Gulfstream Services is embracing the new for global expansion.

Gulfstream Services is embracing the new for global expansion. 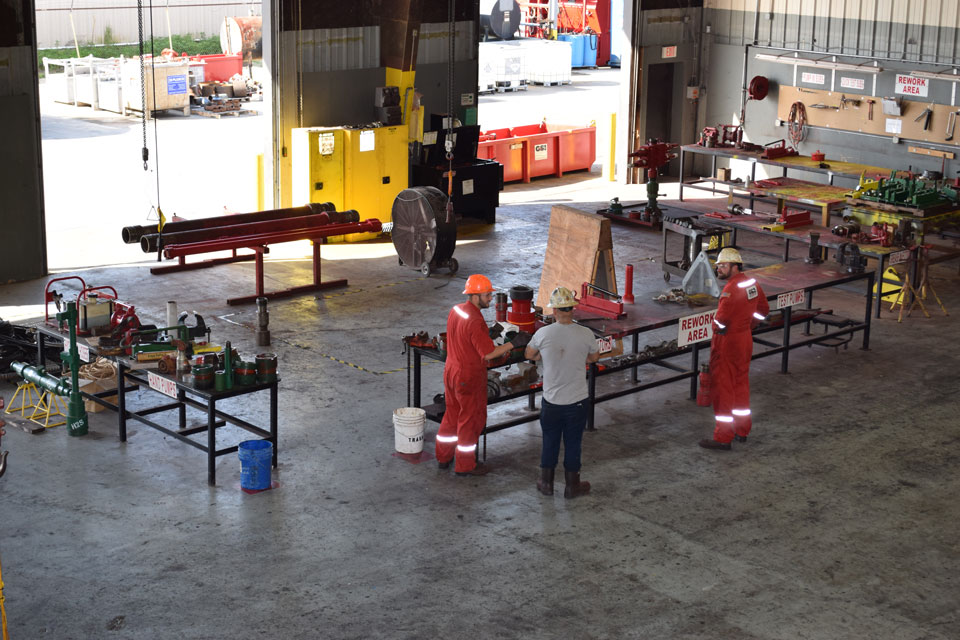 There was a general feeling of uncertainty in the oil and gas industry when Daniel Miers joined Gulfstream Services as its Chief Operating Officer. The market was experiencing a downturn, one severe enough that only the decades-old veterans of the industry had experienced before. There was understandable internal skepticism when Miers—one of the youngest leaders in the industry—started with the company.

“Gulfstream was a little beat up by the downturn,” he said. “Motivation was low. There was a feeling of ‘Oh wow, look at the kid boss coming in,’ when I started.” “Honestly I wouldn’t know how to react if the team acted differently, I have spent my career overcoming the age stigma and I think that keeps me on top of my game.”

It also helps that the ‘kid boss’ has 10 years of experience leading thousands of employees at publicly traded companies.

“But, and I’m not just saying this because I work here now, Gulfstream Services was and is one of the healthiest companies I’ve seen in this industry. They were able to stay profitable through the downturn, which is a huge feat.”

Although Gulfstream Services didn’t suffer as acutely as many other organizations did, Miers was brought in to help the company—and its culture—recover.

“We haven’t changed the company’s values, or the way that Bobby Bond [CEO] has done things. I just brought a little flavor.”

Bond’s father founded the company in 1978; next year will be Gulfstream Services’ 40th anniversary. It began as a small but unique oilfield rental company that Bosco Bond ran until retiring in 1999.  He was succeded by Mike Mire who served as CEO until August 2016 when Bobby Bond was appointed CEO. Today, Gulfstream Services has rental tool, wireline, decommissioning, cement head assembly, and HSE (health, safety, and environmental) divisions, covering a large cross section of the oilfield services sector.

Bobby Bond is a fixture in the oil and gas industry. It’s a big reason Miers joined the company.

“The legacy here is incredible. It’s always been full of brilliant people who know this business better than anyone I’ve ever met.” 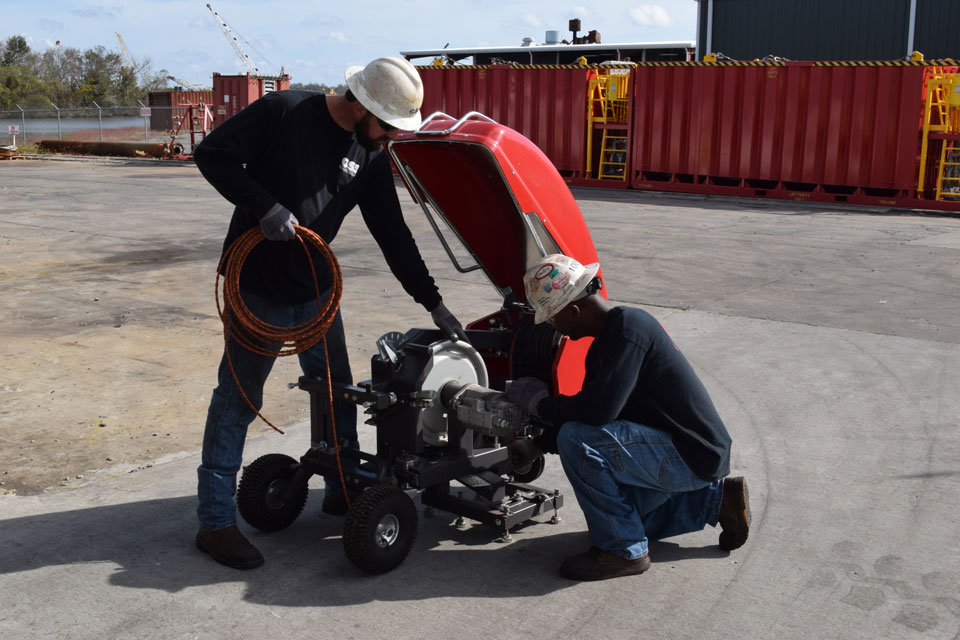 To overcome the negativity left behind by the downturn of the market, however, Miers and the executive team had to make a few changes. They were sensitive to the family culture that had been cultivated over its four decades in operation, as well as the challenges of marrying Miers’ new form of leadership with the views of the old guard.

“Making the old and the new mesh at my previous companies was super hard to do. And while it wasn’t without its challenges here, the whole company was receptive to me. It was a great place to start.”

Miers’ mantra of “teamwork makes the dreamwork” pervades his leadership approach. By trusting those who work around him, he has built a team that is able to hold itself accountable and understands the responsibility to perform.

A Push for Connectivity

With locations ranging from the Permian Basin to Scotland, Miers and the Gulfstream Services team knew they needed to be more connected. With his proven knowledge of team management and an arsenal of new tools, Miers instituted new tech like Slack to help with communication.

“Now we have veterans with 40 years of oil and gas experience using emojis in conversation,” he shared.

A new customer relationship management (CRM) platform has also been widely adopted, and a proprietary inventory management solution is in the works. Miers and his team are looking to push out the pencil pushing and bring in the paperless work.

“40,000 SKUs are super tough to keep track of,” he said. “We have a legacy software now, but we’re moving towards bigger and better. In the end, it will give customers a better experience, as well as utilize RFID tech when our equipment comes back to our facilities and electronic ticketing.

“If there’s a way for us to incorporate technology that will be beneficial to us, it’s probably in our plan.”

Gulfstream Services has seen some structural shifts under Miers and his leadership team as well. Today, each product line has a director. This has proven to be critical to how Gulfstream Services operates, and has made customer service easier. 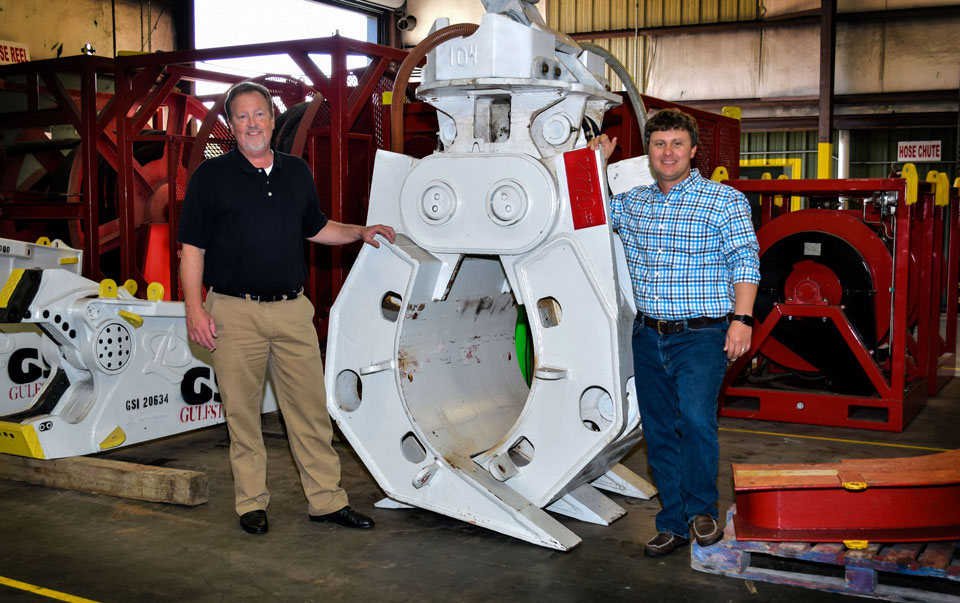 Gulfstream Services’ equipment has been used by several big oil and gas players in over 30 countries around the world. The company has several locations in the U.S., and a presence in Scotland, but is looking to reach even further.

With the backing of a private equity group, Gulfstream Services can pivot and make decisions quickly.

Daniel Miers has only been with the company for just over a year. Already, changes to technology and some shifting of company structure has resulted in a stronger, more resilient company. It’s not easy work, but Miers wouldn’t trade it for anything.

“Gulfstream is celebrating its 40th year in operations in 2018 and companies that last that long, through markets like this, do so for a reason: people. We are a family company that was started by Bosco Bond in 1978 and we take each customer request personally.  If you are an employee that comes to work every day and gives 100 percent you will have a voice and you will be part of the best team in the world.”

Gulfstream Services, Inc. is a global corporation that consists of Seven locations in the U.S. and one in Aberdeen, Scotland. From its humble beginnings in 1978, as a small but unique oilfield rental company, GSI has continually expanded and adapted to meet the needs of the ever-changing oil and gas industry. 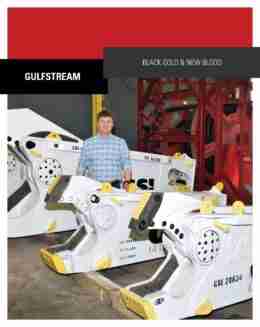