This year looks like it could be a big one for the petrochemical industry—chemical products refined from petroleum—in Canada. The Chemistry Industry Association of Canada...

This year looks like it could be a big one for the petrochemical industry—chemical products refined from petroleum—in Canada. The Chemistry Industry Association of Canada has predicted a 30 per cent growth of capital investments, which could total $3.4 billion overall.

There are several factors working in the industry’s favor: according to the Petrochemical Update, the country’s pro-business taxes, ample resources and energy infrastructure are just a few reasons for the increased investment.

The tax system in Canada is one particular reason petrochemical businesses enjoy operating in the country (hovering around 26 percent for the combined federal and provincial rate), especially because it’s more favorable to petrochemical development than in competing U.S. jurisdictions. On top of this, research and development is encouraged through favorable fiscal treatment.

The 30 per cent growth in the industry isn’t that hard to believe, especially when you take into account the excellent position the country is in to export not just to North American markets, but Asian markets as well. 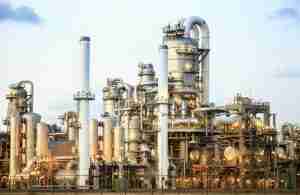 “Canada offers foreign investors in this sector strong production economics,” Michael Atkinson, president of the Canadian Construction Association, said to Oil & Gas 360. “[There is] an established production and transportation infrastructure with 19 refineries and 825,000 kilometers oil pipeline system, and access to one of the largest capital markets for oil and gas companies.”

Ontario is one of the hubs of Canada’s chemical manufacturing—nearly half of the industry is based in the area. The province has a wealth of multi-generation knowledge in petrochemicals, and several global companies, like Nova Chemicals, call Ontario home.

The province of Alberta to the west operates as the country’s leading producer of petrochemicals, which is one of the largest manufacturing industries in the province. The four ethane-cracking plants in Alberta—including two of the world’s largest—produce a combined annual capacity of 8.6 billion pounds of ethylene. This equates to a $15.5 billion market in exports and $7.1 billion in employment for the region.

“Alberta is committed to the ongoing success of the petrochemical industry as it is a model for value-added industry in the province, allowing Albertans to get the most out of the provinces resources – whether in investment capital, exported products or jobs,” shared a report from Energy Alberta.

Since the 1970s the region has pumped billions of dollars into the petrochemical industry, allowing it to increase production for ethylene, polyethylene, ethylene glycol and line olefins, by leaps and bounds.

It’s a good thing that Canada has been so proactive in funding the industry, as several other countries are looking to take a big bite out of the petrochemical market in the coming years. 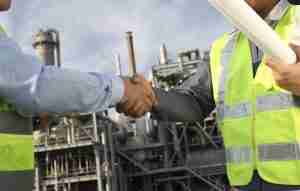 percent growth in its “Indian Petrochemical Industry: An Overview” report. The current output of the industry is a cool $40 billion.

“India stands a good chance in providing a lucrative market to the world as the trend in the global petrochemicals market has shifted to the Middle-East and Asia from the West,” said DS Rawat, Secretary General, Assocham.

China too has been publishing record exports in petrochemicals, with March demonstrating impressive growth in the industry. Of the 45 petrochemical products ICIS tracks in regions around the world, China’s market recorded 29 at higher volumes than the previous corresponding period.

Canada will need to make a strong impression in the Asian markets with its exports to stay ahead of the closer India and China markets.