Green Supply Chain and the Companies Excelling at It 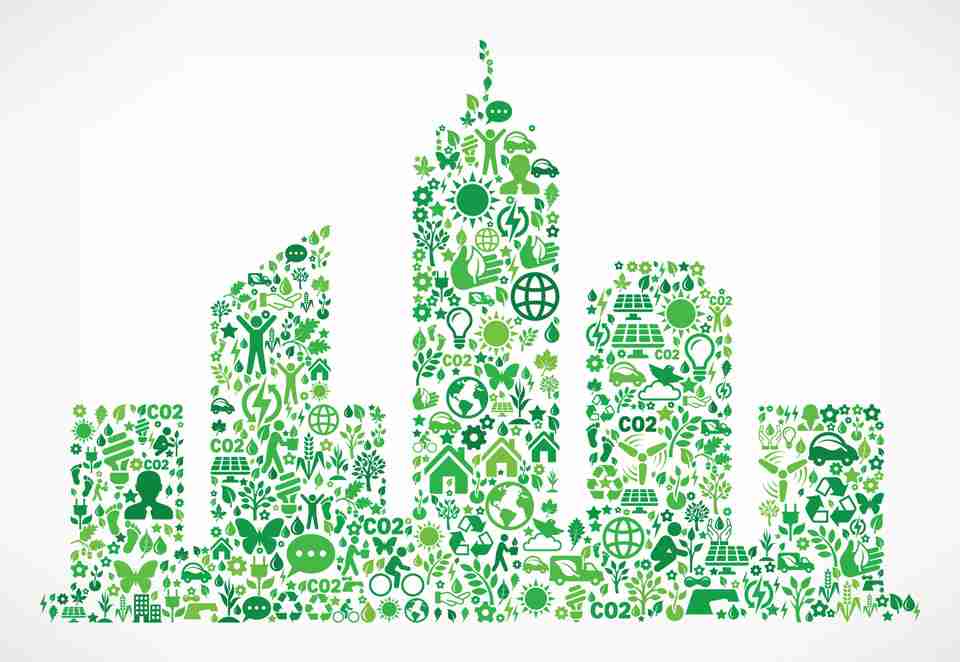 Walk to the store rather than drive. Turn off lights when you leave the room. Use public transportation or carpool. We’ve all heard these, and more, simple pieces of advice that are meant to conserve natural resources—and even followed them when it was convenient.

Just as individuals have been hearing requests to reduce their carbon footprints, so have big companies—and they’ve been listening. In fact, it is some of the biggest companies in the world who have been early adopters of turning to a green supply chain to run their business in a way which not only benefits the bottom line but is good for the rest of the planet as well.

While some companies are looking to develop a green supply chain for money saving reasons, others are noticing the significant public relations boon that comes from being able to show that they are truly making a difference for Mother Nature. Whatever the motivation, moving to a green supply chain is catching on quickly.

In 2015, 195 countries signed the Paris Agreement pledging to a commitment of making the necessary changes to keep global warming below two degrees Celsius above the temperature of pre-industrial days. Many companies have also made a similar promise. ScienceBasedTargets.org serves as a resource to help companies develop and adhere to their own specific science-based targets.

Companies across the world—including Target, Dell, Xerox, Kellogg, and Hilton—have all set company-specific goals, showing their commitment to environmental issues. Setting science-based targets simply means that the 428 international companies who are on board have adopted policies that will reduce greenhouse gas emissions to the point that they are enough to help achieve the levels of decarbonization necessary to reach the goals set in the Paris Agreement. 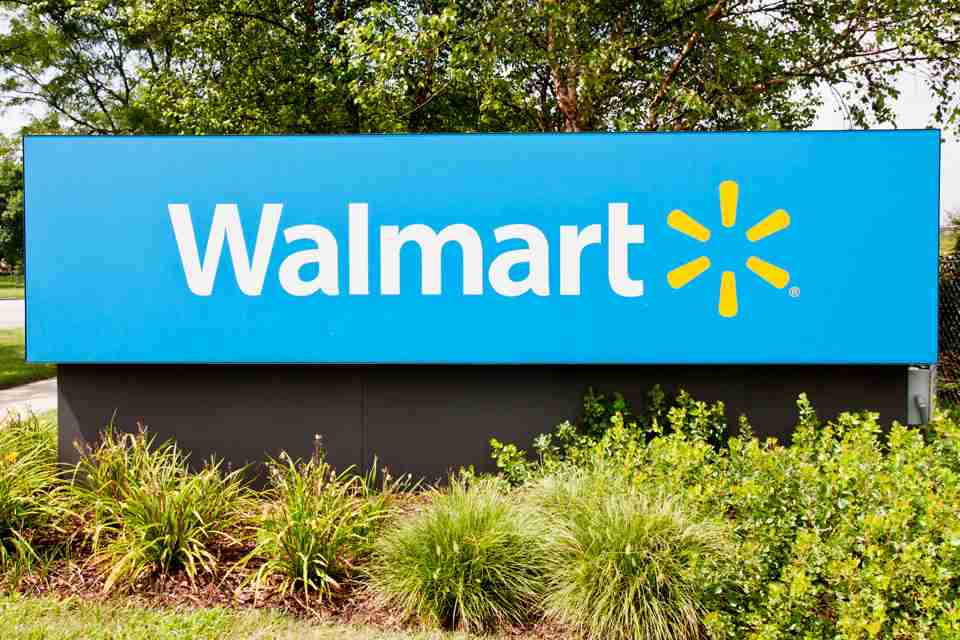 Walmart is one of the companies leading the way. In fact, the corporate giant was the first retailer to sign on with Science-Based Targets and plans to work with its supply chain across the globe to ensure a total reduction of one billion metric tons of greenhouse gas emissions by 2030.

To this end, work is already underway in China, where Walmart hopes to achieve an emissions reduction of 50 million metric tons. The company has a Factory Energy Efficiency Program in place that launched in 2014 and, in addition to aiding the environment, the initiative has saved the company over 40 million dollars to date.

Facilities have been retrofitted to be more efficient, replacing old lighting systems with LED lights, upgrading refrigeration units, and more. In an increased commitment to sustainability, the company has also invested in on-site solar systems and partnered with suppliers and local governments to increase access to renewable energy.

“As one of the world’s largest retailers, we are working to reduce the environmental impacts all along the supply chain, from farming and manufacturing through consumption to end of life,” Walmart states on its website. The company is lessening its environmental impact by sourcing more products locally. This also further promotes economic inclusion and opportunities in communities.

In addition to its science-based targets pledge, Walmart has also committed to reducing its emissions by 18 percent by 2025, a year by which they also aim to be powered 50 percent by renewable energy. Part of accomplishing that will be reaching another, more immediate goal which Walmart has set of procuring seven billion kilowatt hours of renewable energy by the end of 2020. Of course, these plans do more than help the environment; if Walmart hits its goals, the company is also expecting to save one billion dollars on energy by 2020.

To assure they keep pace with their goals, Walmart have a Responsible Sourcing program put in place to make sure each link on its chain is held to high standards. Every facility along the supply chain must be available for an audit to make sure they are in compliance with social, environmental, and safety requirements put in place by the company. Areas which have a higher risk of being out of compliance have more resources dedicated to auditing. 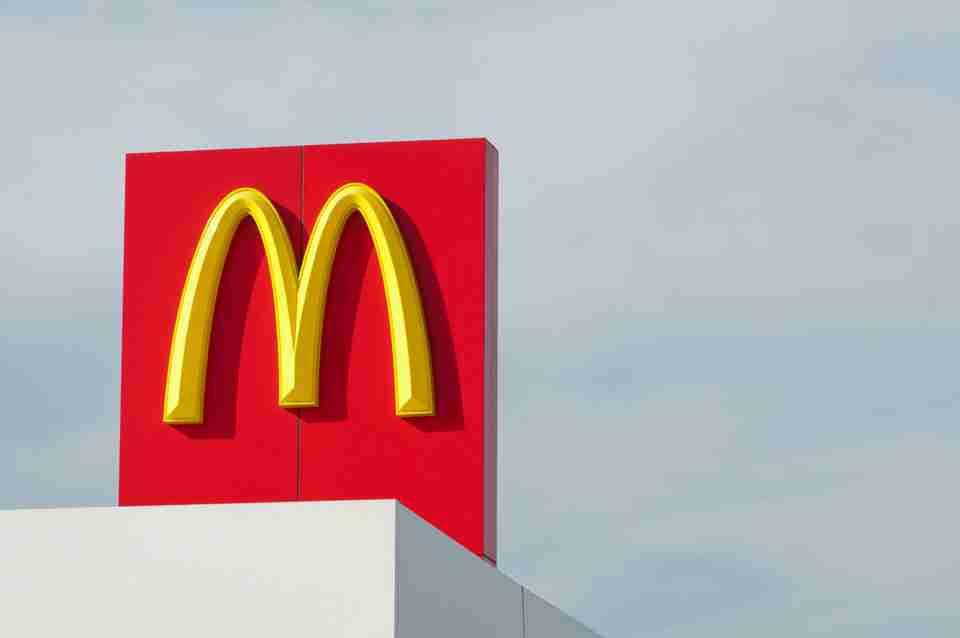 McDonald’s is also on board and, if its work in the United Arab Emirates is an indicator, it could be a major trend-setter among fast food franchises. In the U.A.E., McDonald’s teamed with biodiesel company Neutral Fuels to use its cooking oil waste to power a fleet of biodiesel delivery trucks.

By mid-2018, the biodiesel-powered trucks in the U.A.E. had driven 6.2 million miles for deliveries throughout the country since starting the program in 2011. Although the cost of running biodiesel trucks is actually slightly more expensive than using standard diesel trucks, McDonald’s UAE is happy to be a leader in adopting a supply chain model that could eventually be commonplace.

Similar to Walmart, McDonald’s was the first restaurant chain to agree to Science Based Targets. Worldwide, McDonald’s has set the goal of reducing their emissions by 36 percent by 2030. Sustainable packaging, energy efficient equipment in the restaurants, and LED lighting are all part of the plan , which includes reducing emissions intensity throughout its supply chain by 31 percent.

Of course, being a burger restaurant requires a lot of beef and the amount of cattle required to supply that beef raises its own environmental concerns. McDonald’s has been working with others in the industry to find the best ideas for sustainability in beef. Meanwhile, the company is working with local teams made up of advocates, farmers, and governments to manage natural resources responsibly and encourage efficiency and innovation. Across the globe, McDonald’s is working with local members of their supply chain to ensure that their beef is of high quality, safe, and environmentally sound. 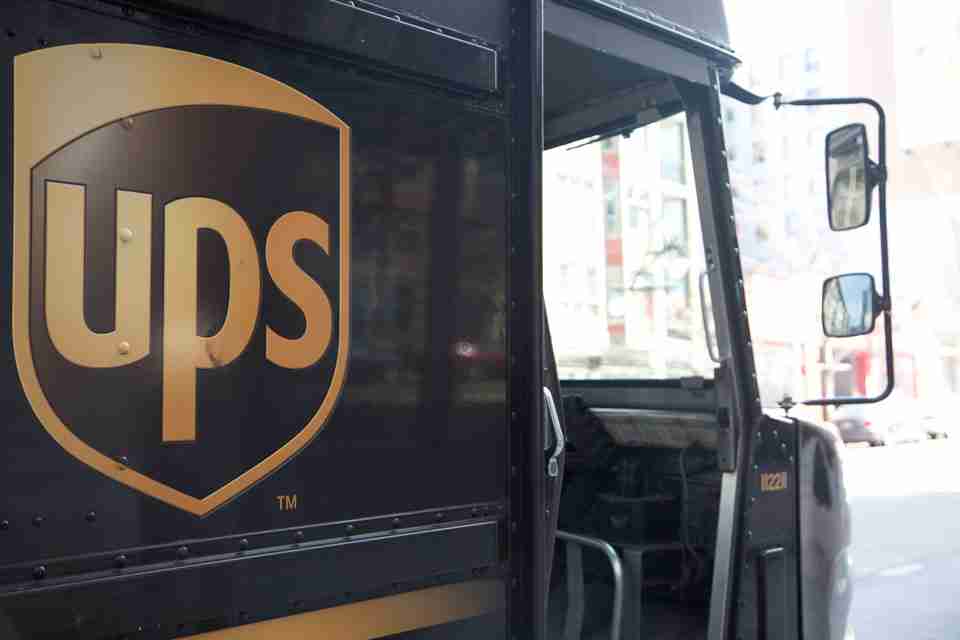 Closer to home, UPS has committed to invest $130m in alternative fuel powered vehicles. However, their fleet will be powered by compressed natural gas. The $130m brings its total investment into alternative fuel and tech over the past ten years to more than one billion dollars.

As the top consumer of natural gas in the transportation industry, UPS already demonstrates a leading model for going green, having used the equivalent of 15 million gallons of renewable natural gas to power its trucks in 2017. By adding 730 compressed natural gas vehicles, UPS hopes to continue its reduction of carbon dioxide emissions and serve as an example to other companies that vehicles powered by natural gas can be effective for nationwide deliveries. 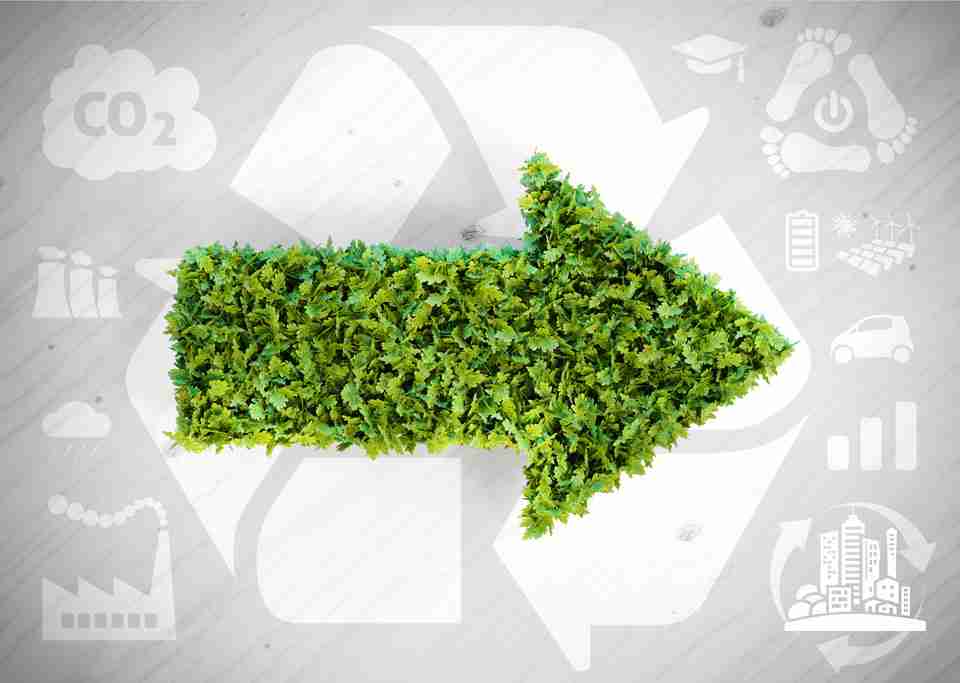 International food company Nestle has proven to be a global leader in creating a green supply chain. Their “life cycle approach” examines each product at every step its production, assessing its environmental impact.

The process begins with farmers who are educated and trained on best practices and evaluated on their sustainability efforts. The company teamed with the Swiss College of Agriculture to create their Response-Inducing Sustainability Evaluation (RISE), which assesses the ecological, social, and economic impact of dairy farms. Data is gathered and a farm’s sustainability strengths and weaknesses are reported. Nestle then meets with farmers to discuss ways to improve.

The RISE program has led to innovations, including the best ways to handle and store manure. Now, in countries like Indonesia, China, and Mexico—countries that provide most of the company’s dairy—Nestle’s farmers are using biogas digesters which trap methane. This has two advantages: cutting down on greenhouse gas emissions and providing methane that can later be used for cooking or, in some cases, electricity.

At the manufacturing stage, Nestle has set a goal of being emissions-free by 2030. To accomplish this, they are switching to clean fuels and auditing and improving factory efficiency. The company also labels all products to aid in the end-of-lifecycle treatment of its packaging. If there are any questions regarding the best way to dispose of Nestle’s containers, customers can download an app which provides answers to environmental questions.

There is clearly more room to grow when it comes to building a green supply chain and operating energy efficient companies, but the trend is underway. In a lot of cases, big savings are not there yet and some of the bigger companies are committing to science-based targets mainly out of a sense of doing what is necessary to sustain the planet or to be at the forefront of sustainable technological innovation. However, as alternative fuel and the necessary filling stations become more plentiful and the costs drop, savings will follow and more companies will see the benefits of investing in a green supply chain.