Green Energy Oilfield Services, LLC, may not have a very long history, but the company is already contributing to the oil and gas industry in Texas in a very positive way. As the first all-natural gas (LNG) fueled oilfield services fleet in Texas, Green Energy is a leading provider of fluid management services including transportation, storage, and disposal services for major and independent exploration and production companies.

The company was founded in late 2011 with the help of a private equity backer. With a starting fleet of 60 LNG-powered trucks and 460 frac tanks, Green Energy began working with XTO, a division of Exxon, handling 100 percent of its production fluids in its Fairfield, Texas area locations. Unfortunately, the locations turned out to be a declining dry gas area, and Green Energy’s involvement on XTO’s sites could not even utilize half of Green Energy’s assets upon startup in June of 2012. 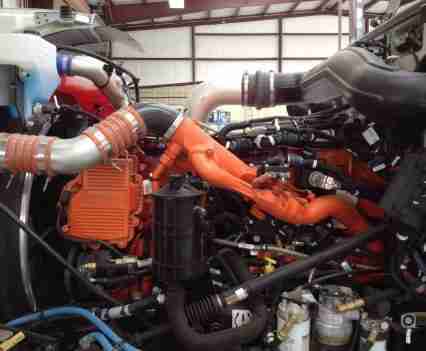 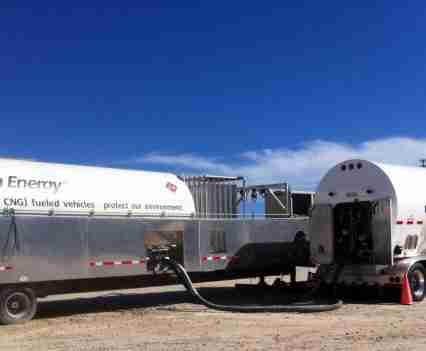 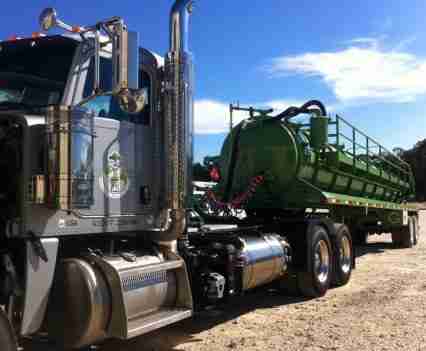 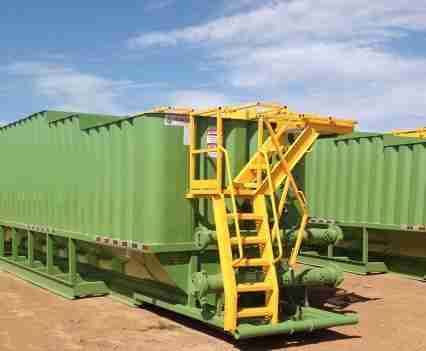 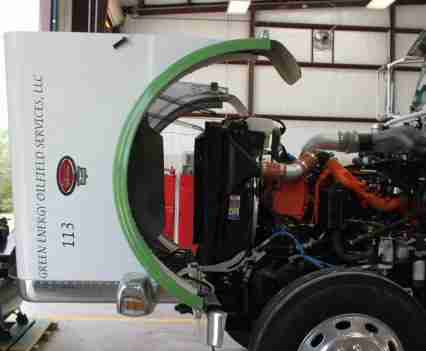 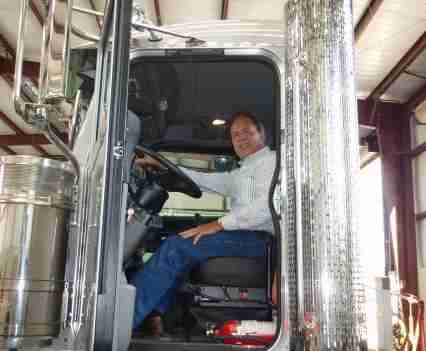 When Joe Monroe, president and CEO, was brought on in October 2012, he had to make several quick decisions to keep the company afloat.

“I was basically brought on to save the company,” Monroe, said. “We rapidly diversified into the more prolific and economical oil and gas areas of South Texas, the Eagle Ford Trend. Now, in 2015, we’re where we want to be.”

With three yards in South Texas, the ability to operate 24/7, and the addition of customers on a daily basis, Green Energy is still in the process of ramping up, but has come a long way in their short history.

Today, the company has LNG refueling stations at each of its yard locations, has purchased 24 additional LNG 15-liter trucks with vacuum trailers, and is looking towards further growth and new locations throughout productive areas of Texas.

“It’s key,” Monroe said about the importance of professionalism within the company’s organization. “Our goal is to be transparent and honest, and provide an excellent service to our customers.”

Green Energy’s managers operate in a professional manner at every level, with an emphasis on this part of the company culture when dealing with clients in particular.

Another key part of Green Energy’s professional company culture is its focus on safety. The company created its safety-first environment from the get-go, and the data proves that it is an ingrained part of the company. Green Energy is almost second to none in its TRIR—total recordable incident rate—and has an impressive 19 million miles driven from the start of the company to the end of last year with zero at-fault accidents. With minimal or no spills on location, the company’s excellent safety record pays big dividends with its customer base.

Today, the company has LNG refueling stations at each of its yard locations, has purchased 24 additional LNG 15-liter trucks with vacuum trailers, and is looking towards further growth and new locations throughout productive areas of Texas.

Not only does the company enforce rigorous in-house safety training, but Green Energy also meets all of the safety requirement training its customers expect, including H2S, HAZMAT, and the like.

Even Green Energy’s hiring process focuses on safety. Candidates for new driver positions must have at least three years’ experience with driving in the oilfield industry. If the candidate is determined to be a good fit, he or she goes through a few days of classroom training before the company even sees how he or she drives. Then, the prospective driver spends a week or two in the passenger seat with the company’s best drivers to learn routes and techniques. The driver doesn’t fully have the job until he or she passes the driving test done with supervisors.

As for the company’s status as the second largest consumer of LNG in Texas, Monroe shared that there were great benefits to using the natural gas.

“We’re filling up for $1.20 a gallon. Our original order of trucks was expensive—more expensive than diesel-powered trucks—but we’ve made up for it with the price of our fuel. As long as we don’t waste our fuel, it’s worth it in the long run, especially in regards to not harming the environment.”

Green Energy was the first company in the region to run a fleet 60-plus vehicles strong on LNG. Monroe shared that the company acted as a willing guinea pig with LNG, as not much was known about what might break or fail with the fueling systems operating in the rigorous oilfield environment.

“There was a definite learning curve,” he said. “But it’s been worth it.”

Monroe said that although the company is on the right path to be successful in the region and industry, there’s still a lot of work to do.

“We’re not quite at 100 percent utilization yet. We’re hoping that we’ll hit that figure by the end of the summer this year,” he said. “We’re looking at the possibility of expanding as well, geographically speaking.”

The company has a lot to offer: by being able to provide a zero-emission alternative in the oil and gas industry is a big one, but then again so is Green Energy’s young and reliable vehicle fleet, and its great quality service offering at a competitive price. 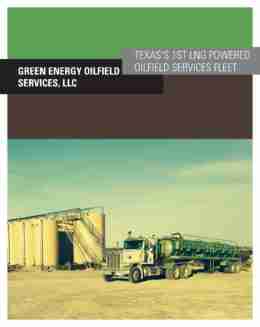