Raise a Glass to Granite City 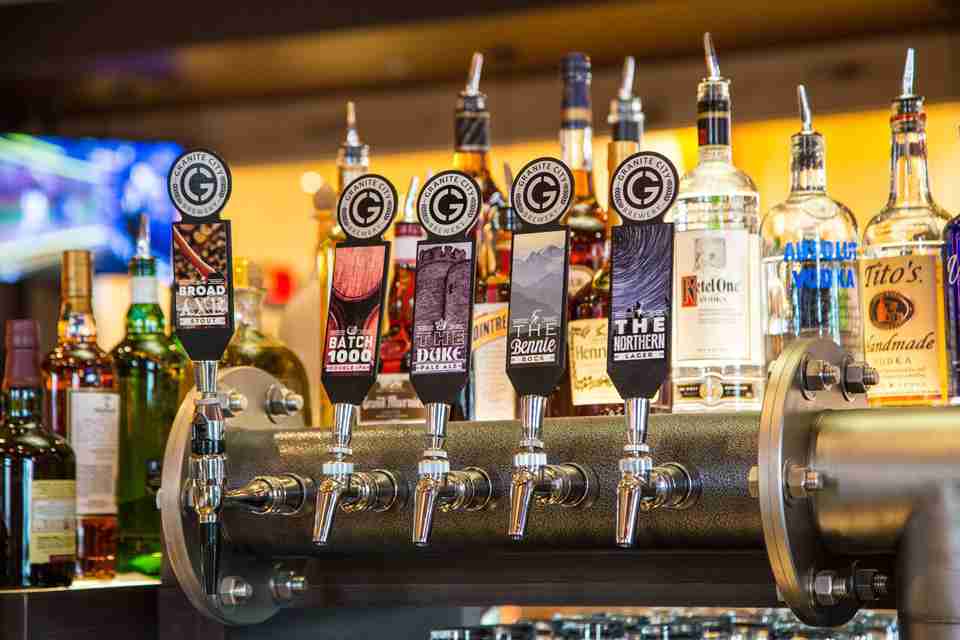 Years before our national obsession with celebrity foodies created a generation of kids aspiring to be the next Gordon Ramsey or Alex Guarnaschelli, first grader Dave Brantner had his heart set on the kitchen.

Today, Brantner is the Corporate Executive Chef for Granite City Food & Brewery, an award-winning polished casual restaurant chain based in Minneapolis, MN. With 35 restaurants in 14 states, Granite City Brewery has parlayed the locals’ legendary love of great craft beer and scrumptious food into a thriving network of eateries—each with its own in-house microbrewery.

“We make fresh craft beer in-house, every day at every single one of our locations,” Brantner shared. “The craft beer market is really hot right now, and is expected to continue to be. It’s a real differentiator for us.”

In an era of furious competition in fast casual dining, Granite City delivers a truly authentic craft beer experience at each of its locations—a game-changing feat in the sector.

“Being recognized by the Brewers Association as an Independent Craft Brewery, we brew our beer on site to give us the ability to serve our guests the freshest beer in the world.

“The only difference between us and other breweries is that we begin the brewing process in a central location, and then finish on site in each of our locations. No bottles, no kegs. Straight from the tank to the tap, because ‘Fresh Beer Just Tastes Better’,” said Brewmaster R.J. Nab.

Excellence on the Plate and in the Back Office 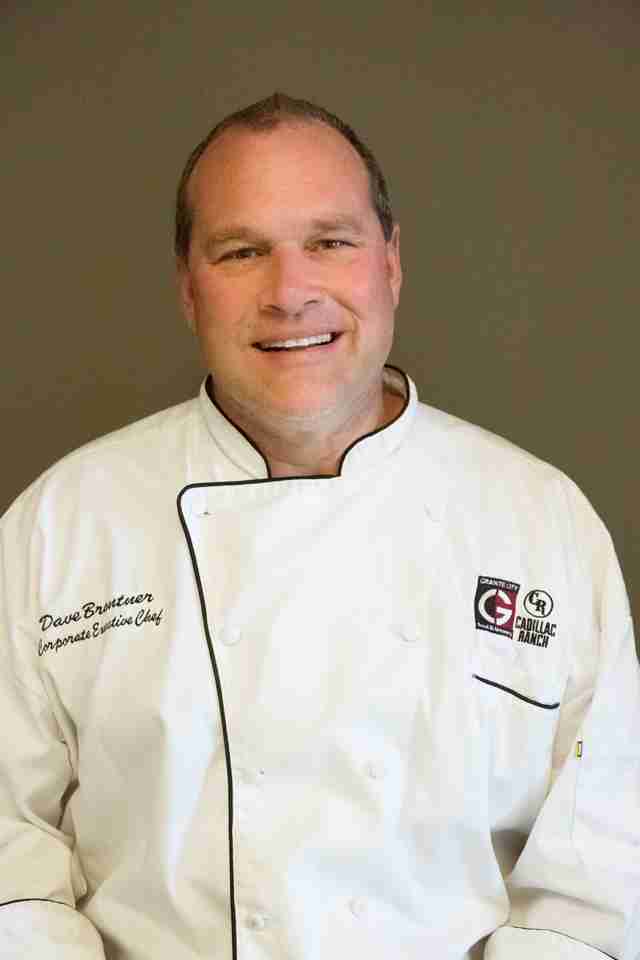 “My classmates all wanted to be football players or firemen, but I wanted to be a chef,” Brantner recalled. “It was an interesting career choice.”

At 17 he enrolled in culinary school and subsequently honed his cooking and management skills working in several high-profile kitchens including in Hyatt Hotels, Marriott, and the Cheesecake Factory.

Bratner joined Granite City in 2008, and led the company through a technological upgrade that included introducing digital kitchen technology, an actual vs. theoretical variance inventory system, and a web-based recipe system.

A move to the Director of Operations role after years in the kitchen, or as he calls it, “the heart of the house,” offered new perspectives on the area where patrons are received and dine.

“It allowed me to see more of the guest experience and how we needed to understand what the guests were looking for,” he recalled.

“Between my years of heart of the house experience and kitchen management, I’ve been able to marry all those experiences together and focus on what our core guest is looking for, ensuring we deliver daily to all our guests.”

What Granite City delivers is a mouthwatering selection of dishes that are truly made from scratch.

“I focus on developing our flavors and profiles in our prep room, and then bring those items to the line so they’re easily executed,” he explained. “This way, we’re able to give our guests food that’s hot, fresh, and really consistent.

“It’s an interesting career path, and not one that’s taken by a lot of people. But with a passion for food and a passion for restaurants in general, I also have a huge desire to train and develop people. I’ve been blessed with the ability to connect with our team, our staff, and our guests,” he said.

Brantner’s affinity for mentoring ties in with the company’s dedication to training, development, and promoting from within. Wherever they start in the organization – as dishwashers, servers, or line cooks -- Granite City’s employees have the opportunity to move forward and excel.

“We’re amazing at promoting from within,” he stated. “Each of our Directors of Operations have been a General Manager in one of our locations at some point. When you know every aspect of the restaurant you become a better leader.

“You’re able to hold everyone accountable by knowing all areas of the restaurant, additionally, promoting from within is great for morale!” 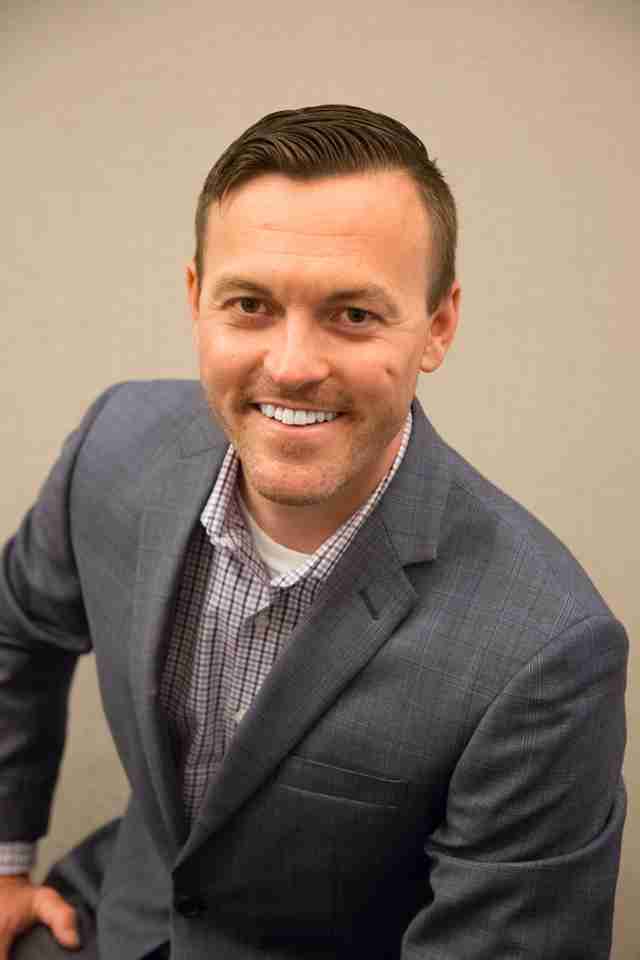 “We are building and fostering a community of craft beer fans for life,” Brantner declared, “And not just with food and beer. We are currently launching our own brand of service called Craft Beer Hospitality, which combines our outstanding food and beer, with our desire to give our guests a unique dining experience centered around what they need, not what we think they need.”

Of course, many dishes offered on the Granite City menu are prepared using their fresh craft beers. As you’d expect, the restaurant’s beer batter is flavored with home brew.

In a testament to its “everything from scratch” approach, Granite City’s short ribs are braised in its signature stout for four hours. An Oktoberfest favorite, its giant Bavarian pretzels are topped with Kosher salt mixed with spent hops and grains.

Sunday brunch is a big hit with fans, too. In addition to brunch fare like eggs Benedict, tasty specialties such as roasted prime rib and creamy reggiano cheese potatoes accompanied by Batch 1000 IPA draw weekend crowds without fail.

“With every plate we serve, we take an extra 15 or 30 seconds to make sure it’s the kind of dish that we’d want to serve to the most important person in our lives.”

We’ll drink to that!

Granite City Food & Brewery commenced operations in St. Cloud, Minn., in June 1999 and has grown to include 35 restaurants in 14 states. 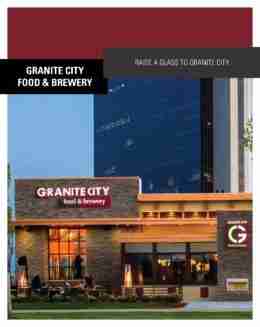