Despite being years behind schedule, Google pushes forward with its King's Cross headquarters plans.

Despite being years behind schedule, Google pushes forward with its King’s Cross headquarters plans. 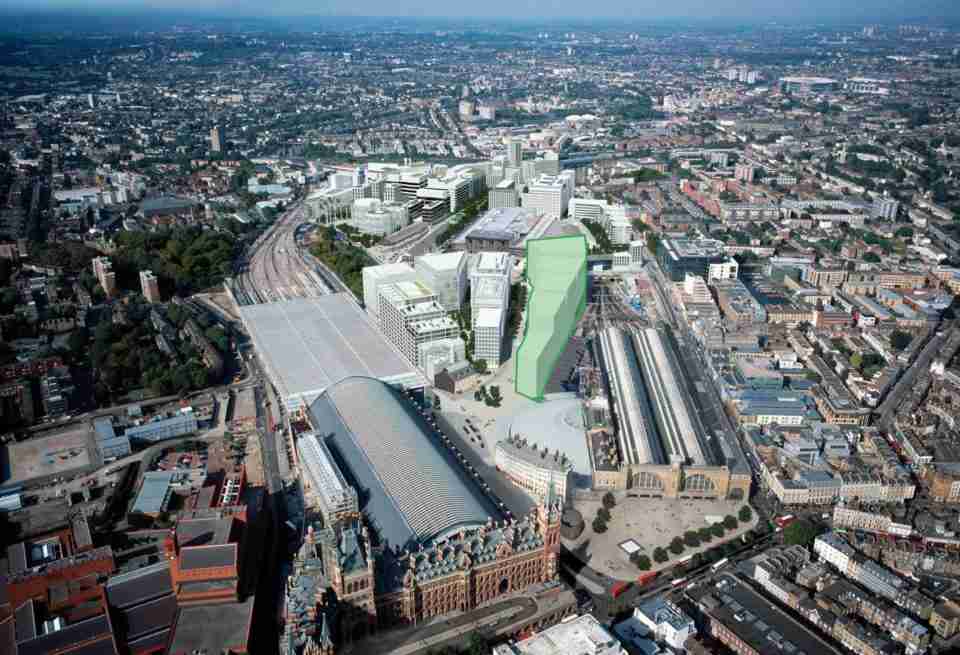 While the project already being years behind schedule, new plans for the Google London headquarters have just been submitted.

The long, thin plot of land behind King’s Cross train station is the future site of what is now being called Google London’s “landscraper.”

Measuring over 1,000 feet in length, the building will be even longer than The Shard’s Shangri-La Hotel is tall—which is currently the tallest hotel in Western Europe.

Interestingly, if the initial plans hadn’t been scrapped the Google London headquarters would already exist. 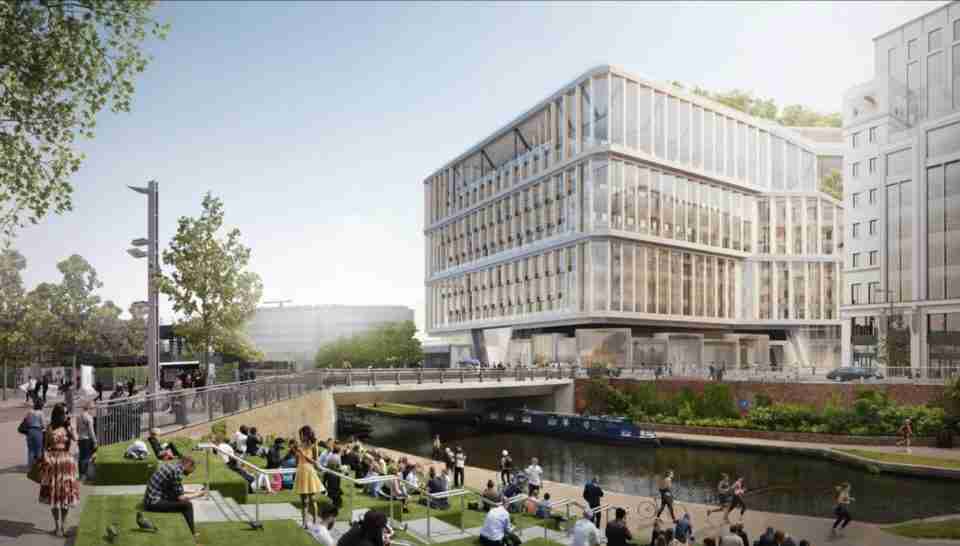 Google London’s Uphill Battle
Plans for Google London headquarters were originally announced in January 2013. The intent was to move into the $1 billion building by 2016. In September 2013, proposed designs by Allford Hall Monaghan Morris were submitted.

In the months that followed there was no building activity, leading Google to announce their deadline had been pushed back by a year to 2017. Eventually, there was no longer an official completion date for the Google London headquarters.

Following the multiple changes to their deadline, it emerged that plans for the Google London headquarters had been scrapped entirely.

Heatherwick Studios and Bjarke Ingels Group collaborated in drawing up the new plans. Interestingly, they bear a striking resemblance to the original ones. 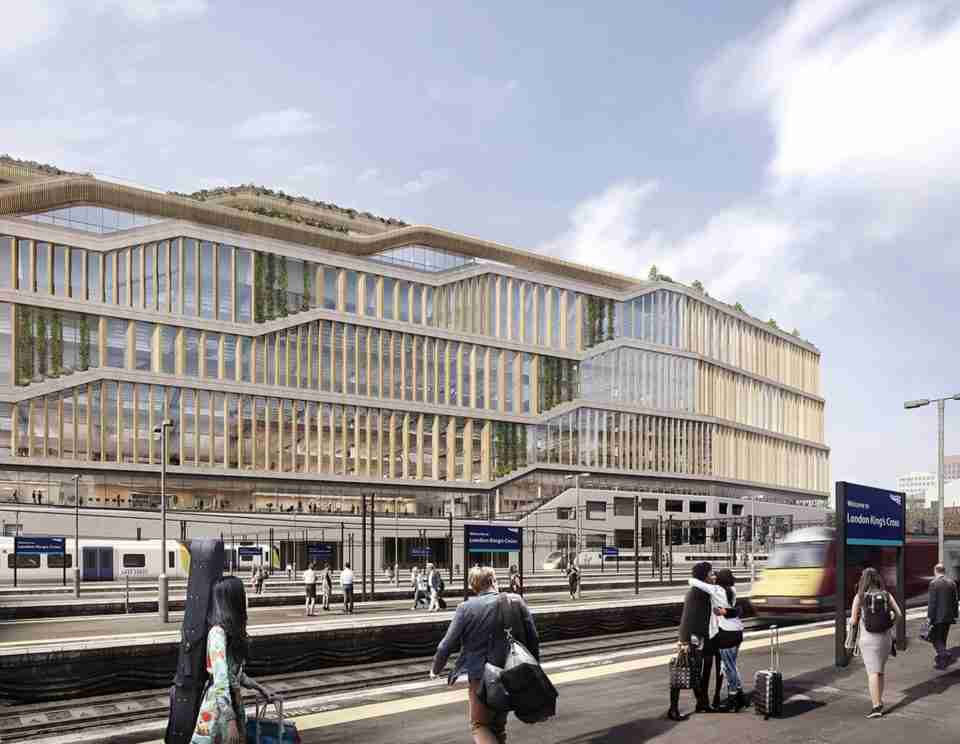 The Future of Google London
Despite the new plans being submitted, there’s been little to no activity on the site. Due to the continued stall on the construction of the Google London headquarters, the company has taken up residency in an existing building nearby.

Google has additionally secured a smaller property at King’s Cross. This means that once the original building is completed, the Google London headquarters will comprise of three buildings in the same general area.

Upon completion, Google London’s “landscraper” will comprise around 1 million square feet. The 11-floor building is set to be one of the tech company’s largest bases worldwide, with the capacity to accommodate 7,000 employees. 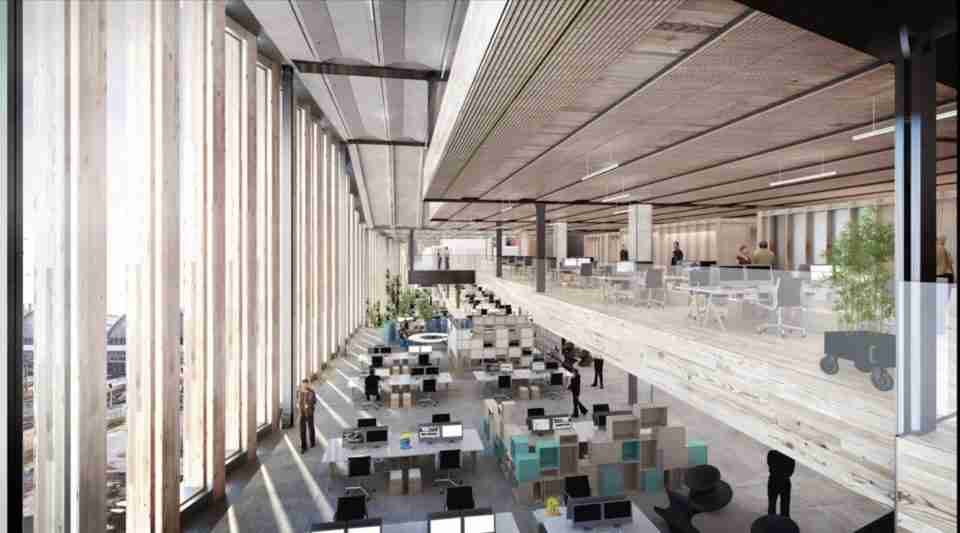 According to Heatherwick Studio’s press release, the building will have a natural theme, with the roof resembling a small park. It will also reportedly have rooftop solar panels, motorized timber blinds, space for 686 bicycles, and merely four car parking spaces. 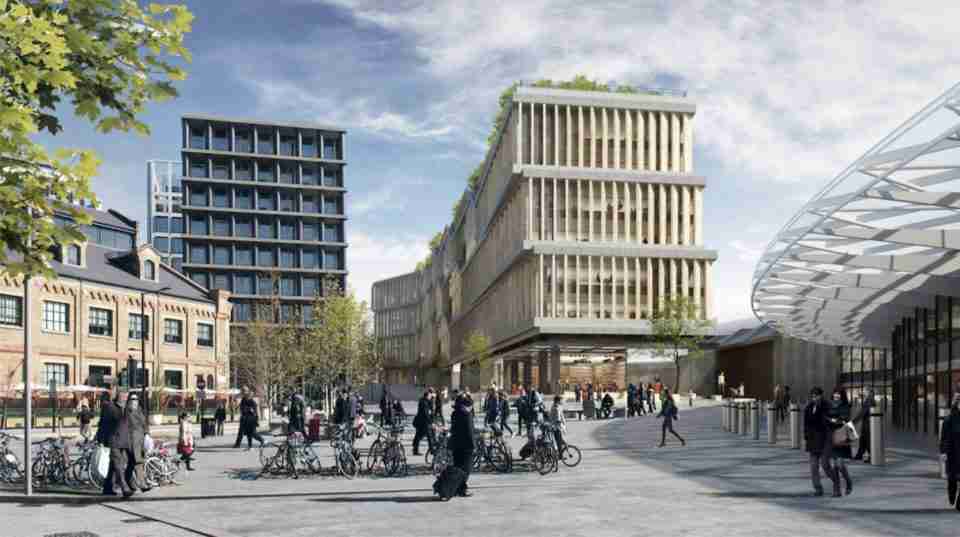 Founder of Heatherwick Studio and joint designer of the new building, Thomas Heatherwick explained, “As my home and the home of my studio for more than 15 years, I have a close relationship with King’s Cross. The area is a fascinating collision of diverse building types and spaces and I can’t help but love this mix of massive railway stations, roads, canals and other infrastructure all layered up into the most connected point in London.”

“Influenced by these surroundings, we have treated this new building for Google like a piece of infrastructure too, made from a family of interchangeable elements which ensure that the building and its workspace will stay flexible for years to come.” 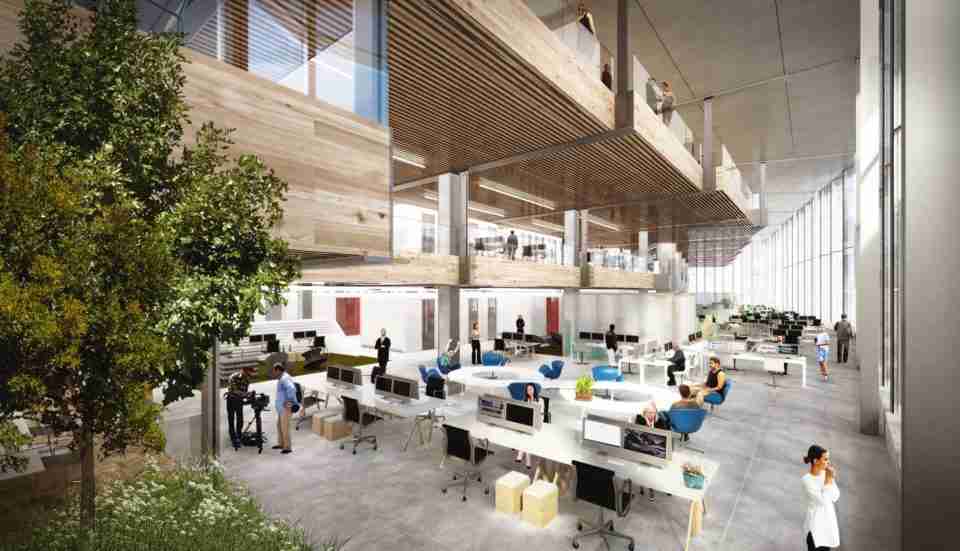 Employee Amenities
Apart from their eco-friendly features, the building will boast a long list of amenities for Google employees, such as a swimming pool, a running track, and additional exercise facilities.

While it has been an arduous journey so far for Google London, the project is progressing nonetheless and its future has Google CEO Sundar Pichai optimistic.

“We see big opportunities here. This is a big commitment from us — we have some of the best talent in the world in the UK and to be able to build great products from here sets us up well for the long term,” said Pichai.