AR Technology: Google Glass is Back

Google is taking another chance on its AR device, this time with an Enterprise Edition. How are certain marketplaces adopting the technology?

Google is taking another chance on its AR device, this time with an Enterprise Edition. How are certain marketplaces adopting the technology? 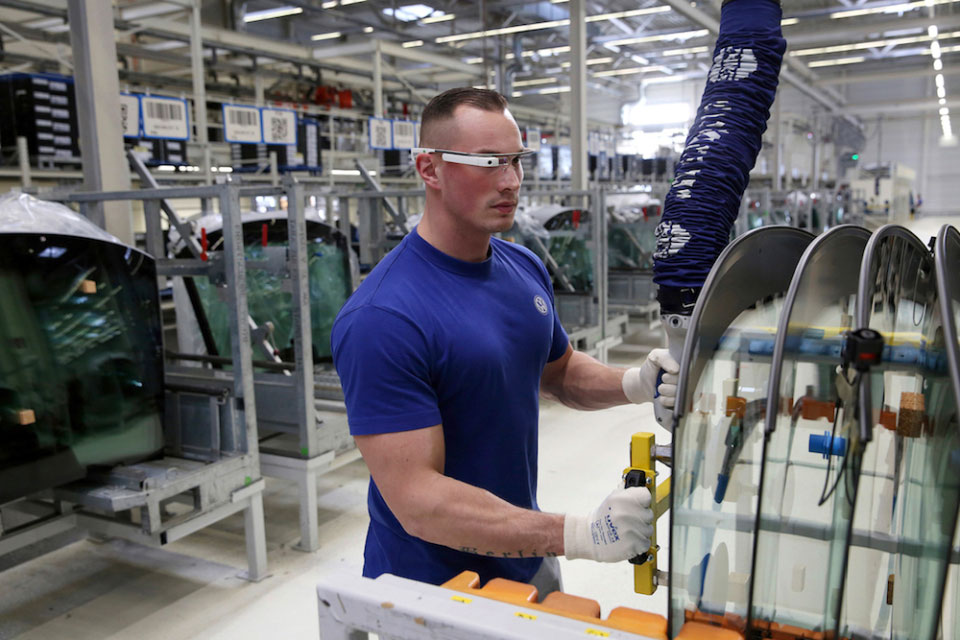 There were plenty of skeptics when Google announced the first incarnation of Glass in a limited developer’s release back in 2013. But now that wearable AR technology appears to be coming of age in a big way, it looks like the web search giant might have the last laugh.

For the last two years, Google has been working with a variety of companies and industries to find ways to incorporate its AR device across a broad spectrum of businesses. One of the troubles when it first launched was a lack of real-world case studies to prove the technology was not only viable, but actually useful in an industrial setting.

Now, Google is hoping to set the record straight. With a host of high-profile adoption successes already in the bag in manufacturing, agriculture, and healthcare, it’s clear Google is going to enjoy its head start in this fledgling market for a while to come.

The first version of Google Glass failed to establish a foothold in the consumer electronics industry for two reasons. First, there were privacy concerns in public spaces. Second, we were already inundated with ways to check in with our friends on Facebook and take photos and video of the world around us.

Why would we need a pair of augmented reality glasses to do the same things our phones can already handle?

So, when Google sat down to figure out what a triumphant second act could look like for Glass and Google-branded AR technology, the answer was deceptively simple: target enterprise first, and everything else will follow.

Now, “Enterprise” is 33 percent of the product’s name, and with good reason. In the past, skilled and even semi-skilled workers in factories, workshops, and assembly line floors had to consult or memorize passages from thick operational manuals as they went about their routines.

More than any of its other promises, the huge opportunity Google Glass now represents is the streamlining of information access and quick recall. Augmented reality in manufacturing is in the process of fundamentally transforming the industry as we know it.

Augmented Reality in Construction and Agriculture 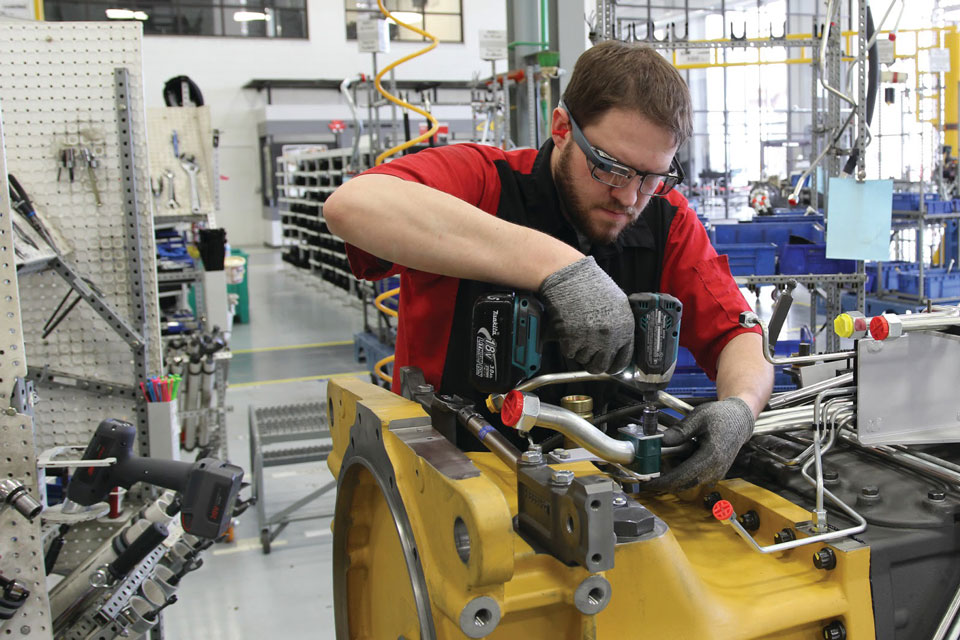 Chalk up a big win for Google’s PR team: to make Glass relevant, they targeted some of the most important industries out there, and with very exciting results.

AGCO, an early pioneer of Google Glass, has found Google’s augmented reality wearable to be a huge asset in heavy equipment manufacturing. If you’ve spent any amount of time around complex machinery, you know there’s a lot that goes into its design and manufacture, including performing safety checklists at just about every stage, making reports on progress, and referencing important texts and documents on the fly.

After incorporating augmented reality into its manufacturing process in the form of Google Glass, AGCO saw production time drop by 25 percent. Given the importance of complex machinery on the maintenance of public infrastructure and farmland, this is no small accomplishment—and it’s one we may soon feel far and wide across the globe as AR technology proliferates in industry.

AR technology could deliver results like these to a host of industries that rely on complex and often regulation-heavy manufacturing processes. CAT dealers like Foley, Inc. stake their claim on offering bleeding-edge technologies and machines that comply with ever-more-stringent environmental regulations.

From design all the way down to the rental of important infrastructural tools like heavy construction, demolition, and paving equipment, AR technology has the potential to help us accomplish technological breakthroughs and see them distributed throughout complex industries faster than ever.

Augmented Reality in Medicine and Beyond

Of course, building heavy machines isn’t the only task in which Google Glass has demonstrated its usefulness. Healthcare in the U.S. is quickly revolutionizing with help from modern AR technologies including Google Glass Enterprise Edition.

In just the Sutter Health network alone, and in just the last three years, more than 175,000 patients in the Southern California region have experienced firsthand the benefits of bringing Google Glass into the physician-patient relationship.

The potential is huge. After using Google Glass, some physicians reported freeing up about two hours in an average day. That’s time they previously spent on the organizational and bureaucratic demands of practicing medicine, such as typing up patient notes.

But how does it work?

Pilot programs used Google Glass and its augmented reality capabilities to add an additional layer of oversight to even routine checkups. Scribes maintain contact with physicians as they attend to patients through Google Glass itself.

It’s pretty futuristic stuff: the doctor can receive notes in real time, in their peripheral vision, from the Scribe with updates about the patient and even reminders to follow up on patient comments the doctor may have missed the first time. The idea of inviting another party into the doctor’s office with patients might sound intrusive, but as with everything else that goes on in medicine, privacy is of paramount importance.

According to Dr. Albert Chan of Sutter Health, more than 90 percent of his patients accepted the technology and found it helpful. Adoption rates will likely take care of themselves when the benefits of AR technology become more widely known.

Few people enjoy overly long wait times—especially when they’re not feeling well—but AR technology can help take a great deal of the burden and stress off already overburdened healthcare workers and allow them to focus on the practice of medical care instead of the paperwork, even if it’s the digital kind of paper.

Progress is also being made in supply chain. DHL is demonstrating how Glass and AR technology in general can streamline another familiar task: the administration of a warehouse and the shunt-and-shuffle of sending parcels all over the country and the world.

The company calls its early Glass-powered efforts “visual picking”—and it’s already seeing augmented reality deliver great results in the location and classification of packages in warehouses. Put more simply, it further reduces the chance of human error and makes it that much more likely that the right package make it to the right destination.

AR Technology Is an Industry in the Making 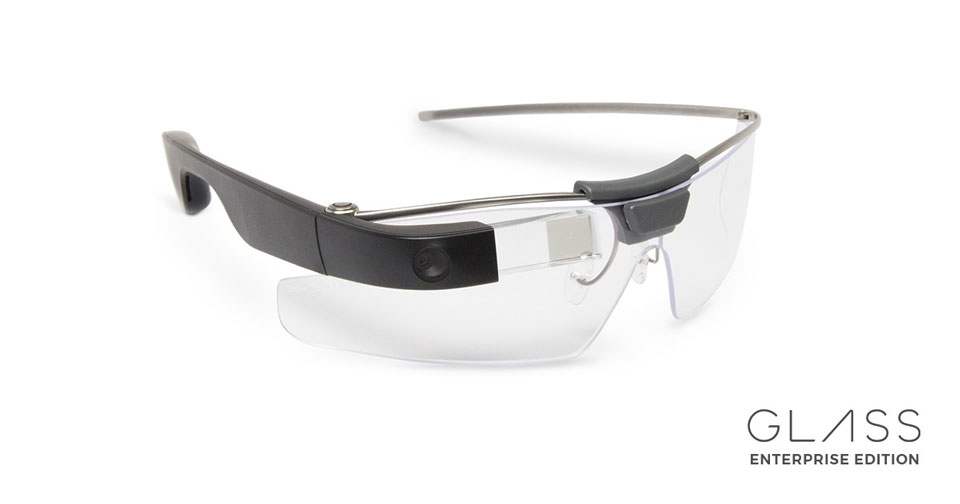 The adoption rate among Dr. Chan’s patients is hugely encouraging: it means that if augmented reality can catch on in something as personal and important as medicine, it can realistically gain a foothold everywhere else, too.

If the time savings it has already brought to medicine and manufacturing prove consistent among the other industries we rely on for modern life, we can look forward to a huge lift in our collective productivity and, potentially, even our health and happiness.

Naturally, Google isn’t alone in the quest to make AR technology relevant to each of us and to industry.

Apple’s new flagship smartphone, the iPhone X, has AR technology built in—all that’s missing is an accompanying headset, which the Cupertino tech company is already reportedly working on. Google has a sizable head start, but as with every emerging technology, we’ll soon be spoiled for choice and will likely be able to pick our AR headsets based on the same criteria we apply to the rest of our technologies: our design sensibilities, and our operating systems of choice.

Granted, it might be some time before anyone comes up with a pair of augmented reality glasses fashion-forward enough to bring this tech into the lives of mainstream consumers and choosy fashionistas. For that to happen, the underlying technologies need to see even more miniaturization. Nevertheless, alongside the host of other Industry 4.0 achievements quickly changing the face of business across the world, augmented reality is clearly a force that’s here to stay.

Business leaders who choose to ignore AR technology will do so at their own peril after it becomes as ubiquitous—and as self-evidently useful—as the internet did those long years ago.