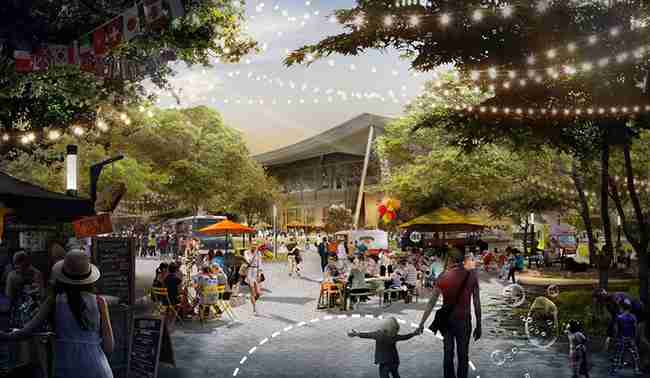 Did you know there are 24 Google campuses across the world? 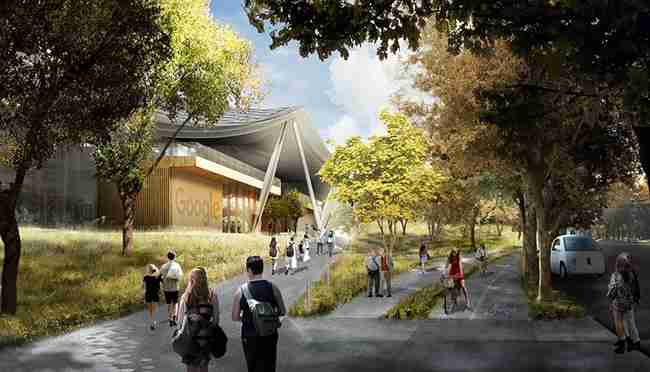 While the tent-shaped headquarters is designed to complement the company’s existing patchwork of buildings—the new square structure will be located on the outskirts of the existing Googleplex—this is meant to be a “destination for the local community”.

Campus rooms will be divided up into rectilinear “pavilions”, each sheltered beneath the tented roof canopy. The majority of Google’s facilities—laboratories, cafes, offices, and events spaces—will be at ground level, while offices will be on a raised mezzanine level.

And the floor plan is intentionally designed to not perfectly line up with the tented roof leaving corners open for “outdoor rooms”, a “sloped savannah”, a “hangout hill”, and a sculpture garden.

“Our plans for the indoor and outdoor spaces include native habitats and vegetation designed to support local biodiversity and create educational opportunities for the community.”

Google says the ground story will be open to the public from dawn to dusk with a pedestrian pathway through the building, featuring restaurants and shops meant for both employees, residents, and other tourists. 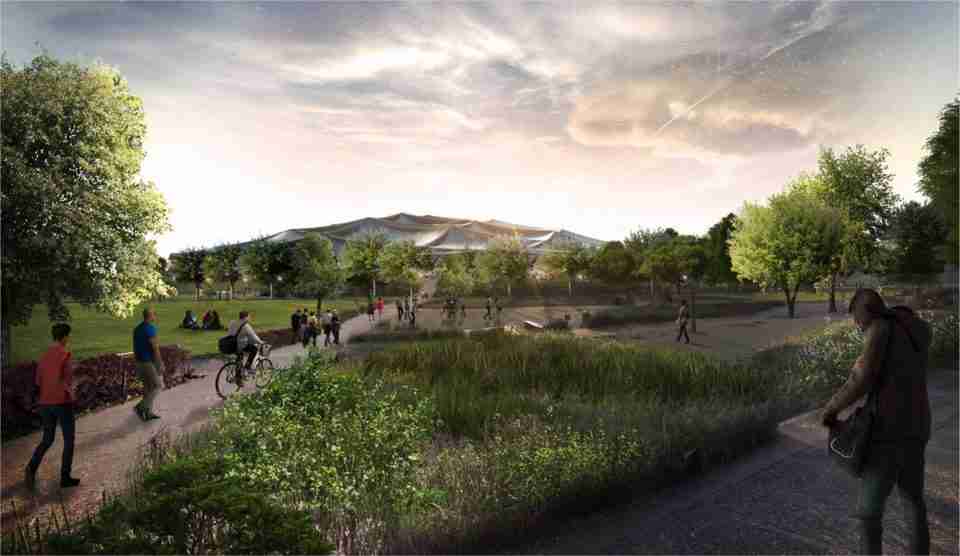 New Renderings
67 pages of new public documents of what the new building will look like—in nearly a year—were made available by the City of Mountain View ahead of an upcoming public meeting on March 7 for a discussion of the plans.

Within the tent-shaped addition, Googlers can look forward to working in the “highly flexible and reconfigurable” spaces on the second floor, above the expansive open areas on the campus.

(Heatherwick Studio originally aimed to build the new Google campus structure using robotics, but as of today, there has been no mention of robot construction. Stay tuned.)