Heart disease is the number one killer in the U.S. It doesn’t discriminate by race or gender. And what seems to be every day, new...

Heart disease is the number one killer in the U.S. It doesn’t discriminate by race or gender. And what seems to be every day, new causes of heart disease are encountered: social jet lag, kids with allergies, and even depression can be linked to what’s known as the “silent killer.”

Heart and blood vessel disease — also called heart disease — includes numerous problems, many of which are related to a process called atherosclerosis. Atherosclerosis is a condition that develops when a substance called plaque builds up in the walls of the arteries. This buildup narrows the arteries, making it harder for blood to flow through. If a blood clot forms, it can stop the blood flow. This can cause a heart attack or stroke. 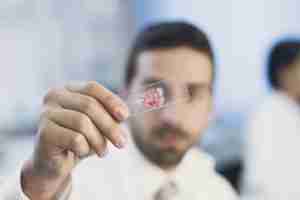 So how are doctors and researchers combating heart disease? There are several new drugs that will be released to the market in the next few years, but the American Heart Association (AHA) is betting on a different platform.

The organization has teamed up with Google Life Sciences—a newer entity under the Alphabet conglomeration—in a five-year, $50 million bid to research the disease and hopefully bring down the terrible statistics, some of which are listed below.

The AHA’s $25 million over five years is the largest singular investment into research for a disease in history. And with this monumental investment comes a seriously different way of doing things.

Heart disease will be approached like a problem in business, “ripe for new innovation,” said Andy Conrad, Google Life Sciences’ CEO. To encourage disruptive and unconventional thinking, the teams at Google Life Science and AHA will appoint a “maverick” as the project leader come February 2016, claiming the person could be a cardiologist, a nurse or “a teenager from Wisconsin,” someone who can bring new and different ideas to the table. 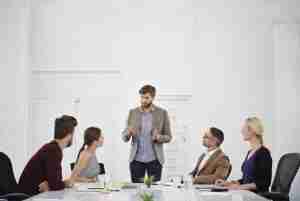 Traditional research venues and methods have only brought small improvements into the realm of heart disease treatment, and these two organizations want to accelerate treatment, and possibly a cure.

Google, known for its innovation in search engines, driverless cars, and the Internet in general, may just be the perfect organization to help move things along at a quicker pace. Although the two teams don’t guarantee success, the promise to try harder has been made.

The venture “really allows us to think about … doing research in a different way,” said Dr. Robert Harrington, chairman of the Stanford University School of Medicine and a member of the heart association’s board.