Crafting the Retail Future of Cannabis 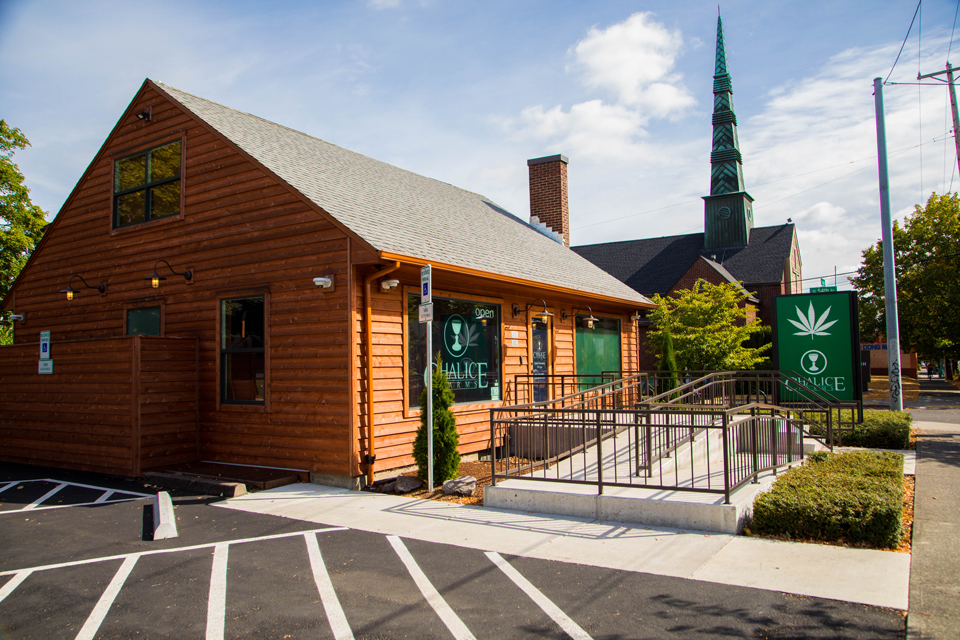 Ideas conceived on the fringes of society, technology, and business pave the way to humanity’s future. That’s especially true today for the nascent cannabis industry, whose current existence is in the center of sizzling debates driven by social theory, technological development, and business opportunity.

For all of its challenges and contradictions, the center of that maelstrom is where Golden Leaf Holdings (GLH) and CEO William Simpson are quite excited to be.

Established in 2014 and traded on the Canadian Stock Exchange (CSE:GLH), the Portland, Oregon-based holding company is one of the largest cannabis solutions enterprises in North America. Its subsidiary companies cultivate, produce, and package cannabis products that include edibles, extracts, and other plant-based products.

The GLH umbrella covers, among other properties, Golden, a producer and seller of cannabis oil products and delivery systems, and Portland dispensary Left Coast Connection. Recent acquisitions include Tahoe Hydro, an award-winning cannabis cultivator and producer based in Nevada, and Santa Cruz Genetics, a San Jose dispensary renowned for its cannabis concentrates.

A centerpiece is Chalice Farms, one of Oregon’s leading cannabis brands, and the company Simpson founded prior to leading Golden Leaf Holdings. In addition to producing its own line of extremely popular branded products, Chalice Farms is building a retail dispensary model designed to move the entire cannabis industry into the mainstream.

“Golden Leaf purchased Chalice Farms in July of 2017,” Simpson told BOSS. “We started integrating the companies, and given my experience and what we accomplished in the cannabis space up to that point, I was chosen to run the company.”

In the 18 months that followed, Simpson and his management team tore the organization down to the studs and rebuilt it. “My team from Chalice came over with the acquisition and we brought on some other very talented people to fill the slots that we felt were weakened, and using our Chalice strategy under the Golden Leaf Holdings corporate umbrella, we turned it all the way around. We took what was a public company that over-promised and under-delivered to the market quarter after quarter, and turned it into what is now a success story where we are seeing growth quarter over quarter for the first time in the company's history.

“I attribute that to the team that has been in the space for years, who know the space well, and have brands that people really love.” 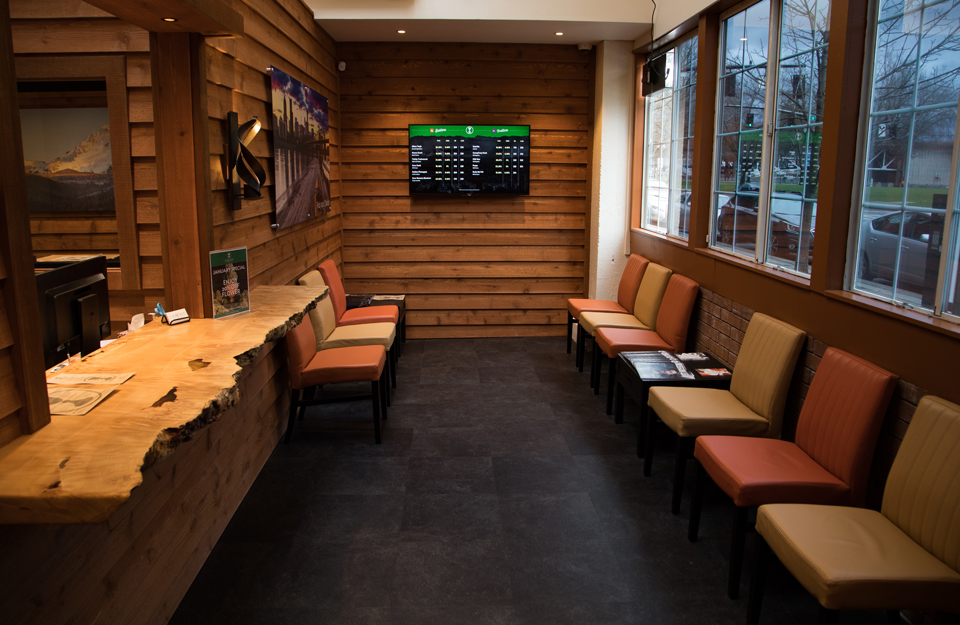 The Chalice Farms brand boasts a line of award-winning edible products that are much in demand. “We have one of the most successful fruit chews that we've seen in this market, and we're expanding that now,” he noted. The medicated nuggets are vegan, contain no artificial colors or flavors, and are made of real fruit. “It not only tastes amazing, it lives up to our entire mission and vision of enhancing life through cannabis. You don't do that by putting out candy that has ingredients like high-fructose corn syrup that, quite frankly, make people sick in the long run.”

The company’s marketing strategy hinges on eradicating ignorance. “We advertise organically, by word of mouth. We do a lot through education; we do veterans events, go and speak at retirement homes. We do things that are very outside of the box as far as the cannabis space goes,” he said. “We learn a lot, and in turn we teach a lot … consumers who normally wouldn’t set foot inside a retail dispensary are coming to Chalice Farms.”

He added, “I wanted a brand that resonated with everyone, for the most part. I wanted to create an environment where just about anyone would feel extremely comfortable. If people are comfortable in their environment, they will slow down and you can have an educated conversation with them.” That environment relies on a warm, approachably elegant design that features carefully chosen ambient lighting and handcrafted cedar furniture.

Simpson thinks the tremendous potential Golden Leaf Holdings represents is stymied by the plodding American regulatory climate. “We are allowing one of the largest investment opportunities in the country's history to go back to Canada right now. I'm a fan and supporter of Canada, but I'm a United States citizen. I would like to see that benefit come to our country,” Simpson opined.

“People want to invest in cannabis. It's a huge piece of what I believe will be the future. Everybody's being forced to wait on the sidelines because the federal government isn't making these moves fast enough. There are bills on the House and Senate floor, and it's being talked about, but they really need to make progress,” he continued.

“Where legal, we have licenses with different regulatory agencies that say everything we are doing is 100 percent on point. We are audited, we get our books looked through, we have the liquor controls come in and look at our facilities. Everything we make is tested at a third-party analytics lab for purity and potency. We are regulated almost to the level of pharmaceuticals, but we can't make any more investments through U.S. channels. I think that's really, really wrong.”

Simpson is hardly alone in his consternation but is buoyed by the willingness of several major companies, including Constellation Brands and Molson Coors, to investigate adding cannabis-infused beverages to future lineups. “Look at the biggest capital contributions to political campaigns at the presidential and congressional levels: big pharma, alcohol, and tobacco. They always have a lot of power and money. When they are starting to think ‘This is good for us, too,’ that actually changes things.” 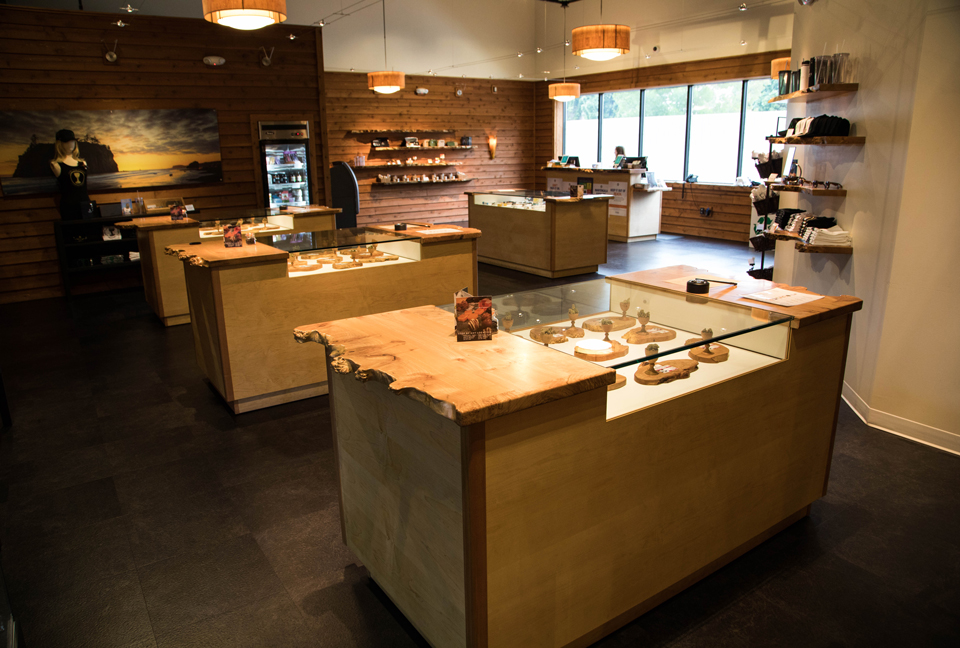 With that change will come a demand for amazing customer experience. “There's no room for bad customer experience in cannabis,” he warned. “We're seeing it in the other brands that are coming up in the world that are also creating their own version of a phenomenal experience and offering education around cannabis. More good brands coming into play in cannabis will make it very difficult for people who aren't doing it at a high level to stay in this industry.”

At this rate, that’s not something that Simpson and his team need to worry about as they drive Golden Leaf Holdings to a place as one of North America’s biggest cannabis industry leaders.

Built around a portfolio of recognized brands, Golden Leaf Holdings Inc. is one of the largest cannabis oil and solution providers in North America. The Company leverages a strong management team with cannabis and food industry experience to complement its expertise in the extracting, refining and selling of cannabis oil, edibles and flower products. The Company has developed a strong consumer brand portfolio (“Golden Brands”) that includes the Golden, Proper, Chalice Farms, Liberty Reach and Jackpot Seaweed brands. In addition to leading branded products, Golden Leaf also maintains a foothold in the Oregon retail dispensary market with its award-winning chain of Chalice Farms retail stores. 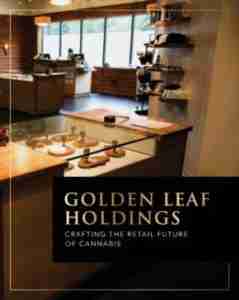 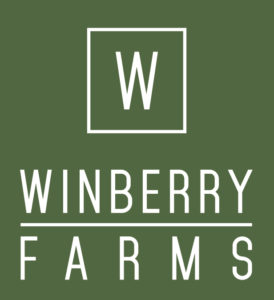