The mining industry innovates some truly out-of-this-world machinery to get the job done. Some of the biggest machines in the world are dedicated to excavating,... 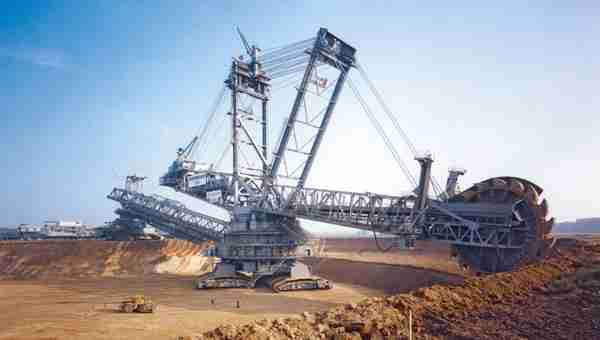 The mining industry innovates some truly out-of-this-world machinery to get the job done. Some of the biggest machines in the world are dedicated to excavating, transporting, sorting and delivering the hundreds of byproducts of mining. In this section we took a look at two of the world’s most unique and innovative mining machines—one that has been around for decades, and the other that is in the pipeline for use in the near future. 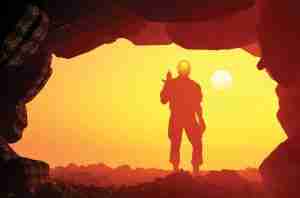 Now in its fifth decade of operation, the Bagger 288 is considered one of the world’s most massive machines. Considered the gold standard for bucket wheel excavators, the machine was originally developed for use in Germany, but has seen action elsewhere. Here are some of the facts that you need to know about the Bagger 288 and the impact it makes on the mining industry.

Understanding the Basics of the Bagger 288

Constructed in 1978 by the then Krupp Company, the Bagger 288 weighed in at 13,500 tons. That made it the heaviest land vehicle in the world at the time. Even after losing that distinction in 1995, the Bagger has remained in service, mainly due to the efficiency and the ease of use.

The dimensions of the Bagger 288 are impressive by any standards. Just the bucket wheel alone sports a 70-foot diameter. The excavator is 315 feet high while the length is 721 feet. Even the chassis for the main section of the machine will cause people to stop and gawk, since it measures 151 feet wide. To support the chassis, the design includes three rows of caterpillar track assemblies, with each row including four assemblies. Each one measures 12 feet wide.

The excavating head is also nothing to write off lightly. Measuring almost 71 feet in diameter, the head is outfitted with 18 buckets that are capable of holding just under 9 feet of overburden in each one.

In terms of traveling speed, the Bagger 288 can only move over a limited amount of ground during a 60-minute period. Depending on the nature of the terrain, the speed is anywhere between a third and a half of a mile per hour.

Don’t let the traveling speed fool you. When it comes to mining, the machine is capable of getting a lot of work done. During the course of a normal day, the 288 can excavate as much as a hundred thousand cubic yards of material. That is the equivalent of 2,500 truckloads. 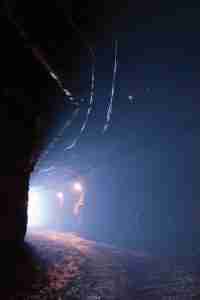 To put that in perspective, consider the size of a regulation soccer field. Now imagine that field being dug out to a depth of a hundred feet in a single day. That will give you a good idea of how much the Bagger 288 can accomplish.

The 288 is designed to work quickly and without the need for a large crew. Only five people are needed to operate it at any given time.

By cutting into a slice of earth with the aid of cutting wheels, the machine is able to move that slice into position for breaking down the contents. This is necessary to separate the coal from the earth, grass, and other components of the harvested earth. All the materials other than the harvested coal are referred to as overburden. The design of the 288 includes a conveyance system that allows for the efficient deposit of the overburden to the side of the digging site.

In the meantime, the harvested coal is transported by means of the buckets to containers. As the containers are filled, empty units are put in position. Since most of this process is automated, it is possible to harvest considerably more coal than even the most efficient of other mining methods.

While coal mining in Germany is supposed to end by 2018, the 288 can be utilized for other mining projects. Even though it is no longer the largest machine in the world, it remains one of the most efficient and is not likely to be junked any time soon.

The newer design for the drilling equipment is based on the concept of blind boring, rather than the raise boring that the company has traditionally used. With blind boring, the focus is on creating the ventilation shaft first, then moving on to develop the rest of the underground network. Master Drilling’s design utilizes machinery that includes a large disc capable of rotating at speeds that will bore through rock and sink a shaft quickly.

Unlike raise boring, the dislodged rock and soil are moved upward past the rotating disc and expelled from the shaft. At present, the current approach calls for periodically emptying a section of shaft in order to proceed with the next leg.

Another innovation of this new mining machine is the level of automation used. Even the improved steering can be operated using software or handled with the aid of remote access. That translates into less risk for the operator.

A key element that is different from currently favored methods is the width of the shaft that can be sunk using the blind boring equipment. The greater width makes it easier to raise and lower mining tools and personnel once the shaft is established. 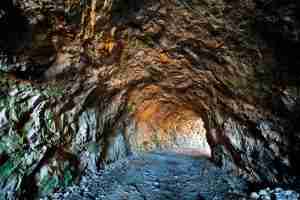 The stability of the shaft is monitored during the creation phase, ensuring that it is safe for use when completed. Along with serving as an efficient way to ventilate the network, the data gathered during the boring makes it easier to plan where to establish the other shafts that eventually become the network.

Why This New Machine Will Change the Industry

The concept of blind boring is not new, but using it in the past has been limited to projects of a smaller scale. With the new machine developed by Master Drilling, larger fields can be developed in less time. At present, it is still not clear if the machine will save a lot of money in the development of a field. What is clear is that it will save time and provide safeguards that make the work less of a risk for operators, owners, and mining professionals. These two benefits alone will end up making projects more cost-effective.

The Timeline for the New Drilling Machine

After a successful trial run in Cape Town in 2015, the blind boring equipment is slated for an official launch at the 2016 Investing in African Mining Indaba. Koos Jordan, the Executive Director for Master Drilling, confirms that the machine will be on exhibit from February 8 to 11 at the Cape Town International Convention Centre.

“There is significant value in this system, as it provides faster access to underground orebodies,” said Jordan.

The machine on exhibition is the latest generation but is still being refined. Master Drilling anticipates a general release to the market in the latter part of 2017 or early 2018.

Mining experts will be watching further test runs with interest. If the machine continues to perform at the levels anticipated, there is a chance that blind boring will quickly become the preferred method for developing new fields faster and with decreased risk to everyone working at the sites.