That’s about to change

There’s a virtually untapped source of energy underneath our feet. It’s not petroleum or natural gas; it’s clean, constant, and renewable – sort of. It comes with a lot fewer risks than nuclear power, and it packs a lot of punch for the space it takes up. It’s geothermal energy, and while it makes up less than half a percent of the world’s energy mix now, there are some entrepreneurs who believe it could supply half our power by 2050. 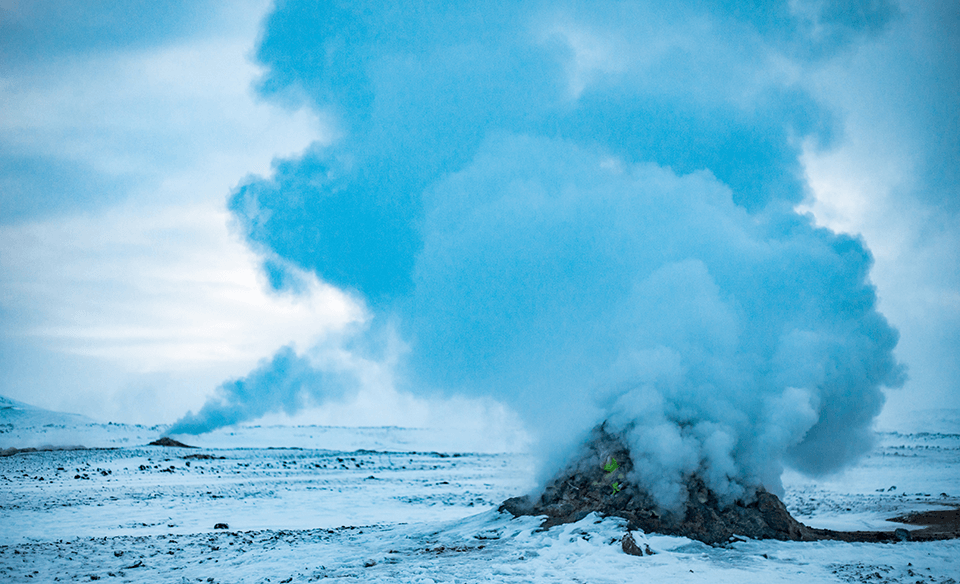 Like petroleum and natural gas, there are spots under the Earth’s surface where geothermal energy is more prevalent and readily accessible than others. But given that it springs ultimately from the center of the Earth up to the crust, with the right tools, it’s accessible almost anywhere.

The country making the most use of geothermal energy is Iceland, an island filled with volcanic activity that counts hot springs among its biggest attractions. Five geothermal power plants supply about a quarter of the country’s electricity use. Renewable energy heats more than 85% of Iceland’s homes, and two-thirds of that is geothermal. Yes, Iceland was blessed with an abundance of geothermal energy, given its 200 volcanoes, but the country that used to rely primarily on peat and coal for warmth made a concerted effort to tap into its resources. From 1990 to 2014, geothermal use grew by 1700% thanks to the Iceland Deep Drilling Project, which drilled 15,000 feet below the surface.

“The capital, Reykjavik, about the time I was born, was every day under a black cloud from the smoke from the coal fires,” Olafur Ragnar Grimsson, Iceland’s former president, said in 2016. “This transformation into the leading example in the world in a clean energy economy came from a country which, perhaps, had the greatest odds against it.”

In Croatia’s Pannonian Basin, access is even easier. The geology there is such that naturally, fractured rock allows heat to rise close to the surface. That’s where the country, which has nearly tapped out of its once-lucrative oil and gas reserves, has placed the Vileka Ciglena geothermal plant. It can generate about 17 megawatts of energy, though the national grid is set up in such a way that only 10 of those are accessible at present. Still, it’s a local source of power, extremely valuable when Russian energy that much of Europe depends on is not available. It’s also more stable than solar and wind energy, which can be disrupted by extreme weather.

Croatia has also begun exploring the potential of the possibly 20-mW Zagocha geothermal project. Similar geography in nearby Serbia, Hungary, and Austria makes easy geothermal energy a possibility there, too. 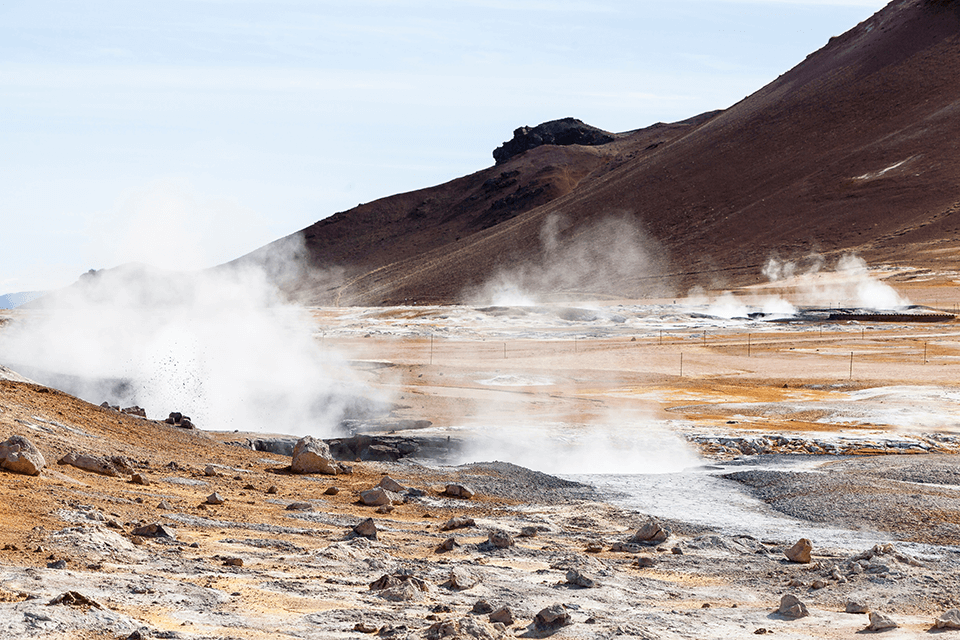 Compared to other clean sources like wind and solar, geothermal energy makes much more efficient use of land. In densely packed Paris, 250,000 homes get their energy from the Dogger aquifer that sits 5,000 to 6,500 feet below the surface, where the water is anywhere from 110 to 175 degrees Fahrenheit. The heat comes from the Earth’s core and thus won’t run out for another 700 million to 14 billion years. But the water itself goes much faster and is replenished more slowly than, say, sunshine or wind.

Rocks and water can get a lot hotter near the surface than they do in the Dogger, though, reaching more than 1,000 degrees Fahrenheit. Getting that superhot rock energy requires deep drilling like that used in Iceland to get down into the crust. Once you’re down there, though, you’ve tapped into a powerful source of geothermal energy. The Clean Air Task Force thinks the technology exists for superhot rock energy to be commercially viable in the next decade. For its Superhot Rock Energy: A Vision for Firm, Global Zero-Carbon Energy report, it enlisted the help of the Hotrock Energy Research Organization and LucidCatalyst, which estimated geothermal production costs at $20 to $35 per megawatt-hour, making it cheaper than natural gas.

“Superhot rock geothermal isn’t even in the decarbonization debate — but given a decade or two of aggressive investment it could be producing baseload power — local, energy-dense, clean-firm (baseload) and competitive,” report author Bruce Hill said. “Conventional geothermal energy is limited to regions where concentrated heat is near-surface, such as volcanoes or areas where the Earth’s crust is thin. … With advanced drilling methods, superhot rock energy will unlock the inexhaustible heat that exists everywhere beneath our feet. This heat illuminates a path to terawatts of localized clean firm energy that could power the world’s electric grids, supply residential and industrial heat, and produce zero-carbon hydrogen for a secure, equitable energy future.” 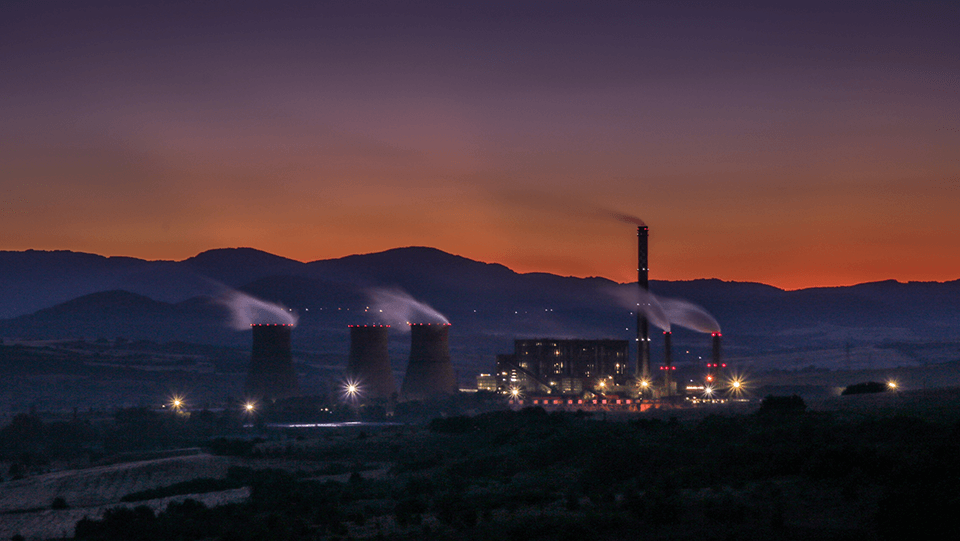 One U.S.-based company developing a deep-drilling (2 to 12 miles) technique is Quaise Energy, whose CEO Carlos Araque believes geothermal could supply half the world’s energy by 2050. Calling geothermal the “most powerful and abundant renewable on Earth,” at October’s SOSV Claimte Tech Summit, Araque said, “When you look from this lens – how much land use per unit of energy you produce, the amount of materials necessary per unit of energy, and how much carbon dioxide you produce per unit of energy – you start realizing that geothermal comes out way, way ahead of anything else.”

He suggested the way to make geothermal energy scalable quickly is to convert existing coal- or gas-fired power plants, completed with already experienced workers and already built supply chains. It takes a lot of investment, however, he said. Investment in the hundreds of millions to billions of dollars.

The most obvious entity that could invest that much money is the U.S. government, and it just so happens that the Department of Energy has set a goal to cut the cost of geothermal energy production by 90% by 2035.

“The United States has a vast, geothermal energy resource lying right beneath our feet, and this program will make it economical to bring that power to American households and businesses,” Energy Sec. Jennifer Granholm said when announcing the strategy.

With more than 5 terawatt hours of geothermal energy under its surface – enough to power the whole world – perhaps the U.S. can take advantage.

As Araque speculated, this could be geothermal’s moment.