In the October 2015 democratic presidential debate, presidential candidate Martin O’Malley unveiled his plan to ensure that nuclear, gas, and oil producers will be nearly...

In the October 2015 democratic presidential debate, presidential candidate Martin O’Malley unveiled his plan to ensure that nuclear, gas, and oil producers will be nearly obsolete by the year 2030. At that time, he posits, renewable solar and wind energy will run American cars, homes, businesses and factories.

O’Malley supports his forecasts by citing the continuing drop in the cost of solar power and the burgeoning environmental movement in the United States. These two trends put pressure on government, industry, and entrepreneurs to fund solar initiatives, including solar cars and even solar powered roadways. After all, it’s our cars that produce 25 percent of greenhouse gasses heating up our planet (the other 75 percent of greenhouse gasses come from the coal- and oil-fueled electrical grid.)

O’Malley’s vision could be realized. Those in power have seen how rabid Americans are for new technology, particularly when dropping prices make it available for all levels of society.

Consider, too, that children brought up in schools that pushed conservation and recycling are the new college graduates and will be for the next ten years at least. Research shows that these environmentally-minded Millennials strive to act on their values by foregoing transportation, buying smaller homes and filling their plates with far more veggies than steak.

Digitally addicted, the latest and greatest technology provides a common discussion topic for this generation. Early adopters get the most praise. Finally facing an eager market, car manufacturers and other engineers are stepping up efforts to deliver technology cooler than the iPhone 6—a solar car set on stun.


Let’s face it: solar powered cars are not a new idea. Since the 1980s, Stanford, Rice, MIT, and hundreds of other schools have been tasking their student engineers with creating an affordable, practical solar car that the average family can use.

But even the most brilliant engineers are having a tough time. First, the number of solar panels needed to create enough energy to move a heavy car could extend beyond the roof surface available. In other words, the solar panel to auto weight ratio requires using ultra-light materials that won’t pass the most preliminary of crash tests.

Then, many solar car reviewers state that the cars get so hot that they would have to have holes in the bottom to allow the drivers’ sweat to drip out. Finally, there’s the energy storage issue. Any solar car must have a storage battery to tap into when the sun goes behind clouds, trees, tunnels, or at night. The battery required to keep a solar car going makes the car too heavy for solar power to sufficiently fuel. These issues have been hampering solar cars for decades.

Considering all of these limitations, it is no wonder most of the solar cars at the biggest solar powered car competition, Australia’s World Solar Challenge, have cars coated with solar panels broken by just a tight capsule over one wheel for one (helmeted) driver. That doesn’t leave much room for car seats or groceries. 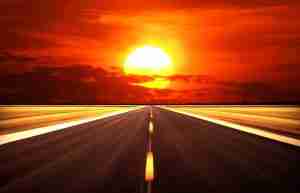 Inaugurated in 1987, the nearly 20-year-old competition features top engineering schools around the world as well as private companies. There are three classes: challenger, cruiser, and adventurer.

Akin to a concept car, the challenger class emphasizes stylish design. The cruiser class provides a race for student teams and entrepreneurs looking to test their mass-market cars. The adventurer class exists for those cars that may not have passed the latest requirements the previous year.

While the race has not produced one viable family sedan, it has enabled engineers to develop solar arrays for other products, and solar panels that reduce fuel consumption and increase efficiency in gasoline-fueled cars.

Despite these challenges, one Australian manufacturer, EVX, just debuted a solar sedan at the 2015 SEMA Auto Show, the largest auto show in the world. Its “Immortus,” runs on available sun power (when sun is shining), but also stores this energy for later use. The two energy streams combine to make it a care of “practically infinite endurance.”

With room for two and carry-on luggage, it goes from 0 to 60 mph is under 7 seconds. Designed as a sports car, the aerodynamics and chassis design rival that of popular European sports cars.

Just debuting this month, the car has yet to face the pointy pens of auto reviewers. Still, the Immortus has been written about favorably in Fast Company, Wired, Green Car Reports, and many more. 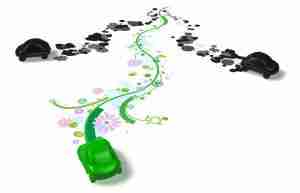 To avoid having to meet crash-test regulations in many countries, EVX won’t mass-produce the Immortus. Instead it will build cars to order. It projects to build 100 cars at first at a price of $370,000.

It needs $1.5 million to start production, a drop in the bucket for many enviro-venture-capitalists. Look for the Immortus to speed by you in 2016 in Southern California and Nevada where the sunshine fuel is almost always on tap.

The only other solar-powered vehicle is Organic Transit’s ELF, which company founder Rob Cotter named for “electric, light, and fun.” Fueled by solar power and human pedaling, the ELF is a three-wheeled recumbent bike/auto hybrid that can reach speeds of 30 mph with pedaling and 20 mph without.

With zero carbon emissions, it takes about seven hours to charge back up on a sunny day and 2.5 hours when plugged into your home electricity.

Started in 2013 with a Kickstarter small business crowd-funding campaign, Americans have purchased about 500 of the $5,500 hybrids. While they are not highway safe, look to pass ELFs in bike lanes as they are legal anywhere bikes are (not the highway!). Gawking and thumbs up appreciated!

Power IN the Highway

While for now it’s the vacation resorts and senior centers lining up for the ELFs and the multi-millionaires lining up for Immortus, transportation stands to be transformed by more than solar cars.

In rural Idaho, an environmentally-conscious electrical engineer and his wife are trying to figure out how to tackle the greenhouse emissions created by electrical plants that use coal and fossil fuels.

Where on earth could they get access to enough property to absorb sufficient sunlight? This would have to be a government project, but the state and national parks certainly weren’t possible. Then Julie Brusaw hit upon it: what about the roads themselves?

Job one consisted of finding how much land American’s streets, sidewalks, parking lots and highways covered. The number: 46,600 square miles, and it is already all set aside.

After years of thinking and tinkering, Scott Brusaw settled on encasing solar cells in tempered glass. Strong enough to support trucks three to four times heavier than the standard American 18-wheeler, the cells resist chips and cracks better than conventional asphalt and concrete pavement. Then the Brusaws decided to task their solar panels to do more than just collect energy. After all, many of the parts are already in place to make heat strips that melt snow and ice, LEDs to replace lane marketers and even communication systems to connect drivers to the department of transportation. 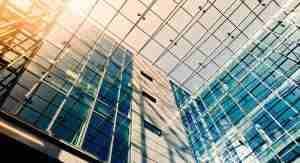 They even aim to create roads and parking lots that would wirelessly charge the electric cars traversing them. (This wireless technology is now available for razors, toothbrushes, and some smartphones.)

At first funded by America’s Federal Highway Administration in the amount of $750,000, the Brusaws’ venture, Solar Roadways, got additional monies from an Indiegogo campaign (to the tune of $2,220,000 after asking for $1 million).

Brusaw now has a driveway made up of hexagonal pavers that lock together and can be skirted by similar concrete pavers. Plans are also in the works for a parking lot in the Brusaw’s hometown of Sandpoint to be replaced with the solar collector tiles that will also charge electric cars.

Clearly, Solar Roadways remain in the prototype stage, but as Scott Brusaw explains, “I think that many people expect their governments to solve the world’s problems, but the climate crisis is getting worse and our politicians seem baffled. Many of our greatest technologies were created in someone’s garage. That’s where Solar Roadways was born and we think that we finally have a solution to the causes of global warming.”

The total number of vehicles worldwide is estimated to increase from 1.1 billion today to 1.7 billion by 2035. A solar road constantly re-charging all-electric cars and keeping the lights on in homes, businesses, factories, and farms could reduce greenhouse emissions to close to zero. The downside? The cost will be $1 trillion, a huge price tag. For our home planet, this is possibly necessary.

Recently, a company from the Netherlands began creating a similar solar collector in tempered glass. They’ve launched a test on a 230-foot bike path that will last three years and cost $3.7 million dollars.

Who knows? With a little competition, maybe the U.S. government will get behind the Brusaws again, replacing the arms race with a solar race.

Author Bio: Sam Alkass is a firm believer in solar power and its valuable impact on the future of our planet. Sam helps others generate their own clean, green energy while minimizing environmental pollution. For more solar news and tips, follow his Facebook.