The Future of Jobs: Optimism in the Age of Automation & Side Gig Gangsters

In 2013, economist Andrew McAfee cited one of the greatest minds of the 21st century to begin his Ted Talk on the future of jobs,...

In 2013, economist Andrew McAfee cited one of the greatest minds of the 21st century to begin his Ted Talk on the future of jobs, Yogi Berra.

“It’s tough to make predictions, especially about the future.”

Okay, some of us may agree to disagree on Yogi’s unrivaled brilliance, but who else can match such sweetly succinct eloquence?

To be fair, McAfee did an excellent job illustrating what forecasts for the “age of technological unemployment” look like.

The fear is nothing new. As The Atlantic’s Derek Thompson puts it, while computer scientists and software engineers essentially invent us out of work, technological progress could mean 15-hour workweeks and ample leisure time by 2030.

“We’re going to hook Siri up to Watson and use that to automate a lot of the work that’s currently done by customer service reps and troubleshooters and diagnosers, and we’re already taking R2D2, painting him orange, and putting him to work carrying shelves around warehouses, which means we need a lot fewer people to be walking up and down those aisles.”

Already, technological advances since McAfee’s speech make his words seem dauntingly distant. We converse with virtual assistants, embark on pocket monster hunts with virtual reality, and artificial intelligence is ingrained in many smart systems’ algorithms—like our social media—making our digital daily experience personally tailored to our every whim.

As we inch closer to skies filled with intelligent drones, kitchen lines made up of robot chefs, and highways strictly populated with automated cars, is it really the collapse of human work that’s coming up on the horizon?

Unemployment is currently just over five percent, and 2014 was this century’s best year for job growth. Is this the tale of The Humans Who Cried Robot?

There’s no doubt we’ll lose something: cultural cohesion. “The sanctity and preeminence of work lie at the heart of the country’s politics, economics, and social interactions. What might happen if work goes away?” wrote Thompson. 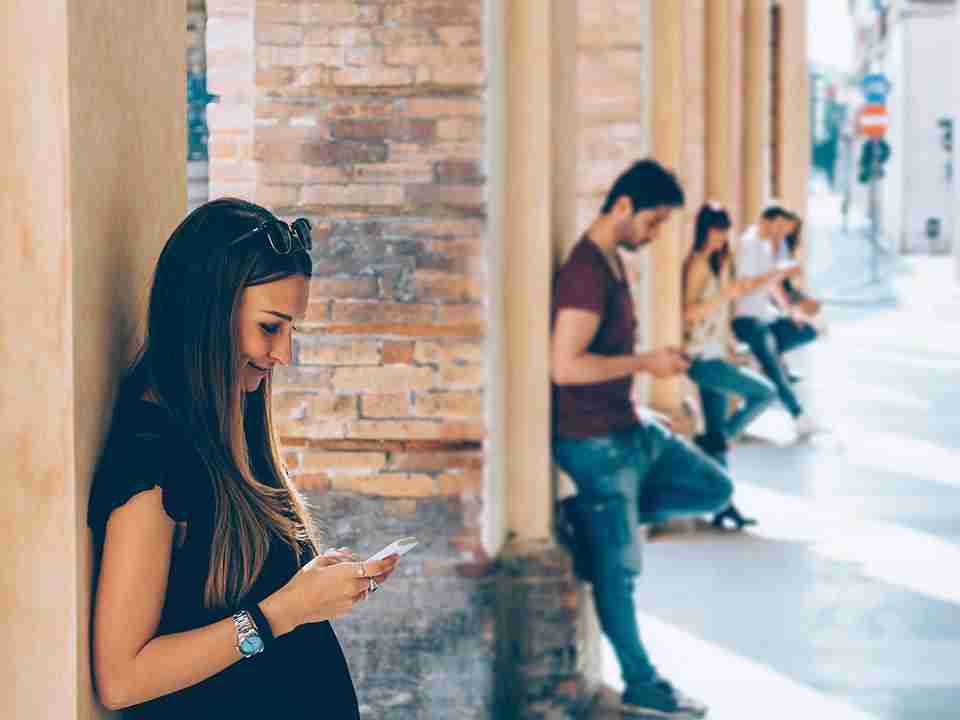 If anything, we must face why what makes us human matters. Fast Company says the demand for skills we don’t want robots to perform is on the rise. “Recruiters and employers say they’re looking more arduously than ever for candidates with great ‘soft skills’—and worrying that too many new grads don’t have them.”

Emotional intelligence, collaboration, and listening thoughtfully could secure your job, even your career, over the next decade.

“What could possibly go wrong in this new machine age? Right?” asked McAfee. “Great, hang up, flourish, go home. We’re going to face two really thorny sets of challenges as we head deeper into the future that we’re creating.”

McKinsey research stated that manufacturing, for all its technical potential, is only the second most readily automatable sector in the U.S. economy. It comes second to a sector requiring mainly predictable physical activities and operation of machinery: accommodations and food service. These activities alone are 73 percent more susceptible to automation.

Low labor force participation, declining immigration, and baby boomers on the brink of retirement all add to a tighter labor market with rising wages. Soon a labor shortage could constrict several industries’ more than others. Where some industries’ demand for domestic jobs grow—like manufacturing—this field’s rate of automation will have a domino effect on any demand for relevant sectors, like clerical and accounting gigs.

The Conference Board predicts skilled trades, like electricians and mechanics, healthcare workers, engineering and production jobs in manufacturing, salespeople, and those in math-related jobs like actuaries and statisticians are slated to be the hardest hit by shortages.

Endangered “routine-based” jobs will be automated before you know it. If futurist Thomas Frey’s predictions are accurate, two billion jobs—50 percent of all global jobs—will no longer exist by 2030. 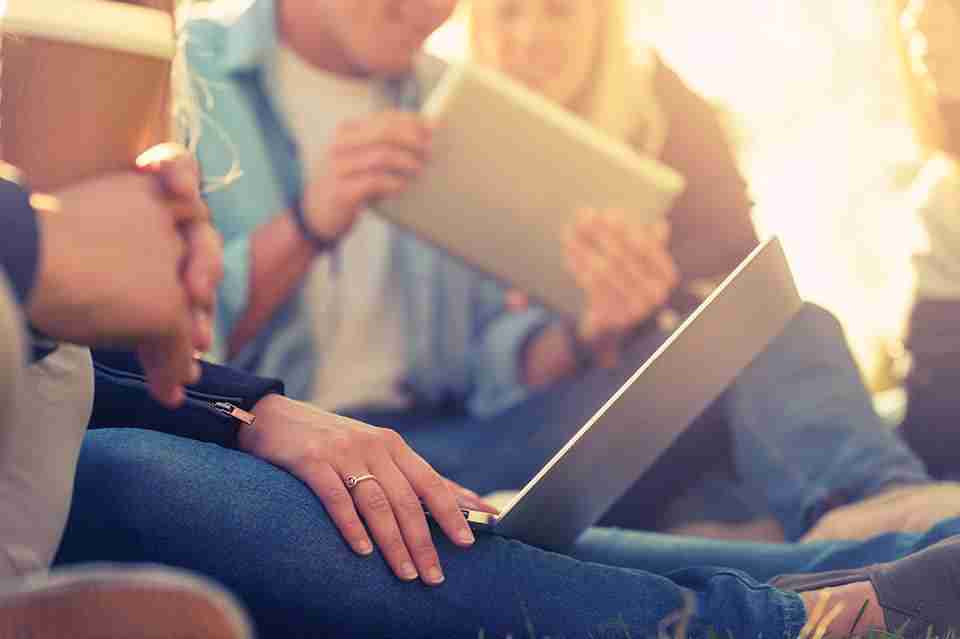 No more slogging through mindless work. Your imagination is set to thrive in 2025. Skeptics, look no further than the future young professionals of Generation Z.

As McAfee said, “This is abundance, which is exactly what we want our economic system to provide. The second reason that the new machine age is such great news is that, once the androids start doing jobs, we don’t have to do them anymore, and we get freed up from drudgery and toil.”

Gen Z: Born into an Unstable World
Those born between 1998 and now were mainly raised by Gen X parents. They are used to instability and will be 40 percent of the U.S. population by 2020. Forty-five percent want to work for themselves.

Seventy-five percent of teens say a good education can be found elsewhere than college, while 66 percent still want to attend college. The students of the future will seek out schools offering courses in founding or running a business.

Sixty-three percent of today’s kids surveyed by Sparks & Honey claim to be worried about tomorrow and a whopping 58 percent of 13- to 17-year-olds are proactively saving funds. Seventy percent of these Gen Z pioneers are already hunting entrepreneurial gigs over typical teenage menial jobs and—as Sparks & Honey dubs them the “side gig gangsters”—aspire for a multi-career track by the age of 30.

So how will the rising freelance economy alter the workforce? Oxford University estimates one in six low-wage jobs in the U.S. are susceptible to being taken over by robots in the next 20 years and Gen Z will be key in the bilingual nature of collaborating with bots.

The Collaborator Generation
Generation Z has fully different standards of beauty, socializing, purchasing power, and how to get work—as we know it—done.

“By 2020, a mere five years from now, the world will have churned out 44 zettabytes of data […] That’s 10 times more streaming, insta-messaging, uploading, and downloading than the digital universe collectively produced in 2013.” – Gen Z 2025: The Final Generation culture report by Sparks & Honey

Fifteen percent of Gen Z teens prefer digital interactions to face-to-face time with friends. While alarming to older generations, these “always-on friendships” can make the world a more open place to live and work. Perhaps a more wakeless one too, as 91 percent of these teens hit the hay attached to their mobile devices. 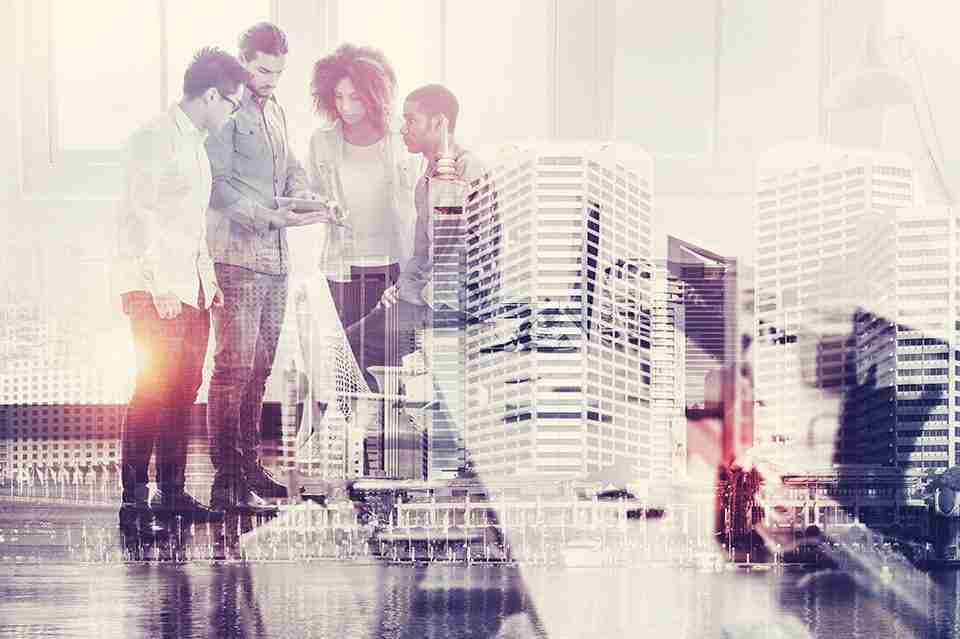 Thanks to the ever-expanding IoT, stylishly inconspicuous wearables, and no real place one can’t NOT work, our time spent online is only set to further increase. Generation Z is in no rush to hit the off button: 42 percent of teens say they don’t intend to decrease their online time anytime soon.

In a world of traditional nine-to-fivers, Gen Z channels their consumption of real-time, non-stop media as kids into working a “portfolio lifestyle,” where juggling many job titles snaps perfectly into their vast network of real-life and connected relationships.

“Every moment is prime for interaction, free of time zones. That will come naturally to Gen Z, 91% of whom say they have devices in bed. Often toggling across five screens—and always connected—Gen Z will navigate in and out of work priorities, across their netweave of collaborators.” –  Spark & Honey’s Gen Z 2025 Report

What other generations lack in communication skills, Gen Zers make up for with the ability to collaborate across the wide net of personal and digital contacts. Jobs will meld into a seamless, 24/7 economic force thanks to the non-stop “netweaving” of shared, worldwide labor.

Sure, education reform is in dire need as we face an evolving workplace, but these ambitious kids are ready to rise to the challenge.

“Gen Z will collaborate and create with a vast network of contacts, dipping in and out of relationships for the greater good of their careers,” explained Sparks & Honey. “Call it netweaving.”

Ready for the Challenge
The job market is ready to get creative. New means to entice the onslaught of “side gig gangsters” and freelancers to the workforce is essential, yet McKinsey did elaborate that lures of traditional employment remain strong. Surveyed employers feel more pressure to offer competitive pay and benefits, but 58 percent say that hiring a traditional, full-time employee is still better for stability of the worker and the organization in the long run.

Before McAfee stepped offstage, he shared an extremely relevant quote from Abraham Lincoln: “I am a firm believer in the people. If given the truth, they can be depended upon to meet any national crisis. The great point is to give them the plain facts.”

But the TEDTalk speaker’s positive spin on the challenges that lay ahead may resonate most right now:

“So the optimistic note, great point that I want to leave you with is that the plain facts of the machine age are becoming clear, and I have every confidence that we’re going to use them to chart a good course into the challenging, abundant economy that we’re creating.”