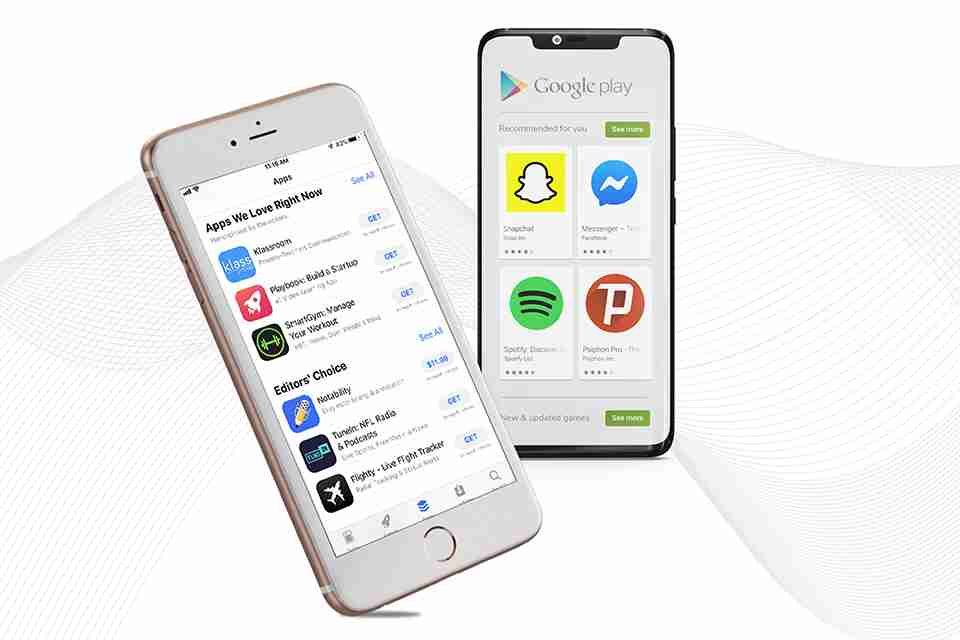 Every year brings exciting new developments in the technology and app development space. From Artificial Intelligence (AI) and low-code app development to Augmented Reality (AR) and Virtual Reality (VR), these innovative trends are rewriting the rules of how we interact with our devices.

In this article, we’ll share the latest trends on the horizon, and what they mean for you and your business. Read on to find out how the future of app development is changing – and how you can stay informed.

The popularity of low-code development tools has grown several-fold over the last few years, and for good reasons. These tools allow developers to create apps without writing extensive amounts of code.

Instead, they use a visual drag-and-drop interface that simplifies the development process. The result is faster development times and more efficient use of resources.

One of the biggest benefits of low-code development tools is the ability to create an app prototype quickly. This can be useful for businesses that want to validate an idea or test a feature before investing significant resources into the development process.

Additionally, low-code development tools can be used to automate repetitive business processes, such as data entry and form submissions, which can lead to increased efficiency and cost savings.

However, it’s important to keep in mind that these tools come with limitations as well. For example, low-code development platforms often have a set of pre-built templates and components that businesses can use to create their apps.

While this can speed up the development process, it also means that the final app may not be as unique or customized as a fully coded app.

Additionally, low-code development platforms can be limited in terms of customizing the back-end functionality, which could limit the scalability of the app.

Artificial intelligence and machine learning are also making a huge impact on app development. These technologies are designed to make apps more intelligent and responsive to user needs.

One of the most significant benefits of using AI and ML in app development is the ability to personalize the user experience. For example, an e-commerce app that uses AI to understand a user’s browsing and purchasing history can recommend products based on that user’s preferences.

Additionally, AI-powered chatbots can be used to provide 24/7 customer service, which can lead to increased customer satisfaction.

Progressive Web Apps (PWA) are a new type of app that combines the best of web and native apps. PWAs are designed to work seamlessly across multiple platforms and devices, and they offer many of the same features as native apps, such as offline functionality and push notifications.

Another benefit of PWAs is that they are more lightweight than native apps. They are designed to be fast and responsive, which means that they can be loaded quickly and work well on lower-end devices. This can lead to improved user experience and increased engagement.

The future of PWAs looks promising, with many developers expecting them to become more widely supported on more platforms and devices going forward.

Virtual reality (VR) and augmented reality (AR) are also becoming increasingly popular in app development. These technologies can be used to create immersive and engaging experiences for users.

For example, developers can use VR to create gaming apps that transport users to different worlds, while AR can be used to create educational apps that overlay virtual information in the real world.

The potential benefits of incorporating VR and AR into apps are numerous, including increased engagement and immersive experiences. For example, companies can now leverage the power of VR and AR to create more realistic simulations, which can be useful for training and practice in fields such as medicine, architecture, and engineering.

E-commerce websites can also integrate a VR shopping app to gather useful data on how users interact with products in a virtual store.

Finally, this type of development allows businesses to create and host their apps on remote servers, which can lead to more scalable and flexible apps. AWS and Azure are two examples of popular cloud-based app development platforms.

As we said, these apps can be easily scaled up or down as needed, which means that businesses can handle more traffic and users without having to invest in additional infrastructure. Additionally, you can easily integrate your app with other cloud-based services, such as storage and analytics for a more seamless and efficient workflow.

As the world of app development continues to evolve and mature, developers now have more features to explore when creating amazing user experiences. With technologies such as augmented reality, predictive analytics, and machine learning becoming increasingly accessible, savvy developers can use these tools to create engaging apps that simplify people’s lives.

It’s exciting to think of all the possibilities that are available with today’s advanced technologies, and we look forward to seeing what innovative applications will be created in the future.