The Future of Drones and Safe Skies

The age of drones is probably best explained with a comparison to the Wright Brothers’ revolution in human flight:“The most groundbreaking aviation technologies of the...

The age of drones is probably best explained with a comparison to the Wright Brothers’ revolution in human flight:

“The most groundbreaking aviation technologies of the day do not involve human flight at all. Instead, they involve aircraft purposely designed to fly without people on board— sophisticated unmanned aerial vehicles commonly known as ‘drones’.”

The supply chain industry is racing to keep up with Amazon Prime Air’s future global fleet of parcel-delivering drones, but they’re not alone in the adoption of flying robots. With the sustained upgrades to drones’ agility and efficiency, these bots are bolstering breakthroughs in life-saving efforts like disaster planning.

While these spectacular feats are applauded, managing the recent surge of unmanned aircrafts is no small task for the Federal Aviation Administration. 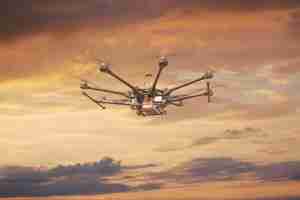 The 2015 holiday season saw nearly 300,000 owners of drones, or unmanned aircraft systems (UAS), register within the first 30 days of the FAA’s online registration system going live on December 21, 2015. And the steady stream isn’t showing any signs of relenting.

By mid-February of 2016, over 325,000 Americans registered their drones, which surpasses the number of the total aircraft in the U.S. that transport people. Presently, there are 320,000 occupied aircraft, including everything from a Cessna 172 to a Boeing 777, that are registered with the FAA, noted FAA administrator Michael Huerta.

“The registration numbers we’re seeing so far are very encouraging,” he said. “We’re working hard to build on this early momentum and ensure everyone understands the registration requirement.”

Drone owners with UAS that weigh between 0.55 pounds and 55 pounds are required to register before their bots take flight. The fines are no joke: civil penalties can reach up to $27,500 and criminal penalties for neglecting to register can cost up to $250,000. Currently, the FAA’s online system has owners with recreation and hobby purposes in mind, but an online registration system will soon be launched this year for non-model aircraft users like commercial operators.

“In addition to being an education opportunity, registration helps new flyers become part of the safety culture that has been deeply embedded in traditional aviation for more than a century, while still allowing for the recreation and innovation that are staples of American aviation,” the FAA explained in a press release.

The FAA’s initiatives don’t stop at registering the multitudes of these flying devices. The B4UFLY mobile application was released for public use during CES 2016, driven by the FAA’s and Association for Unmanned Vehicle Systems International’s ambitions to educate and spread awareness about responsible flying as well as the implications of operating an UAS.

Depending on the time and location, the app notifies users with sky statuses, including “Proceed with caution,” “Warning-Action required,” or “Flight prohibited”. This is especially helpful since users can utilize a “planner mode”, enabling them to search restrictions ahead of schedule.

Perhaps, we’ll have a need for our own drone-fighting squad. The Dutch National Police already addressed the threat of rogue drones with a crime-fighting fleet of feathers: eagles that can safely take down drones. 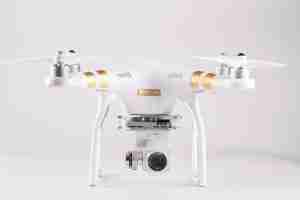 Paul Misener, Amazon’s Vice President of Global Public Policy recently likened drones to horses. “The [drones] have what is called sense-and-avoid technology. That means, basically, seeing and then avoiding obstacles. These drones are more like horses than cars,” he said.

“If you have a small tree in your front yard, and you want to bang your car into it for some reason, you can do that … But try riding a horse into the tree. It won’t do it. The horse will see the tree and go around it.”

This acute sensitivity to obstructions has launched drones—of all shapes and sizes—into an unknown world of previously unfathomable exploits.

Have you heard about the firefighting drone? Oh yeah, it’s fireproof. And not afraid of heights.

The navigational capabilities of the Fireproof Aerial RObot System (FAROS) are built with a specific challenge in mind: treacherous skyscraper fires in crowded cities. FAROS can endure temperatures of up to 1832 degrees Fahrenheit and boasts a skin coated with flame-retardant aramid fibers to protect its electric and mechanical bits along with a thermoelectric cooling system.

This spider-like Korean quadrotor-powered system has the potential to detect, search building interiors, and transfer real-time data from terrifying infernos like the recent fire at the 1,105-foot, 79-story Dubai Torch.

What exactly will the future of drones bring? We know that aircraft partnerships, and coast guard assistance is in the not-so-distant future. Crash-proof, glacier-scaling, donut-spinning, power-generating, deep-sea-diving drones—of all sizes—will be closing in on accomplishing the impossible in the blink of an eye.