The energy and construction markets are turning around, and Foremost Industries is ready with its new line of hydrovac trucks.

The energy and construction markets are turning around, and Foremost Industries is ready with its new line of hydrovac trucks. 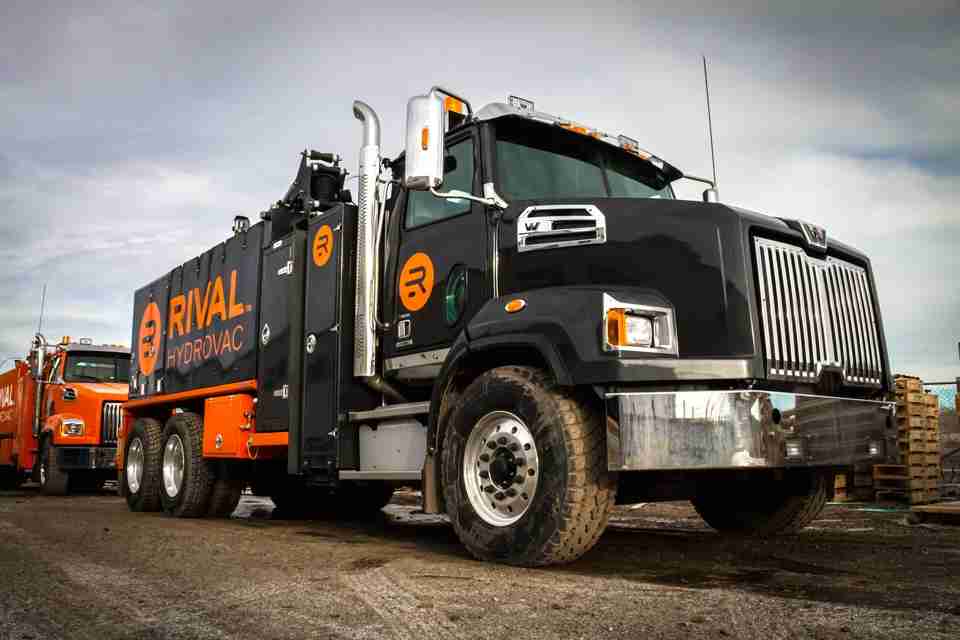 There is hope on the horizon for the energy and oil and gas markets in North America. The last few years have been tough, and only the most fiscally responsible and prepared companies that serve these industries have come out unscathed.

But one in particular has made a big name for itself over the last 70 years and continues to be a leader in the marketplace.

Foremost—one of the top 250 largest companies in Alberta—is one of the most diverse manufacturers in Canada and the U.S.

The company—named after a small town in southern Alberta—has had roots in Alberta since 1948, and manufactured track vehicles for heavy terrain applications in forestry, mining, and oil and gas exploration.

Today, the organization is one of the largest, most diverse industrial manufacturers in Western Canada. Foremost specializes in oil and gas, heavy oil, mining, water well, and construction equipment.

Manufacturing the Future of Hydrovac

Its two divisions—Foremost Energy Equipment and Foremost Mobile Equipment—design and manufacture an incredibly diverse array of machines necessary for getting the job done in several key industries.

Both divisions are looking to evolve to launch new lines and services to respond to the changing needs of the mining, energy, and construction industries.

“Operational performance has been hindered in the last couple of years due to a downturn in the commodities market,” Johnson shared. “But our commitment to a disciplined financial performance means that we’re ready for growth now before many of our competitors are.”

The energy market has seen capital expenditure in the U.S. slowly picking up. Johnson said that the market is responding to the push from the new U.S. administration for infrastructure spending. The changing energy infrastructure also creates new opportunities.

These are all positive signs for Foremost.

The company’s mobile equipment division is seeing growth in the form of hydrovac trucks.

“These are all positive signs for us in the U.S. for sales activity growth.”

Foremost is expanding its offering of vac trucks to coincide with the growth of many of the U.S. and Canada’s key markets. 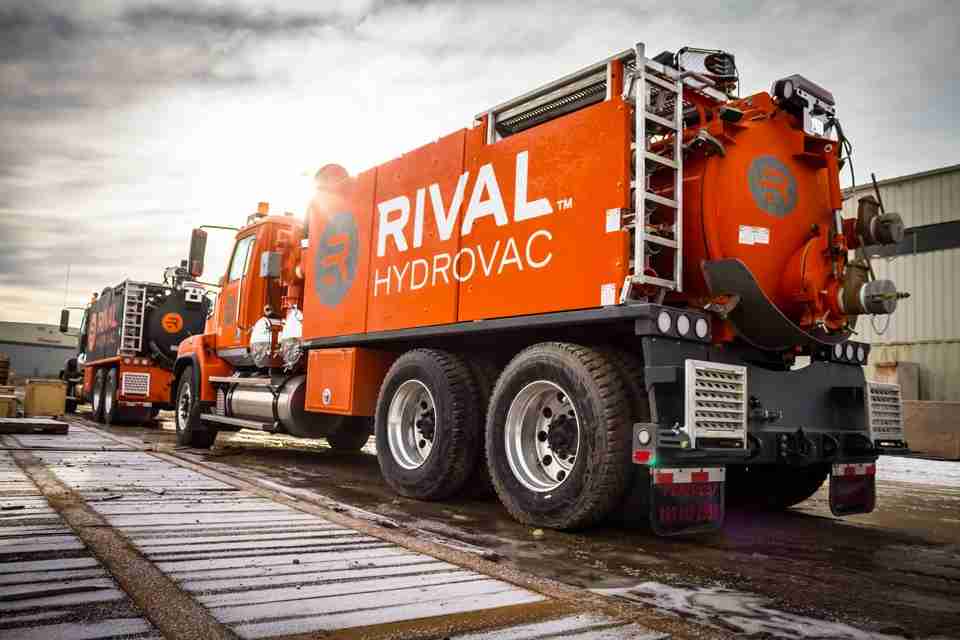 Transwest Trucks is Foremost’s trusted U.S. distributor. The company is a provider of light- to heavy-duty trucks, commercial trailers, RVs, hydrovacs, and buses, and has been an exclusive Foremost distributor since 2015.

“We have an excellent relationship with Transwest Trucks out of Denver,” Johnson said. “Just as we are growing, Transwest sees expansion too. With new sales and aftersales offices opening in the U.S., Transwest is positioned to take Foremost hydrovacs deeper into the U.S. market.”

The company currently offers two hydrovac truck models from Foremost and adds a third with the first Rival truck in the line.

As Foremost continues to expand its new Rival truck line, Transwest can expect to offer trucks suited specifically for the sewer, utility, and construction industries.

The company’s vac truck line started in 2011. Several of the world’s premier talent and inventors of vac truck technology work for Foremost, meaning Foremost has quickly become a trusted name in the marketplace, as well as one of the largest hydrovac producers in North America.

Foremost’s first few iterations of the vac truck have been successful, but with the changes in several of the marketplaces in which they participate, it was time for a new line.

“We needed to come up with a new truck to meet the changes the industry was throwing at our customers and us. We focused on the evolution of our customers’ businesses and the big changes happening in the construction and energy markets, resulting in a product line that covers the changes.”

The Rival vac truck from Foremost—which was designed, prototyped, tested, and launched in a year—is smaller, easier to use, and safer. Johnson believes Foremost’s model will be the future of design for vac trucks in urban and light work applications.

“It’s already really well received in the market,” Johnson said. “And we intend to release more trucks in the Rival and Foremost lines, specifically to serve the sewer, utility, and construction industries. 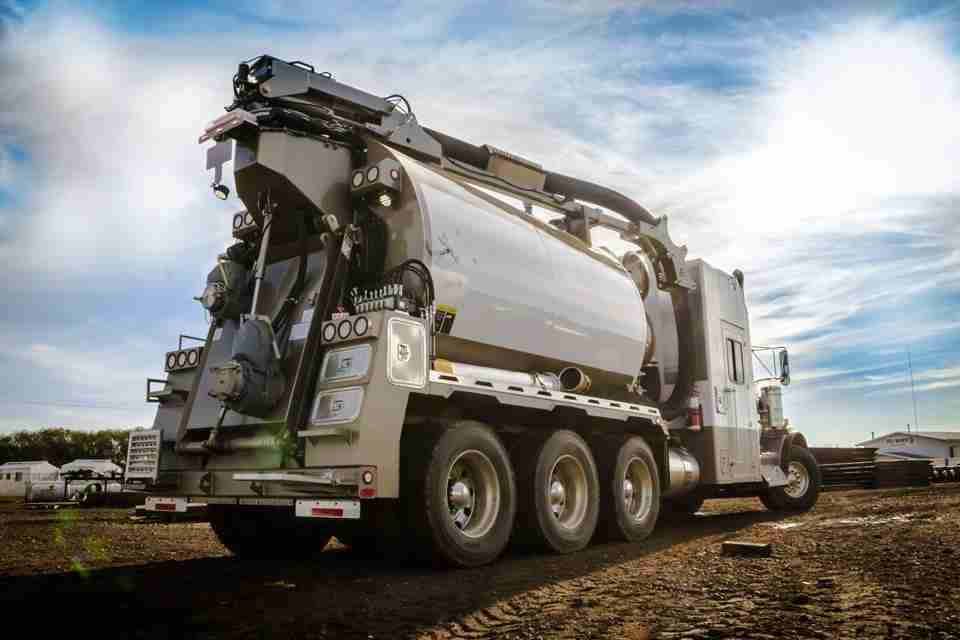 Its first experience working with the American space agency came in 2014, when it was tasked with designing and building a special launch tower for low-density supersonic decelerator (LDSD) testing. The organization was testing technologies for landing future robotic and human missions to Mars and safely returning large payloads to Earth.

The launch tower was used to suspend a NASA scientific balloon from the Columbia Scientific Balloon Facility.

“Typically, the Columbia facility loads balloon-borne payloads onto a mobile launcher, which is driven across the test range by an experienced launch supervisor while the balloon slowly inflates above it. Once it's ready to fly, the supervisor triggers a release mechanism, and the balloon lifts smoothly away,” shared NASA.

“In the case of LDSD, which included a large, solid-fueled booster rocket—the STAR 48B motor—it was deemed a safety risk to have any personnel within 490 feet of the payload as the balloon inflated and carried it aloft. The mobile launch platform wouldn't work. Enter another critical partner: Foremost Industries LP, which was called upon to build a one-of-a-kind, 80-foot-tall static launch tower.”

“We were some of the few people in the world capable of designing a crane system that allowed NASA to do this project. It was successfully used in tests several times,” said Johnson.

“It was a fantastic project for us to demonstrate our engineering and technological capabilities. We’re proud to be part of such an important product related to space exploration.”

Foremost’s success—both through tough times and through good—can be attributed to its honest, diverse culture.

“Honesty is what got us through the rough times and to where we are today,” Johnson said.

Upper management doesn’t isolate itself from the company’s 600-plus employees to make decisions; instead, it’s a joint effort.

“We’ve always worked with our employees to figure out the solution,” he continued. “The last couple of years have been tough, and we’ve come together to work through it. While parts of the business—like the vac and drilling side—have been growing, other parts have been shrinking because oil and gas prices are depressed. We had to be frank to figure out robust solutions, but it was done with the help of each employee.”

“The markets have changed, and so have we. While we have vehicles out there from the 1970s that we support, service, and provide parts for, we also balance our priorities to serve the future of the industry.

“I see a fantastic path ahead for the new products and markets we are going to go after.”

Foremost has been a central player in the Western Canadian energy story going back to 1948.

Foremost had its humble beginnings starting with a line of tracked vehicles for heavy terrain applications. Through acquisitions and strategic growth, Foremost is now one of the largest, most diverse industrial manufacturers in Western Canada specializing in oil and gas, heavy oil, mining, water well, and construction equipment.

With more than 640,000 square feet of manufacturing space, nine locations, and over 600 employees across Alberta, Foremost is well positioned to meet and exceed clients’ expectations. 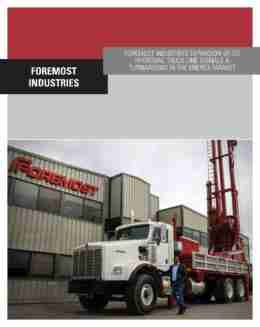 The energy and construction markets are turning around, and Foremost Industries is ready with its new line of hydrovac trucks. There is hope on the...