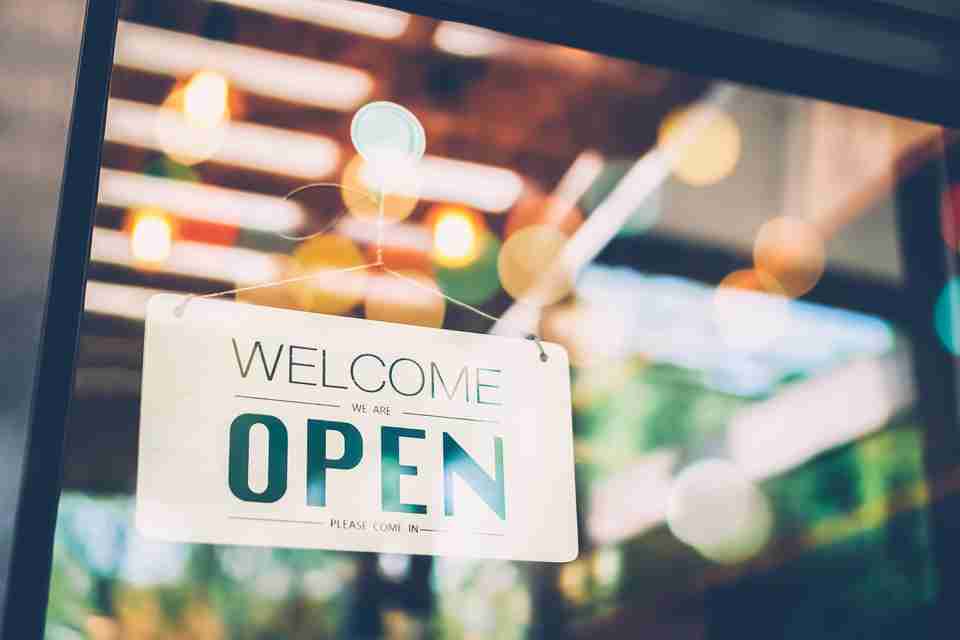 Scott Brunk never intended to take over his family’s food distribution company. And then the fever hit.

Founded by his grandfather in 1935, FoodPRO is disrupting the way independent restaurants approach foodservice and the restaurant business itself.  The full line food distributor is a stalwart presence in the Mid-Atlantic market, covering Maryland, Delaware, Northern Virginia, West Virginia, and Washington, D.C., serving independent restaurants as well as healthcare facilities and schools. “We sell everything from fresh produce and freshly cut meat to tableware. Anything that a restaurant or foodservice company uses, we supply,” Brunk recently told BOSS.

“I saw an opportunity to make a difference seven years ago, and that's where things really changed for me.” He was running a department within the company, happy to stay away from the front lines.

His father, John Brunk, stepped down as president in 2001, choosing to continue as Chairman of the board, which he remains today. “I was too young, and I didn’t want to take the reins,” Brunk said. An outside CEO got the job.

“In those 12 years we went from about $42 million to just $56 million, so not a lot of growth. We were sliding backward. During those years we had a team of good people, but we were losing them,” he recalled. “I didn't want us to be gone after all of these years. I didn't want to see our family business go under. And we were distinctly heading that way. We were losing sales and not making money.” 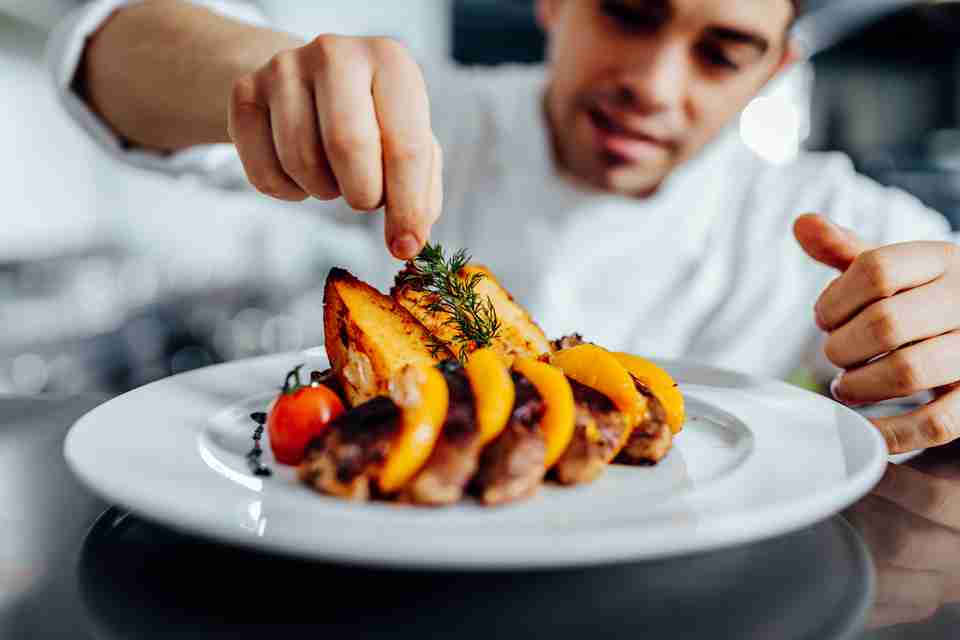 Brunk met with his team members and told them, “Here’s what's important to me: you. We can make a difference in the industry with three things in this order — faith, family, and FoodPRO. It started in that moment when we listened to each department. When our people realized that I would actually listen to their thoughts, needs, and concerns and we started making changes, we dramatically changed the culture and company direction.”

Brunk expected the turnaround to take years. It took six months. “We went from a downward spiral, down 4 percent, to 10 percent growth in the first year. We moved in dramatic fashion,” he said. “Since that time, we've gone from $57 million to $100 million. That's just in seven years. That's pretty incredible, and I'm still shocked every day.”

In what he humbly describes as “a pretty good run,” FoodPRO has grown from 85 to 150 employees, and embraces state-of-the-art technology. From a warehouse management system, scanning, and automated voice-activated picking systems to paperless invoicing and a mobile app for customers, FoodPRO brings the best available technology to the service of its customers and staff.

“I believe we have the best service levels in the country. Sweet Greens is a huge nationwide customer and they just came in to do a surprise tour. They said we have the cleanest, most efficient warehouse they've ever seen, and our service levels are better than any other distributor they've dealt with. That means a lot for a small company like ours.” 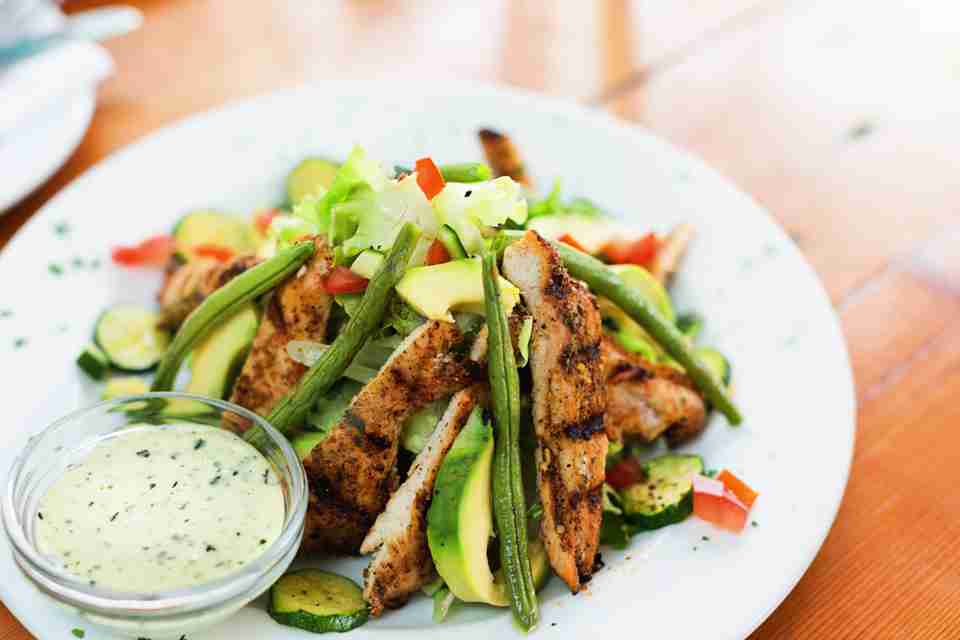 Brunk and FoodPRO are working to change the fortunes of independent restaurant owners. For their sales representation, the company pays salary, not commission, and only hires reps who have owned or operated a restaurant.

“They have restaurant knowledge, so they can sit down with owners and talk about P&Ls, financials, help them design their social media and marketing, and help them build a menu. These are all things that, in the past, restaurants would pay for,” he said of the firm’s Core Advantage Partnership program.

“If we can show customers a much broader picture and how we can help them make money, then let's fix it. If they’re struggling with their business, having difficulty paying their mortgage, we come in and say, ‘Look, we're going to help you make money in your business,’ and win that approach. ‘By the way, here's an app, and you can buy some food from us if you want.’ And they do. The next thing you know they're buying everything from us because there's value there.”

Being responsible for the success of the independent restaurant industry is making a difference in the lives of their customers. “In this industry that was missing. Distribution is a cutthroat business. You pay your reps commissions, and their job is to make as much money off the backs of the independent restaurants as possible. That's the way it is.

“We changed that at FoodPRO. We said, ‘Look, those customers got us to where we are today so why would we jeopardize their business?’ Our approach is different,” he stressed. “It's a real thing that goes back to faith, family, and FoodPRO. We talk about it every day. Honesty, transparency, integrity is the slogan now on all of our trucks. It's not just something we say. It's something we believe in.”

That belief is paying off. The company recently made its first acquisition, and as Brunk put it, “I want to grow that produce division of FoodPRO to about a $10 million dollar produce company in the next five years. We are at $2 million now and we want to grow that quickly to be a much bigger produce company.” With his track record, we’re betting that benchmark will be met much, much sooner.

FoodPRO is a trusted wholesale restaurant supplier and food service distributor of fresh cut steaks, fish, and produce, as well as non-perishable groceries and food service supplies. FoodPRO has served a loyal clientele for over 80 years throughout Maryland, Northern Virginia, D.C., and Pennsylvania.

FoodPRO provides the best of both worlds – the products and pricing of a national conglomerate with the service and personal touch of a family business. There’s no other food-service distributor like it! 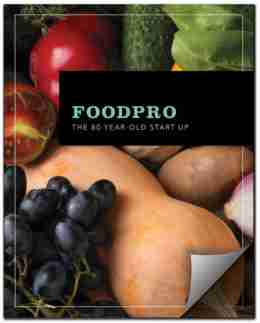 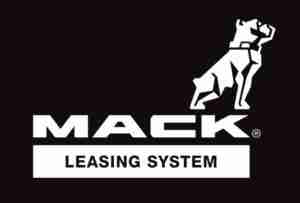 FoodPRO finds the formula for rapid growth Scott Brunk never intended to take over his family’s food distribution company. And then the fever hit. Founded...