As builders of the equipment that makes some of the most formidable machinery on the planet, Fives Machining Systems, Inc. never ceases to amaze 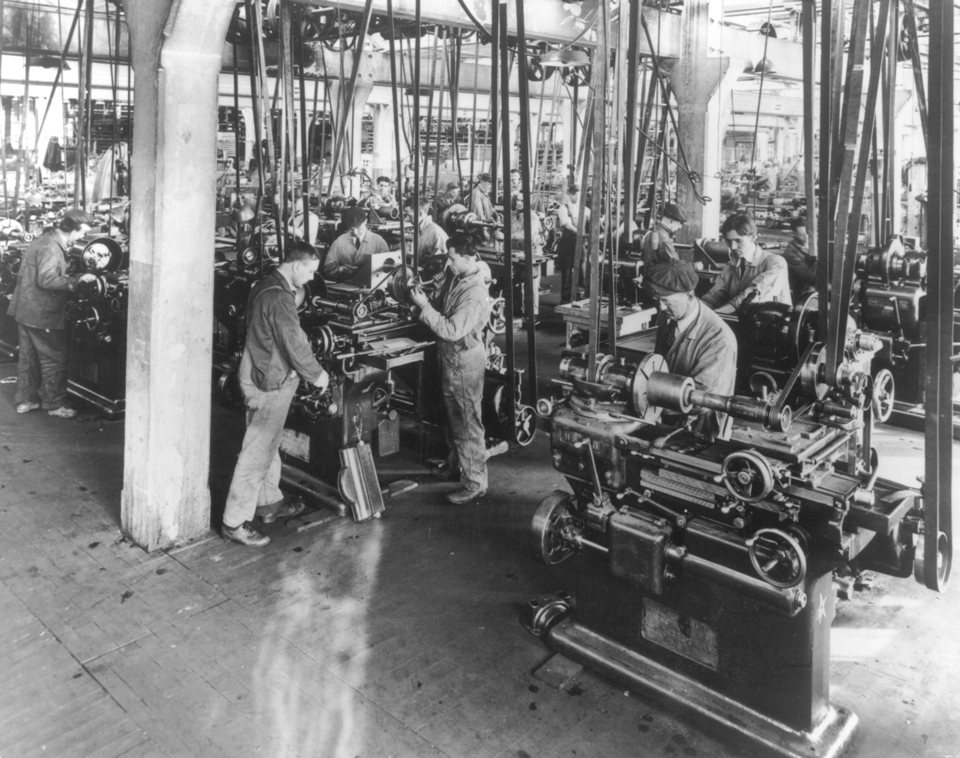 In 1940, as he worked to build public support for the war effort, FDR called America the “arsenal of democracy.” By the end of World War II, America manufactured two million trucks, 107,000 tanks, and 93,000 ships for the fight. The companies that formed the foundation of Fives Machining Systems made that all-out manufacturing effort a reality.

The manufacturers of the world’s most immense and vitally necessary equipment demand uncompromising reliability, precision, and quality from the metal cutting, machining, and composite solutions they select — and they depend on Fives to deliver.

As part of a global management firm with annual revenues in excess of $2 billion, Fives Machining Systems, Inc. is built upon legendary American brands Cincinnati and Giddings and Lewis.

“Fives Machining Systems is the marriage of two different very, very long standing and established American companies. The first is Cincinnati, which was once the origin of Cincinnati Milacron,” detailed Steve Thiry, president and CEO of Fives Machining Systems. “At 134 years old, Cincinnati has been in the business of manufacturing machine tools since the late 1800s and is based in the Cincinnati area. And Giddings and Lewis, which is in Fond du Lac, Wisconsin, will celebrate its 160th year of continuous manufacturing of machine tools next year.

“Giddings and Lewis builds machines to make very large parts and difficult to manufacture materials such as titanium-and-nickel based alloys. The Navy is evaluating replacement of a piece of Giddings and Lewis equipment, used for the repair of propeller shafts and propellers on aircraft carriers.  This machine has operated reliably since installed into Pearl Harbor in 1951. So that gives you an idea of the longevity of our equipment. There’s a tremendous history here.”

Thiry added, “In general, we tend to refer to our company as not 160 old, but as 160 years alive. It's been alive and active and progressing throughout that time,” he said.

“The company is constantly reinventing itself in terms of service and technology. We have hundreds of patents. You could go to virtually any significant manufacturing company in the world, and they would know either the Cincinnati or Giddings and Lewis names. You can go to China, into Russia, throughout Europe, or South America — anywhere. That's the level of history we have for producing high quality machines and providing strong support of those products. That has not at all changed today.”

The Impact of Service 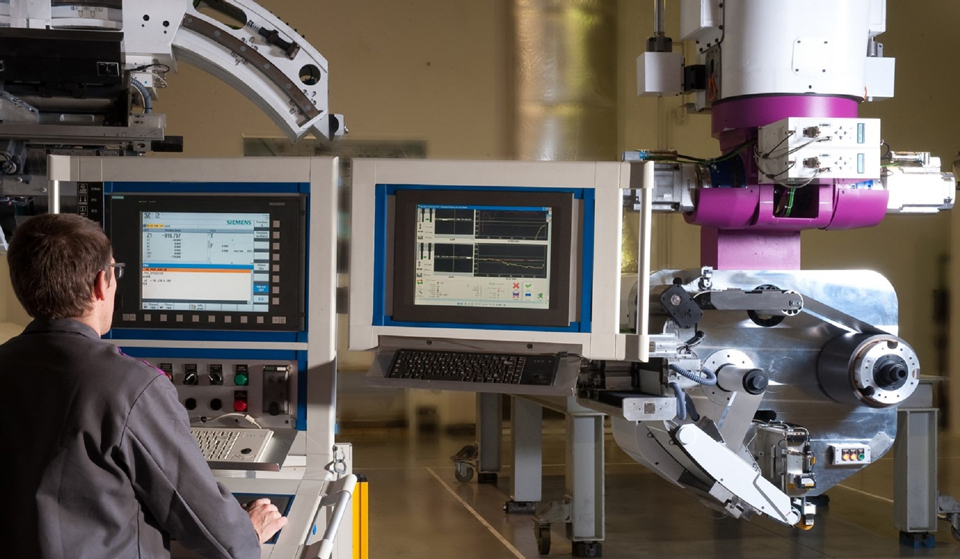 Every commercial airplane in the sky has been touched by a Fives machine. This ranges from the Boeing 787 Dreamliner and the Airbus A380, to the Textron small business jets. Whether landing gear machined on Cincinnati’s multiple-spindle profilers, or aircraft body skins created on Fives’ composite tape and fiber replacement equipment, these machines help the aerospace industry advance at every turn.

In addition to every commercial aircraft manufactured in the world having parts produced on Cincinnati or Giddings and Lewis machines, every Western military aircraft has components manufactured by Cincinnati as well. This includes Lockheed Martin’s F35 Joint Strike Fighter, the most advanced fighter aircraft in the world.  “We are proud of the fact that in addition to the production of traditional parts, it is the Cincinnati-developed VIPER fiber placement machines that lay the high tech materials that give the F-35 its stealth characteristics,” Thiry asserted.

The level of accuracy that is built into every Fives machine ensures that customers get the consistent results required to meet their operational goals, particularly when it comes to cost. Take scrap rates, for instance. Thiry reported that not so long ago a five percent scrap rate was considered fairly reasonable in the manufacturing world. “Today, if you think about the cost of some of these complex components, which can range from $150,000 to $350,000 each, the cost of scrapping even one percent is staggering. Being able to reduce those scrap rates by producing components more accurately is a critical element of the profitability of our customers.”

As the company’s customers develop new products and increase their speed to market, keeping pace is crucial. “As our customers develop,” he explained, “they are constantly changing things, so the pressure to build the equipment, install it, and have it up and running quickly and correctly becomes more and more important.  Imagine the competitive advantage you are giving your customer by being able to build a machine and have it in production in a month less than they might have done in the past. It means they're in production and they're making money that much sooner.”

Fives’ service organization is on par with its production business, and with good reason.

Given the sheer size, weight, complexity, and expense of the manufacturing equipment OEMs use, they are understandably loath to take a “rip and replace” approach as machines age, preferring to extend the life cycle with rebuilds.

“What I think is very unique right now, because of the changing new technologies in terms of controls, motors, and drives, we're able to go back to many machines that have been in operation for over 15 years, rebuild and upgrade them, and they will in fact handle as much as 15 percent more production than they did when they were brand new,” Thiry revealed. “We are converting 20th century technology to 21st century productivity!” 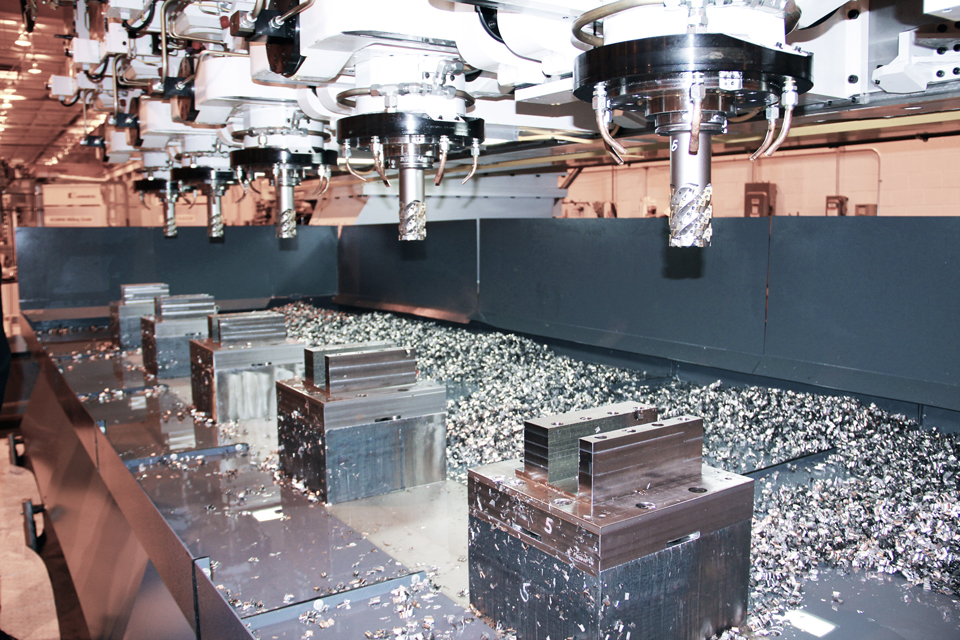 The legacy of the company’s involvement in the “arsenal of democracy” is never far from the minds of the 450 stateside employees of Fives Machining Systems. (Globally, the segment employs 1,200 people in over 15 countries.) Third and fourth generation employees are proud to trace their work heritage back to the founding firms. Unsurprisingly, the Fives’ domestic workforce is comprised of many former military service members. As their forbears were in the earliest days, today’s workers are united in their mission to grow, excel, and be on the forefront of new technologies.

As Thiry pointed out, “The one thing that resonates throughout the company is that our people are extremely proud of the work they do, and they're driven by one goal which we communicate and everybody drives to: Our goal is that our customer cannot buy a piece of equipment from anyone else that he can make as much money operating as ours.  We only win when our customer wins!”

Fives is an industrial engineering group that designs and supplies machines, process equipment and production lines for the world’s largest industrial groups in various sectors. Within Fives, the Metal Cutting │ Composites Segment specializes in the supply of machine tools and complete manufacturing solutions.

With a strong foundation based upon renowned legacy brands such as CINCINNATI, GIDDINGS & LEWIS, FOREST-LINÉ, LINÉ MACHINES and LUND ENGINEERING, Fives is recognized as the preeminent provider of outstanding manufacturing solutions that are at the heart of its customers’ performance.

Located in over 30 countries and with over 8,000 employees, Fives is known for its technological expertise and ability to execute large-scale international projects. Fives’ markets are without boundaries and the Group executes projects everywhere in the world to the highest global standards. Its pioneering and enterprising spirit enables Fives Machining Systems to design ultimate solutions that anticipate its clients’ needs in terms of profitability, safety and environmental standards. 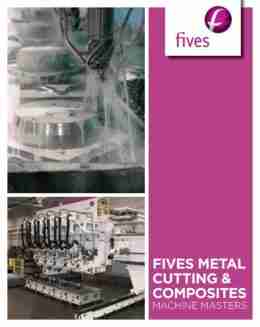