A New Wave of Financial Tech: The Future of Fintech

The on-demand economy has led to a sharp increase in fintech companies. So what’s next for the field outside of big banks?

The on-demand economy has led to a sharp increase in fintech companies. So what’s next for the field outside of big banks?

While you’ve undoubtedly become accustomed to witnessing the digital disruption of the healthcare industry in recent years, you may be less aware of the second largest industry target for reinvention: financial technologies, or “fintech.”

Goldman Sachs estimates that fintech is on target to pull annual profits of $4.7 trillion away from traditional financial services, and in the spring of 2016, it stepped forward to join the financial tech trend by acquiring online wealth manager Honest Dollar.

What exactly is going on here? Below is a brief FAQ to orient you to the wondrous emerging world of fintech. 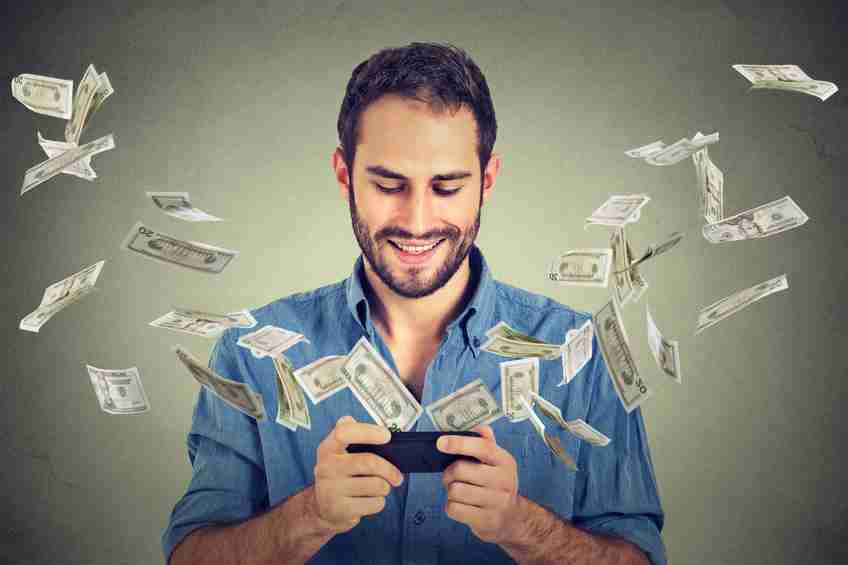 You may be noticing this word more these days. Fintech refers specifically to technology-driven startups that reimagine traditional services in the financial sector and deliver those services in the on-demand economy.

Many of these new services are delivered to customers by mobile apps, and customers who are already comfortable using budgeting apps. Mobile banking services tend to be open to new methods of investing, borrowing, and paying.

What Kicked Off the Fintech Boom?

After the economic crash of 2008, new procedures were put in place with the aim of making financial institutions more secure. One sector of this innovation is being led by a flock of energetic startups, bringing new products and systems to the financial industry. Furthermore, the low interest rates of the past several years have made capital abundant and affordable for these money-related startups.

How Rapidly Is This Field Growing?

In the next few years, you can expect exponential growth as more companies follow behind the pioneers in each segment of the field. One of the newest zones that fintech is disrupting is insurance, with contenders such as Guevara the UK motor P2P insurer.

Accenture reports that global fintech firms drew $12 billion in investments in 2014, a tripling of funding over the previous year. New companies interconnect with one another as hugely successful payment processor WePay, now estimated to be worth $220 million, processes the credit card payments made on such platforms as GoFundMe and CrowdRise.

Who Are the Key Drivers Behind Fintech?

Fintech encompasses a growing variety of new functions, from payment channels to automated wealth management, crowdfunding, and online lending. Lending Club and OnDeck are two of the leaders in peer-to-peer lending that may have caught your notice recently when they went public. Various experts frequently compile lists of the top fintech companies, but you’ll find certain ones near the top of every list. Some of the standouts include:

Various experts frequently compile lists of the top fintech companies, but you’ll find certain ones near the top of every list. Some of the standouts include:

What Is Fintech’s Impact on the Financial Industry?

Banks are being forced to play catch-up to meet the new streamlined competition that doesn’t have to abide by the same layers of regulation. For example, Lending Club’s cost for doing business is only two percent of its outstanding loan balance, while this figure runs between five and seven percent for a traditional brick-and-mortar lender.

The extensive connectivity of these online lenders means they can calculate risk through numerous informational channels. Using everything from social media postings to crowd-sourced popularity ratings, companies such as Kabbage and OnDeck can assess a company’s strength with new accuracy. The depth of their assessments surpasses the traditional method of one loan officer making a decision on creditworthiness.

Because of this agility, banks will be forced to accept lower margins. They will also end up focusing on the services that online lenders can’t provide, like accounts tied to loans and various in-person services.

Who Benefits the Most From Fintech?

To answer this question, you should probably start with sites such as Kickstarter, GoFundMe, and Indiegogo. These provide outright grants to individual artists, inventors, entrepreneurs and, increasingly, scientific researchers.

Consumers and small businesses needing capital find substantial benefits in the new lending platforms because they allow borrowers to use alternative methods of proving creditworthiness. The economics of peer-to-peer loans produces different equations for lenders and borrowers as they stream through the financial conduits at lightning speed.

What Does the Future Hold for Fintech?

You’re likely to see emerging economies take the lead in fintech growth, according to Ian Pollari, partner and global head for fintech at KPMG. China’s online insurer ZhongAn, which gained prominence almost overnight, is one such example.

In an analysis of fintech’s future, Accenture points out that this disruptive pattern maps new frontiers for traditional banks. “Embracing these themes and creating the right foundations will allow banks to disrupt their business model rather than sit on the sidelines…” Another future development to keep an eye on is the increasing legitimacy of crypto-currencies, like bitcoin, which are finding their way into the online marketplace.

It’s evident that the digital revolution is only beginning its reimagining of every corner of the financial world. You can be confident that fintech will move wealth in future years through channels that no one has yet imagined.