From virtual walls to limited attendance, sports try to keep us entertained

From virtual walls to limited attendance, sports try to keep us entertained 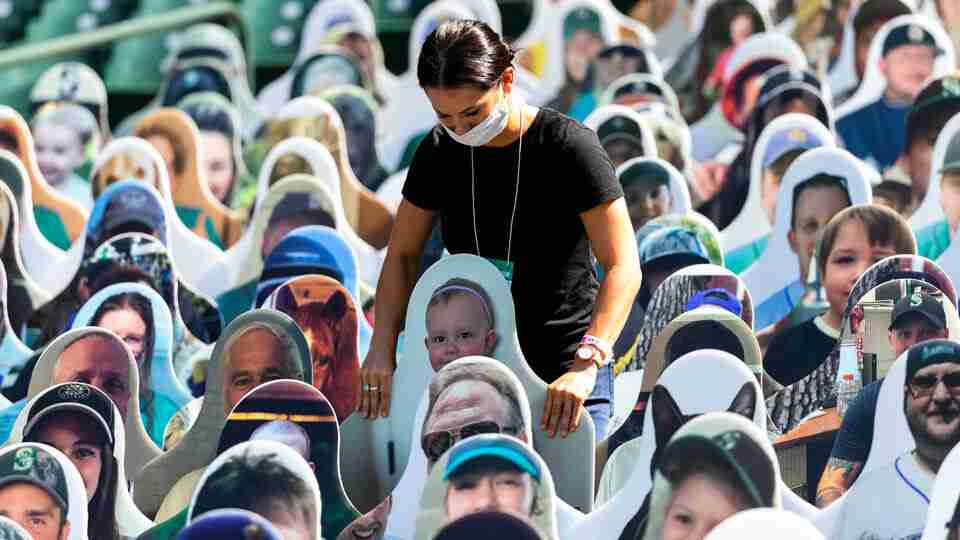 It took a great deal of creative thinking, contentious negotiations, and testing breakthroughs, but after a spring devoid of sports, they’ve come back in a big way. Fans now have a smorgasbord of NBA and NHL playoffs coinciding with Major League Baseball and the beginning of football season. There are majors in tennis, with the French Open quickly following the US Open, and golf—with The Masters in November to look forward to.

Bubbles have helped the NBA and NHL minimize COVID risk with sealed perimeters, while baseball has adopted a similar strategy for the playoffs after outbreaks led to teams taking extended layoffs and being forced to make up lots of games in a short time. The St. Louis Cardinals were held out of competition for 16 days and had to play 53 games in 44 days in an already drastically shortened season.

A bubble approach is pretty much impossible in football, with a week off between games, and while the NFL has the resources to test and trace without major disruptions so far, college football has seen a significant percentage of games cancelled or delayed, though major conferences seem determined to get a fall season in.

By necessity, the bubbles keep fans out. Baseball too has not allowed fans into stadiums this season, though one intrepid Red Sox fan managed to disrupt a game anyway, breaking into Fenway Park and throwing hats on the field. Football has seen a mix of empty stadiums and limited capacity, mostly dependent on state and local rules for gatherings. In addition to re-envisioning operations to simply be able to complete their seasons, sports have  had to rethink the fan experience.

The Los Angeles Rams opened SoFi Stadium with a victory over the Dallas Cowboys, and with no fans in the stands. A week later the Chargers had their first home game in SoFi, an overtime loss to Kansas City, also without fans. It was hardly an auspicious way to open the gaudy $5 billion, 3.1 million square foot construction.

What the LA teams did have in their corner was a 120-yard videoboard that contains 70,000 square feet of LED screen. While it was designed to entertain fans in attendance, it has been quickly adapted to enhance the home viewing experience, with TV-friendly graphics and videos of players’ families. It was designed to keep the attention of younger fans, who want to check on their fantasy teams or otherwise check their phones during lulls in play. That task is even tougher when they’re not even in the stadium.

To make fans feel like they are in the stadium, the NBA has teamed with Microsoft to put fans on 17-foot LED screens surrounding the court via the Teams app. Supporters can get all decked out in their favorite team’s gear and cheer along in real time, even trying to distract opposing shooters. Celebrities routinely show up on the video wall much as they would in courtside seats under ordinary circumstances.

Though all NBA games since the restart have taken place at Disney’s Wide World of Sports in Orlando, the “home” team has its logos—and sponsors’ ads—on the court. The NHL has acknowledged “home” teams in its Toronto and Edmonton bubbles by playing their customary songs when they score a goal. A fan watching at home might get the sense, if only briefly, that her or his team is playing a real home game. For the Stanley Cup Finals in Edmonton between Tampa Bay and Dallas, the NHL enhanced the stakes by having the cup looming over the ice from the start of the series. Typically, the cup is only in the building when a team has the chance to win it that night, and it’s not on display until it’s claimed. 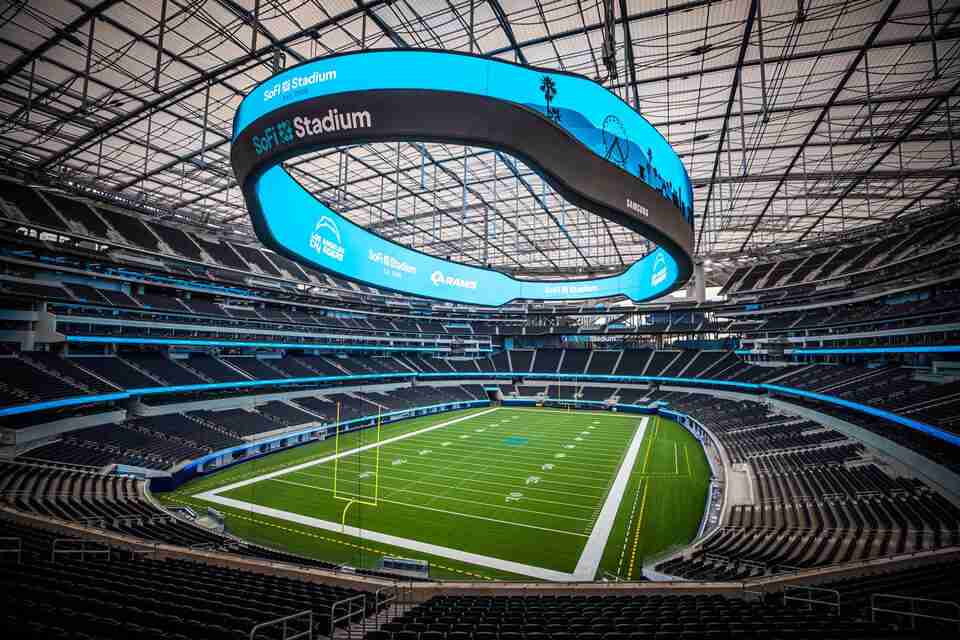 As befits its more traditional style, baseball adopted a decidedly low-tech approach. Fans have been able to purchase Correx board cutouts of themselves to place in the stands. Cost varies depending on placement; behind home plate costs more than down the third base line, for example. Fans have even bought cutouts of their pets, their babies, and deceased loved ones to adorn the parks during games. In Oakland, the Athletics revived former mascot Charlie O the horse in cutout form, and had a young Tom Hanks selling hot dogs as he did in the 1970s before making it big as an actor.

In a few places, fans have still been able to take in the action live. While fans aren’t allowed in the stadiums, St. Louis’ Ballpark Village and Chicago’s Wrigley Rooftops have outdoor seating across the street that have been open, meaning fans could take in the game from afar in person.

One fan, whose cutout was repeatedly battered by Dodgers home runs, received a signed bat for his troubles.

TV partners, as they have in other sports, have pumped in fake crowd noise for broadcasts to mimic the sounds and rhythm of a normal game, but the quietude has also offered a rare opportunity to hear the communication of the players during games.

Butts in the Seats

The defending Super Bowl champion Chiefs opened the NFL season in Kansas City in front of about 16,000 fans. Despite public officials’ requests for anyone planning on attending to self-quarantine for 10 days before the game, a fan in attendance tested positive for COVID-19, and contact tracing led to 10 other fans being quarantined. Kansas City is one of a handful of NFL teams allowing fans in the stands at reduced capacity.

Most pro and college football teams allowing fans in are doing so at around 20-25% of stadium capacity to allow for social distancing and avoid large clusters of people gathering in confined areas, especially when exiting. Several states and schools are still allowing pregame tailgating, which seemingly defeats the purpose of limiting attendance and social distancing but is also one of the main draws of college football in normal times, with fans and alumni descending on a college town for a weekend of partying.

After tennis’ first major of the restart, the US Open, went off in New York without fans, the French Open began in Paris with 5,000 fans admitted per day, less than half of what had been planned even a week before the tournament began. A surge in coronavirus cases in France prompted the reduction.

That’s pretty much what we’ll be dealing with as fans throughout the pandemic, different rules in different places and venues changing protocols on the fly. As with everything else, we’re trying to find a delicate balance between commerce and a sense of normalcy, and safety. Nevertheless, it’s been a welcome sight to take in a game.