6 Standouts from the eVolo Skyscraper Competition

These six eVolo skyscraper entrants went above and beyond the competition.

These six eVolo skyscraper entrants went above and beyond the competition.

Buildings have been scraping the sky since the mid-1880s, when the Home Insurance Building rose above the rest of the structures in downtown Chicago. Although its 10 stories don’t seem very impressive today, it was a huge architectural achievement at the time.

Today, the Burj Khalifa in Dubai takes the title for tallest skyscraper, but it will no doubt be unseated soon.

These mammoth buildings have provided a way to fit more people comfortably in a smaller space on earth. But the future of skyscrapers won’t just be about housing humans—the possibilities are endless.

That’s the tone the eVolo skyscraper competition set and its 2017 winners proved. Some of the designs are far more plausible than others; many take a stab at solving some of the world’s—and humanity’s—biggest problems.  Others have to be seen to be believed.

eVolo recognizes visionary ideas for building high-rise projects that, through the novel use of technology, materials, programs, aesthetics, and spatial organizations, challenge the way we understand vertical architecture and its relationship with the natural and built environments.

Read on to experience the top three designs and a few of our favorite runner-ups. 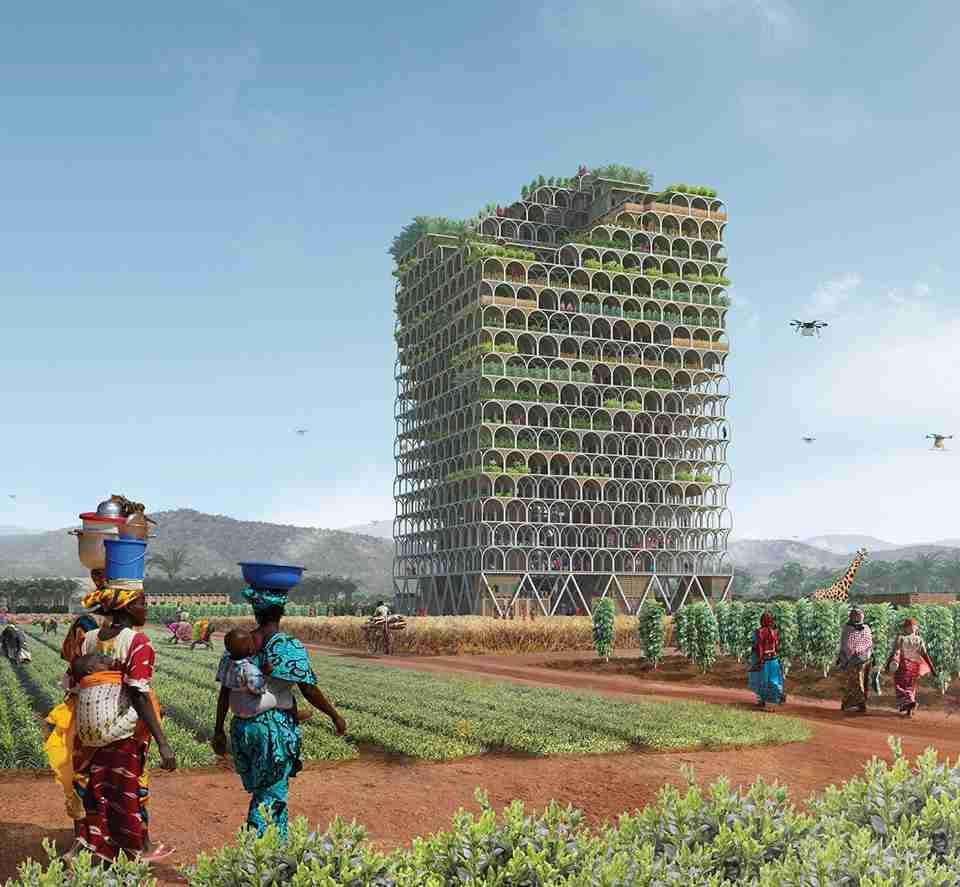 Lipinski and Frankowski’s urbanist design aims to bring the green revolution to some of the world’s poorest people. Over 40 percent of people in sub-Saharan Africa live in absolute poverty, and over half are small farmers.

With training, fertilizer, and seeds, they believe that small-scale farmers will have the opportunity to grow produce the same way modern farms do.

Mashambas is a movable educational center that travels to the poorest areas on the continent. Education, training on agricultural techniques, cheap fertilizers, and modern tools are the focus, but it also creates a local trading area.

The modular building is transported to the next locale once the local community becomes self-sufficient. 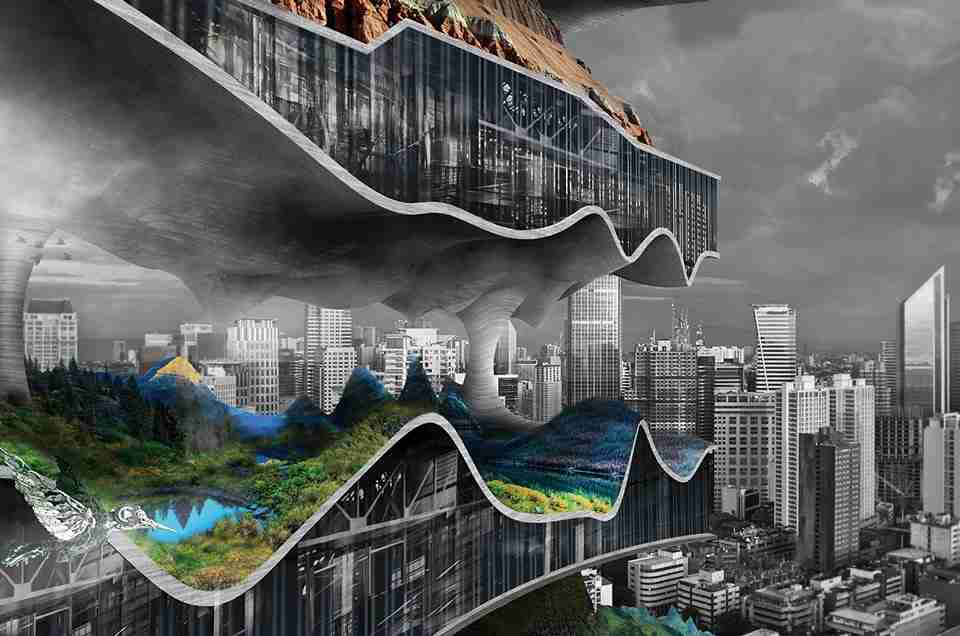 It’s projected that the number of megacities (population over 10 million) will grow from 23 to 36 by 2025. Cornell University architecture graduate students Lui and Xie’s future outlook sees factories taking up less room by being integrated into city landscapes vertically.

“By bringing factories back to the city, we can achieve zero CO2  emissions, be energy efficient, and provide higher quality of life to the inhabitants,” their application for the contest read.

Their concept focuses on the circular economy: organic waste will be the resource for the factory, transforming it into water, fertilizer, heat, and electricity.

“Instead of criticizing the pollution problem we create the most ideal way for people to understand the best interaction between human and nature.”

“I focus on initial theories on verticality, in which the concept of verticality is seen as the possibility of reproducing and extending all that happens at ground level,” he said.

The eastern coast of Spain is known for its public and open spaces, but his Espiral 3500 takes public spaces inside. In creating this skyscraper, Salazar explored the relationships between and the role played by private and public spaces within the skyscraper.

“I use a spiral system in which the public spaces (namely the different types of streets) form rings that rest on a structural element. Spaces for private use hang from this structural element. This ‘inverted street’ system allows for an immediate linking of public and private, while allowing for sufficient dissociation to grant desired privacy.” 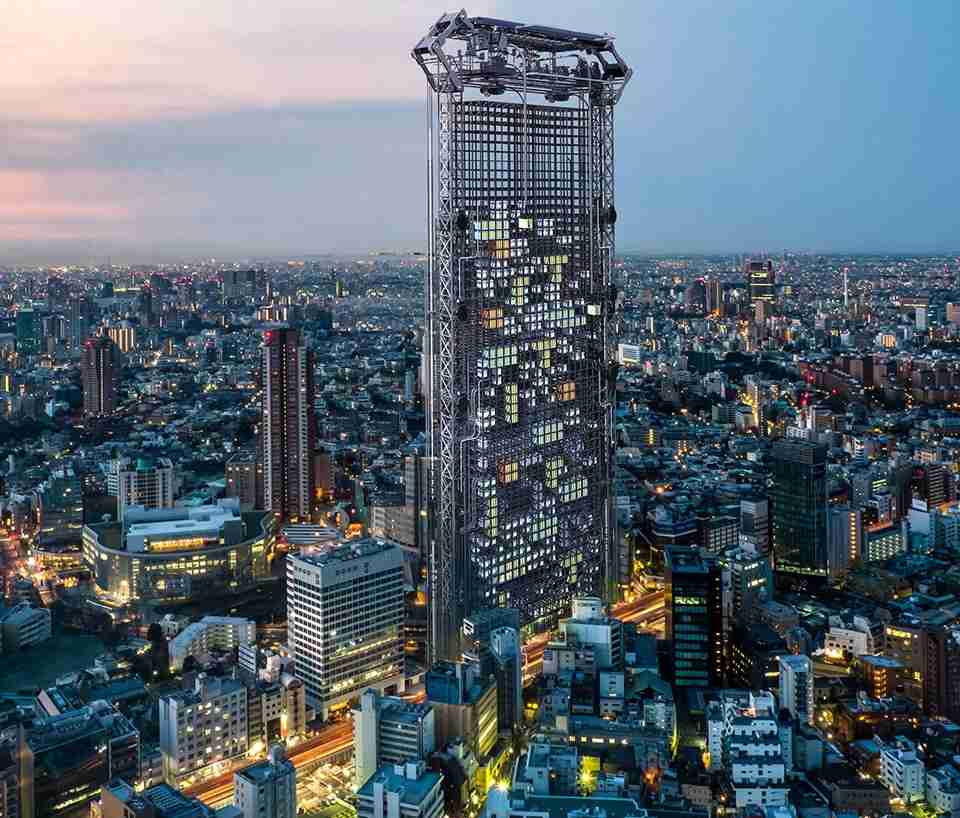 Visitors to Tokyo do not expect the impressive number of vending machines that are on nearly every block and in every neighborhood. Rafiei thought, then, why not create a vending machine for housing?

His Pod Vending Machine Skyscraper is a building that is constantly under construction: “A tower that grows in parallel with the city’s housing demand. Borrowing the Japanese maxim Wabi-sabi, the building remains an ‘incomplete infrastructure’ that changes and adapts over time.”

In its simplest form, it’s a home dispenser.

Ready-to-use pods are manufactured, plugged onto site, and can be purchased instantly. A pod printer that 3D prints modular dwellings is installed above the building. The printer will dispense pods and will grow higher as the building grows.

Mountain Skyscraper in Yosemite
Ryan Ibarra of the United States 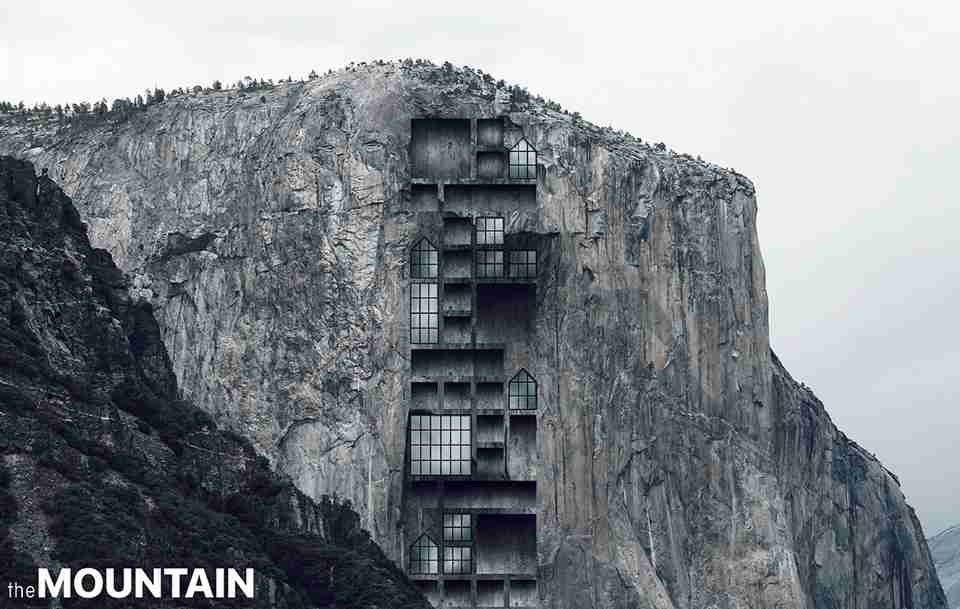 In order to demonstrate a more cohesive vision of man and nature, Ibarra designed a structure that could be built into a mountainside.

The Mountain would become the skyscraper. The designer’s initial choice was a mountain located in California’s Yosemite National Park.

“Using a grid to establish a framework for the design, the mountain cliffside becomes the host for the spaces to be carved out of,” Ibarra said in his application.

“These extrusions are negative spaces embedded in the towering natural structure of the earth. Individually, the habitats are able to occupy different programs varying in scale. When aggregated together the volumes form a monolithic skyscraper reaching thousands of feet into the the air.” 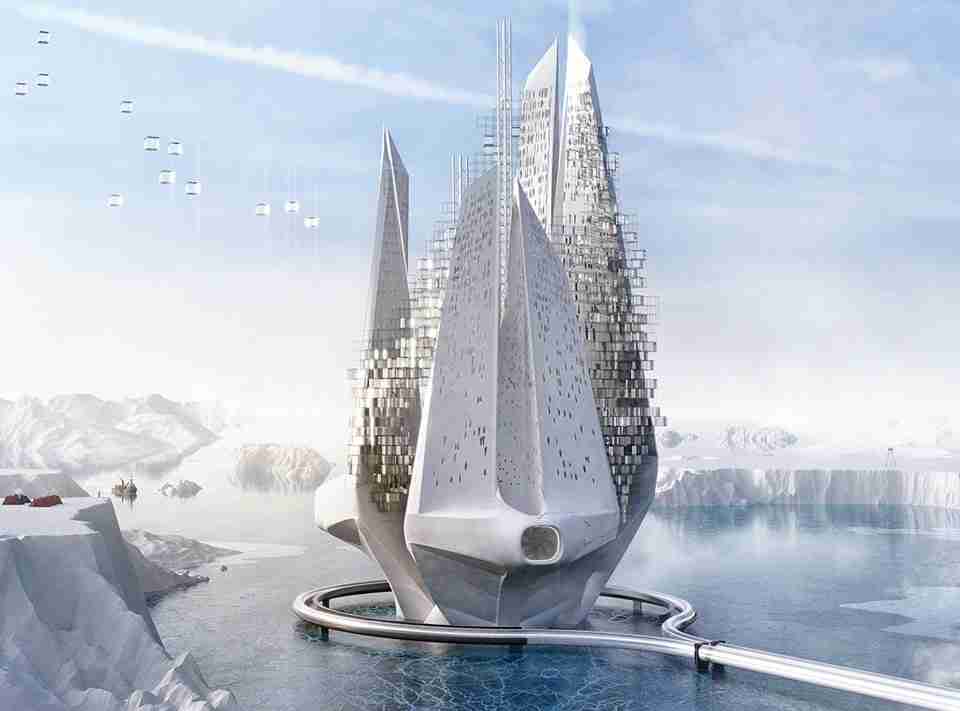 The HEAL-BERG is one of the more sci-fi designs in the 2017 competition. The application even takes on the sci-fi genre, introducing the HEAL-BERG unveiling ceremony in Antarctica in 2022.

The building is designed to cease, heal, and reverse the process of climate change and its impacts on Earth. Carbon dioxide conversion, ocean water cooling, salinity gradient power, and wind power all are cited as ways of operation.

Beltrame and Tafreshi cited the building material as a 3D form of graphene, using extracted carbon from the process of converting CO2 to O2. Hyperloop and drone technology would deliver people in between residential units and from one HEAL-BERG structure to another.