These countries are emerging as tech leaders in the E.U.

These countries are emerging as tech leaders in the E.U. 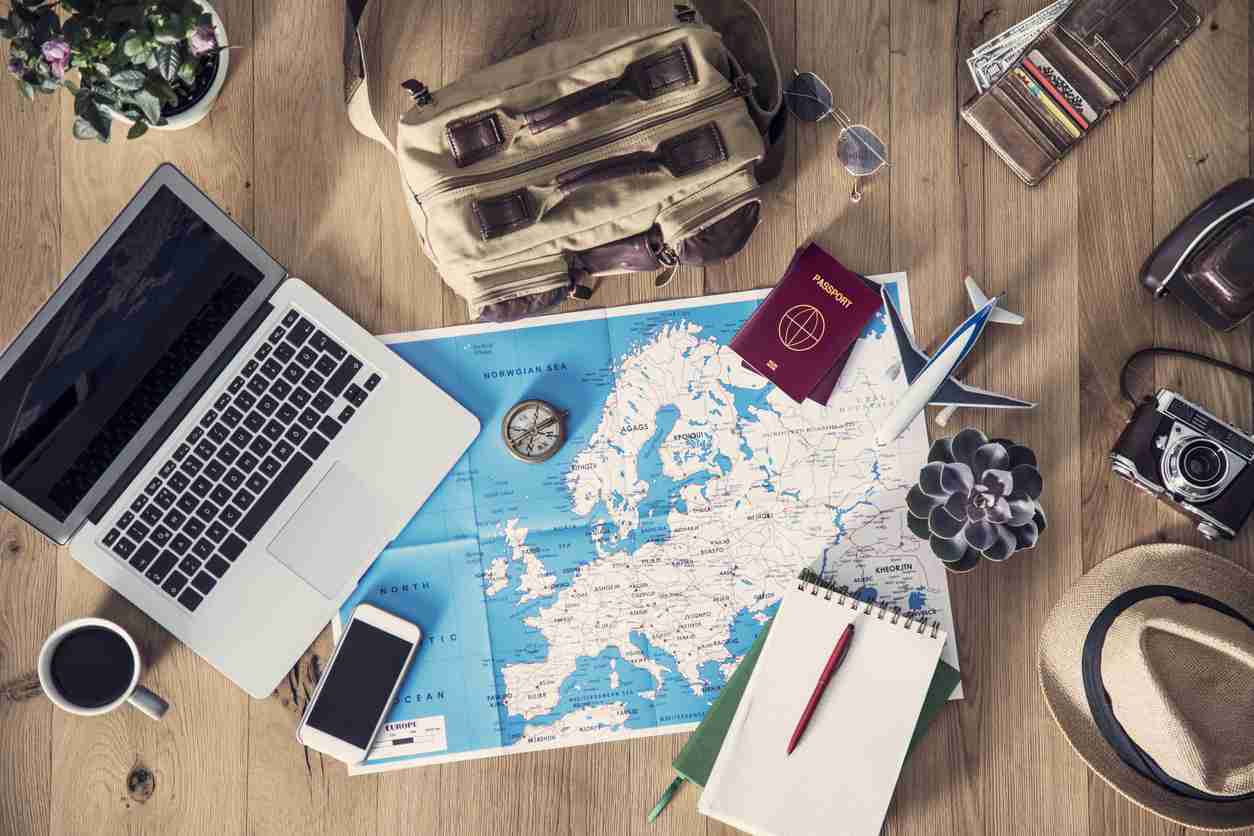 The global technology boom has created an extremely lucrative and competitive industry with countries around the world desperately trying to take the lead. A key indicator of tech investments is high technology exports. High-tech exports are products which require significant resources and research in order to develop and produce, including the aerospace, computer, pharmaceutical, scientific instruments, and electrical machinery industries, to name a few.

Analyzing the high tech export figures of each country is a crucial indicator of their commitment to driving forward investments in tech and essentially the effort they are making to become a more technological nation. High tech exports are essentially products that require significant resources and research in order to develop and produce, and have a variety of benefits both for the exporter and importer. Coming in a variety of forms from technical guidance and assistance, to the transference of industrial property and rights, the granting of licenses related to business management or even pertaining to patent rights and utility model rights, exporting high-technology can be extremely profitable and advantageous for a country in the digital world we live in today.

But which European country is enjoying the most growth in high-tech exports?

RS Components have analysed 10 years of high-tech export data from The World Bank to see which countries are enjoying the most growth. You can view the map here.

Albania has emerged as the country with the highest average annual growth rate in high-tech export value, with a 155.2% increase from$3,968,947 in 2006 to $8,424,644 in 2016. Albania is an upper middle-income country with a population of approximately 2.9 million people. The European country received EU candidate status in June 2014, joined the World Trade Organization (WTO) in 2000 and the North Atlantic Treaty Organization (NATO) in 2009. Exports from Albania totaled $2 billion in 2016, 6.2% of which were destined for the United States. Primary exports from Albania to the US for example, include medicinal herbs, ferro-alloys and mineral fuel and oil. However, the EU remains Albania’s primary trading partner, with 80% of Albania’s exports in 2016 going to the EU. Primary trading partners of Albania within the EU are Greece, Turkey, Germany and Italy. Looking to the future, it’s predicted that information and communication technology, healthcare, and energy and power technology are the best prospects for export promotion [1].

In addition, in 2017 a new program was set up by the British Embassy Tirana and the British Council Albania, to support the partnership between Albania and the UK in the technology sector, aimed at boosting tech start-ups in Albania, and creating opportunities to do business with the UK [2].

Azerbaijan takes second place, with an average annual growth rate of 41.1% from $9,073,107 export value in 2006, to $9,132,464 in 2016. Strategically positioned at the joining of southwestern Asia with southeastern Europe north of Iran and south of Russia, 49.9% of Azerbaijani exports by value were delivered to European countries in 2016, with 46.4% sold to Asian importers. Based on estimates from the Central Intelligence Agency’s World Factbook, Azerbaijan’s exported goods plus services represent 45.9% of total Azerbaijani economic output [3]. Science and technology is one of the main fields of the state policy that generally affects all aspects in Azerbaijan, with the Azerbaijan National Academy of Sciences acting as a central agency for science and technology in order to implement state policy in this field [4].

You can view the full data here. 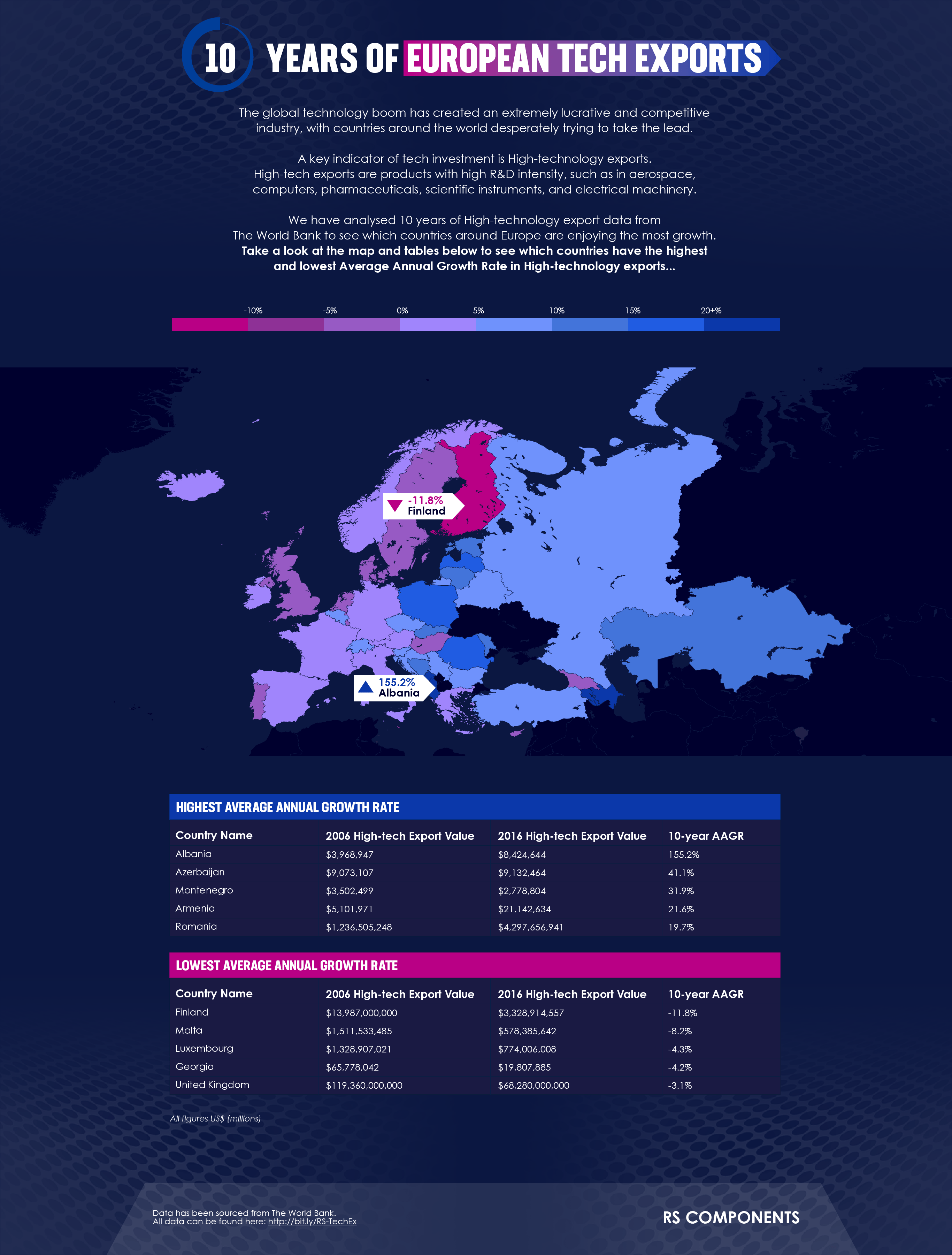