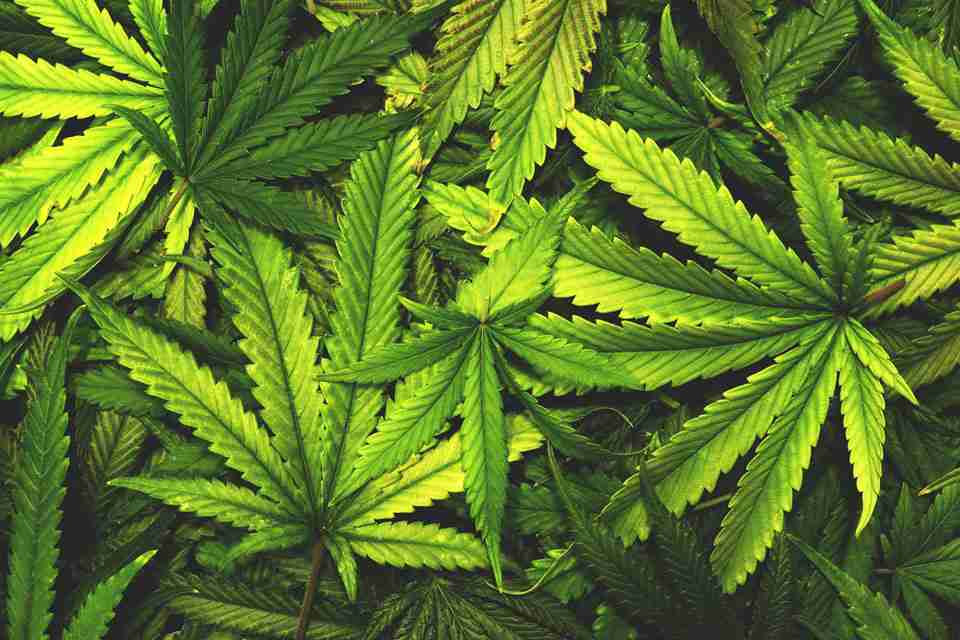 As of this summer, medical marijuana is legal in 30 states and Washington, D.C. Nine of those states, plus D.C., have also legalized marijuana for recreational purposes. Although the federal government has not been as quick in its acceptance of cannabis, it’s clear that the cultural perception of the drug is changing.

Perhaps nowhere is this more evident than in a recent decision by the FDA to approve Epidiolex, the first prescription drug to be derived from the marijuana plant. The medication was approved as a treatment for Lennox-Gastaut syndrome and Dravet syndrome, both rare forms of epilepsy that begin in childhood.

Though Epidiolex is derived from the marijuana plant, it does not produce the “high” felt by recreational users of marijuana. This is because it’s made from cannabidiol (CBD) which is a chemical found in marijuana, but one that does not have the psychoactive effects of tetrahydrocannabinol (THC), another chemical found in the plant. The FDA’s approval raises questions about the drug itself as well as the future of CBD in the medical field and society in general.

As a chemical derived from the marijuana plant, CBD is still federally classified as a Schedule I substance, meaning it is considered a highly dangerous drug with no medical value. It’s possible—though not guaranteed—that the approval of Epidiolex could lead the DEA to reexamine the classification of CBD, or at the very least, to the approval of other cannabis-based drugs.

Such a decision will likely depend on the effectiveness of Epidiolex at treating children with severe seizures. The drug is, after all, described as essentially medical grade CBD. Doctors are excited by this development because people are increasingly turning to cannabidiol to treat problems like epilepsy, and the artisanal form of CBD is unregulated and often mislabeled.

GW Pharmaceuticals, the maker of Epidiolex, showed through its studies and trials that their drug is able to reduce seizures when used in concert with other epilepsy medication. Promising news, and enough to get FDA approval, but the company was not done yet.

Founded in the U.K. in 1998, GW Pharmaceuticals has made its way to the forefront of the field of cannabinoid-based medicine thanks to Epidiolex, but 20 years of research has given them other ideas as well.

According to a company press release from late 2017, GW Pharmaceuticals reacquired the rights to “develop and commercialize” another CBD-based drug, Sativex. The medicine, which is sprayed under the tongue, can be used daily to reduce muscle spasticity that is symptomatic of multiple sclerosis, or used to ease pain when spastic symptoms hit.

Sativex has already been approved in 29 countries and completed three phases of testing, leaving the company confident of its chances of gaining FDA approval similar to Epidiolex. Clearly, CBD-based drugs are not only gaining traction in the U.S., but around the world as well.

Two Canadian companies—Tetra Bio-Pharma in Ontario and Santé Cannabis in Quebec—have teamed up to conduct a study looking at the use of CBD oil rather than fentanyl for treatment of chronic pain. The two researchers are examining how long CBD oil takes to relieve pain and what effects, if any, increased levels of THC have on its ability to do so.

If, as Tetra and Santé Cannabis predict, cannabidiol can effectively treat the chronic pain brought on by some neurological disorders and replace fentanyl, it could not only provide relief but also save lives. Fentanyl is an addictive opiate, 50 to 100 times more powerful than morphine—on the other hand, cannabidiol was proven to have no addictive side effects on rats in a National Institute of Health study.

In 2016, according to a government report, nearly 64,000 people in the U.S. died from a drug overdose, with 20,100 of them dying as a result of fentanyl—more than double the number from 2015. Providing a safe alternative to fentanyl could be a major step towards solving a public health crisis.

On the other side of the world, Gold Coast University Hospital in Australia has partnered with CannTrust Holdings, Inc. to study the efficacy of using CBD oil capsules to treat Amyotrophic Lateral Scoliosis (ALS), commonly known as Lou Gehrig’s Disease. This particular type of scoliosis is currently incurable and causes inflammation and degeneration in the lateral area of the spinal cord.

Although still in the research stage, the hope is to gain a better understanding of the neurodegenerative disease and slow its progression. If the research proves fruitful, the study will enter clinical trials to investigate the effectiveness of CBD oil in treating the illness. 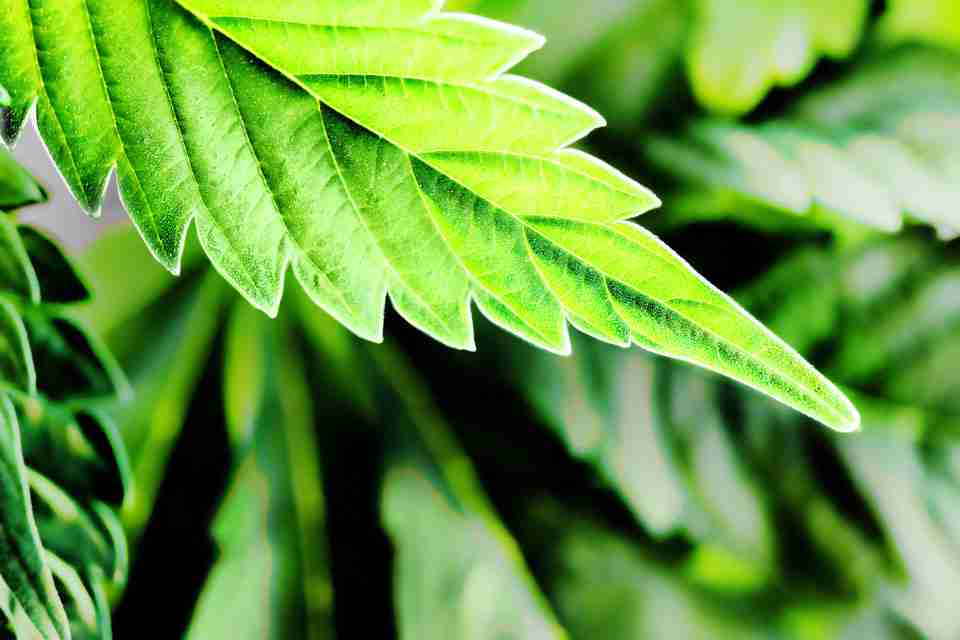 Despite being in somewhat murky legal territory in the U.S., research concerning CBD continues unabated. Zynerba Pharmaceuticals based in Devon, Pennsylvania, has developed a CBD-based gel that is meant to treat the symptoms of Fragile X Syndrome, a neurological disorder primarily affecting males that can lead to seizures and social, intellectual, and developmental issues.

Zynerba’s gel, currently referred to as ZYN002, is undergoing clinical trials in the United States, Australia, and New Zealand. The trial, known as CONNECT-FX, includes 200 male and female patients with a Fragile X diagnosis, some of whom will be given placebos. Incidents of aberrant behavior and social avoidance commonly associated with the syndrome will be recorded throughout the trials.

If ZYN002 proves to be successful in reducing unexpected behaviors and social anxiety during the trials, the next step will be meeting with the FDA, filing a New Drug Application, and hopefully following in the footsteps of Epidiolex.

With or without federal approval, CBD oil is becoming the choice for people in the United States looking for homeopathic solutions to chronic problems. In states where medicinal marijuana is legal, brick and mortar options are plentiful, but even in states where it is not, ordering cannabidiol online isn’t difficult.

This spring’s AutismOne Conference in suburban Chicago devoted a featured lecture by neurologist Ronald Aung-Din, M.D. in which he lauded the use of CBD oil to alleviate anxiety and disruptive behaviors associated with autism. The opinion was shared by many parents in the audience who have noticed the impact of cannabidiol after years of frustration with other medical and behavioral methods of intervention.

In states where CBD oil is legal, stores like The Source in Spokane, Washington are seeing an influx of people seeking treatment for a variety of ailments. Caregivers and people with Alzheimer’s, epilepsy, Parkinson’s, and a host of other neurological ailments are turning more and more to cannabidiol after limited success with traditional medication.

Of course, cannabidiol is not just being used to treat neurological disorders. In states where marijuana is legal, easily ingested forms of CBD are readily available in the form of everything from sublingual Kin Slips to Willie Nelson’s CBD-infused coffee, Willie’s Remedy. Such products are being used for people hoping to relieve stress or simply in search of a slight body high.

It certainly seems that the use of cannabidiol is here to stay, and with potential medical breakthroughs and more FDA approvals on the horizon its future has never been brighter.