Is eating insects the way of the future?

Is eating insects the way of the future? 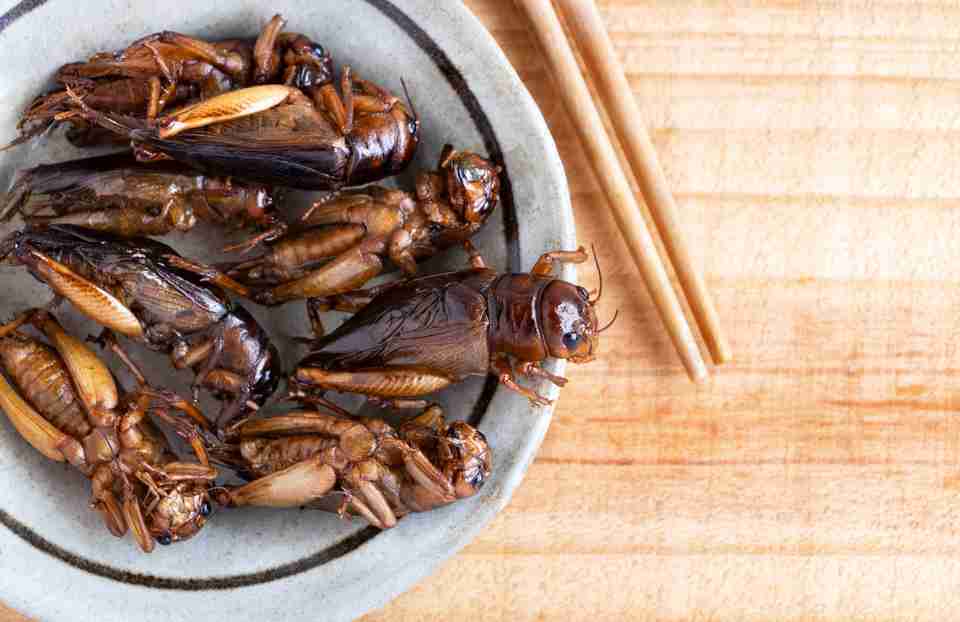 “For dinner tonight, we’ll be starting with a bowl of simple carrot buffalo worm soup, then moving on to deep-fried tarantula with grasshopper kabobs, followed by some tasty buglava (baklava with crickets) for dessert.” While this might sound like something you’d expect to hear while having dinner served up by Dracula’s assistant Renfield, entomophagy — the eating of insects — is common throughout the world, and some are hoping it will catch on in the West.

According to a report by the U.N. Food and Agriculture Organization (FAO), “It is widely accepted that by 2050 the world will host 9 billion people. To accommodate this number, current food production will need to almost double. Land is scarce and expanding the area devoted to farming is rarely a viable or sustainable option.” Considering that an estimated one out of every nine people in the world is hungry currently, a looming food crisis is something that needs to be addressed.

It’s estimated that around 2 billion people currently eat insects as a regular part of their diet — with beetles (Coleoptera) the most common. Along with beetles, bees, wasps, caterpillars, ants, crickets, grasshoppers, termites, tarantulas, and more, which are consumed both cooked and raw across the globe. While much of the entomophagy takes place in tropical areas where insects are plentiful, the idea of cultivating insects as a sustainable form of protein is spreading.

Some of the appeal of insects as a source of protein lies in the fact that they have a high rate of efficiency when converting food into protein. It takes 2 lbs of feed for crickets to gain 1 lb of weight, whereas cows require 6 lbs of feed to gain 1 lb. Of course, insects also require far less land than livestock and emit less greenhouse gas. They are less expensive to farm, opening a new agricultural sector to those with fewer resources, and are more environmentally friendly than traditional forms of agriculture.

As there are more people on the planet all needing some form of protein, entomophagy could become more than a curiosity for the adventurous or socially conscious, it could become a necessity.

Entomophagy in the United States 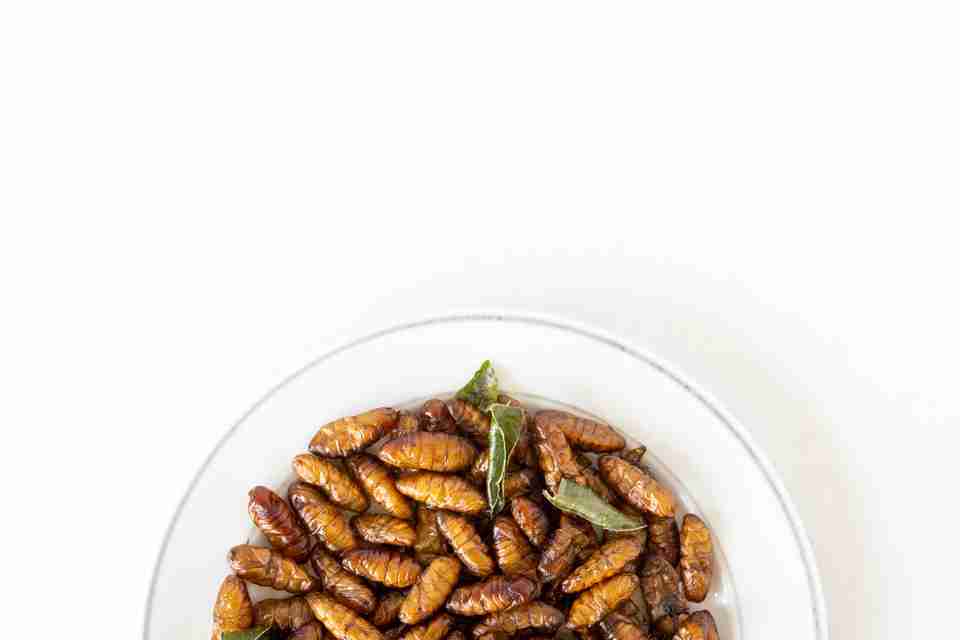 Perhaps the easiest way for many to stomach the eating of insects would be in the form of processed powder such as that available from Cricketerra and Entomo Farms (which also sells full insects for consumption). The powders are still rich in proteins, vitamins, and minerals and can be added to baked goods, energy bars, and smoothies. Those not willing to buy a bag of cricket powder to experiment in the kitchen can try chips made from cricket powder available from Chirps, a company that also sells cricket cookie mix and protein powder.

There are several restaurants in the US where customers can explore entomophagy. Many of these restaurants serve cuisine from cultures where insects are commonly eaten, including Los Angeles’ Guelaguezta and New York City’s Toloachen, Oaxacan restaurants that prominently feature chapulines (crickets) on their menus. However, more restaurants are showing their willingness to experiment with insects in food, as seen in Portland’s Sushi Maze, which has incorporated grasshopper sushi into its menu.

If ever there were a sign that entomophagy could go mainstream in the US, it’s the availability of insects to munch on at a Major League Baseball game. In 2017, the Seattle Mariners started the movement when they paired with local restaurant Poquitos to sell toasted chapulines with chili-lime salt seasoning. The chapulines sold out within the first three games they were offered and have been brought back (in greater number) every season since.

The Oakland A’s (and Raiders while they still share an Oakland home) have also hopped on the entomophagy bandwagon and sell two flavors of Oaktown Crickets, Zesty Lime and Sweet 5-Spice. Before long, perhaps more baseball fans throughout the country will be foregoing the peanuts and Cracker Jacks and reaching for a bag of flavored crickets. 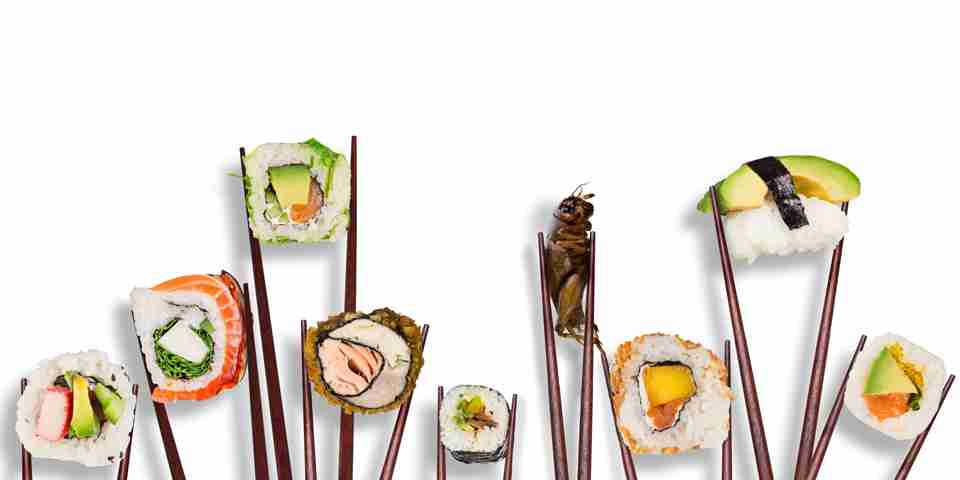 Before insects become a staple on the dinner table and at snack time, it’s most likely people in the United States will be eating their insects secondhand. Globally, much of the feed given to livestock and fish is either soy-based or fishmeal. However, increasing demand from farmers combined with the rise of aquaculture has lessened the supply of fishmeal and soy, driving the price up.

Fortunately, insect farms such as Tiny Farms, which specializes in “smart, scalable insect rearing and processing,” are stepping up to supply protein-rich cricket powder for use in livestock feed, pet food, and even human food (Tiny Farms supplies Oaktown Crickets with its powder). Not only does Tiny Farms supply cricket powder for feed, it offers a platform for aspiring cricket farmers to get information and get started.

Although the thought of eating insects is sure to make some squeamish, attitudes towards food change over time, as shown in the recent wide availability of plant-based “burgers” from Beyond Meats and Impossible Foods. It might take a while before entomophagy is commonplace in the United States, but whether it is out of necessity or changing tastes, it appears likely to be part of the American cuisine eventually.