Being a Maniac in the Workplace: Employee Traits That Really Work

Take a closer look at surprising employee traits that work in the business world.

Take a closer look at surprising employee traits that work in the business world. 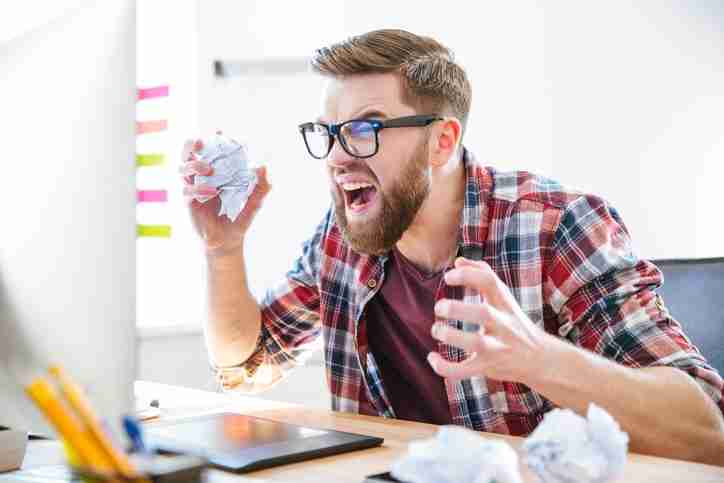 Speaking stereotypically, tendencies belonging to a “maniac” are not usually associated a wonderful—or even effective—boss, no matter where you work. In fact, you might be forgiven for worrying that such employee traits would lend itself better to snap firings than strong, stable leadership in an office environment.

However, if you take the time to look a little more closely at the employee traits which make up this personality, you might be surprised at how some elements can lend themselves well to the business world.

Want to Be An Open Book?
Let’s take the example of dealing with suppliers or negotiating with potential clients. Presenting yourself as an open book with everything out in the open and predictable could lead to you being ripped off.

Maintaining an element of fierce unpredictability, on the other hand, could help see you seal that deal and catch the other party unaware. These employee traits could convince them that you have the upper hand in the negotiation.

But can being a maniac really win the day, especially when it comes to big contracts?

Well, when talking about big contracts and high stakes, take a look at poker pro Sofia Lövgren. So far she has managed to win $179,021 as a professional poker player using maniac tendencies at the table.

Is it as Simple as Ordering Beer and Chatting?
So, how does Sofia manage to win big despite displaying these self-proclaimed maniacal tendencies? In short, by playing it cool and changing her behavior while keeping her composure.

She may have an all-conquering straight flush, but instead of losing her cool, she’ll choose to order a beer and start talking about something totally random just to demonstrate how unphased she is. This throws the other players off their stride.

A flush is one of the better hands in poker, higher than a straight and lower than a full house, which turns into one of the best poker hands when it’s straight (the numbers are in numerical sequence). But there’s much to be said about playing it well. Sofia’s strategy involves confusing her opponents through behavior that could be described as random or even maniacal.

In a game where you need to bluff and hold your nerve, this unpredictable, slightly edgy approach has served her well and, therefore, why wouldn’t employee traits like this work in a meeting?

Let’s imagine that supplier meeting for a second. If you are in a hotel lobby and you have just asked for a huge discount. Why not quickly order a good-sized drink and start asking the person you are negotiating with about their upcoming travel plans before they have a chance to stutter in response to you.

In this instance, showing that you can be a bit of a maniac proves that you aren’t that bothered by what you are asking for. It makes the other person think that you don’t believe what you’re asking for to be a big deal. They will need to start thinking seriously about how you might react if they turn you down.

Being a maniac all the time definitely isn’t a winning strategy, but having the ability to be unpredictable and release your inner maniac could be part of winning employee traits that help you get ahead in business.

Sofia has managed to earn nearly $200,000 out-bluffing the best in the business, so why can’t you do it against people who don’t see it coming.