Emil Michael is synonymous with some of the most powerful brands in the world. Uber, Gopuff, Revolut — the tech magnate has had a hand...

Emil Michael is synonymous with some of the most powerful brands in the world. Uber, Gopuff, Revolut — the tech magnate has had a hand in them all. In 1999, pre-Alexa and pre-Siri, Emil Michael was senior vice president of field operations at TellMe Networks, which he helped build into over a $100 million revenue business that sold to Microsoft in 2007. It was there Emil Michael says he learned how to transform business models. 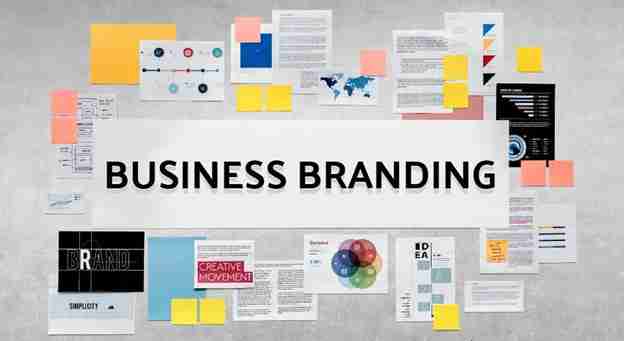 Always eager to share his wisdom and mentor aspiring entrepreneurs, he spoke about the importance of branding at the Global Entrepreneurship Community Summit.

According to Emil Michael, it comes down to a few simple questions. “Can you provide a product that people love and make a profit for your investors?” Emil Michael asks. “Can it be a cultural, iconic company?”

Emil Michael suggests clearly defining the core value of what one is trying to provide. “It’s about going back to first principles,” Michael told Malaysian news channel Astro Awani. “Then you back into what regulatory legal and financial environment can support that.”

“It’s a long-term vision,” Emil Michael told the 24-hour news outlet. “You have a percentage of your budget allocated to research and development. Companies like Amazon and Google have their main business and they’ve vetted moon shots. Always keep an eye on the long term.”

Michael is a sought-after voice of the tech world and he says he’s often invited to speak at universities and conferences, offering his career tips and business advice, and appears on national news outlets to discuss market moves and trends.

Emil Michael Looks Back on Days Before Branding Big Business

“I was born in Egypt and my parents immigrated to the U.S. and I was thankful to grow up somewhere that valued what I could do as opposed to where I came from,” Emil Michael says. “I was lucky enough to have a good family and be at good schools where I had the opportunity to do whatever I wanted to. My parents were scientists.”

His educational background led him to graduate from Harvard University and Stanford Law School. Although he began his career at Goldman Sachs, he says he soon realized he wanted to shake things up in Silicon Valley. It was also there that the late leadership coach Bill Campbell mentored Uber’s one-time No. 2.

“The one thing I would tell other entrepreneurs that has always served me well is to be resilient,” Emil Michael told Astro Awani. “When you get knocked down, get back up. I think opportunity will find you if you’re willing to find it yourself.”

Emil Michael says having ambition with vision is also key to successful branding and for innovators to be always thinking of the next product sets.

“Design [in such a way to] be able to do all the other things you plan to do over time,” Emil Michael stated in a talk at the University of Miami.

During his time at Uber, he says what made the brand so successful in other countries was essentially branding the company as a citizen of those countries. “Going into a new market, you have to teach people how to use [your service or product], when to use it, and why it’s valuable,” he told Astro Awani. “You go into a new city and people ask ‘What is this and why do I need it?’ Then you let it out in the wild and see how people use it.”

The Hardship of Entrepreneurship

“Entrepreneurship is a nice word and everyone wants to use it, but what does it mean?” he told Astro Awani. “Being an entrepreneur is not just coming up with ideas. It’s also figuring out how to execute them and that’s often very complex. There is a technical component that’s working with governments, stakeholders, [and] investors, so being able to learn all those disciplines is what truly separates entrepreneurs from just people who have ideas.”

Emil Michael says he’s still incubating his next big idea and focusing on the branding that could take that idea to the next level. Forming partnerships is also a crucial part of branding, according to the tech-savvy executive.

Overseeing various partnerships throughout his career, Emil Michael has been able to solidify partnerships with brands such as American Express, Toyota, and AT&T.

“Do a real partnership or not one at all,” he recently told hosts of Operators, an Apple podcast.