Eamon O’Rourke has spent time behind the scenes, in front of the camera, and in the director’s chair, and admits he’s had several film industry influences 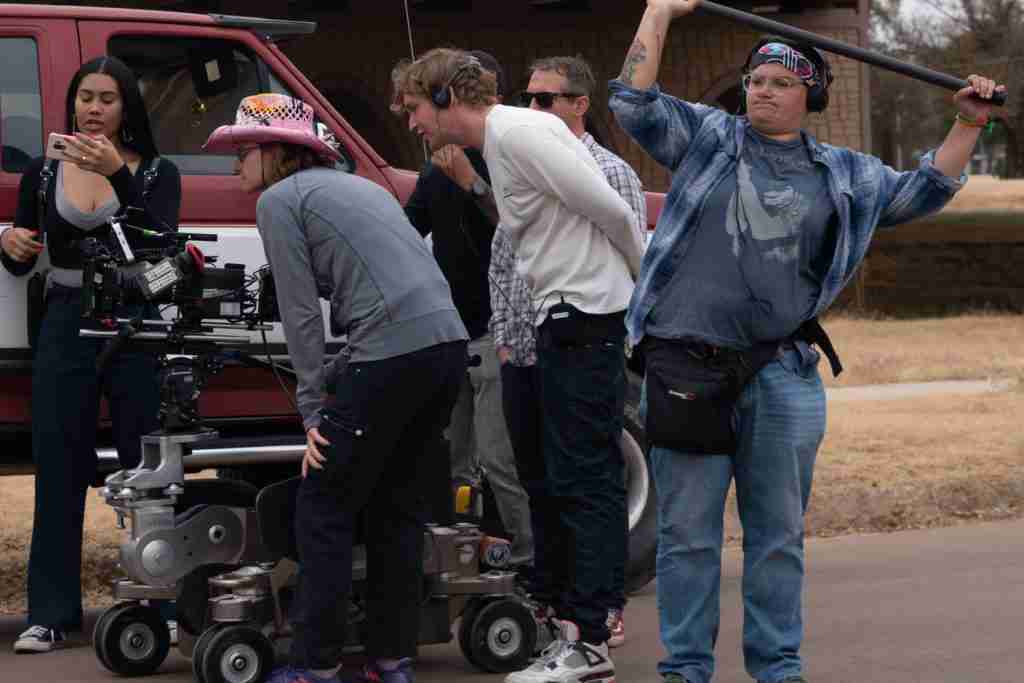 Eamon O’Rourke has spent time behind the scenes, in front of the camera, and in the director’s chair, and admits he’s had several film industry influences — but no one more so than late filmmaker and Oscar-winning Silence of the Lambs director Jonathan Demme who he credits as one of his biggest mentors and inspirations.

“One person who was always a big influence on me and someone who I really looked up to was Jonathan Demme, who passed away a few years ago,” Eamon O’Rourke says. “I always loved Jonathan’s movies because he made so many different kinds of movies. He wasn’t someone who found a genre or found a really specific style that he loved and just repeated that in different iterations. He made movies in all different genres and movies that are wildly, totally different.”

Demme was known for a diverse body of award-winning film work, which included groundbreaking blockbusters such as 1993’s Philadelphia — the first big-budget film of its time to highlight the AIDS crisis — and the dark comedy Something Wild, starring Jeff Daniels and Melanie Griffith. Demme was also known for his documentaries and concert coverage, such as Talking Heads film Stop Making Sense, Neil Young: Heart of Gold, and Justin Timberlake + The Tennessee Kids.

“I was very lucky to get to know him a little bit,” Eamon O’Rourke says. “I was friends with a couple of his children and I got to meet him and he was actually the original producer, or he was going to be the producer of Asking for It.”

O’Rourke is talking about his 2021 film, which was his big-screen directorial debut. He wrote and directed the movie, which focuses on a female gang that befriends a small-town waitress who is a victim of sexual assault. The cutting-edge thriller, starring Alexandra Shipp and Vanessa Hudgens, garnered cultural acclaim for landing a ReFrame Stamp, which is awarded to films promoting diversity both on- and off-screen. It also landed a coveted spot at the 2021 Tribeca Film Festival.

“I’d gotten to share the script with him and he really liked it,” Eamon O’Rourke says. “[Demme] was helping me put stuff together before his illness accelerated. It just wasn’t possible anymore, but he was a very, very sweet and tender guy. It always felt like the way that he would talk about his work was, in a way, all kinds of experimentation. It’s all sort [of] about experimenting and learning. Then you can take those things and use them in the future in a different way.”

Eamon O’Rourke says another one of the significant things he admired about Demme was that he never felt above the process of experimentation and personal education.

“[It] is something that I hold in extremely high regard because I think whether it’s actors or directors or whoever, a lot of times in the film industry, you see people who get really sure that they’re there — that they have arrived and that there is no room for growth or for adjustment,” O’Rourke adds. “To have someone like Jonathan who reached the highest [level] in terms of critical success, won an Oscar, and has a type of [film] shot named after him, and all of these things, it’s like you can’t get bigger than that, but he never absorbed that to a place where it felt like that was what mattered.”

That shot named after Demme? The Demme Close-Up. It’s something of legend for filmmakers and film buffs alike. Demme liked to let his characters look directly into the lens during poignant moments of dialogue and cut to a co-star in close-up, with whom they then exchanged dialogue. The technique heightens the drama and makes the audience feel a part of the scene. You can watch Demme’s magic in action in Silence of the Lambs when Hannibal Lecter chillingly tells Clarice Starling to come closer … closer.

Eamon O’Rourke says he liked how Demme would find smaller, interesting ways to utilize his skills. In Demme’s downtime, he would use his lens for good, filming documentaries that shined a light on subjects ranging from the atrocities of apartheid to post-Katrina rebuilding efforts in New Orleans’ Lower Ninth Ward.

“[He] always wanted to try to use his skills to also help get representation for a community that has less.

“Whether that is going through a reservation and making a documentary about the NoDAPL [Dakota Access Pipeline protests]​​ movement or doing [a lot] of different things, which is again, more experimentation, [he did] not [have] this notion that ‘I’m a feature film director and the only thing that I’m going to work on are feature films that are going to be distributed in a major way.’”

Demme’s roll-up-your-sleeves ethos rubbed off on O’Rourke, who says he channeled Demme’s grit and grind during his own philanthropic efforts.

O’Rourke got involved with the NoDAPL protest in 20-degree weather. The director says he got pelted by a rubber bullet and sprayed with freezing water but he was emboldened to help the Indigenous people of Standing Rock protect that water that had always been part of their reservation.

He describes the experience as humbling.

The director points out Demme’s sets were typically a much larger version of a classroom with equal parts playroom added to the mix.

He says that, in the wake of Demme’s 2017 death, he’ll always remember his humanist slant. That knack for discovering something that someone had love and joy for, and helping them amp up that passion.

“He was always doing that. He is a person who I will forever look up to and will forever hope to be able to do some of the things he did in similar ways because I think that he was a special guy,” Eamon O’Rourke says. “Obviously, [he was] an incredible film director.”