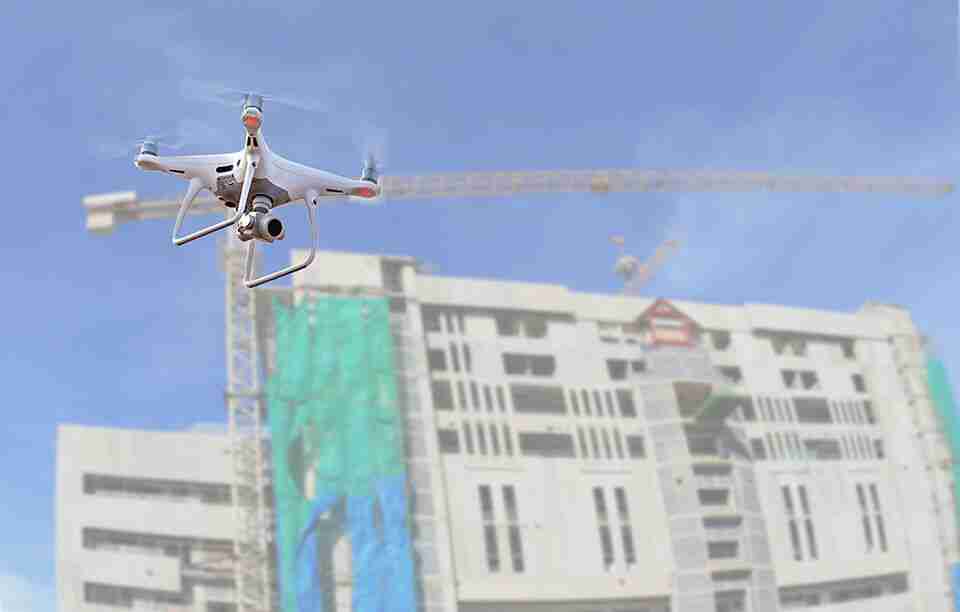 Perhaps the most important task drone mapping carries out is before the construction work begins. Engineers document the site with drones that capture the current state of things, helping them verify their plans are correct and enabling them to proceed with logistics for the entire project. This ensures they can do the job right the first time with no costly corrections. Drones photograph a construction site, then engineers use drone mapping software such as DroneDeploy and Propeller to stitch those images together to create what’s known as an “orthomosaic” image. These images give a highly accurate, highly detailed, and distortion-free map of the entire worksite. The engineers then overlay those orthomosaic images onto their design drawings, matching each detail precisely.

As the project progresses, they create up-to-date orthomosaic images, creating a full overview of the site at any given time so they can use the most efficient construction processes possible. Having images from previous stages of the construction readily available makes it easy to double-check their work and see into areas that are now covered up. This is crucial when they need to verify conditions that are no longer visible, such as underground utility installations and in-slab conduit.

McCarthy Building Companies has been using drone mapping technology since 2014, identifying potential problems and mitigating risks to keep projects on time and on budget. McCarthy recently completed the $36 million Topgolf in El Segundo, Calif., with help from drones.

“For the TopGolf project, our team utilized drone mapping to capture the existing site for earthwork and used cut and fill analysis in reference to its final design grading model, ultimately enabling us to build out the design per the project plans effectively,” senior MEP project manager Nic Maroun told BOSS. 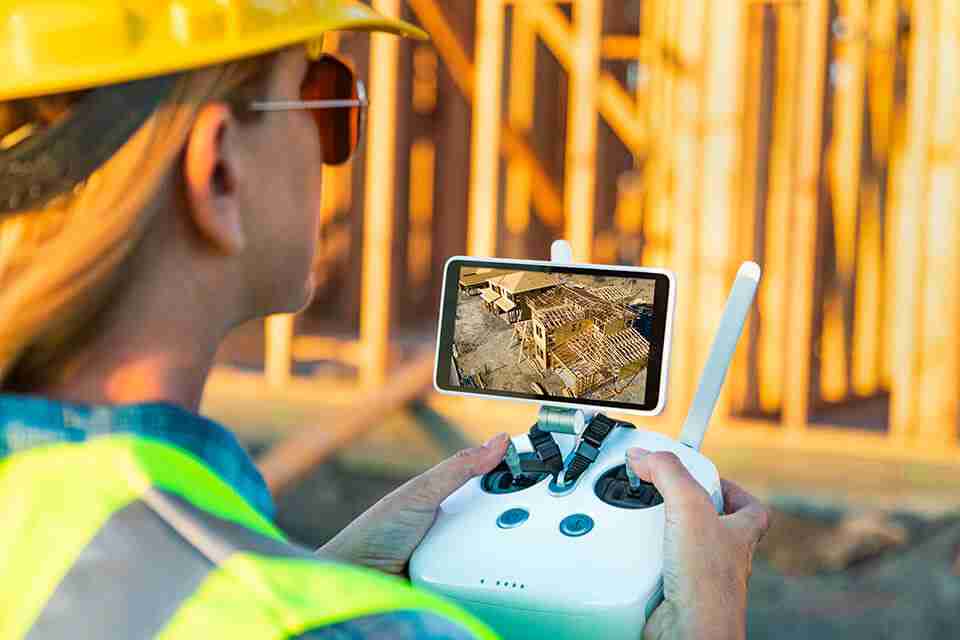 By doing work that would be dangerous for people and by accurately mapping every inch of a work site, the drones decrease the likelihood of accidents on the job. They also catch mistakes that could prove costly or even harmful to workers.

As anyone who has spent a lot of time around construction sites knows, they are rife with potential pratfalls. According to OSHA figures, 10% of construction personnel are injured each year, making the industry’s non-fatal injury rate 71% higher than any other industry’s.

The more people on-site, the more chance somebody gets hurt. That’s where the value of drone mapping really comes in. Engineers can send a drone around the entire worksite in a matter of minutes rather than having to walk the entire thing. Visiting stakeholders can take in the totality of the site just as well – if not better – looking at a centimeter-precise 3D map and orthomosaic imagery captured by drones. This keeps workers on the job and can save construction companies millions, even billions, in workers’ compensation payouts.

Drone mapping also helps firms complete jobs faster. The El Segundo Topgolf covers 12 acres, including a three-story, 60,000-square-foot building. Despite having to navigate some drone height limitations because of the site’s proximity to LAX airport, McCarthy had the project completed in time for its April grand opening.

Drone mapping is finding widespread adoption in the industry, and Maroun for one is excited about the further capabilities.

“One exciting development we’re looking forward to employing more in the future is GPS-located ground control points, or Aeropoints (by Propeller),” he said. “These are panels operators leave around a project prior to a flight. The drone identifies the Aeropoints and establishes the project in real-world coordinates. This allows us to integrate the drone flight deliverables with our project survey, establishing another level of confidence in the accuracy of our installations. We think this is very beneficial to future projects.”

In the near future, the drones might practically run themselves. With automated workflow, they’ll take off at appointed time, fly their preset route around the site to take pictures then return to their docking stations to upload the images and charge themselves. This will free up engineers to spend less time on simple tasks and pay more attention to complex ones.

“We also believe the future in augmented reality is going to be a hugely beneficial update to our projects,” Maroun said. “Not only to help us visualize project builds and bring the actual construction to life, but to help us outline progress for our clients and catch issues early on we may not be able to recognize via standard methods.”

And those little drones will be there to make life easier every step of the way.