You build a billion-dollar brand called Beats Electronics, that’s what. Beats Electronics is actually the brainchild of rapper-turned-entrepreneur Dr. Dre, whose real name is Andre Romelle Young, and the chairman of Interscope-Geffen A&M Records, Jimmy Iovine. Today, the company employs more than 700 people and is a subsidiary of Apple Inc.

There is a dynamic formed here that is tough to find when growing a brand. If you want to understand how it works, you need to know more about why Dr. Dre felt Apple, the second-largest information technology company in the world, with revenues exceeding $182 billion in 2014, could do better.

https://www.youtube.com/watch?v=mcbVomzq1Ig
Born in Compton, Calif., in 1965, Andre Romelle Young comes from a musical family. His father was an amateur rhythm and blues singer, and his stepbrother is rapper Warren G. Dr. Dre’s music career started when he became a DJ at a popular club where he used the name Dr. J. In 1984, Dr. Dre joined the rap group World Class Wreckin’ Cru and signed a contract with Kru-Cut Records. His life as a rap star initially had its ups and downs, but he eventually became the flagship artist and co-owner of Death Row Records along with his bodyguard Suge Knight. In 1993, Dr. Dre took home the Grammy Award for Best Rap Solo performance for the song “Let Me Ride.”

As Dr. Dre became more successful, he developed an astute eye for business. His business sense is impressive, considering his lack of education and training. His poor grades had kept him from many opportunities when growing up, but now he had an eye for talent. He was the producer of Snoop Dogg’s debut album, as well as songs on soundtracks for a number of films. 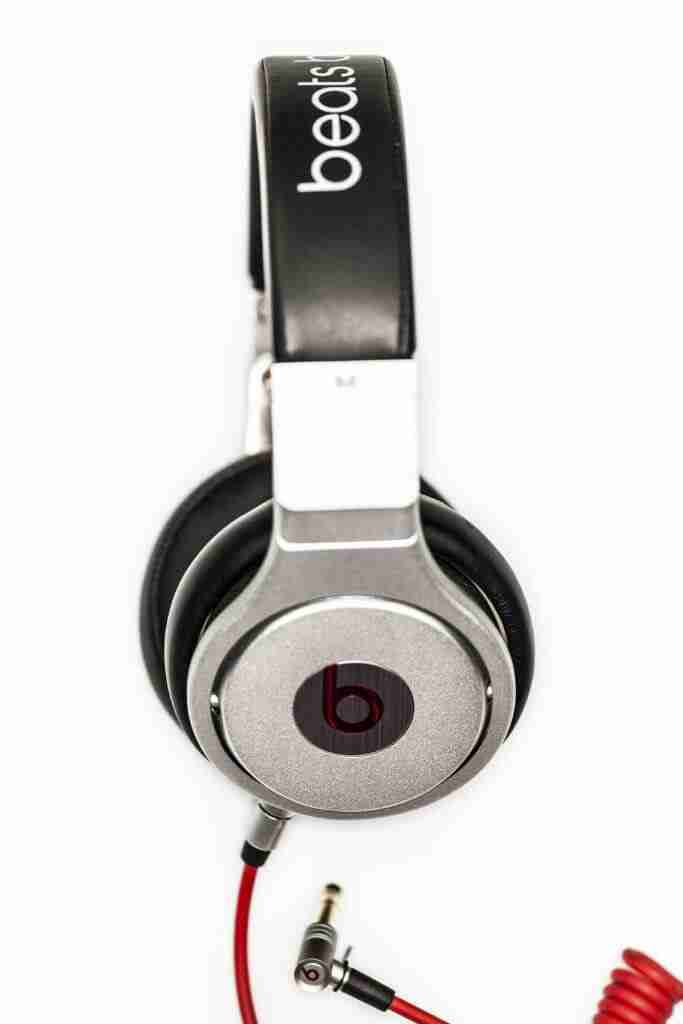 In 1995, Dr. Dre left Death Row Records after disputes with Knight and formed a new label – Aftermath Entertainment. In 1998, Aftermath signed Eminem, and Dr. Dre produced his debut album The Slim Shady LP. He was at the helm for Eminem’s Grammy award-winning single “The Real Slim Shady,” too.

The parent label for Aftermath was headed by Jimmy Iovine, the man who would become Dr. Dre’s partner in Beats Electronics.
Jimmy Iovine and the rapper spoke openly about what Dr. Dre considered the destruction of the feeling of his work due to Apple’s poor audio system.

“Apple was selling $400 iPods with $1 earbuds,” stated Jimmy Iovine in an interview with Inc.

The two businessmen used this problem to launch what is now Beats Electronics. They concluded that they loved the iPod and everything it stood for; it just needed better earbuds. Since iPods were primarily white during that time, they decided to make compatible black buds and market them just like they did music groups.

Their goal was not to make a high-end audio system to complement Apple products but to create one that would make the music sound more dramatic, like listening to it in the studio. They initially partnered with California-based Monster Cable to develop the necessary components for the first Beats brand products. In 2008, they released Beats by Dr. Dre Studio.
Many skeptics said their idea wasn’t practical, but Iovine and Dr. Dre knew they were doing something no one else was at the time, making this a marketable product. As music producers, marketing was something they knew how to do successfully.

Iovine formed focus groups made up of stars in the music industry. Artists including Pharrell Williams and Gwen Stefani offered opinions on the headphone prototypes. As part of testing the finished product, they sent a pair to LeBron James. James’ business partner Maverick Carter called Iovine and immediately ordered 15 headphones for the members of the 2008 U.S. Olympic basketball team.

Partnering With HTC
In 2011, mobile phone manufacturer HTC bought a majority share in Beats Electronics, paying $300 million for 50.1 percent of the company. In 2012, Dr. Dre and Jimmy Iovine fought to get control back by buying half of HTC’s interest. This gave the two men a 75 percent share of the company, leaving HTC holding 25 percent. As part of the agreement, HTC loaned Beats $225 million to allow the company to expand globally.

HTC’s goal was to compete with leading mobile technology pioneers such as Apple and Samsung. Beats prospered, racking up almost $500 million in sales, due in large part to the marketing savvy of Dr. Dre and Iovine.

The Acquisition by Apple
In 2014, Apple Inc. went into negations to buy Beats Electronics. At $3.2 billion, it was the largest purchase in Apple history. The final deal was brokered in May 2014. Apple paid $3 billion in cash and an additional $400 million in Apple stock.

The Growth of Beats Electronics started out as an idea to improve upon the earbuds offered with the iPod, but today, there is more to Beats Electronics than just Beats by Dr. Dre. The company develops personal audio devices designed with the heavy bass associated with popular music. Beats also offers noise-cancelling headphones and the Beats Pill, a portable speaker system.

Beats Audio is a licensed brand to fit computer systems created by HP. Chrysler LLC features the Beats car audio system in its vehicles, too, including a 10-speaker system in its luxury cars.

You might recognize the name Dr. Dre if you are into rap music, but if you know anything about sound systems, you certainly have heard of his headphones. The partnership of entrepreneurs Dr. Dre and Jimmy Iovine has produced one of the most successful consumer electronics stories this century.