Since 1941, Dickey’s Barbecue Pit restaurants have been too legit to quit.

Since 1941, Dickey’s Barbecue Pit restaurants have been too legit to quit. 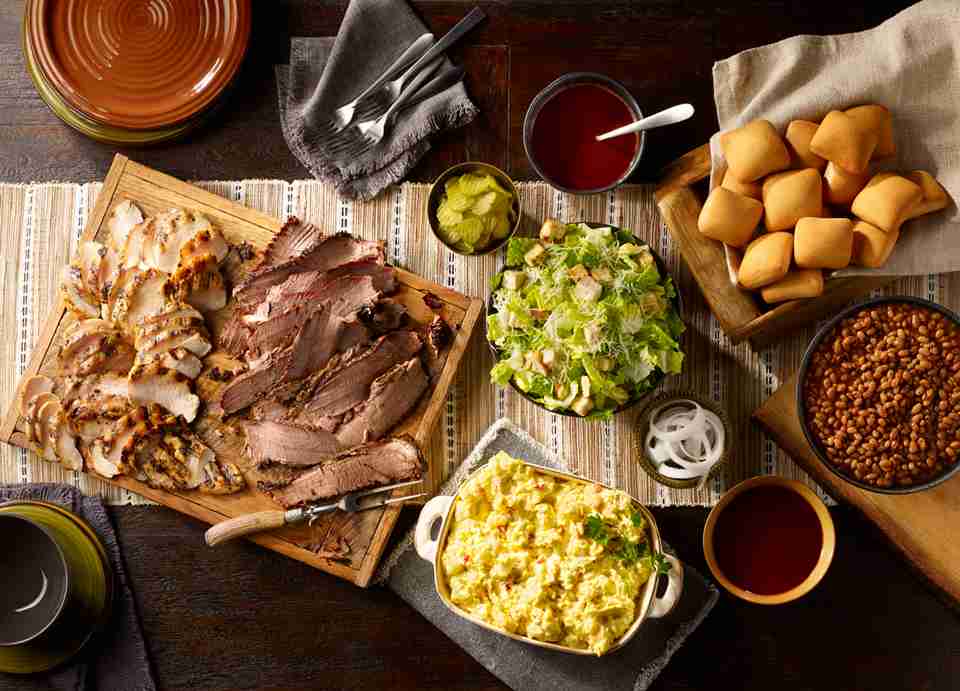 From Dallas to Abu Dhabi and beyond, Dickey’s Barbecue Pit is on the move.

America’s love of authentic Texas barbecue is almost bigger than the state’s beating heart, and we can thank Dickey’s Barbecue Pit for jump-starting one of the most delicious trends in the fast-casual space. With over 550 restaurants in the US, expansion around the world underway, and smart moves in the fast CPG sector, the family owned iconic brand is hotter than ever.

The eponymous third generation family enterprise is the largest BBQ restaurant franchise in the world. Founded in 1941 by Travis Dewey Dickey Sr., Dickey’s today serves up the same jubilantly comforting flavors of hickory smoked meats that Travis first plated at his original barbecue stand in Dallas.

That’s no small feat, considering that the key to great barbecue is time. When it comes to working the pit, impatience garners nothing but heartache and empty tables. But by merging innovative back of the house technology with traditional open pit expertise, Dickey’s stays relevant, on trend, and atop the competition.

In a sweet taste of synchronicity, Dickey’s recently partnered with the city of its origin to bring the first full-menu, sit-down restaurant to Dallas City Hall.

Five thousand miles to the southeast, Brazilian barbecue lovers are getting ready for an authentic Texas experience. The company recently penned a deal to develop over 100 locations countrywide, with the first location slated to open in Sao Pãulo next year. And should you be craving brisket in Abu Dhabi, you’ll find Dickey’s in the Yas Mall, where it opened in 2018. 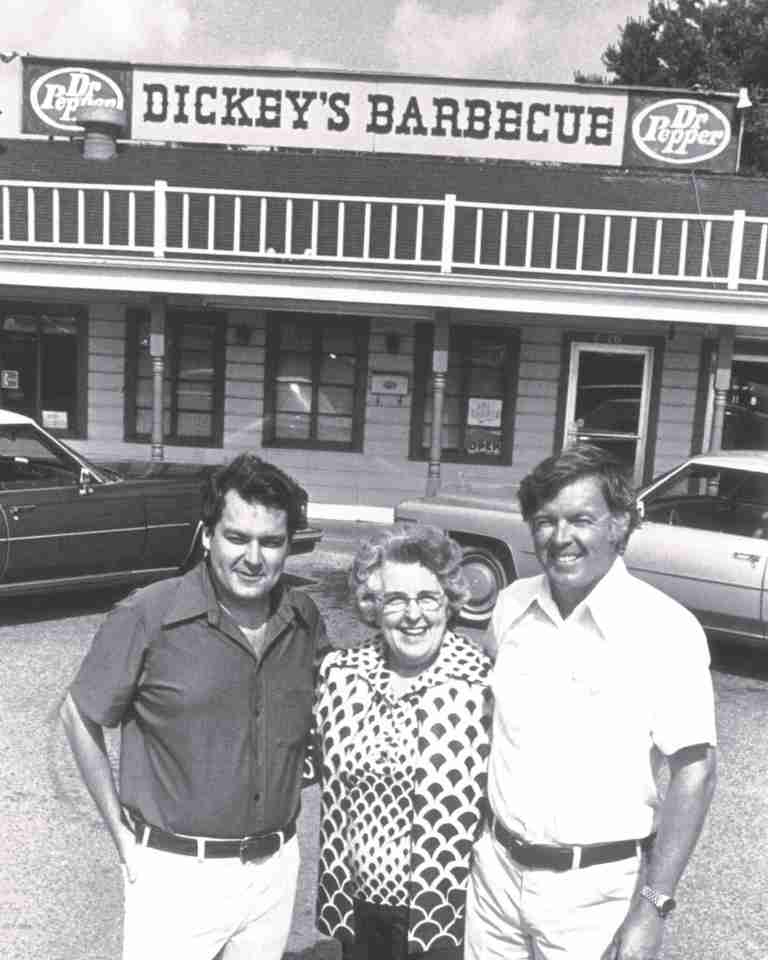 While the first five original Dickey’s restaurants are still operated by the family, the balance of the locations are franchised.

“We certainly have a lot of things about barbecue at Dickey’s that haven’t changed,” said company CEO Laura Rea Dickey, the founder’s granddaughter-in-law. “We are truly all about the barbecue and the food. That’s really our focus, but we’ve also evolved as a company over the past seven decades.”

“Our core menu is still brisket and barbecue,” she added. “Technology has let us expand the menu with a lot more sides than we did back then, but we are truly just Legit. Texas. Barbecue.”

Dickey’s signature rubs, sausage, beans, and other essentials are available at retailers across the nation, as well as online.

“We would love folks to have barbecue whether it’s in our dining room or theirs. That’s just a reality of the restaurant industry,” Dickey said.

Today’s establishments would be unrecognizable by Travis Dickey, who sold advertising space on a roadside sign and operated what was called a stand because there were few places for hungry guests to sit down.

“It was all about folks going in and getting their brisket hot,” according to Dickey. “They could see the pit and have their meat sliced or chopped to order — brisket sandwiches, pork ribs, actually a lot of ham in those days, and milk or beer.”

Dickey’s evolution to world leader is rooted in tradition as much as it is in technology. Down-home barbecue suppers can be had in any venue, anywhere but Dickey’s has invested in the technology to make it possible to bring great barbecue into consumers’ homes, offices, and schools. With a few clicks, guests can easily order meals for 1 to 99 from the company’s website, app, or third-party delivery partners.

“We have a huge catering business,” Dickey said. “That’s something we’re very well set up for inherently as a barbecue concept because our food travels so well. We got into off-premise because of catering, and then we evolved that off-premise as guests began spending more time in their home. We have followed our guests where they want to be.” 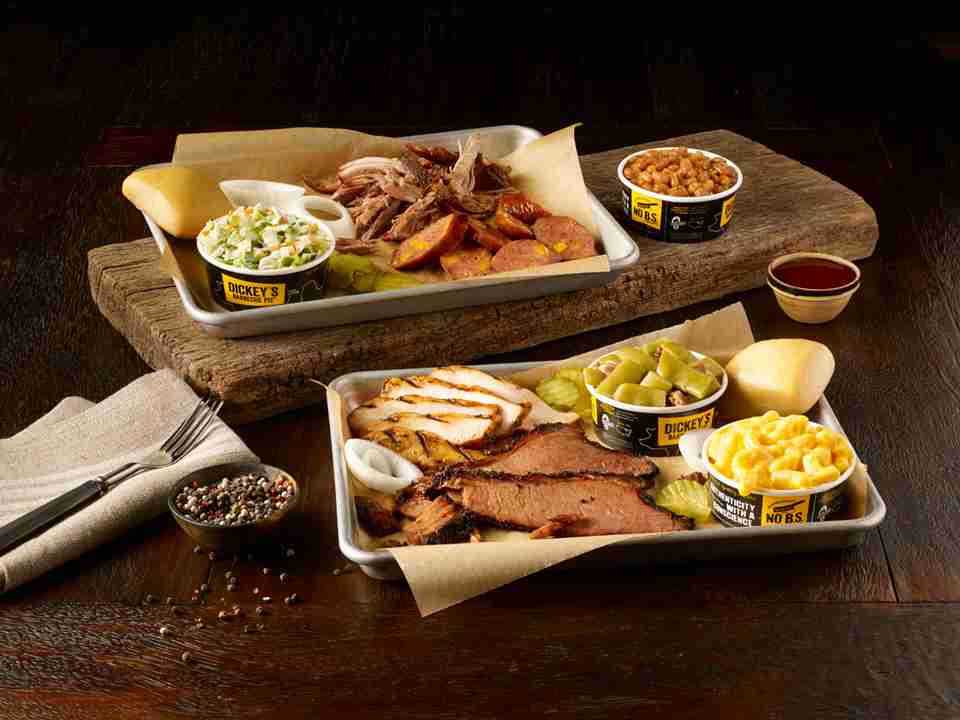 Whether diners choose to have meals delivered or sit down at a brick and mortar establishment, quality is the critical driver. “We’ve opened our kitchens to remind folks that we smoke everything on site in every restaurant every day. If folks are going to leave their dining room to come to our dining room, they want a true experience — not just to have the food served to them. They can get that from a delivery service just as easily,” Dickey added. “We make sure that all our restaurants have certified pit masters. They’re chopping and slicing, and guests can watch as the pit crew pulls the meat off the pit … they are right there with you and you can really be a part of that experience.”

Attracting great franchisees to represent the brand takes a different approach than with other fast casual franchises with less complex menu items. “First, I need you to be passionate about the food. When I sit down across the table from anyone talking about joining the family, that’s what I tell them,” Dickey explained. “What makes us truly Dickey’s is that we are three generations family owned and, we’re really proud. It’s my last name, so I only want folks that truly want to serve great barbecue.”

“We’re not sandwiches, we’re not pizza, we create passionate food and it takes a lot.” Operators must complete a four-week training course in Dallas, during which time they become certified pit masters.

“It’s not a passive investment for us. It requires passion, hands-on experience, and quite frankly that craftsmanship that you need to make great barbecue. You need to know what you’re getting into. You’ve got to be food focused and you’ve got to be committed. Besides providing great technology and great marketing, we’re committed to the idea of being best-in-class and making best-in-class barbecue,” she stressed.

“It used to be that first you had to have great food and great marketing to stay competitive in this industry. Now, you must also have great technology,” she added.

“When we were coming out of the recession in 2009, we asked ourselves what we could have done differently and better. We definitely were hitting the marks for best-in-class food and definitely had great marketing, particularly in community marketing and events that involved local communities, relationship-building, catering and things like that, which helped us pilot and stay competitive.” 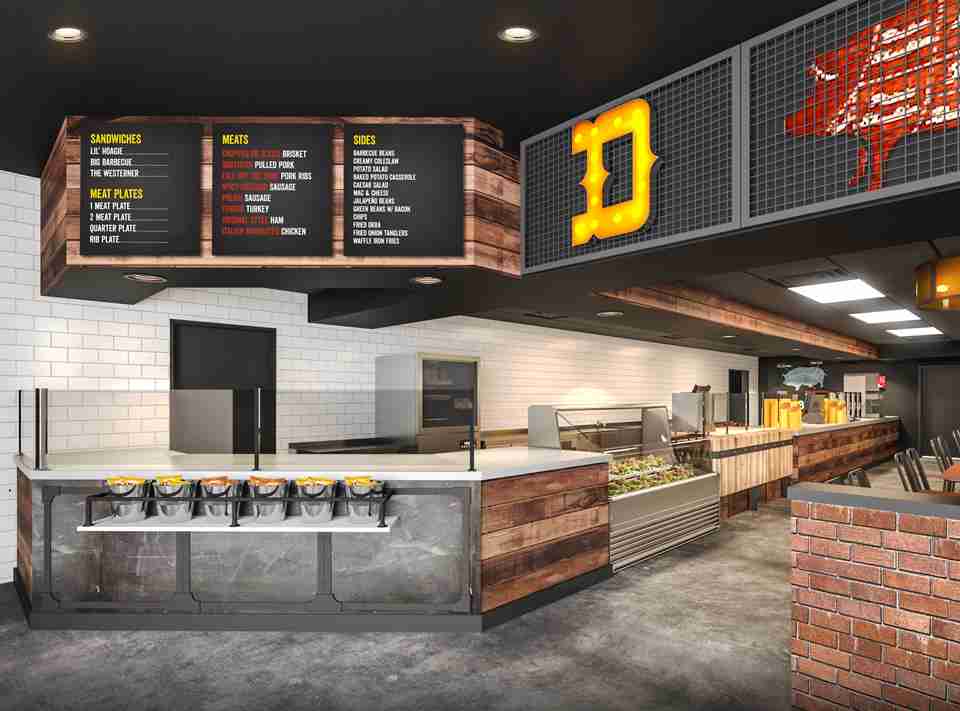 Years of collected data was buried in silos throughout the company, making the prospect of gleaning meaningful business information a daunting proposition. “We needed to have pure data available in a culture that could make it actionable.” Dickey said. To that end, the company created its “technology in a box” initiative to reach parity across the system by presenting a technology package to all stores. “We needed everybody to be secure, to have the same firewall system, and we needed to get on a tablet where we could share data and information.”

“Once we got everybody tablet-based, we developed a proprietary business intelligence platform called Smoke Stack, which collects and analyzes multiple data points. It takes data points throughout the restaurant system.” The platform features a customizable dashboard interface so operators can access critical information.

“There’s everything from our sales reports to guest check, inventory, and marketing data so we can see across the system and across the day parts in real time. We pull that together for everybody on the same system and let it lead us,” she said. Smoke Stack, now on version 3.0, gives operators an in-depth look at guest behaviors to better serve them.

“First, you have to know who your guests are, how to reach them, how to talk to them, how to stimulate them. It goes back to today’s amazon.com expectation: Know me, know my preferences, know what I like, incentivize and address me personally as a guest. That’s what we’ve done to evolve the strategy of how we’re treating our guests and making our business and our brand more accommodating to expectations.” 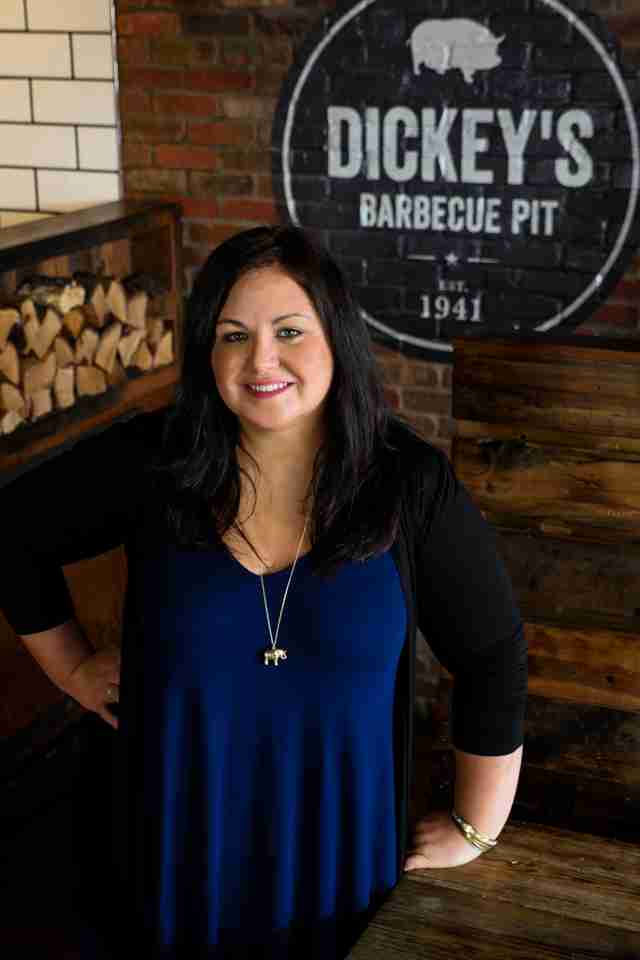 Next up for Dickey’s is launching a white label delivery program through DoorDash. “At our size that’s a huge investment in technology,” she continued. “We’re always going to be all about ‘Legit. Texas. Barbecue.,’ but we’re going to be a young, spry brand even though we’ve been around a long time.”

It’s clear what keeps Dickey’s youthful: love as big as Texas. And if you know anything about Texas or about barbecue, that love is legit. 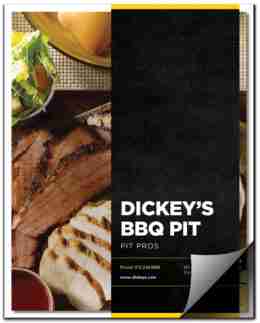 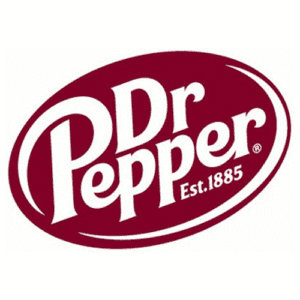