Dr. Barry Lall took a chance when he bought a Coronado beach motel

Dr. Barry Lall took a chance when he bought a Coronado beach motel

It was just another average Sunday for Dr. Barry Lall in his home overlooking Mission Bay in San Diego. As he sat down at his table and began reading the local newspaper he made his way to the “Business Opportunities” section, which he had recently been in the habit of perusing. However, unlike most other Sundays this time there was an ad that gave him pause. The title read “Beach Motel, Coronado, priced to sell,” and Dr. Lall’s excitement grew as he read further. A few hours later, he had gathered up his wife, parents, and young son to accompany him in touring the property, but even before he set foot in the space Lall knew that if the price was right he was going to purchase and renovate the 12-room motor lodge. 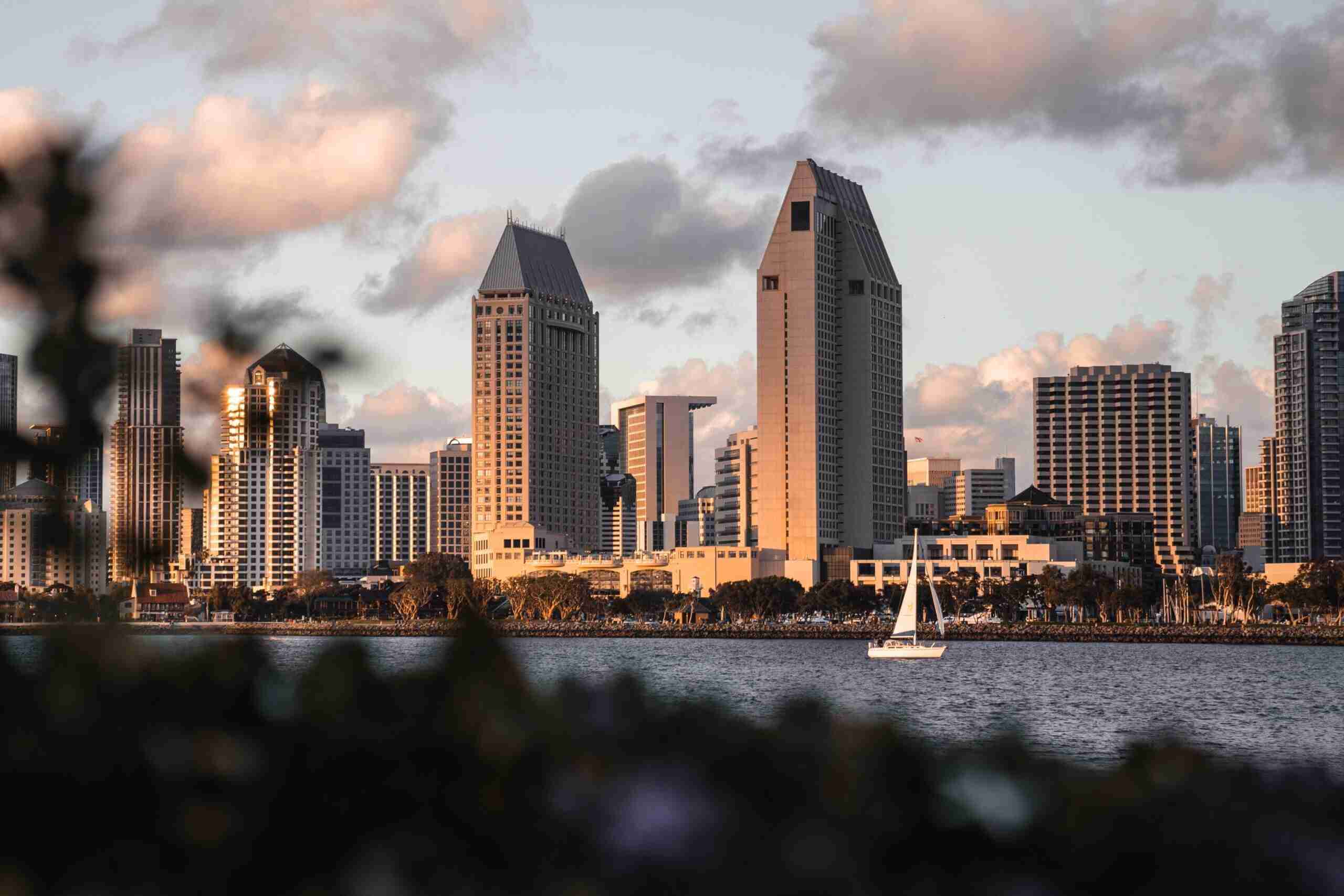 At the time Lall was working as a physician, and while he enjoyed the ability to connect with people and solve problems that came with practicing medicine, he had within him a deep desire to pursue entrepreneurship. His career as a doctor had afforded him the job security and lifestyle his parents had always dreamed of for him, but it was stifling his entrepreneurial spirit and leaving him feeling unfulfilled in his everyday life. Although he had no experience owning a hotel or running a business, Lall boldly moved forward with buying the hotel, knowing that he had the full support of his family behind him in following his dreams.

“For anyone to make a career change, strong desire is needed more than anything else. You have to have a true passion pulling you in a different direction than the path it was currently on. In my case, it was hotels –– I just wanted to own a hotel. If you have that burning desire, it never dies. You wake up every day wanting it. But for anyone to make a career change, it also requires a lot of courage, and you need to have the full support of those around you who are able to understand that the path we are taking and sacrifices made in the short-term will lead to a much brighter future,” said Lall.

Lall is now the founder, president and chief executive officer of Pinnacle Hotels USA, a hotel management company currently operating nine properties in California and Texas. With yearly revenues upwards of $73 million, 650 employees, 1,800 rooms and seven restaurants, Pinnacle works with some of the best hotel brands in the market today. A modern day success story, below we further explore Lall’s journey and his three essential components to making a career change toward entrepreneurship.

Shortly before Lall was born, his parents immigrated from the Indian state Gujarat to Nyasaland, a British colony located in Eastern Africa. His father was a farmer and English school teacher back in India and became an elementary school teacher upon arriving in Africa, while his mother stayed home to care for Lall and his sister. The small village where they settled lacked many modern-day conveniences such as running water or electricity, but Lall’s close family bonds brought him a fulfilling childhood. As a teenager, the family moved to Zambia and his father opened up a clothing store, giving Dr. Lall his first experience with entrepreneurship. Even at that age, whenever his father would go out of town and leave him in charge Lall would relish the opportunity to run the shop.

However, for Lall’s parents who had worked hard to provide a better life for their children, the risky life of an entrepreneur was not something they wanted for their son. From an early age they impressed upon Lall the importance of a college education, as well as the idea that the best use of that education was to put it toward a steady career that would always be in high demand such as a lawyer, engineer or doctor. Selecting a career in medicine, Dr. Barry Lall worked hard in school and went on to complete a pre-med undergraduate degree in England and medical school in Scotland, before moving to the United States with his wife and parents alongside him.

Although Lall was able to build a wonderful life for himself and his family in America through his career as a physician, being in the land of opportunity only served to further stoke his desire to learn to buy and sell real estate. “You’ve got to have this absolutely strong desire, ambitions, aspirations, drive, to want to do something,” said Lall. “If you have a dream or desire that is consistent, where you wake up everyday wanting something, not just every six months or every year, you should absolutely follow it because it is possible.” In spite of the security that came with practicing medicine, Lall was never able to shake his desire to pursue a life as a hotelier, and believes that inner drive that enabled his success. Without a deep desire to seek a different path in life, any attempt at change will inevitably be a half-hearted one.

Lacking a business degree or any sort of prior experience, courage was a must in order for Dr. Bharat Lall to make the jump to entrepreneurship. In the beginning this meant facing many unknowns such as whether he would be able to secure a bank loan to purchase the property and how he would renovate and run the motel while still working as a physician to bring in income for his family. Additionally, there was much about the business world that he had never encountered before. “Those early days bring back very good memories of all the self-learning that I did, including how to audit a cash register, count money, and even use Excel software. I had no exposure to that in the medical world,” said Lall. Courage is not the absence of fear but the perseverance forward in spite of it, and without courage it is unlikely that Lall would have been able to achieve the success he has in his field.

Finally, Lall says that you will not be able to go far in your career change if you do not have the support of those on your team, and for him that is his family. Although his parents were initially hesitant — after all, they had spent his whole life working hard and saving to ensure his safe career as a doctor — when they came to understand what it meant to Lall the entire family supported him entirely. “When I first got into the hotel business full-time, my wife, my young son and I left our beautiful home overlooking Mission Bay in San Diego. We moved to Tucson, Arizona, where we bought a 117-room hotel. We converted three of our guest rooms into our apartment, and we lived there for two years,” said Lall. Throughout his career, his family have been willing to make sacrifices in order for him to pursue his dream, and Lall is acutely aware that without them fully on board none of his success would have been possible.

Today, when Lall looks back on his time as a doctor he remembers that while it was gratifying to help patients with their medical problems, he gets the same satisfaction from providing his guests with a stellar experience. “There was a lot of laughter, joy and fun, and although there might have been difficult days it never felt so burdensome whether I was helping clean a room, waiting on tables pouring coffee, or taking guests to the airport. I felt that it was all stress free and fun.” For Lall, that joy in the everyday is always a good sign that your career is on the right track.