It’s an often-used trope in movies to have an overbearing mother push her daughter toward a potential suitor because he’s a doctor. Indeed, many parents often aspire to see their children become doctors, knowing that enduring the difficult years in med school and long hours will mean financial stability in the long run. Within the career different specialties can mean different salaries, but the most lucrative by far is plastic surgery. More often than not the procedures performed by plastic surgeons are elective in nature, meaning insurance isn’t billed and higher profits all around. 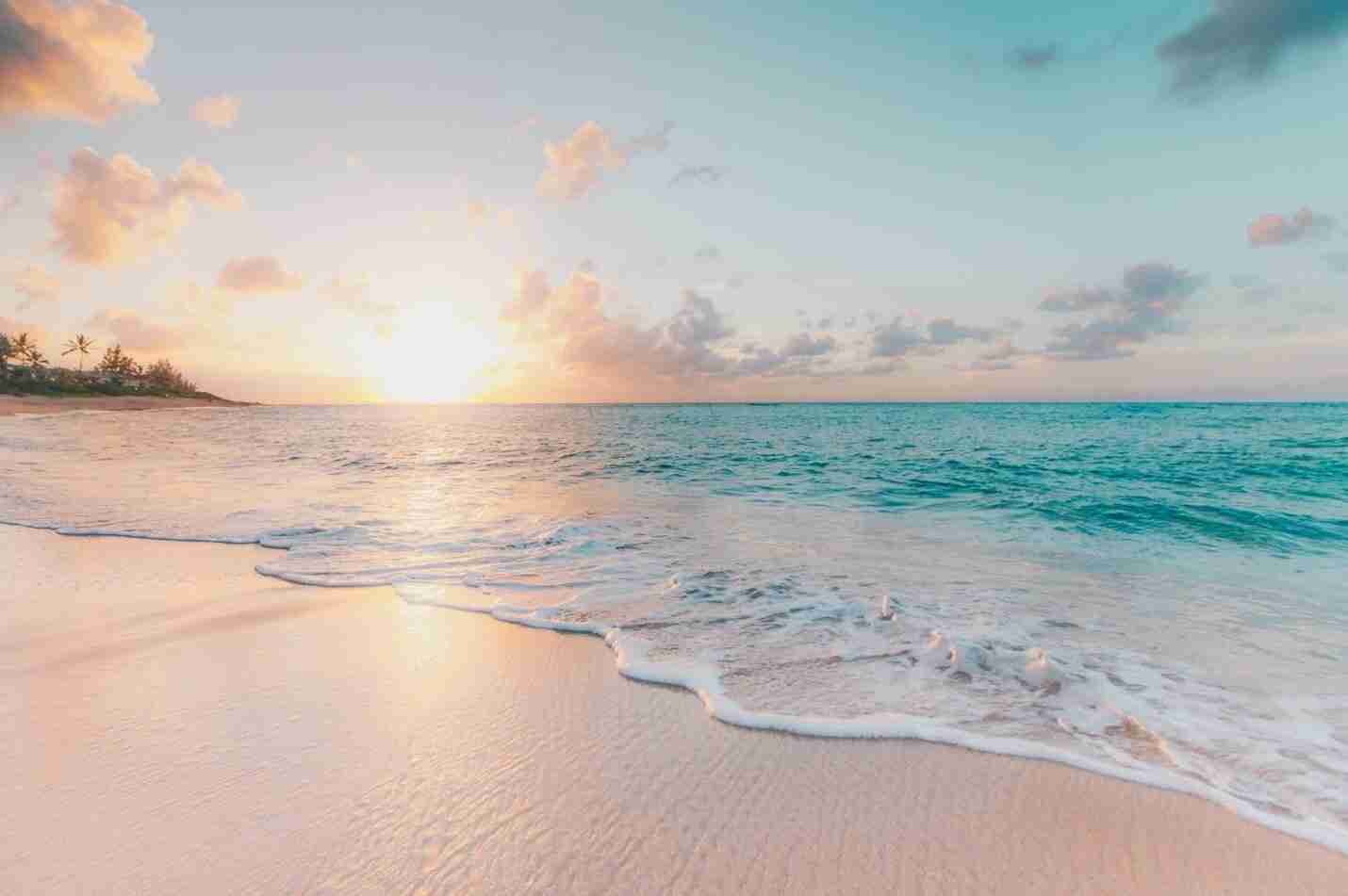 This was the potential path for Tim Ioannides, MD. After graduating from the University of Miami School of Medicine and completing his internship and residency, Dr. Ioannides joined a plastic surgery practice where he was able to get excellent remuneration for his work. However, rather than revel in his high-paying position, Ioannides found himself becoming increasingly despondent at the thought of going into work another day only to sell cosmetic products and procedures such as botox and collagen injections. Because of the profitable nature of the plastic surgery field many dermatological practices find that they would be unable to remain afloat without the support of these cosmetic procedures, but Ioannides envisioned that by developing strong and lasting relationships with his patients through attentive care and a patient-first attitude he would be able to beat the odds. He left the plastic surgery practice choosing to start his own that would focus exclusively on medical dermatology, treating skin diseases, skin cancer and providing preventative care for both.

Today, over twenty years later, Ioannides’ vision proved to be a viable one. His practice has not only survived the inevitable market changes that occur over the course of decades, but has expanded to include four locations and serve multiple counties within the Treasure Coast of eastern Florida. It caters exclusively to those with skin issues from rosacea and acne to multiple skin cancers, even offering the highly effective Mohs micrographic surgery for the removal of cancerous tissue. While the profits may not be as high as they could be were he to offer cosmetic procedures, Ioannides has worked hard to ensure that helping the most people in the best way possible is always the priority.

Both of Ioannides’ parents also worked in the medical field, and they played a huge part in developing his passion for helping others. Dr. George Ioannides, his father, emigrated from Greece to Miami, Florida in the late 1950’s and soon became a renowned figure in the dermatopathology field. Working as a clinical professor in the University of Miami School of Medicine’s Pathology department, he was the founder of the school’s first dermatopathology laboratory and was instrumental in the subsequent success of the program. Ioannides’ mother also worked for the university, serving as a technician at the school’s Bascom Palmer Eye Institute, and from their work in the medical field to the way they treated the people who provided services for them, together they taught their son that success in life doesn’t come from how much money you make, but how many people you help.

This ethos is one that Ioannides has carried with him throughout his life and worked to implement into his practice. Patient experience is at the heart of his business model rather than profitability, knowing that at the end of the day you cannot have one without the other. His goal is to build lasting relationships with each of his patients, encouraging them to see visits to the dermatologists as a form of preventative care rather than something you only do when something seems wrong. The waiting room of his offices have done away with harsh overhead fluorescent lighting, instead featuring multiple sources of more ambient lights to prevent it from feeling too clinical, and at the suggestion of one patient he got cable for the waiting room televisions. One study conducted at a hospital found that installing art throughout the building caused the patients there to report lower levels of both pain and depression, and so Ioannides made sure to place local art in all of his examination rooms. Although these expenses do reduce the bottom line of his business as a whole, the changes made to make his practice as welcoming and warm as possible encouraged people to come back, and overall alleviate some of the stresses of a physician’s visit.

Ioannides’ patients aren’t the only ones who have remained loyal to him due to his people-first approach. The effort he makes to make his practice a pleasant environment extends to his staff as well, and practically all of the nurses on his team have worked with him for at least ten years. In order to facilitate camaraderie in a job that often means long hours and stressful scenarios, Ioannides will regularly organize team volunteer outings where they complete service projects such as rebuilding houses that were destroyed when Hurricane Dorian hit the Florida coast. Although the outings are always voluntary, he will often get full participation from his entire staff who even after seeing each other during working hours still enjoy spending time with each other while making a difference. The same goes for the annual picnic Ioannides throws. It is the accepted order to throw an annual party for other local physicians, but the first year he was in business barely anybody ended up attending. Ioannides realized that at the end of the day, the people he really wanted to connect with outside of the office were his patients, and decided to buck tradition and hold an annual picnic for his patients and staff instead. The picnics have become a much-loved tradition with a live band, barbecue and K9 demonstrations from the local police department who Ioannides works with to help train their German Shepherds. Combined with a yearly newsletter in which he provides updates on his practice, insight into his own life, and useful information on topics that are often complex or confusing such as HMOs and medicare, Ioannides has built a strong community around his practice.

One of the biggest changes Ioannides has made to his practice may also be one of the most controversial: a few years after starting his practice, Ioannides removed all of the computerized record-keeping and note-taking software from his examination rooms. He had found that while they certainly added convenience, he was missing the one-on-one attentive care whenever he had his back turned to a screen instead of actively listening to his patients. The majority of human communication comes non-verbal communication, meaning that one can often learn more about what a person is trying to say by watching them and listening to their tone rather than the words that are coming out of their mouth. For Dr. Ioannides, this knowledge is what spurred him to return to the clipboard and pen for recording information while with the patients, which could then be transcribed onto a computer at a later time. Yes, this adds an extra step to the process, but for Ioannides the benefit of getting to truly connect and listen to patients far outweighs the extra bit of busy work that comes after.

Finally, even the way in which he runs his business on a practical basis is based on ethics and putting people first. He has chosen to not employ “physician extenders” such as physician’s assistants or nurse practitioners. While he respects the professions as a whole, his hope is to get to know each patient personally and as well as he can to better understand and diagnose them, and while utilizing their services would greatly increase the number of patients he could see on any given day and therefore improve profitability, for him it is not worth the sacrifice in face-time with his patients. He also avoids any interaction with drug representatives, resisting the temptation many practices fall into by making deals with companies to promote their products. This means no parties, no lunches, and even no fruit baskets or free pens. Instead, he researches each drug he recommends to patients thoroughly, and puts his support behind them because he believes they work the best.

Dr. Ioannides’ practice is proof to many that integrity and profits don’t need to be mutually exclusive. In today’s day and age, businesses are being held up to new and more rigorous scrutiny: not “how much money can you make” but “how are you working to make the world a better place?” While it may seem that putting people over profits is a surefire way to see your business fail, the success of Ioannides practice over the past two decades has shown that it is possible.