This month’s latest construction news headlinesNHL Headquarters is on the move to new Manhattan skyscraper...

NHL Headquarters is on the move to new Manhattan skyscraper…

The National Hockey League is moving from its Midtown Manhattan headquarters to a 67-story office tower, dubbed One Manhattan West. It will be just west of Madison Square Garden, home of the NHL’s Rangers, that’s being constructed on Manhattan’s west side.

Brookfield Property Partners announced that the NHL will lease five floors of the future skyscraper as is part of the seven-acre Manhattan West complex, set to open its doors in 2019. 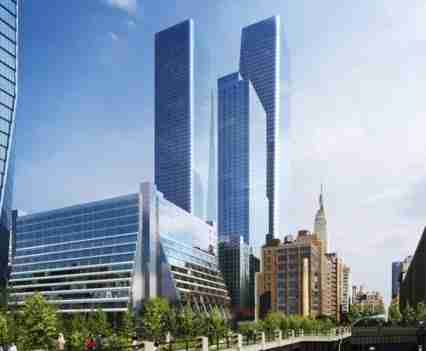 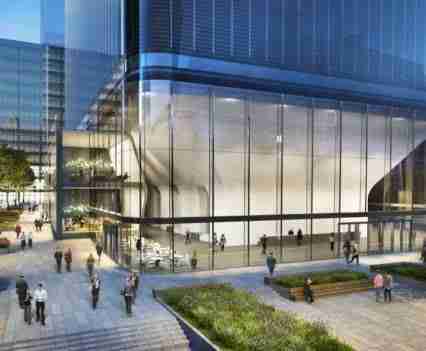 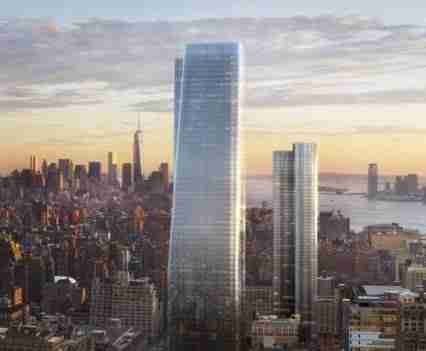 League officials believe the west side of Manhattan is “the future of New York.”

New policy would require all roadblocks like traffic cones, barrels, and Jersey barriers to strictly be set up in the street for only one hour before and one hour after work is underway. Currently no restrictions are in place for how long these barriers can be up aside from needing a permit for road construction.

New York City Councilman Ben Kallos explained,  “New Yorkers want to get where they are going fast. Everyone hates traffic jams, especially when they are for road work, but no one is actually there doing the work. It’s about making sure we are only impeding traffic and causing traffic when we absolutely need to.” 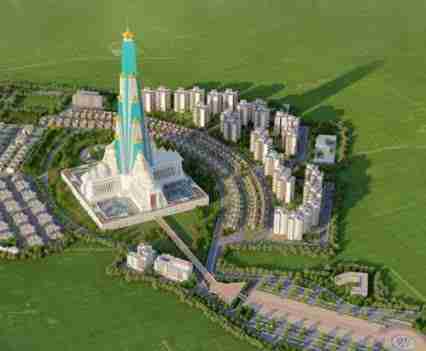 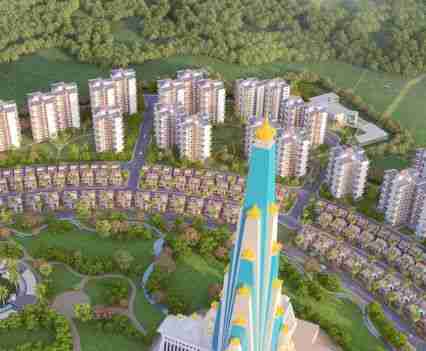 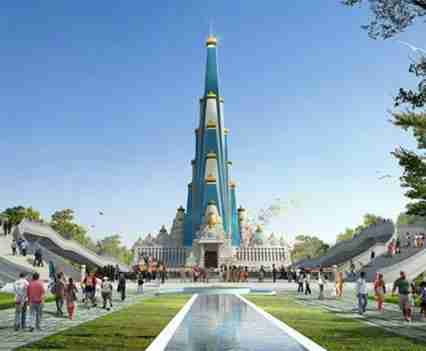 Construction of the world’s tallest religious building is underway…

The early stages of construction have begun, honing in on the 180-foot-deep foundation of the temple. 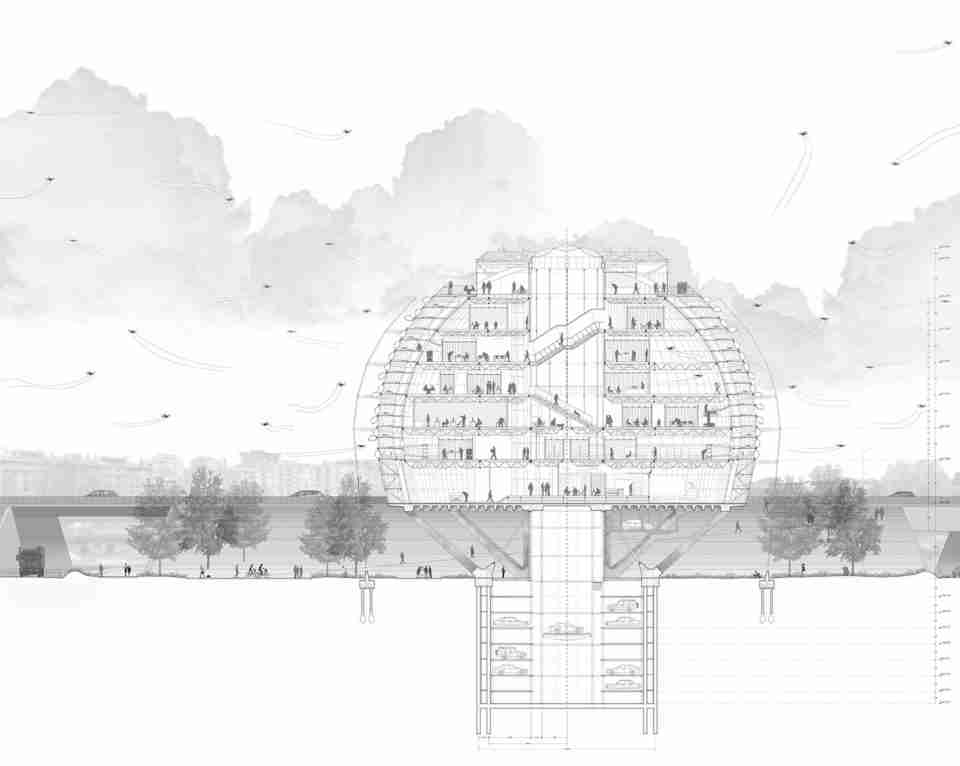 Is the “Urban Droneport” the future of deliveries?

As titans of tech have placed their wagers on drone deliveries, concerns for the onslaught of skyward devices has architect Saúl Ajuria Fernández looking to support the drone infrastructure. Fernández has designed a solar-powered drone hub—the hangar doors would actually collect enough solar rays to power the entire building—in Madrid, which he’s named the Urban Droneport.

Inhabitat reports that Urban Droneport “could allow companies to radically optimize package delivery. Spherical hangars allowing drones to take off with ease populate the outside of the Droneport, while the interior would accommodate a logistics center and State Institute of Technology Development.” 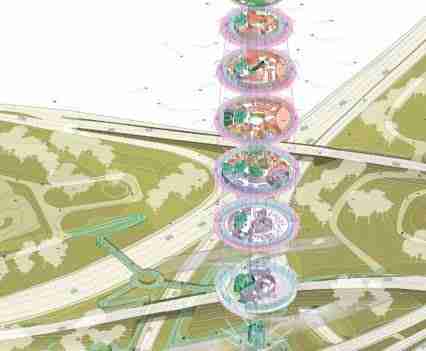 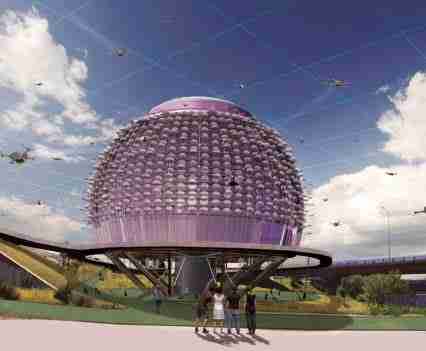 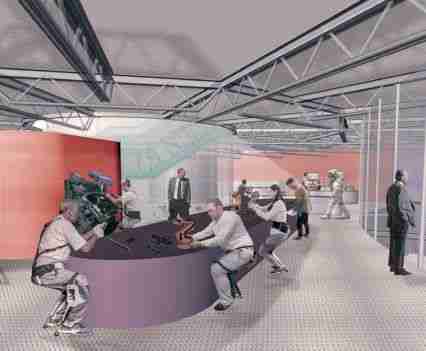 Fernández claims that the Urban Droneport can be easily adapted for other cities and could be used for drones ferrying medical supplies in addition to package deliveries.

Also, the dome-shaped building’s design takes its proximity to three separate parks into account, with a raised first floor enabling people to walk around the base and connect to the different parks. 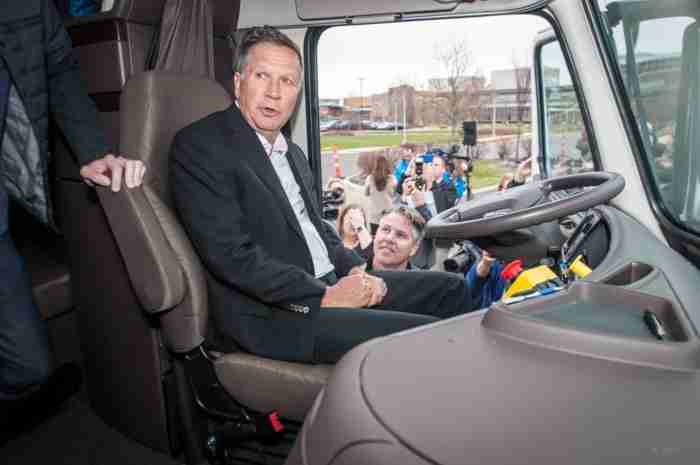 Ohio highway designated for smart road tech testing…
Dublin, Ohio is turning 35 miles of U.S. 33 near into a Smart Mobility Corridor. This stretch of highway carries roughly 50,000 vehicles per day, making it an ideal site for the Ohio Department of Transportation (ODOT) to install $15 million in highway technology features in order to test autonomous and connected vehicle features.

ODOT has partnered with Honda R&D Americas, the Transportation Research Center at East Liberty, and Ohio State University’s Center for Automotive Research, the City of Dublin, City of Marysville, and Union.

Ohio Governor John Kasich explained, “Some of the world’s foremost automotive researchers are working here in Ohio, at both ends of this corridor, and this project provides them with the perfect location and state-of-the-art infrastructure for safely testing autonomous and connected vehicle technologies.”

“Ohio has been at the heart of automotive manufacturing and innovation since the industry’s earliest days. Those ties strengthen with each passing year and innovations developed here will continue to build on our state’s historic role as a world leader in transportation technology.”

ODOT will add sensors and fiber optic cable along the corridor for to assist researchers and traffic monitors communicate with sensors along the highway in hopes to achieve smarter transportation technologies.

“Data collected on this corridor will allow automotive innovators to test and refine jobs – creating technologies that are going to help move people and products more safely and efficiently than ever before,” shared ODOT Director Jerry Wray. 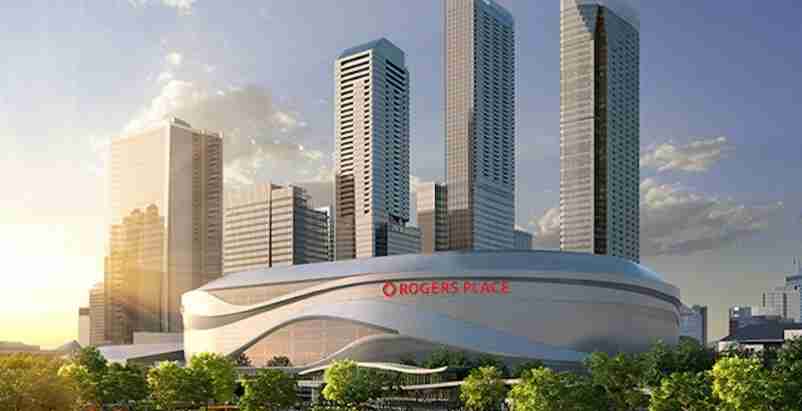 City-owned home of the Edmonton Oilers, Rogers Place, is a $480-million arena which opened in September. Already, the HOK-designed building—described as a “365-day-a-year destination”—has hosted over 500,000 guests in two mere months.

Every Edmonton Oilers game has sold out and provided the Western Hockey League’s Edmonton Oil Kings with a record-breaking attendance with a sold-out season opener.