Dr. David Parrott has spent more than two decades in upper-level academic administration at Texas A&M, UF, U of L, and other universities, during which...

Dr. David Parrott has spent more than two decades in upper-level academic administration at Texas A&M, UF, U of L, and other universities, during which time he has helped shape the student communities at several very different institutions. Drawing on both his professional and personal experiences, Parrott recently discussed the role that University communities play in the development of students. 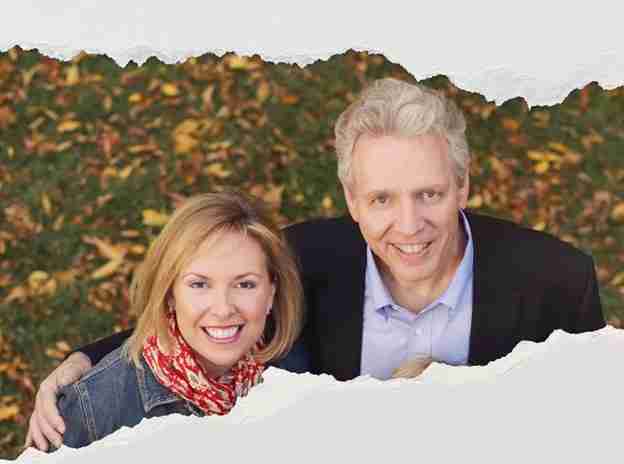 Dr. David W. Parrot and wife, Kelli, are both experienced in higher education as they have moved around the country together creating community at universities in Texas, Florida, Kentucky, and others.

David Parrott came from a blue-collar family, and the college experience was entirely unfamiliar to him when he stepped onto the campus of Western Kentucky University. He remembers the hubbub of first-year students crowded into a large arena for registration, the seemingly chaotic course schedules, the numerous course offerings, and the detailed requirements of the university almost became too much for him. He almost quit before he had even gotten started. (He envies the electronic registration that students utilize today, but as he explains below, the face-to-face interaction he experienced at registration changed the course of his life.)

“I’m a first-generation college student,” he shares. “As I tell everybody, I’m not just the first person in my family tree to graduate from college, I’m the first person in the whole orchard. So I was overwhelmed and underprepared, and just lost during that first semester especially. Make no mistake about it, my family was very supportive, but they could provide no insight or guidance regarding the college experience,” Parrott related.

Amid the unfamiliar cacophony of registration, he looked for an escape. He was just about to step out of the door of the arena and drive home (where he had a job offer working in a factory) when a professor stepped in front of him. “Dr. Drew Harrington, a WKU professor, literally stepped between me and the doorway and changed the course of my life,” Parrott shared.

“I was so lost and didn’t know what to do,” Parrott recalls. “I was already frustrated beyond belief because I could not get my course schedule to work out in the MWF/TThF configuration required by the university.”

“Are you getting registered?” Dr. Harrington asked. The educator sensed whatever uncertainty Parrott felt and he helped in every way possible. Dr. Harrington not only explained what his course was (one 15-hour Humanities course called Humanities Semester) and how registering for the course would put David in with a group comprised predominantly of sophomores, but Dr. Harington also offered to take care of registering him for the class. He solved all of Parrott’s dilemmas and literally changed the course of his life.

That class was the first college course in which young David Parrott was enrolled. The five instructors for the course and the other class members, mostly sophomores, provided both guidance and community – that sense of belonging that all new students need so badly.

Without the friendly assistance and support from Dr. Harrington, he would not be who he is today. 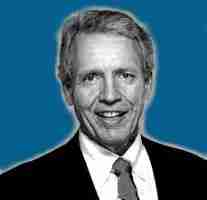 David Parrott completed his undergraduate work at Western Kentucky and went on to earn a master’s in educational leadership and administration from the school. He ultimately completed a Doctoral degree at the University of Louisville.

Since completing his doctoral degree, he has held executive positions at Western Kentucky University, Western Michigan University, Texas A&M, the University of Florida (UF), and the University of Louisville. In all of his administrative roles, he’s been closely involved with shaping and being shaped by the students and the university community.

At Texas A&M, he served as dean of student life and associate vice president for student affairs. He oversaw student life, new policy initiatives, major restructuring and addition of departments, and significant construction projects when working in these capacities.

At the University of Florida (UF), he was the vice president for student affairs. He acted as a liaison between the president’s office and the student body, and he again oversaw major restructuring of departments and construction projects. Construction included creating two new minority student cultural centers and initiating $500 million planning for on-campus housing renovations.

Post UF, at the University of Louisville, David Parrott serves as a compliance coordinator. His primary responsibility is to ensure equal access for all students, regardless of gender or disability. “There are 2,000 pages of regulations and commentary for which every university is responsible. Our work in the office is to make sure that the university complies with those regulations,” Parrott says. He goes on to say, “however, our work goes far beyond just complying with the law as access and equity are critical components of a thriving university and ideals to which we should aspire, and they are foundational to a successful student body.”

The Importance of the University Community

David Parrott’s story illustrates how helpful an accepting and supportive University community can be. He recognizes that a community’s impact extends far beyond registration day, welcoming week, or even the first year. “Every student needs to feel welcomed; they need to know that they matter, that they belong at their particular university, and they need a community or communities of which they are an integral part,” Parrott said. He went on to say “my experience as a first-generation college student taught me the value of belonging and of being accepted into a community. I now strive to provide that in the work that I do.”

According to David Parrott, each university from UF to UCLA has a distinct impact on its students. “Every university has a very unique and distinctively different culture,” he says. “Students both shape and inherit that culture. University culture is extremely impactful in shaping individuals and communities. The best analogy I can think of is a fast-running stream because that’s what higher education is, it is fast, it continually moves, and it impacts and shapes all that it touches” says Parrott. “If you reach down to the bottom of that fast-running stream and pick up a handful of pebbles, they are all smooth because they have been shaped by the water, and they have shaped each other.

That is what the water does to the rocks – and the rocks do to each other. They get polished, they get smoothed, and they are transformed while keeping their fundamental properties. And that’s what higher education does, it shapes, it transforms, and it polishes students, faculty, and staff. Higher Education is a lot of fast water shaping all of the people who are part of it, setting the stage for them to shape each other and their communities.”

There’s a dynamic relationship between students and a school’s culture, and that’s the relationship David Parrott has strived to enhance at Texas A&M, UF, and U of L.

The Importance of Inclusivity in Universities

David Parrott understands inclusivity is an essential aspect of any successful university environment, regardless of what else the community has or doesn’t have.

Every student should be able to participate in the university community and shape the university community, regardless of their background. That is what Parrott has sought to enhance by developing minority student centers, championing the hiring of minority staff and colleagues, using his knowledge of racial identity and law to shape practice and policy, ensuring compliance, and working with student bodies in many different ways to ensure that all voices can join the chorus of voices to be heard.