The flaws in diamonds on a molecular level could hold the key to quantum-level data storage to our ever increasing amount of data.

The flaws in diamonds on a molecular level could hold the key to quantum-level data storage to our ever increasing amount of data. 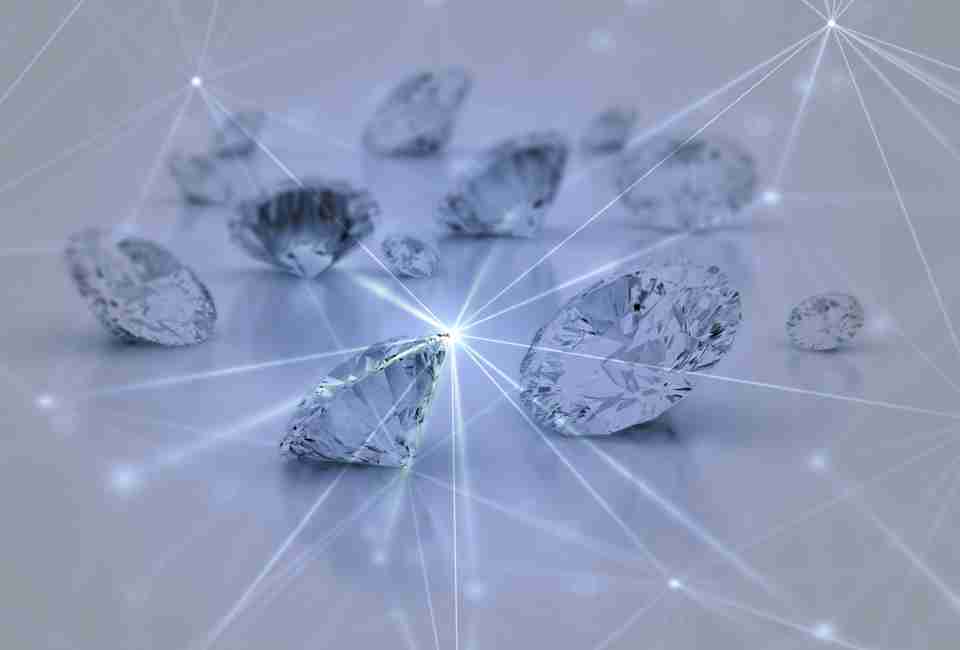 Diamonds aren’t just a girl’s best friend anymore. The precious stones could serve a more practical purpose by storing data: since diamonds are forever, data stored in them could also last forever, given the right conditions.

The Ever-Growing Need of Data Storage

The world is drowning in a data deluge.

In 2010, The Economist exclaimed that our world is drowning in a data deluge. “Everywhere you look, the quantity of information in the world is souring,” the magazine reported. “Merely keeping up with this flood, and storing the bits that might be useful, is difficult.”

Data storage, like diamonds, is a precious but limited resource. In the world of big data, there simply is not enough space to store large volumes of information.

All these storage devices can only hold a few terabytes of data compared to the zettabytes and exabytes of information produced every year. Not to forget the shelf life of the memory.

HDDs may last only a few years on average. DVDs and similar storage devices may last a few decades but not hundreds of years. Rewritable disks further fail on each rewrite.

The world consequently needs new alternatives for data storage or else it could face technological and financial disasters. Could diamonds really be the answer to storing large amounts of data securely, forever? 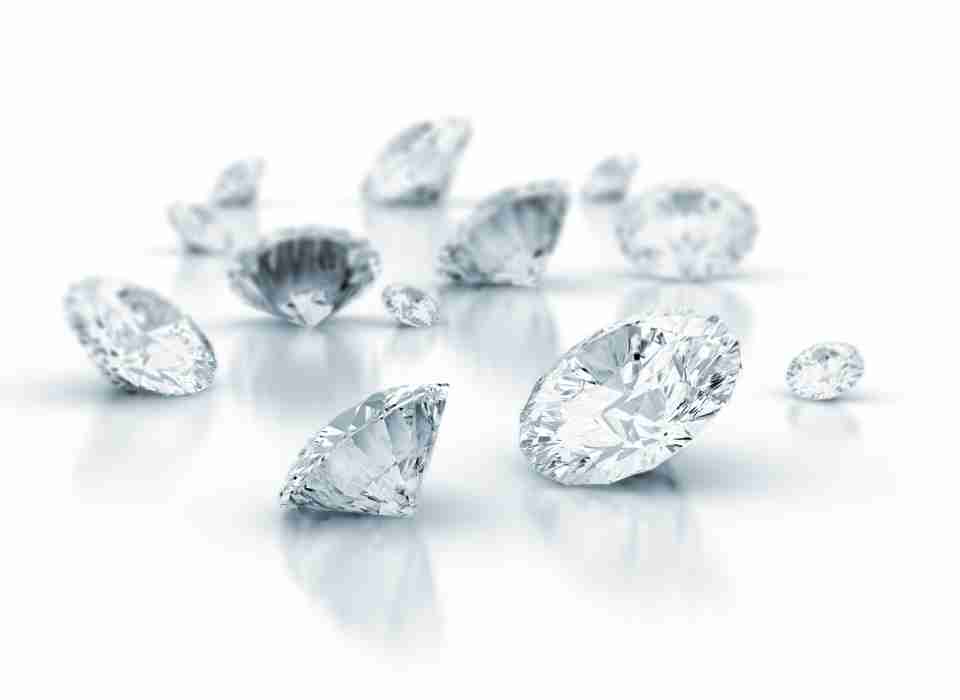 Holograms, DNA, magnetic tapes, and, yes, diamonds have been proposed for memories and quantum data storage, but the new solution offered by researchers Siddharth Dhomkar and Jacob Henshaw from the City University of New York (CUNY) explores the storage capacity of diamonds to an unimaginable level.

According to the study, data stored in diamonds would not only last forever, but a small diamond half the size of rice grain and thinner than a sheet of paper could store the data of 100 DVDs, With more R&D, this capacity is expected to increase to the equivalent of one million DVDs.

Each bit of data could be stored in a tiny space on the diamond only a billionth of a meter wide. This is much smaller than any similar options currently used in data storage.

“We are the first group to demonstrate the possibility of using diamond as a platform for the superdense memory storage,” said Dhomkar.

Additionally, unlike DVDs or hard drives, a diamond allows countless rewritings without degrading itself.

Imperfect Diamond is Perfect for the Data Storage

The diamond on your finger likely has invisible flaws, which is perfect for data storage.

No perfect diamond exists, but flaws are not noticeable to the naked eye, but rather on an atomic level.

Dhomkar and Henshaw are exploring the important role played by defects in diamonds for data storage.

“On the atomic level, these crystals are extremely orderly—but sometimes defects arise. We’re exploiting these defects as a possible way to store information in three dimensions.” Co-wrote Henshaw and Dhomkar.

A diamond is a well-ordered array of carbon atoms. Under an electron microscope it usually looks like a neatly arranged three-dimensional structure, but at times, there is a break in the order and a carbon atom is missing.

Dhomkar and Henshaw have already implemented the concept.

The researchers treated tiny nitrogen vacancy centers as magnets that could repel or absorb electrons and encoded the faces of physicists Albert Einstein and Erwin Schrödinger by adding an electron and taking others away using lasers.

How is the Data Encoded on Diamonds?

Writing, encoding, and reading data on diamonds is a highly complex process, but one with a simple foundation.

It’s based on a binary system to represent information. Dhomkar and Henshaw consider nitrogen vacancies as a substitute for the binary ones and zeros. If the defect has an electron, it’s a one; if it’s empty, it’s a zero.

Defects give the diamond a negative electrical charge. However, these defects could be given a neutral charge by shining lasers on them

Diamonds can encode data in the form of negatively and neutrally charged defects, which lasers can read, write, erase, and rewrite.

A green laser can trap an electron in the defect, while a high-power red laser can eject an electron from it. Researchers therefore encode, write, and read the data on the diamond like a computer reads zeros and ones. Instead of digits, light determines the presence or absence of electrons. 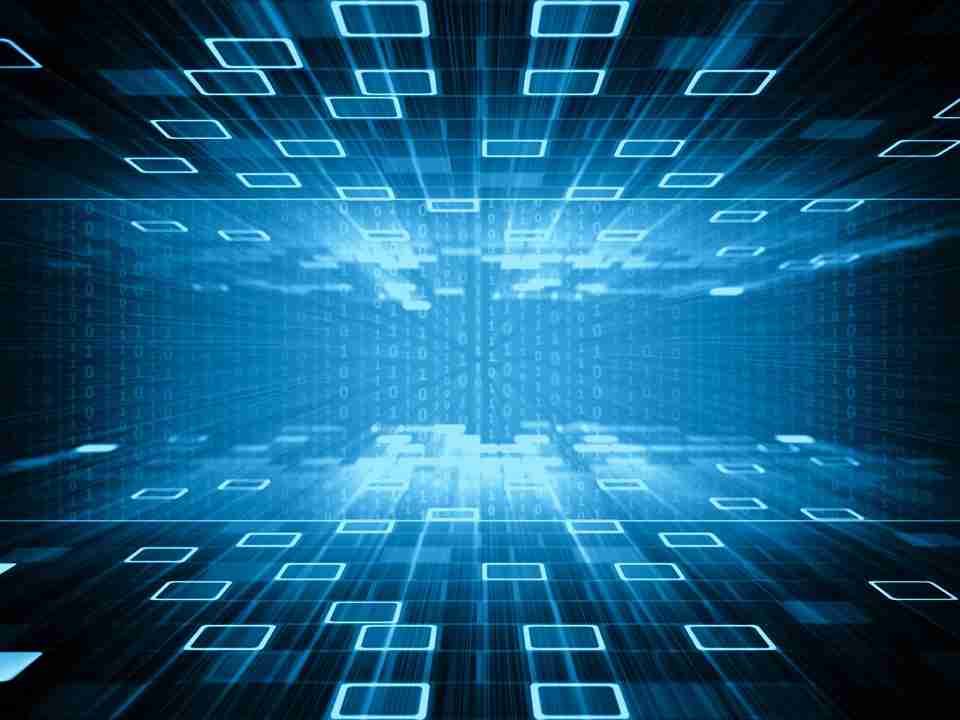 “A DVD is like a 2D puzzle, and this diamond technique is like a 3D model,” said Henshaw.

Unlike the DVD, which has only one surface, a diamond can store data in multiple layers, like a whole stack of DVDs.

The physicists used fabricated lab-made diamonds, which only cost $150, instead of natural diamonds for their experiment. This allowed them to control the concentration of nitrogen vacancy centers in diamonds.

“The bigger the diamond, the more defects, the more places to put information,” said Henshaw.

The research has a promising future for data storage but there is still a long way to go before consumers begin using diamond drives to store their data.

Jon Toigo, data storage veteran, is concerned that the diamond data storage system will have its flaws, the data exchange will be restricted to laboratories, and diamonds are costly. “It’s usually a 10-year interval before the tech is released for commercial use,” he added.

A Shining Future Ahead for the Data

Diamond’s unique properties attract manufacturers in applications like the fabrication of long-lasting cutting tools, low-friction and biomedical coatings, or to subdue the heat in high-voltage electronics.

Now, the diamond is set to give a new direction to the data storage technologies helping to deal with the tsunami of information.

“This is just a beginning, but these initial results provide us a potential way of storing huge amount of data in a brand new way. We’re looking forward to transform this beautiful quirk of physics into a vastly useful technology,” said the researchers.