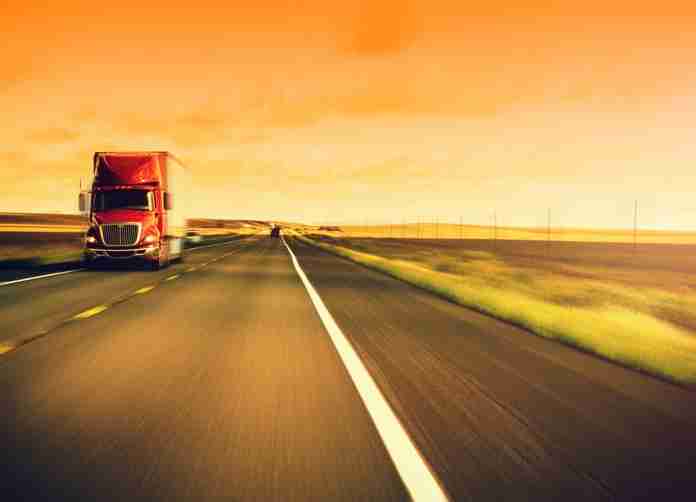 What will the rate of truck accidents be like in a future with streaming vehicle-to-vehicle communication on the road? Turns out, we’re not that far off from that reality.

More automated safety features—auto-braking, for example—are becoming mainstream on our roadways. Cyber protections for drivers’ data streams will be one of the loftiest goals to ensure less truck accidents and fatalities.

“We are carrying the ball as far as we can to realize the potential of transportation technology to save lives.” -Transportation Secretary Anthony Foxx.

According to the American Trucking Association (ATA) there are over 3.5 million truckers on America’s roadways, hauling 70 percent of all freight transport in the nation—that’s about 10.5 billion tons—while generating a cool $726.4 billion in revenue for 2015. The trucking industry’s potential is only growing.

That being said, drivers’ wages are not proportionately matching the demands of one of the most regulated industries in the U.S. Why so regulated? Safety, safety, safety.

While truckers face high costs of equipment, insurers must face the same skyrocketing costs, too.

“The cost of a truck has gone up greatly with all the additional regulatory emissions requirements in place and safety equipment requirements,” points out Steven Bojan, vice president of transportation risk services for HUB International in Chicago.

A safer, connected future?
While retail giant Wal-Mart has asked truck drivers to test out in-cab cameras, the whole trucking industry seems to be making a move for smart, accessible dashcams for their fleets.

The main cause? Cutting growing insurance costs from accident settlements.

Smartphone dashcams not only combat inclinations for distracted driving, but are an effective, affordable new means for a better in-cab camera.

“Utilizing and testing technology to make our logistics network, a core strength for the company, safer and even more efficient is nothing new at Wal-Mart,” said spokesman Scott Markley. “We’re always striving to improve, and this is just one of many pilots to learn how we can be even better.”

Soon truck drivers won’t even have to risk any liabilities when fueling up.

Ford’s connected services through its SYNC AppLink system include such options that allow drivers to pay for gas without stepping foot outside the vehicle, project navigation maps via smartphones to in-car touchscreens. Also Ford’s new app is designed to lower insurance rates through recording drivers’ driving activity.

Dashcams… both ways?
Drivers have been reported to be purchasing and installing their own forward-facing cameras, but does the concept of an inward-facing camera seem too invasive? Wal-Mart has opted for camera technology triggered by a hard brake, sharp turn, or other critical event to record a short time before and after said event.

“I feel like it is inevitable that it is going to happen just because that’s the way of the industry,” shared a Wal-Mart driver who volunteered to use the dual-view camera

“To me it only makes sense to have both. If you’re in a court of law and they’ve got your forward-facing camera, and there’s no doubt you maintained your lane, the next question out of the lawyer’s mouth is going to be, ‘What is that driver doing? Why can’t we see what that driver’s doing?” 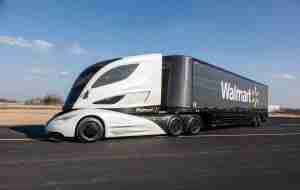 The Journal of Commerce reports that commercial truckers and trucking companies alike are opting for smartphone cameras, telecams, and dashcams. Insurance rates are cut and, as a bonus, more thorough communications are established between dispatchers and drivers. This, in turn, builds better monitored routes, required breaks, and effectively prevents drivers’ exhaustion. Get rates from a truck insurance company in California.

Next up on the road
So really, getting used to Big Brother could mean a wealth of protection information at drivers’ fingertips, with advance notice of oncoming obstacles or dangerous conditions.

The “connectivity market” is worth $3.5 billion annually, which encompasses everything from better warranty management and maintenance prognostics to the ability to reduce empty mileage through Uber-like freight services.

Wallace Lau, an industry analyst with the automotive and transportation practice at global consulting firm Frost & Sullivan, insists that this is just “the tip of the iceberg” in terms of what telematics can offer trucking.

“Connectivity is the biggest enabler of a lot of potential benefits for this industry,” Lau told Fleet Owner. “There’s also a lot of money to be made through offering more connected trucks,” he stressed, noting that his firm predicts some 35 million light, medium and heavy-duty trucks featuring some sort of telematics connectivity will be on the road by 2020.

President of PeopleNet Brian McLaughlin adds, “By 2020, it’s expected that there will be an average—an average, mind you—of seven devices per person: from smartphones and tablets to ‘fit bits’ and such. We’re looking at the potential one day to possibly equip truck drivers to monitor their heart rate, fatigue levels, and other health metrics in real time as they operate equipment.”

So needless to say, truly massive changes are afoot for the trucking industry.