Railroads have been moving the American economy for nearly 200 years, and CSX traces its history to the birth of the industry. From mapping uncharted territory to expand the nation to delivering the freight that powered American industries, railroads were essential to the growth of the nation. Today, they continue to be as vital to the nation’s transportation challenges as they were two centuries ago.

More efficient, safer, and more sustainable than over-the-road transportation, freight rail decreases traffic congestion by reducing the number of trucks on the nation’s highways, lowers fuel consumption and saves on transportation costs. These sustainability advantages, combined with the adoption of advanced technologies to improve safety and efficiency, are the core of CSX’s vision to significantly increase the amount of freight that moves by rail.

Formed by the consolidation of many heritage railroads, starting with the Baltimore and Ohio Railroad founded in 1927, CSX today is a modern transportation company with a rail network covering approximately 20,000 route-miles in 26 states, the District of Columbia, and the Canadian provinces of Ontario and Quebec.

A Fortune 300 company, the transportation giant serves all major markets in the eastern part of the U.S., which contain nearly two-thirds of the American population. The company also has access to over 70 ocean, river, and lake port terminals along the Atlantic and Gulf Coasts, the Mississippi River, the Great Lakes, and the St. Lawrence Seaway. Connections with Western railroads give CSX access to Pacific ports as well. The Class I rail freight carrier serves a wide range of markets, including energy, automotive, consumer goods, and industrial products, and provides intermodal service that combines long-distance rail with short-haul trucking.

In recent years, CSX has undergone a transformation that has dramatically improved the efficiency of its operations and the reliability of its service. Among its major points of emphasis has been leveraging technology to improve all aspects of the company’s operations. In addition to taking a modern approach to the fundamentals, including order collection, tracking, scheduling, and other logistical aspects, the company has focused on improving traditional railway operations, such as tracking how fast trains are moving, how timely they are, and detecting equipment and track defects. Process improvements have helped CSX vault into a leadership position in the freight transportation industries here and around the globe.

As part of an overall modernization push, CSX is taking an end-to-end logistical approach, from building its own storage facilities with direct access to its rail lines, to sharpening its focus on “last-mile, first-mile” trucking services that enable dock-to-dock deliveries. The company is also aggressively marketing rail-served development sites to both new and traditional rail customers. For example, CSX has been successful in landing new business from a number of companies in the electric vehicle battery industry, which have chosen to build manufacturing plants on rail-served sites.

Just as CSX locomotives are essential to keeping goods moving safely and customers satisfied, the information security team has an important role to play in the company’s efforts to differentiate themselves from other Class I railroads.

CSX’s foundational operating technologies, such as those that support train movement, terminal operations and the like, are separate from traditional IT. The accurate transfer of information has always been fundamental to the company’s success and is at the heart of a five-year digital transformation journey designed to speed these critical processes. Automation will ultimately make it easier for customers to interact with the company. In turn, this will significantly improve CSX’s competitive position versus trucking transportation providers. 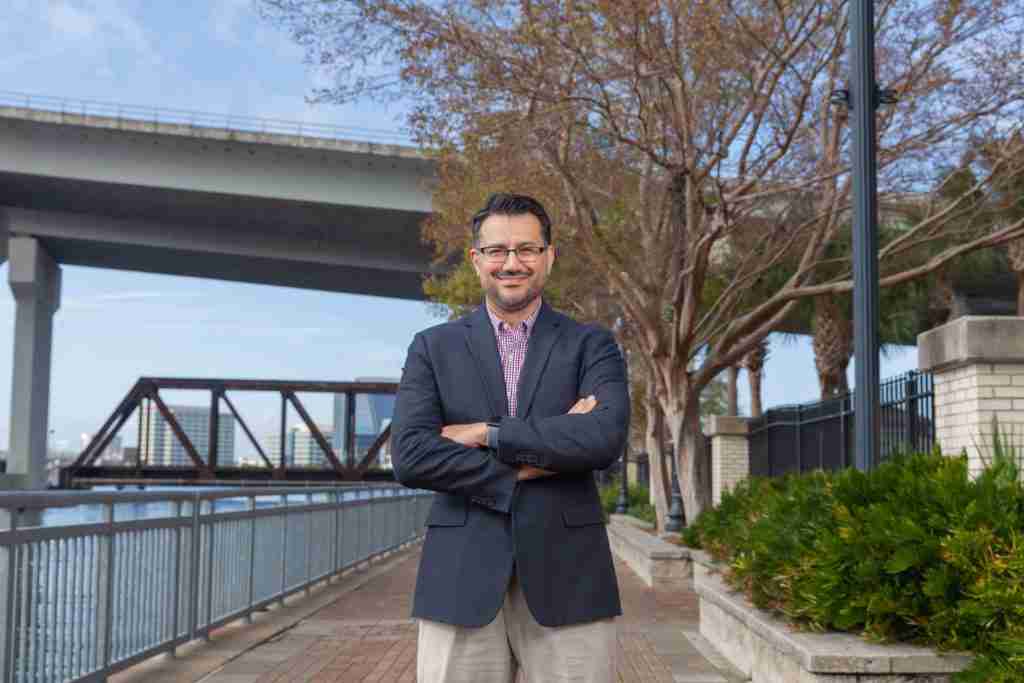 The challenge ahead is finding the best way to move data freely while ensuring its security. Alex Borhani, the company’s Deputy Chief Information Security Officer, is in charge of ensuring that the transition from legacy technologies to the cloud is secure. He likens his role to laying down the train tracks that keep rail cars moving safely and efficiently. “We are laying the groundwork that allows CSX information technology to build those digital high-speed trains,” he explained.

The groundwork for the transition is set, including the construction of modern infrastructure to support DevOps and the Agile methodologies that will make the transformation possible. The effort includes a shift away from mainframe technology to a hyper-converged microservice architecture; work on migrating applications is ongoing.

A pair of critical partnerships are involved in the successful migration to the cloud. In addition to leveraging Fortinet’s renowned network security solutions, CSX has partnered with Tata Consultancy Services (TCS) for operational, maintenance, and support services for the company’s IT systems. The alliance will shift the maintenance of legacy IT solutions to TCS, enabling CSX to focus on building its future-forward information technologies.

According to a company statement, “This strategic decision will ensure CSX remains a transportation industry leader in both technology performance and innovation, as we pursue our goals for safety, service, reliability, and business growth.”

With 25 years of railroad industry experience, TCS provides services to more than 16 major railroads worldwide, including freight as well as passenger operations. As a part of CSX’s transformation roadmap, TCS is standardizing operations to maximize automation and security product capabilities. The scope includes the management of end-to-end security for CSX within their security operations center, including managed detection response, vulnerability management, network security services, access provisioning, and governance risk and compliance services.

Innovation at scale is another key aspect of the CSX-TCS relationship, and TCS will leverage its multifaceted innovation ecosystem to advance CSX’s goals for strategic, purpose-led innovation. Adding to its already robust capabilities, TCS is reaching out to select startups for ideas that can be converted into customized, innovative solutions to address CSX’s unique challenges and opportunities. 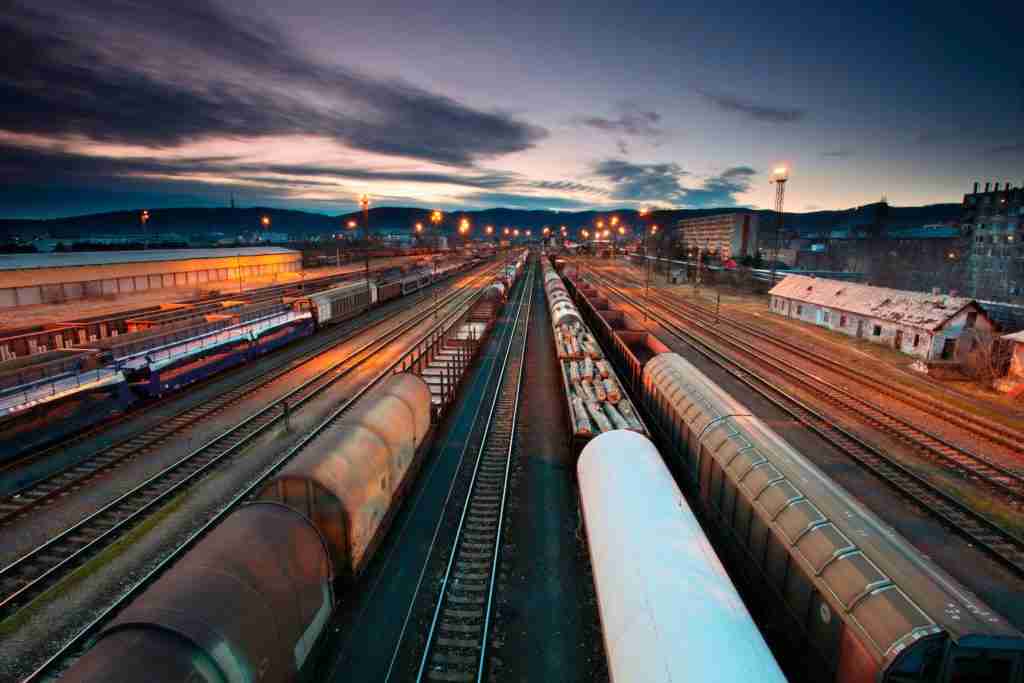 Organizationally, information security is central to the CSX culture, taking as critical a role as physical security and safety. There are stakeholders at every level of the organization, from the board level to the C-suite and the leadership teams that oversee every kind of technology they use. “We have a really big culture around safety, and information security falls within that safety culture,” Borhani said.

Borhani pointed out that not all enterprises share CSX’s inclusive information security posture. “Even though they may have a culture around safety, there's still pushback from technology and technologists in many organizations,” he said.

When it comes to technology adoption, CSX has taken steps to be on the leading edge, especially in IT. The information security team is the first within the CSX environment to migrate to cloud service for a production resource in anticipation of the organization-wide digital transformation. “We had to be the first ones to adopt the cloud to enable other areas of the company to make that transition themselves,” he said.

That leap enabled the wider technology department to see information security as not just a component of the transformation but a leader of the effort. The influence of such a robust infosec group has also been instrumental in gaining the trust and support of their technology partners, who appreciate CSX’s security culture, and their dedication to creating frictionless experiences for their customers as well as their internal stakeholders.

The CSX approach to modernization has lessons that transfer to all industries. According to Borhani, all transformation and modernization projects require consistent, progressive efforts, and there’s no such thing as an overnight sensation. “You must take every effort, every learning opportunity to make improvements, to iterate on those improvements and make small little investments and continue to perform your core business the best way you can. Eventually, that’s what makes the transformation.”

CSX is one of the nation’s leading transportation suppliers. Headquartered in Jacksonville, Florida, the company provides rail, intermodal and rail-to-truck transload services and solutions to customers across a broad array of markets, including energy, industrial, construction, agricultural and consumer products.

For nearly 200 years, CSX has played a critical role in the nation’s economic expansion and industrial development. Its network connects every major metropolitan area in the eastern United States, where nearly two-thirds of the nation’s population resides. It also links more than 240 short-line railroads and more than 70 ocean, river and lake ports with major population centers and farming towns alike. 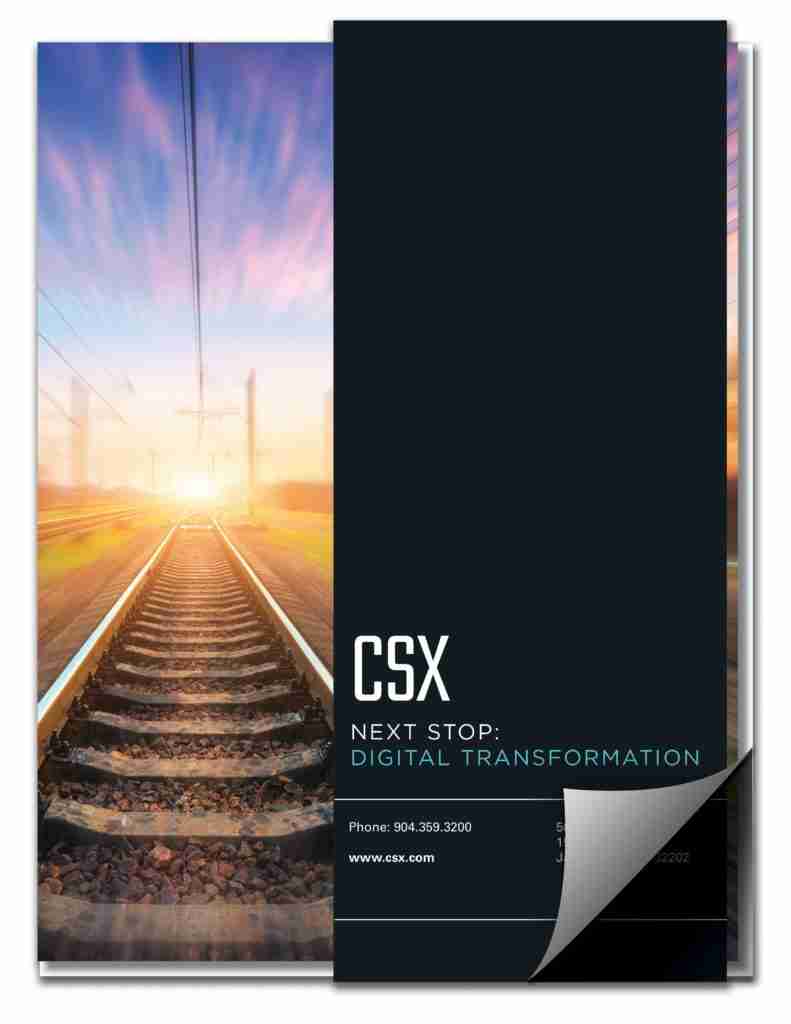