Side effects of cryptocurrency

As a matter of fact, the contemporary way of life requires spending a significant portion of time in the digital world. Today, almost everything that... 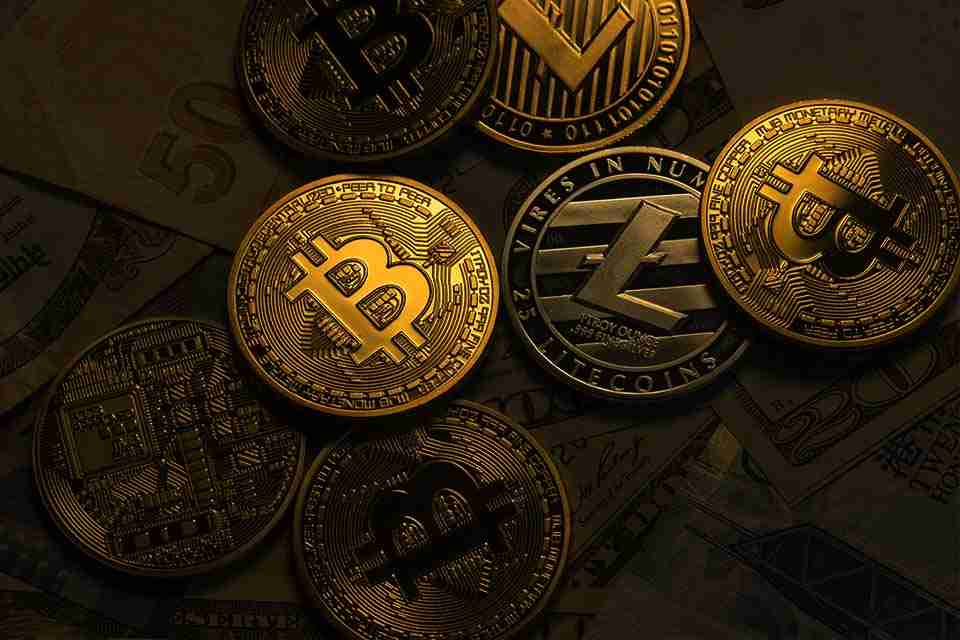 As a matter of fact, the contemporary way of life requires spending a significant portion of time in the digital world. Today, almost everything that a person does can have an online alternative, like:

Markedly, once people celebrated the new millennium, reality became way different from what it looked like in the past. Could people from medieval times imagine that all your money would be on one plastic card? Well, nowadays, you may even go without this tiny square, storing all costs in some online wallet. Moreover, the choice of digital currencies is now broader than ever, including:

Indeed, many have an optimistic outlook on the impact of cryptocurrencies, and such an approach has multiple valid reasons. Yet, remembering about possible side effects of crypto is crucial as well. Let’s unpack some controversial aspects of digital currencies!

Without a doubt, the first argument that opponents of crypto always bring up is climate change. Every person has probably heard about such a problem from mass media or school. As much as publicity brings it up, the disclosure is hardly enough. For instance, eco-activists have fought the oil and coal industry for decades, but results are almost invisible.

The same situation takes place with the crypto industry. Unfortunately, this economic segment became as harmful as the previously mentioned spheres. Just soak in the following fact, crypto mining takes up to half percent of the global energy use! Obviously, renewable energy is barely an option for covering such demands. As a result, miners choose the easiest path and work with electricity from coal or peat burning.

The main problem is that the crypto world lacks centralization and control. Therefore, putting the responsibility on anybody for a massive carbon footprint is impossible. Sadly, such a method works only with governments and corporations afraid of sanctions.

However, there is one weapon for fighting the dangerous crypto farms, which is negative representation by the media. As soon as an influencer sells their tokens, the domino effect may cause deterioration in their price! The same happens if a celebrity expresses a negative opinion towards a cryptocurrency.

Sure, lack of predictability is a nightmare for somebody who somehow works in the financial sector. Depending on what a person does, hours or even seconds are crucial. The more sudden factors affect the situation, the harder it becomes to make forecasts.

Undeniably, cryptocurrencies are one of the most unstable phenomena on Earth. The legs of this issue likely grow from the unusual nature of crypto. People are just learning how to use it and make proper predictions, so mistakes and misunderstandings are inevitable.

Indeed, such uncertainty often leads to dangerous side effects. The more you invest in digital tokens, the riskier becomes the deal! Even experts have chances of facing bankruptcy overnight. Trouble awaits investors if a particular currency has a drastic decrease in demand, for whatever reason. Just remember that any digital coin can lose its popularity in the future.

How does a thief look like in your mind? You would probably describe a stereotypical burglar with a mask and a bag of money behind their back. Yet, modern robbers look different. In fact, they are indistinguishable as they work from their computers!

Whenever large storage of value appears, there is always a line of enthusiasts willing to take a piece of cake. This rule worked with cryptocurrencies as well. Yes, hackers were around long before the first digital currencies appeared. Soon after that, cybercriminals changed their specialization and began hunting for precious tokens.

What do hackers generally do? People know them as computer geeks who write codes and create harmful viruses. Such a skill is beneficial for an individual who wants to unlock somebody’s crypto wallet. However, there are several schemes for making money through crypto hacking:

Markedly, the more popular the crypto industry becomes, the more hackers appear out there. Luckily, special services like the FBI hunt for them to protect users. Besides, some cyber criminals come out of the shadow to become “white” hackers who test companies’ security systems!

Another severe side effect of cryptocurrencies is the growth in a number of various crimes. Because crypto operations are totally anonymous, they give room for illegal transactions as well. Truly, the modern scales of the shadow economy are frightening. It is hard to believe, but today there are more slaves than in any moment in human history! Decentralized payment systems sure help human traffickers out.

Let’s remember about the international drug-dealing industry, which gladly uses crypto. Furthermore, corruption becomes easier with digital money too. Indeed, the crypto field isn’t responsible for all of these horrendous crimes. They exist with or without decentralized payment systems, but lack of control makes crypto controversial.

Both kids and adults know that talking to strangers can result in unwanted consequences. Regrettably, many people forget about any warnings as soon as they see a profitable proposition. In reality, they get on a hook of sly tricksters who know human psychology well.

The crypto world is hardly an exception when it comes to scams. A new Internet user might easily confuse a real deal with a fake advertisement and lose their costs. For instance, a bright-red pop-up banner that promises huge profits with minimum risks is probably a lie. You better check the information about this exchange first!

Similarly, scammers advertise fake crypto wallets only to leave you with empty pockets in the end. Even though the ad tells you about a secure place for tokens, preliminary research is a must. Again, scams happen everywhere, and cryptocurrencies aren’t the root of evil. Yet, the number of unpleasant cases constantly multiplies, so be attentive!

Altogether, it is hard to define whether the crypto industry has more positive or negative sides. As useful as blockchain and tokens can be, new problems emerge all the time. These side effects are of different nature, so they require unique solutions from bright minds. Maybe, the negative impact is going to decrease in the future! 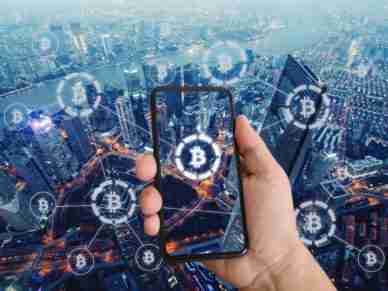 What is DCA (Dollar Cost Averaging) in Bitcoin?

Dollar-Cost Averaging is an investment technique that allows investors to purchase a fixed dollar amount of an asset on a regular basis. It is based...

Global growth projected at 3.1%, down from 4%It was supposed to be the year things got better and the world emerged from the pandemic to...

Powell: ‘We Will Achieve Price Stability’

Federal Reserve Chairman Jerome Powell is determined to get inflation down and will do whatever it takes to achieve that end, he said in a... 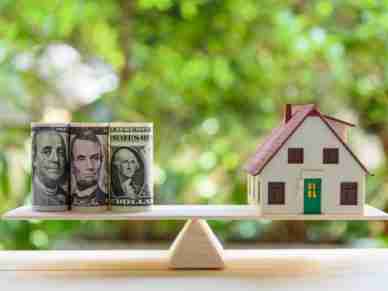 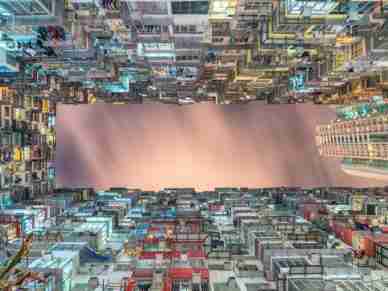 You must have heard of buying a single house, apartment, or condominium and putting it out to rent. It has various advantages, including portfolio diversification,...

How Can Electrical Contracting Companies Improve Their Cash Flow?

It takes more than technical expertise to run a successful electrical contracting business. Frequent delays and a widespread lack of transparency make it difficult for... 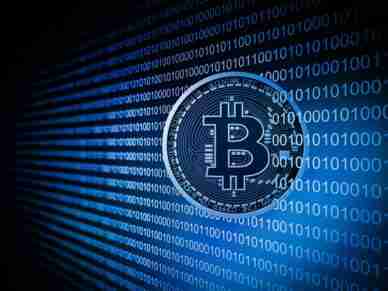 Crypto market loses $200 billion in value in one day 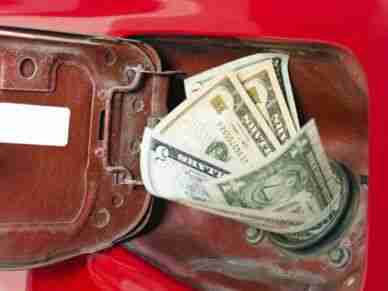 Inflation was 8.3% in April, and that might actually be good news. For the first time in seven months, the figure was below what it... 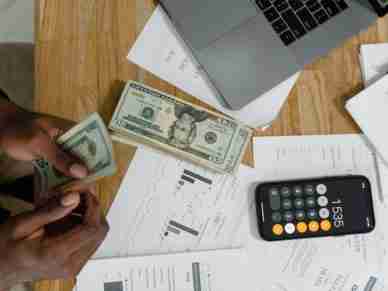 3 Steps To Maintain Balance Between Business And Personal Finances

A US bank study found that 82% of businesses that fail cite cash flow problems as one of the leading reasons for their failure, according... 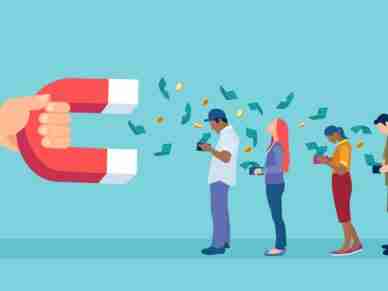 The rise of ‘shrinkflation’