Autonomy on the High Seas

Crewless cargo shipping vessels are on the horizon, poised to change the future of shipping. We explore the potential and risks of these seafaring marvels.

Crewless cargo shipping vessels are on the horizon, poised to change the future of shipping. We explore the potential and risks of these seafaring marvels. 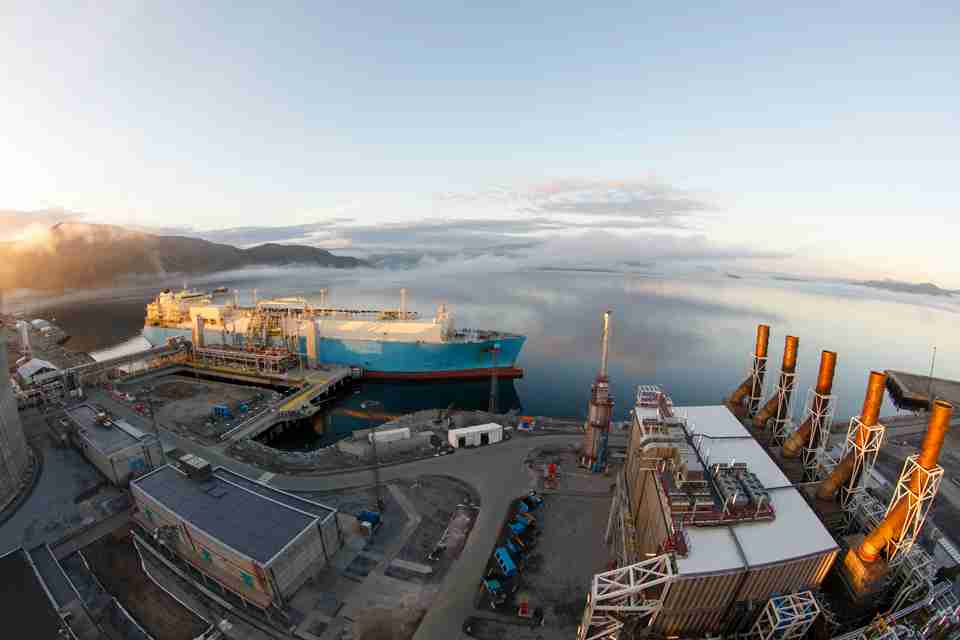 If optimism is sinking the cargo shipping industry, innovation just might save it.

As the world economy rebounded after the 2008 collapse, maritime cargo shipping companies increased capacity in anticipation of a market rally that has still yet to materialize. Faced with overcapacity, shrinking margins, and an uncertain economic environment, cargo vessel design and engineering visionaries are turning to advanced technology for their salvation.

Addressing the 2016 European Navigation Conference, Mikael Makinen, President of Rolls Royce Marine declared, “Autonomous shipping is the future of the maritime industry. As disruptive as the [smartphone], the smart ship will revolutionize the landscape of ship design and operations.” 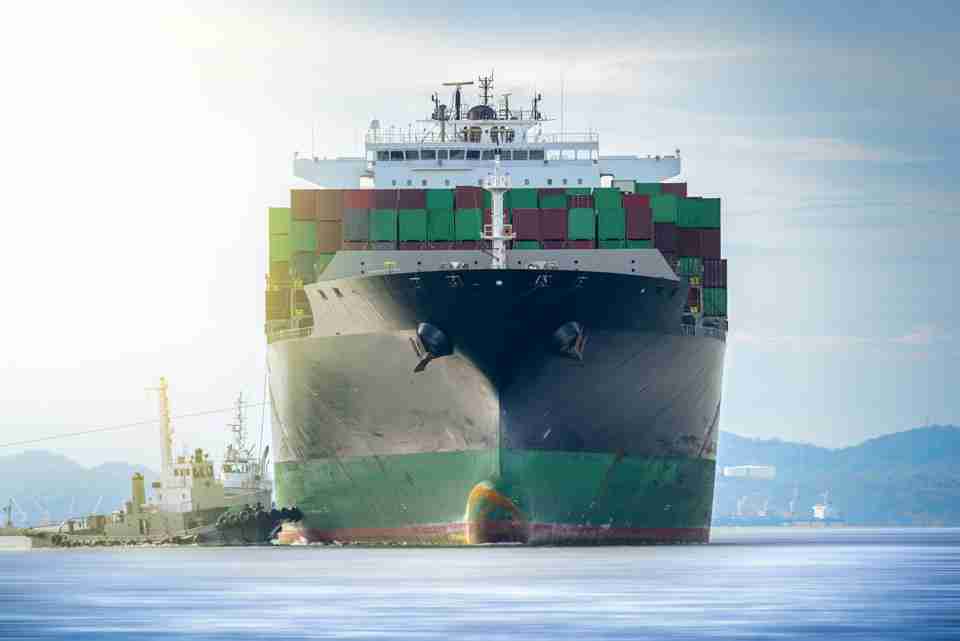 The M.V. Yara Birkeland, scheduled for completion next year, will run trials with a small crew, and shift to remote control operation in 2019. The team expects the craft to begin fully autonomous operation in 2020.

In Finland, the Advanced Autonomous Waterborne Applications Initiative (AAWA) is a collaborative effort among a host of academic researchers, shipbuilders, and automation experts including Rolls Royce, Deltamarin, Finferries, and other firms. The €6.6 million project is on track to demonstrate proof of concept by the end of 2017.

The Alliance plans to unveil their first crewless cargo shipping vessel in 2021.

Intelligent automation, robotics, and advances in sensor fusion, night vision technology and lasers can be conveniently applied to seagoing vessels. Designers and engineers are refining these navigational and control technologies for maritime use, and working on the safest, most reliable and cost effective ways to combine them.

The Norwegian University of Technology is partnering with DNV GL Maritime, Rolls Royce and others to produce a simulation platform that will allow the creation of “digital twins.” A ship’s digital twin will show all of the attributes of a real ship and its systems from stem to stern, serving as a “virtual test bench” for the development of new breakthrough shipbuilding technologies.

Certain aspects of the project will be open source, enabling collaboration among virtually every stakeholder in a crewless ship project, from designers, manufacturers, and academics to shipyards and vessel operators and owners.

The cost of a containerized cargo shipping crew makes up about 44 percent of a vessel’s total operating costs. Eliminating those costs is a hefty advantage of the crewless approach; getting rid of human life support systems—heating, cooling, ventilation, and sewage—also cuts down a significant set of expenses.

Reducing the potential for human error will be a boon to the cargo industry, especially considering that it cost the industry the equivalent of $1.6 billion in liability insurance claims over the past five years. Global insurance carrier Allianz estimates that 96 percent of marine accidents can be attributed to human error.

MUNIN identified that foundering and collisions were responsible for half the total losses recorded from 2005 to 2014. They analyzed collision and foundering scenarios for their crewless concept vessel, and found that the risk of those events dropped by a factor of ten on a crewless ship, mainly because crew fatigue was no longer an issue.

Of the 85 large ships lost at sea last year, 30 were cargo shipping vessels.

The shipping industry is also facing a shortage of workers. Fewer young people are willing to take on the lonely and arduous work of being on a cargo ship crew, even though work on a well-supported ship can be lucrative.

Dealing with the Details 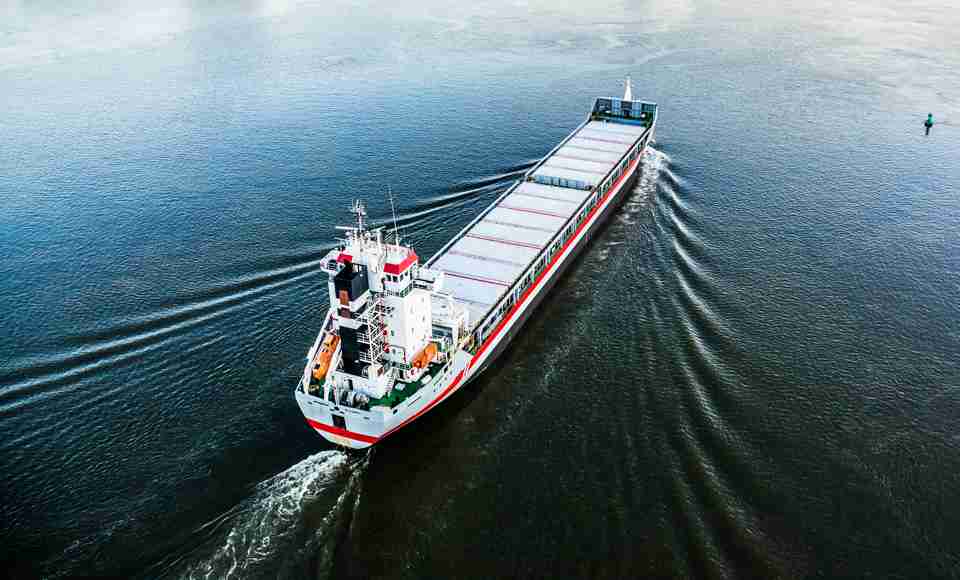 While it may seem that the biggest hurdle to be conquered in this new reality is technology, it simply isn’t the case. Relatively speaking, the tech is the easy part.

The excitement these landmark projects are sparking is tempered by the need for new shipping rules and regulations that must be put in place before any crewless cargo ship does more than a test run in the name of research.

Sorting through the maze of laws, treaties, and conventions that make up global maritime law would drive Neptune to stab himself with his triton. Jurisdictional laws as set by the United Nations Convention of the Laws on the Sea (UNCLOS) ended the centuries-old “freedom of the seas” doctrine, where maritime business could be conducted anywhere without limits.

UNCLOS defines the rights and responsibilities of its 167-member nations and states as it relates to the use of the world’s oceans. The UN has no operational role in the execution of the convention; the International Maritime Organization (IMO), the International Whaling Commission, and other organizations do the hands-on work.

And, just to add to the complexity, the U.S. never ratified the convention because of a disagreement with certain aspects of resource rights.

The IMO oversees rules relating to technology, safety, and watchkeeping standards, but as of now the group doesn’t permit the operation of crewless ships. Issues such as ship owner civil liability for cargo losses, pollution, and the impacts of foundering and collisions are governed by international law.

In their final report on the project, the MUNIN group was upbeat about the regulatory tangles to be sorted.

“Provided that there is reasonable certainty that the unmanned ship can operate at least as safely as a manned ship, in all its functionalities, there is no reason to think that the legal framework cannot be adapted to allow autonomous vessels in maritime transport,” it said.

Cyber security and piracy pose a set of compelling concerns to be dealt with before putting unmanned cargo vessels into oceangoing service. As with any industry embracing the IoT, the potential for mayhem caused by hackers is a primary worry for shippers. Security analysts warn of the potential for cargo and ship losses that could cost billions.

While some enthusiasts minimize the threat of piracy given the sleek, deckless designs that make ocean boarding nearly if not impossible, cyber piracy is a deep concern, as is the security of semi-autonomous vessels that may have extremely streamlined onboard crews.

Claims analysts at Allianz caution that pirates are already exploiting holes in marine cyber security systems, but that attacks may be under-reported to avoid unsettling jittery investors.

“When reports of attacks do surface, details are usually vague, making it extremely difficult to gauge the headway the industry has made in strengthening online security,” the report notes.

From Futuristic Fantasy to Commercial Reality 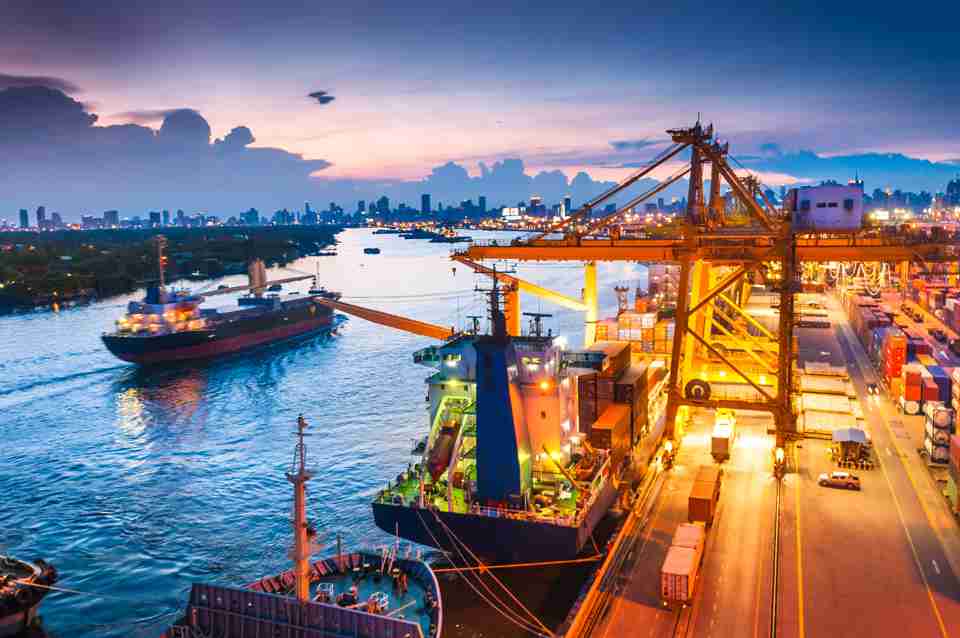 While crewless cargo ships may not be heading over the ocean tomorrow, they will be a vital part of trade in the approaching decades. Shipping firms must put considerable time and effort into determining where fully autonomous vessels can be most usefully and safely deployed.

Technological advancements, such as 24/7 remote vessel monitoring, will enable crewless cargo ships to be part of increasingly autonomous supply chains. Companies will be able to see their entire fleet in real time and optimize their performance and revenue generation capabilities.

Without the burden of managing an onboard crew, firms can move goods much more efficiently. The development of predictive maintenance technologies will conquer concerns about machinery failure at sea, and new safety standards will protect valuable assets.

In addition to reduced fuel costs, the advent of autonomous ships brings with it an opportunity to reduce the impact of environmental damage; currently, 2.5 percent of global gas emissions come from maritime vessels.

The world has yet to see if the rewards will outweigh the risks of reinventing the maritime cargo shipping industry, but we may get our first look at the emerging new world in 2020, when Yara International and its partners launch the first electric autonomous cargo ship ever built.

The M.V. Yara Birkeland will replace the trucks the company currently uses to move fertilizer from a manufacturing plant to distribution ports. Shifting to sea travel will eliminate several sources of environmental pollution such as noise, dust, and CO2 emissions. The container ship, which will operate in coastal waters, is expected to eliminate up to 40,000 diesel-powered truck trips a year.

With the global cargo industry on trembling sea legs, advancements that solve their most burdensome problems such as a dwindling workforce, overcapacity and increasingly strict environmental laws will provide much-needed stability.

No doubt skeptics will continue to rail about the rough waters ahead. However, just as aviation companies have overcome difficult issues around technology, safety, complex jurisdictional laws, environmental concerns and other risks, so will the courageous pioneers in the cargo shipping space.