How fast is warp speed?

Where we stand on an effective COVID-19 vaccine

Where we stand on an effective COVID-19 vaccine

Finding effective treatments for COVID-19 and following medical advice on social distancing and wearing masks in public is one thing. But to really put the disease and its effect on daily life in the history books instead of the news requires an effective vaccine. Developing herd immunity without assistance could take a long time, and even then subsequent generations could be vulnerable to COVID-19 and periodic breakouts might plague humanity. Even in Sweden, which chose to avoid shutdowns, building herd immunity is “surprisingly slow,” according to state epidemiologist Anders Tegnell. Given that the entire world is deeply affected by COVID-19, resources and effort are going into developing a vaccine at a faster pace than any other in history. Once one proves effective, vaccine availability is the next giant hurdle. 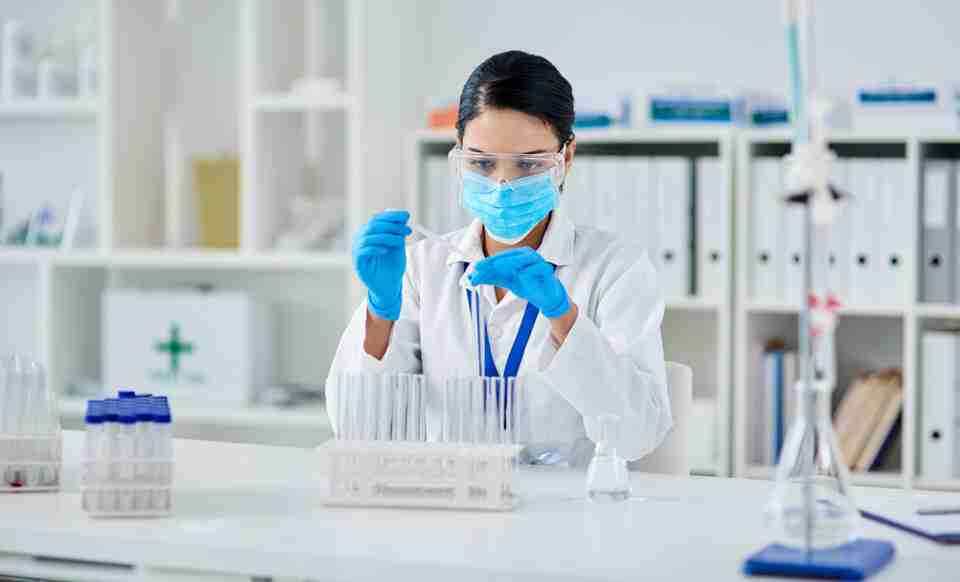 It can normally take 10 to 15 years to develop a vaccine against a given infectious disease. After decades of research, there is still no vaccine against HIV. The Ebola vaccine Merck developed in four years is one of the fastest on record. However, HIV, Ebola, and other diseases don’t have the same everyday impact on huge swaths of people in developed nations the way COVID-19 does, and they don’t disrupt the world economy to anywhere near the same extent. So the imperative for a COVID-19 vaccine is much higher. Governments are eager to invest in one because solving this problem solves a lot of other problems.

There is reason to be cautiously optimistic. Moderna’s mRNA-based vaccine is set to enter Phase 3 trials in July, with the company trying to recruit 30,000 participants in the US. Whereas traditional vaccines involve injecting weakened or dead virus into subjects, RNA versions create a synthetic that mimics natural viral infections. China-based Sinovac Biotech intends to conduct Phase 3 trials in Brazil in July using traditional weakened or dead virus methods. Should those prove effective, they could be approved and available in early 2021. AstraZeneca aims for Phase 3 trials in the US in August, with a Phase 2/3 trial already underway in the UK in partnership with the University of Oxford. Johnson & Johnson’s Janssen Pharmaceutical Companies could put a vaccine in Phase 3 trials in September. Merck and Sanofi also have support from the US Biomedical Advanced Research and Development Authority (BARDA). Ideally, for wider vaccine availability, more than one of these or the 100-plus development programs will pan out. Finding something that works is one thing. Getting enough doses for billions of people is quite another. 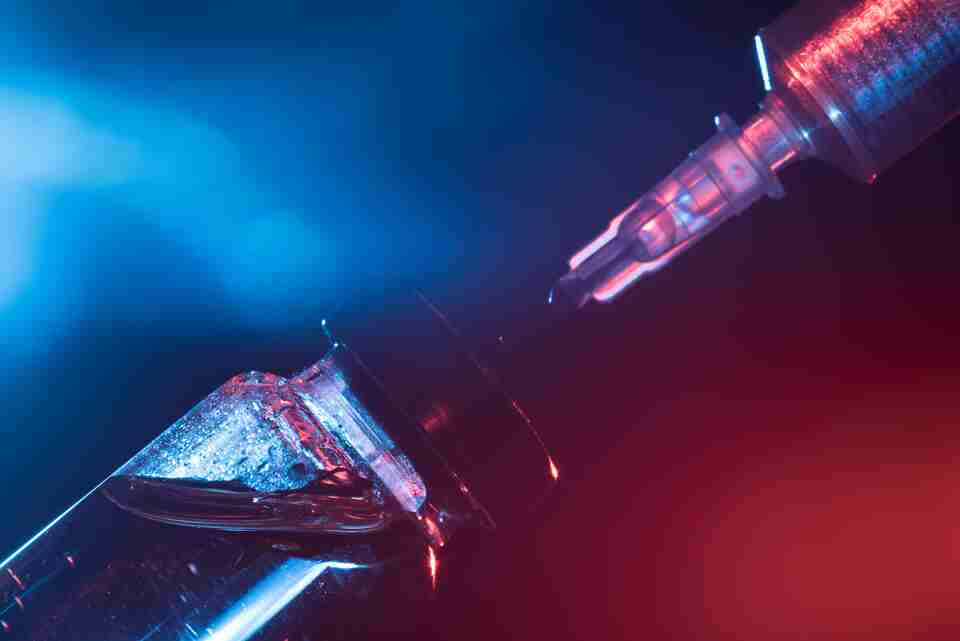 The day a vaccine is approved, there will be much rejoicing. Then the real work will begin. Global distribution will take time and depending on which country’s pharmaceutical company wins the race, could be fraught with political stumbling blocks. No matter how wide the geographic spread, the first groups of people who will get a vaccine will be elderly people and essential workers. Getting the world back in full swing might require as much as 80% of the population being immunized. That means billions of doses of vaccine, perhaps more than one for every person on Earth since more than one round could prove far more effective.

“There is no one company in the world who has a manufacturing capacity to supply the planet,” Moderna CEO Stéphane Bercel told Barron’s. “And we need those because we have to vaccinate a lot of people to stop this public health emergency.”

What companies can do to start the real work before approval is manufacture at risk. It’s called that because it’s, well, risky. Rather than make just enough doses for clinical trials, manufacturing at risk assumes success and makes as many doses as possible for immediate distribution. If the trial fails, those doses and a lot of money go down the drain. That’s especially risky for a company such as Moderna, which has yet to have any drug approved. On the flip side, a company that earns approval can immediately ship vaccines out, winning acclaim and a financial windfall. Scaling vaccine availability is a key factor in which trials BARDA supports.

“If we’re going to immunize 300 million people in the US—we don’t even do that with the flu vaccine every year—we need a lot of glass vials, we have to make sure we have printing supplies and paper to make the labels and package inserts, we need stoppers for the vials, and they all need to be made to a very high standard. All this in addition to the raw materials to the vaccine itself,” Vanderbilt Medicine’s Dr. William Schaffner told ProPublica. And that’s just for the US. That will need to be replicated the world over. 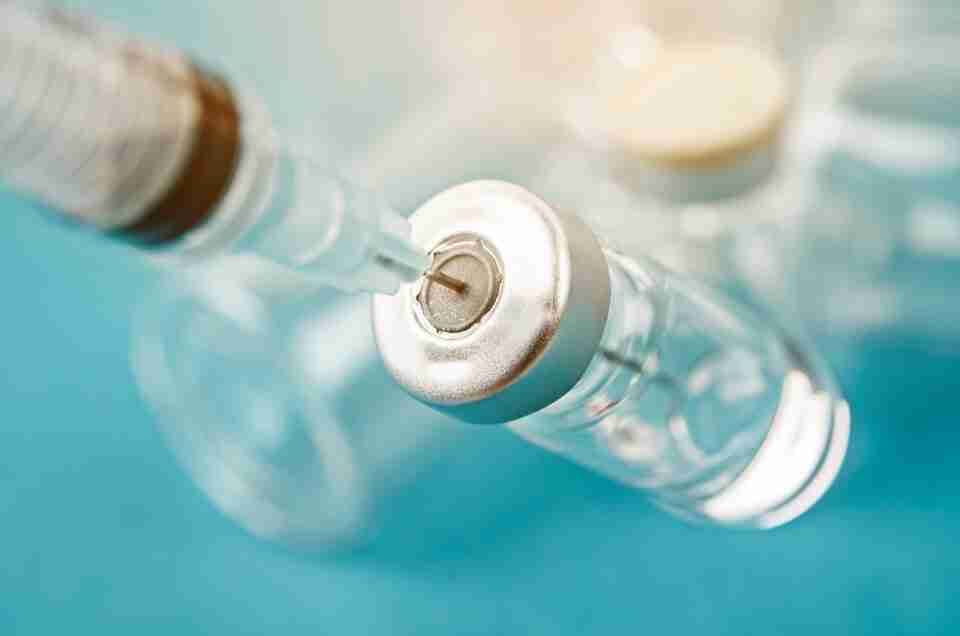 Literally billions of people are invested in quick vaccine availability, but among the most invested are the pharmaceutical companies developing them, investors in those companies, and politicians with an election coming up. There’s immense pressure to get to market quickly. Rushing can lead to an ineffective vaccine going out. That can lead to people who think they are immune contracting or spreading COVID-19 and another disaster. That would erode trust and could mean when an effective vaccine did come around, people would be hesitant to take it. There is already a vocal subset of the population staunchly opposed to vaccination. An ineffective COVID-19 vaccination could grow those numbers and stunt herd immunity.

A vaccine does not need to be 100% effective to be good enough. MMR vaccines check in in the 90s in terms of efficacy. Flu vaccines vary because the virus changes every year and manufacturers must make an educated guess prior to flu season. Even 70% would help immensely. And that could be either 70% effective in reducing illness or 70% effective at preventing infection.

Part of developing an effective vaccine is diversity in clinical trials. Genetics can play a significant role in how different people’s immune systems respond. Without diversity, a vaccine could be significantly more effective for people of certain ethnic and socioeconomic backgrounds than others. This is particularly important in the US given that African-Americans make up about 12% of the population but account for nearly a quarter of the country’s COVID-19 deaths.

Aside from RNA and traditional methods, what might prove most effective is a spike protein approach such as the one University of Pittsburgh researchers are spearheading. The spike protein of the novel coronavirus is what attaches to cell. If people’s immune systems can learn to recognize the spike protein they might be able to fight the virus off before it attaches and infects.

Once there is widespread vaccine availability, we probably still won’t know immediately whether a vaccine confers immunity for life or will need to be annual like a flu shot. But with so many of the world’s top medical minds at work on a vaccine, theirs is reason to be hopeful we’ll have one in record time.