Could the Sharing Economy Be the Key to Ending the Gender Wage Gap?

Women represent nearly half of the American workforce, and 40 percent of them work in management and related jobs. Despite this healthy representation in the... 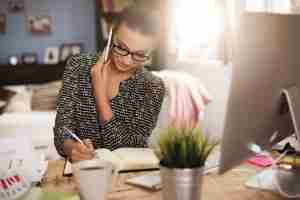 Women represent nearly half of the American workforce, and 40 percent of them work in management and related jobs. Despite this healthy representation in the labor force, the average American woman earns less than 80 percent of her male counterpart’s salary. This gap is even larger for black and Latino women.

The gender pay gap has persisted despite a host of initiatives to advocate for change. More than 50 years since the Equal Pay Act was implemented, the Institute for Women’s Policy research estimates it could take until 2056 to reach wage parity in America.

Globally, the World Economic Forum estimates it will take almost 120 years until the global pay gap between men and women is closed, despite a host of initiatives to advocate for change. Even Salesforce chairman and CEO Marc Benioff has addressed the disparity by announcing a $3 million initiative to close the gender pay gap just last year.

This pay gap affects women of all income levels and in all industries. Only last year, after learning she was paid less than her American Hustle costars, Jennifer Lawrence spoke out against the gender pay gap in Hollywood. 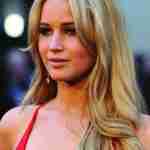 “Why do I make less than my male co‑stars?” – Jennifer Lawrence

The causes of this gap are hotly debated. Some suggest the reason for the inequality lies in women stepping off the career track, while others point to the fact that women don’t perform as well as men in salary negotiations. Whatever the reason, companies working within the sharing economy have found innovative ways of addressing the gender pay gap. Is it possible the sharing economy could help to close the gap and create a model for establishing equality in the workforce?

Flexibility and the Sharing Economy 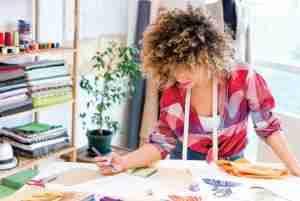 Today, 53 million Americans are now freelance workers, which is more than the total combined population of 25 states. Of these freelancers, 40 percent are women.

As an example, 55 percent of Airbnb hosts globally are women. In New York City, more than half of Airbnb hosts didn’t have a full-time job, showing the appeal of Airbnb to freelancers and part-time workers looking to supplement their income.

Etsy, which allows people to create and sell handmade and vintage items such as jewelry from the comfort of their homes, is another example of a platform women use to supplement their incomes, pursue their passions, and make a full-time living. Nearly 90 percent of Etsy sellers are women, and many sellers are parents with children at home.

Participating in the sharing economy allows women the flexibility traditional jobs do not, which makes it easier to supplement or increase their income, as well as provide a full-time living. Freelancing also appeals to millennials, the largest generation participating in the workforce today. But, there are other important ways companies in the sharing economy are leading the charge when it comes to narrowing the gender pay gap. 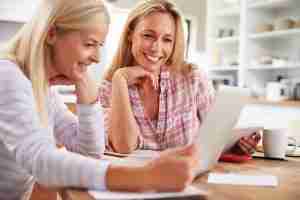 Pay transparency ensures everyone knows what their colleagues earn, and makes women aware if they earn less than their male counterparts.

Companies like social sharing app Buffer and analytics company SumAll have begun to make their employee salaries more transparent. SumAll records employee salary information in an online document that all their employees can see, while Buffer makes their employees’ salaries public. Such a step ensures pay is determined by merit and qualifications, rather than by asking for more or being friends with the boss.

SumAll maintains its emphasis on transparency has been part of its success and has spurred growth, leading to a higher staff retention rate than the industry average. Pay transparency isn’t only beneficial to women; it has also been shown to positively influence business practices like retention rate and growth. This makes it a win-win for employees of all genders and the company alike.

For companies that haven’t yet embraced such transparency, websites like Glassdoor and Payscale make it easy for people to anonymously report their salaries and conduct salary research. An app called Wagespot plans on taking this notion a step further by allowing recruiters to connect with people who may be interested in new opportunities or are underpaid in their current role. The Field Nation app gives freelancers the power to find work opportunities, set their own pay rates and receive insight into trends based on their geography, skillset, and price-ranges set by others in the industry, eliminating any gender bias in the amount freelancers are paid. 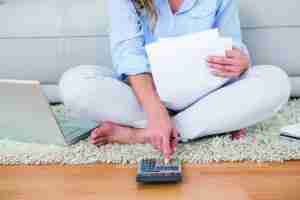 Data can play an important role in ensuring fair compensation. Xactly, a cloud-based sales and incentive software provider, used aggregate and anonymously analyzed sales data across its customer base to examine pay discrepancies between men and women. Through this process, they found that among their customers, female salespeople met their quotas three percent more often than male salespeople, but were paid less.

This realization prompted Xactly to examine the data for their own salespeople, which led them to discover a small number of sales representatives, both male and female, were being paid unfairly. They corrected the imbalances in Xactly’s salaries, showing their commitment to fair pay.

Information is power, and an informed workforce is one that can make sure it earns what it deserves.

Other companies go beyond publishing salary information and share data on how those salaries are determined. Buffer published the formulas they use to calculate employee salaries, saying it builds trust among their team and creates an open workplace culture.

This move also eliminates the need to conduct salary negotiations, which, as discussed, tend to favor men.

“One of the most relieving things about making salaries transparent at Buffer was that we haven’t had a single salary negotiation happen,” Buffer’s CMO Leo Widrich said. “… men tend to often be more aggressive and negotiate harder, and partially because of that, end up with higher salaries. Telling women to be more aggressive like men doesn’t seem like a great solution.”

The sharing economy is revolutionizing the way work is done, and it’s no surprise it is leading the way when it comes to finding innovative solutions to narrow the gender pay gap. Hopefully more employers will follow these examples to find ways of accommodating worker’s desire for flexibility, ways of instituting pay transparency, and ways to institute salary formulas that are based on merit.