The Long and Grinding Road 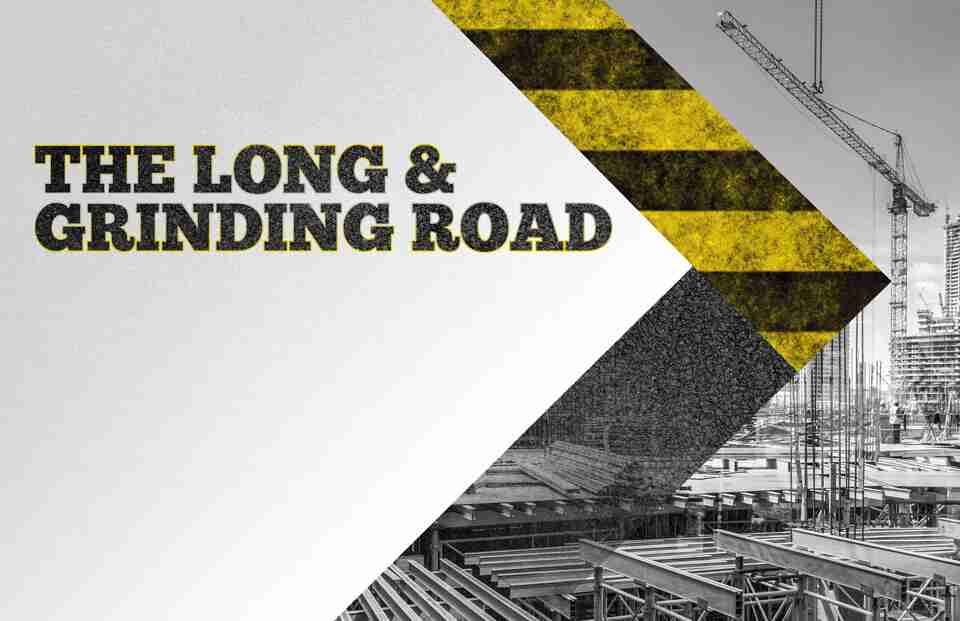 Icarus would have an opinion on where the construction industry finds itself these days. It was soaring nicely until the fireball that is COVID-19 burned up the hard-won gains: in Q1 2020, it contributed over $900 billion to the national economy and by February employed 7.64 million people, scaling heights not reached since 2008. By year’s end the industry had shed $60.9 billion in GDP and around 1 million total jobs. Two years of GDP growth and four years of better job numbers vanished in a flash.

In December of last year the BLS reported an uptick in unemployment in the sector from 4.4% to 7.3% over the same period in 2020. Trade group Associated Builders and Contractors sees the rough road ahead as slightly smoother than other industries will face. “After many bumps and bruises, construction has proven to be one of the better performing sectors of the economy over a difficult period,” said Bernard M. Markstein, PhD, president and chief economist of Markstein Advisors. “Overall, as of September, about half of the states suffered from construction job losses, while work in several areas remained steady.”

In the Dodge Data & Analytics 2021 construction forecast, chief economist Richard Branch described the road to recovery as “slow and jagged and fraught with potential potholes.” The analyst firm predicts that after dropping to $738 billion, total construction starts may only recapture 4% this year. In 2021, it’s all about slowing the downward slide.

Dodge foresees that consumer confidence will improve as the year goes by and increasing numbers of the population get vaccinated, but how much actionable confidence there will be is unknown. Given surging post-holiday hospitalization rates and the failure of Operation Warp Speed to deliver on its mandate to have vaccinated 20 million Americans by the end of 2020, that improvement is certain to be shallower than predicted. 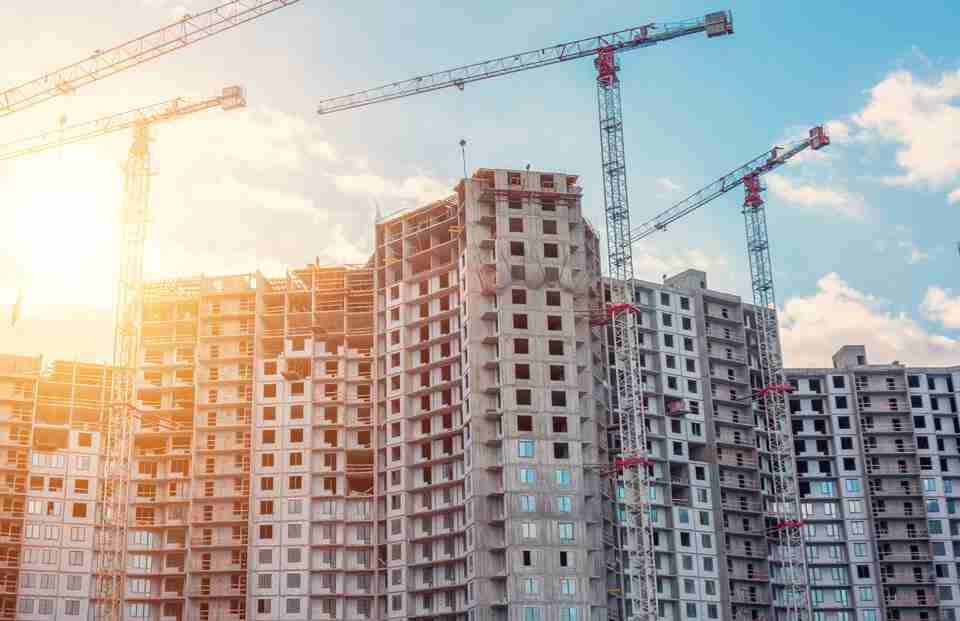 In 2020, only 30% of American metropolitan areas added construction jobs.“Construction employment is likely to continue falling in many parts of the country unless Congress quickly passes new coronavirus relief measures,” said Stephen E. Sandherr, CEO of Associated General Contractors of America, who provided the jobs analysis. “Boosting infrastructure projects, preserving the benefits of the Paycheck Protection Program, and protecting businesses from predatory attorneys will help stabilize the economy and demand for construction.”

While the dollar value of single family homes is expected to rise 7%, the multifamily sector will decline in dollar value by about 1% as a result of falling rents and a glut of large-scale projects in metro areas. Commercial building is expected to fare better, with warehouse construction on the rise to meet the needs of e-tailers, data centers remaining a necessity to keep pace with life in the digital age, and the office segment putting money into renovating existing spaces.

The AIA Consensus Construction Forecast, which aggregates data from Dodge, Moody’s Analytics, IHS, Wells Fargo, and other financial analysts, shows overall spending rebounding from a 2020 loss of 8.1% to a loss of 4.8% this year. 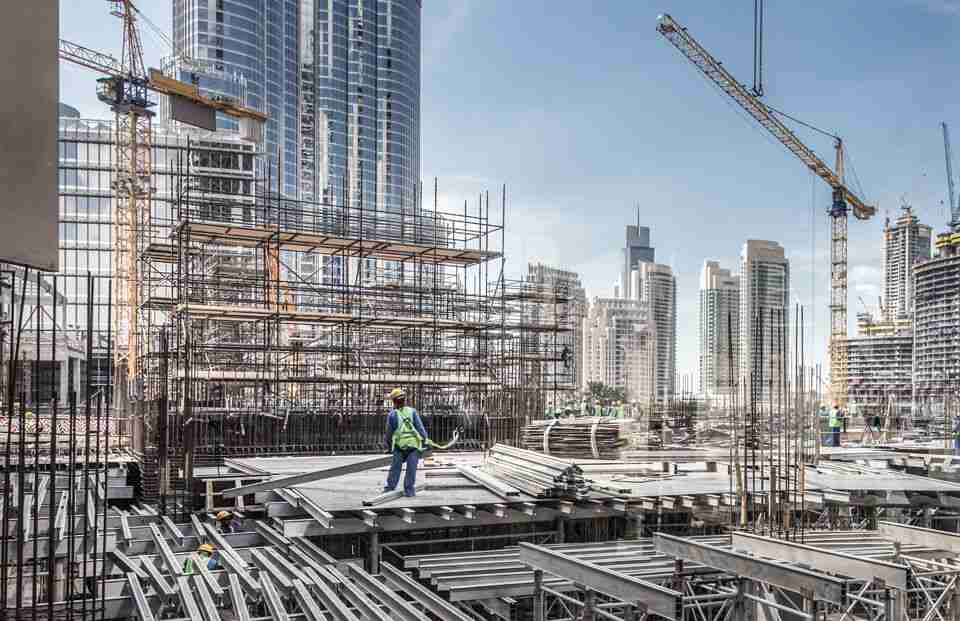 Within the AIA forecast, only two sectors had numbers in the plus column: healthcare, gaining eight tenths of a percentage over 2020 for a 3.2% positive change. “One wild card is the long-term trend toward telemedicine, and whether that will continue to be a popular alternative to in-person care. Health care spending is projected to increase over 2% (in 2020) and another 3% next,” they noted.

Public safety spending is expected to see gains of 2.5% on the heels of a 15.6% boost in 2020. Keep in mind that 40% of all public construction spending in 2020 came from prior year backlogs, and that public safety projects only accounted for about 3% of total public project spending. Public works projects are likely to stay flat in 2021. Other flat sectors include retail, hotels, and manufacturing.

Eventually, building retrofits will help support construction and design firms. “However,” the AIA warned, “there are also a set of downside risks that could further delay a stronger economic recovery: a much longer timeline to bring the pandemic under control; the need for new business models; growing evictions/defaults/bankruptcies feeding into a more traditional demand-driven recession; and growing trade tensions.”

Writing in Construction Analytics, forecaster Ed Zarenski posited, “A recent AGC survey of construction firms asked, how long do you think it will be before you recover back to pre-COVID-19? The survey offered ‘longer than six months’ as an answer choice. Less than six months was the right answer for residential, but my current forecast for full recovery of nonresidential buildings work is longer than six years.”

Pandemics force progress, and for construction technology companies that’s good news. JLL found that three years of adoption has been compressed into nine months. “To keep job sites open and projects running, construction tech has been used to enable virtual inspections, connect remote project teams to workers onsite, monitor social distancing, and many other innovative use cases,” they reported. “Although construction tech played an emergency role this year, the higher levels of tech adoption caused by the pandemic are here to stay and will lead to continued growth in the industry for the years ahead.”

Widely-used BIM and CAD tech, as well as AI and remote collaboration programs will form the foundation for continued adoption, with drones and modular construction becoming more popular.