Congratulations on Your Promotion to Manager! Now What?

Developing a leader’s mindset: From individual contributor to new manager

Developing a leader’s mindset: From individual contributor to new manager 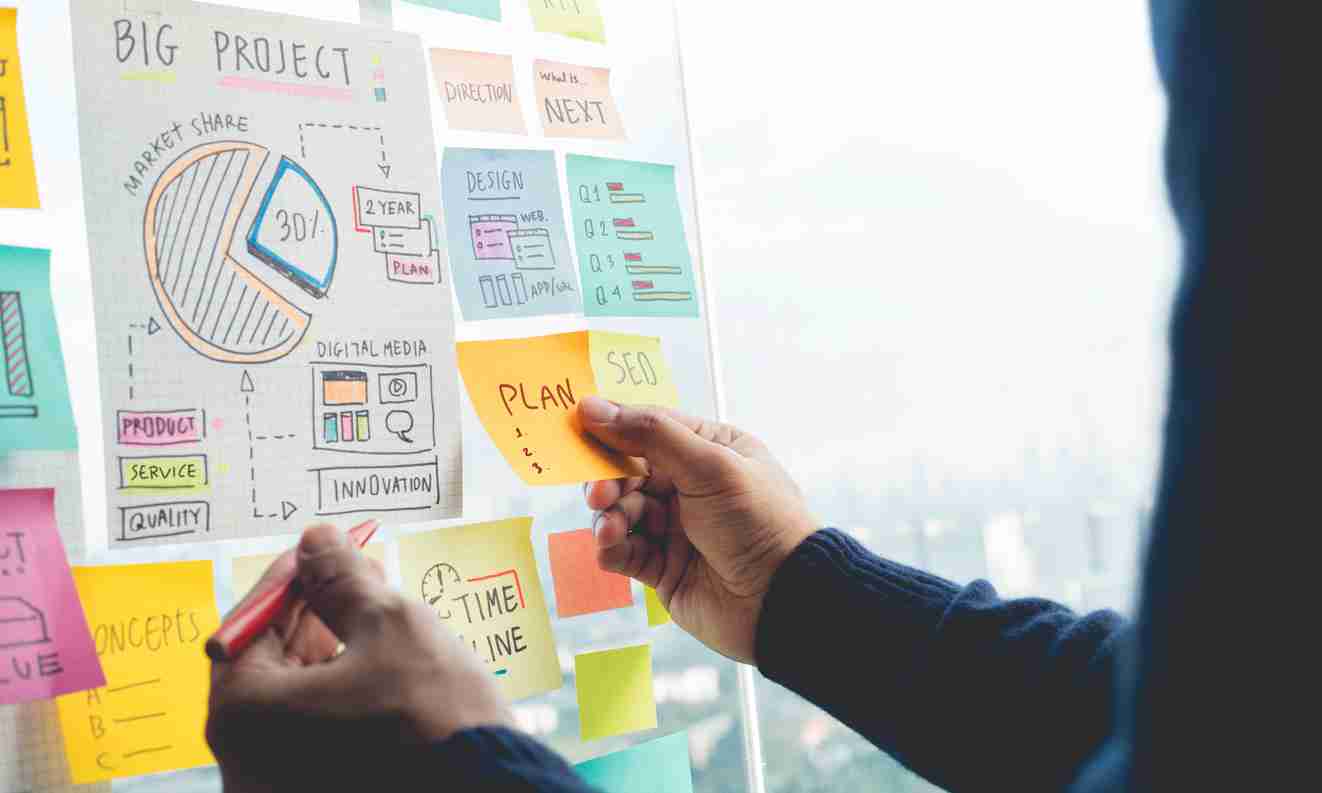 Congrats on your promotion to manager! You did it. But don’t settle in yet, because one of the most difficult transitions that you will ever make is that of moving from your role as a highly successful “individual contributor” to your new role as “manager.” There’s definitely a new mindset that has to occur when a high-performing, driven and very successful person, such as yourself, is promoted into a leadership role. It’s unfortunate but true, that the approach and paradigms (mindset) that made you so successful as an individual contributor will not necessarily make you successful as the new leader of a team.

In Gallup’s bestselling book, Now Discover Your Sales Strengths, the authors highlight the dilemma that high-producing salespeople face when they are “rewarded” by receiving a promotion to be a sales leader. The strengths they perfected as an individual sales person most often include a strong sense of competition, a need for recognition and praise, and sometimes a zero-sum game mentality – I win; they lose. While these skills are great for winning on the individual scoreboard, they aren’t as helpful to a sales leader who must nurture, coach and successfully lead a team. Regardless of the industry or profession, every new manager faces this dilemma, whether the promotion is from teacher to principal, server to restaurant manager, or physician to chief of medicine.

When you leave your old title behind and you become a leader of a team, you also are required to leave behind some of the very skills and the mindset that made you so successful as an individual contributor – yes, those skills which got you the promotion. And, if you have a wise manager, he or she will sit down with you and have a conversation with you about the strengths which got you the promotion. But he or she will also have a courageous discussion with you about what skills you need to have if you are to be successful as the leader of a team. And, a wise manager will also encourage you to develop a leader’s “mindset.” And, to develop that mindset, you must have a mindset shift.

A mindset shift can definitely be challenging, as you might not even be aware of your existing paradigms (the way you see the world and yourself). It’s true that it is your behaviors (what you do) that drive the results you get. But more importantly, what ultimately shapes those behaviors are your paradigms. So, if you in your new role as team leader rely solely on the paradigms and behaviors that made you successful as an individual contributor, you may not generate the optimal results that you desire as a manager and leader of others.

The workforce is filled with real-world examples of this dynamic at play. Carolyn was a highly successful, record-setting salesperson. And when a sales manager position opened up, her leader was anxious to promote her immediately because she thought that Carolyn would easily transition from being a top producer to leading her entire team to exceed their sales numbers. Unfortunately for Carolyn and her team, that did not happen.  Instead of allowing her sales team to close a deal, she would immediately jump in and use her sales skills to close the deal. After repeatedly doing so, her team failed to develop their own skills because Carolyn wouldn’t allow them to make mistakes and to learn from them.

So many new managers make this common mistake. Like Carolyn, they rely on their individual contributor skills to solve problems, and in the process their team fails to learn and grow. They may be so focused on helping to get the sale, that they forget that it’s their team that needs to get the sale. In their role as manager, they are the coach not the player. And, as a result, they eventually lose the trust and respect of the team.

When you become a leader, your definition of results changes. When you were an individual contributor, your results were the work that you did. But as a leader, you’re responsible for the results of everyone on your team. Now, you have a different set of responsibilities: encouraging and coaching the team so that they hit their sales goal, as well as inspiring them and helping them to grow, learn and become better at sales and at leading. Now that you are a leader, your people are your results! Your job is to discover the talent, coachability, and potential of every person on your team. You are to learn who can or can’t rise to the occasion. And, if they can’t, you are the leader who will challenge and inspire them to a new level of results and contribution.

As for Carolyn, it took time for her to change her mindset from that of individual contributor to team leader. She realized that her team would make mistakes and that some sales might be lost. However, she was patient and resisted the urge to jump in and save the day when mistakes were made. As a result, the team learned from their mistakes. She then followed up with appropriate feedback, coaching and held 1-on-1 meetings. She provided a vision for success and encouraged and inspired the team. They became more self-assured and confident, which led to higher sales and greater success. She changed her mindset from that of “individual contributor,” to “manager.”

Like Carolyn, when you challenge your mindset, you can make lasting changes to your actions and your results. And, when you do, you can influence those on your team to do so, as well.

In order to better understand how you can effectively transition to your new role, what may be helpful is for you to talk to other successful leaders about the mindsets they had to leave behind when they transitioned from individual contributor to leader. What new beliefs did they adopt that have helped them? What can you learn from them? And, if all else fails, ask your team. They may offer you invaluable information that will help you to lead them to success.

As Dr. Stephen R. Covey taught, if you want to fundamentally change your results, if you want long-term sustainable impact, you have to challenge your mindset. 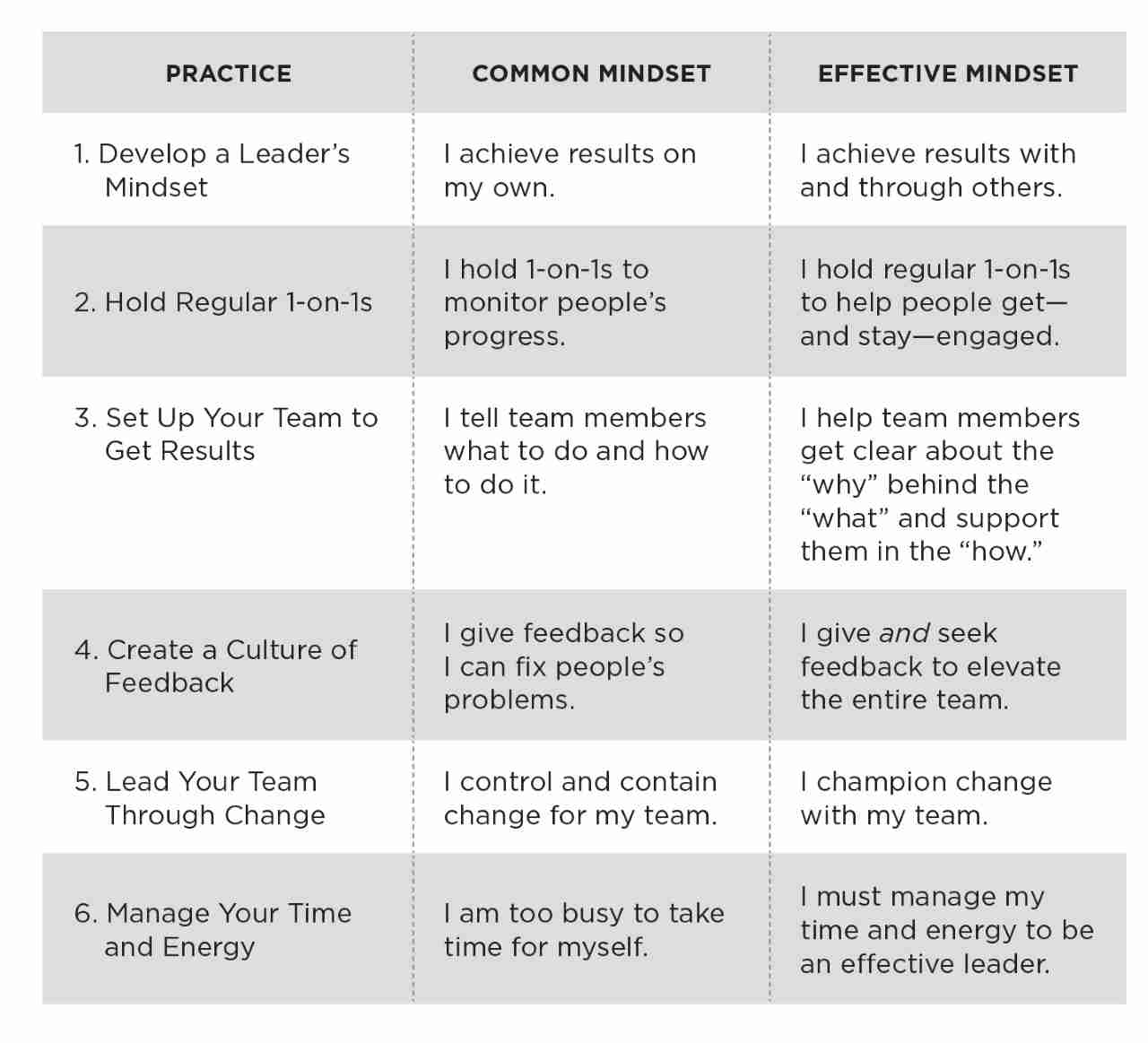 If you have the common mindset of achieving results on your own, as a manager, it’s important to accept that your work isn’t just about you anymore. You earned this promotion because you performed superbly. And now, it’s about your team!

Scott Jeffrey Miller, FranklinCovey’s EVP of Thought Leadership, is the author of the new book, Everyone Deserves a Great Manager: The 6 Critical Practices which is available for preorder. Visit www.EDAGM.com.