Different Roles in the Common Goal

When a company and its surrounding community have aligned goals for the region, a comradery emerges in an arena that often doesn’t see true partnerships. Although the Comstock Lode region—in the Virginia mountain range in Nevada—was slow to warm to Comstock Mining, the community, this company, and the foundation it created (The Comstock Foundation for History and Culture) work together to sustainably mine the region and preserve the history and landscape that has been so important to both the American and global mining industry since the 1800s. 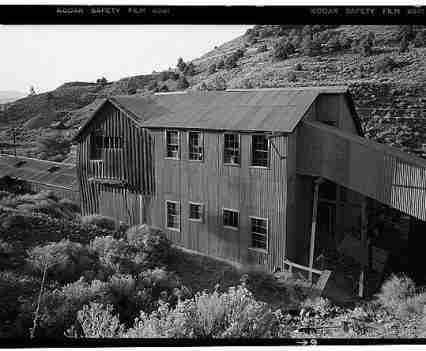 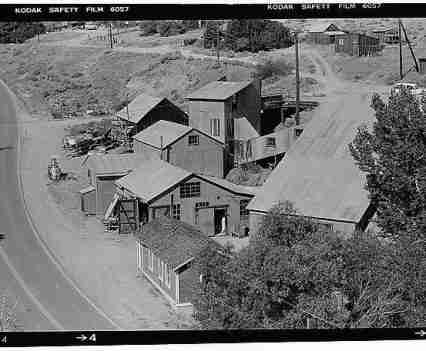 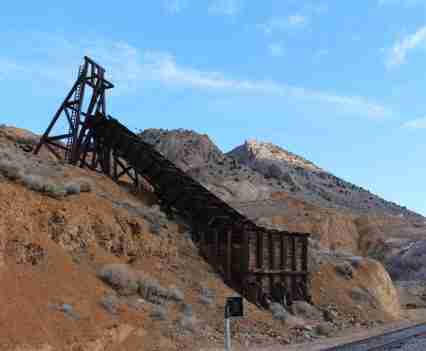 History of the Comstock Region and Comstock Mining

In 1859 the U.S.’s largest deposit of silver ore—the Comstock Lode—was discovered in the Virginia Range. The region is known for launching the fame of the Four Silver Kings, Mark Twain, and famed San Francisco mayor and Comstock Renaissance man, Adolph Sutro, among so many others, and producing the purest silver in the world. The Comstock Lode is notable not just for the immense fortunes it generated and the large role those fortunes had in the growth of Nevada and San Francisco, but also for the advances in mining technology that it spurred, such as square set timbering and the Washoe process for extracting silver from ore. Several different mining companies have laid claims in the area over the past 150 years and have also laid waste to portions of one of the most profound segments of U.S. mining history.

With the idea to consolidate these vast, disparate mine claims into one company, Comstock Mining began business 13 years ago. Now with almost 10 square miles of land, hundreds of claims and two significant, established resources, Comstock Mining is in its third year of production with its Lucerne Mine and deeply into the process of exploration drilling and development of its high-grade targets.

Although the common approach to exploration drilling and mining is to drill and develop as many potential targets as possible as fast as possible, Comstock Mining has focused its development on a very small part of its land position, and is committed to reclaiming and restoring the territory concurrently as it drills and mines sections of its property. The company has produced around 20,000 ounces of gold a year and about 250,000 ounces of silver per year, well below what many expect a mining company to turn over. Because he seeks to have his company grow at a measured, profitable pace, Corrado De Gasperis, President and CEO of Comstock Mining, identified a more important reason to operate on this moderated level.

“There’s a pervasive distrust of industry, particularly mining, in this region,” he said. “That’s why Comstock Mining has established a culture that genuinely cares for this community, and is dedicated to preserving its history and developing our mines responsibly. We needed first to prove to the community that we would mine responsibly, albeit on a smaller scale, and we have, before we were recently allowed to expand our permits.

“But we also don’t ever want to create scarcity, in other words to take from the land without a plan for restoration,” said Corrado DeGasperis, President and CEO’ of Comstock Mining. “We know that when we are drilling a hole or disturbing land for a haul road or mining, that we can’t take from the land in a way that diminishes the territory. There must be a net, sustainable benefit to the community. The reclamations and restorations may not look exactly the same, but we are committing to plans that leave the land in better condition after we restore it. We’re committed to not harming the territory, helping preserve and restore the historic buildings on the property, and reclaiming the land that has been scarred by this industry.”

This company-wide philosophy of sustainability, that every transaction, interaction, or activity creates wealth or benefit and not scarcity, is one of the pillars of the business. The other two—avoiding a big rigid hierarchal structure by operating systemically as one team, and considering all stakeholders as key components of that system and continuously planning, checking and looking for breakthroughs outside of convention—contribute to a pervasive culture of caring not typical in the mining industry.

In 2013, Comstock Mining took this level of care a step further by establishing the Comstock Foundation for History and Culture. The Foundation encourages the preservation and promotion of historic and cultural resources within the Virginia City National Historic Landmark District, and is dedicated to the acquisition, restoration, preservation, and maintenance of historic structures and objects; excavation of historic sites in collaboration with qualified individuals and groups; community outreach through advocacy and celebrations of the history of the Comstock and its Western Mining culture; and collaboration activities within the Comstock Lode District that support preservation and advocacy of historic resources.

There’s a pervasive distrust of industry, particularly mining, in this region. That’s why Comstock Mining has established a culture that genuinely cares for this community, and is dedicated to preserving its history and developing our mines responsibly. - Corrado De Gasperis, President and CEO

The Foundation was established with the help of, and still receives, a 1 percent Net Smelter Royalty (NSR) of Comstock Mining’s revenue to fund its preservation efforts. This was essential both to the success of Comstock Mining, which needed the subject matter expertise and dedication to ensure preservations of the historic sites and demonstrate its true covenant with the territory (and gain the hard-earned trust of the community), and the Foundation, which has only just begun to evaluate other sources of monetary contributions independent from Comstock Mining to fund its efforts.

Currently, the Comstock Foundation is in its early stages of existence. Pam Abercrombie, the new executive director of the Foundation, would like to develop new partnerships with other organizations and nurture the existing partnerships developed by the former director, including UNR, Nevada Historical Society, Mining History Association, among others. Developing strong and collaborative partnerships with other historic preservation organizations in the area is also important to establishing a strong foundation for the Foundation.

Virginia City is a living history of the past and the Foundation is not only helping to preserve this history but also contributing to this living history by celebrating it with events, conferences, and experiences that emphasize accurate history. In this process, it is bringing some of it back to life; in this way, The Comstock Foundation is also committed to encouraging the region’s tourism.

“A lot of economic sustainability is provided through tourism,” Abercrombie shared. “Virginia City is a highlight destination in Nevada, and the local tourism commission is getting more people to visit and enjoy longer stays, overnight. The Foundation is working with them to highlight the amazing, true history of the region, and invest to make sure more historic structures are open to the public.” 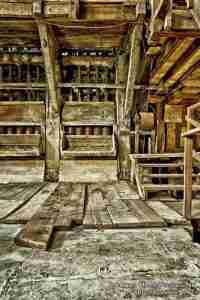 The Foundation is also working to preserve old mines and mills that are collapsing under the weight of the years. As the Comstock Foundation continues to advocate for the region’s history to be told, it also works on collaborating with other organizations around the state with similar missions to its own. This community involvement gives the Foundation a larger reach and a deeper appreciation for the work it is accomplishing.

Preserving the Past for the Future
Abercrombie shared a personal goal for the future of both Comstock Mining and Comstock Foundation: one that aligns perfectly with the mining company’s pillars and the Foundation’s commitment to preservation.

“It’s a challenging goal, one that may take 10 to 15 years to complete through the Foundation, but we’re willing to put in the work,” she shared. “There is a large open pit that was left by an irresponsible mining company several years ago; it is one of the gouges to the beautiful landscape here that has instilled a negative perspective towards mining in the District.

“I want to somehow have this area reclaimed or restored: I want that to be a part of the legacy of this mining company and foundation. Doing so would make huge strides to overcome the negativity that is levied at mining companies in the region. As long as Comstock Mining and the Foundation continue to prove to the people in this community that we truly care for this land, anything is possible.”

We are committed to:

The Comstock Foundation encourages the preservation and promotion of historic and cultural resources within the Comstock Historic District. 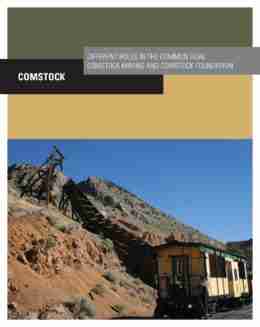