Innovations in the compressed air energy storage market don’t happen often. That’s why Terra by Hydrostor is such a big deal.

Innovations in the compressed air energy storage market don’t happen often. That’s why Terra by Hydrostor is such a big deal. 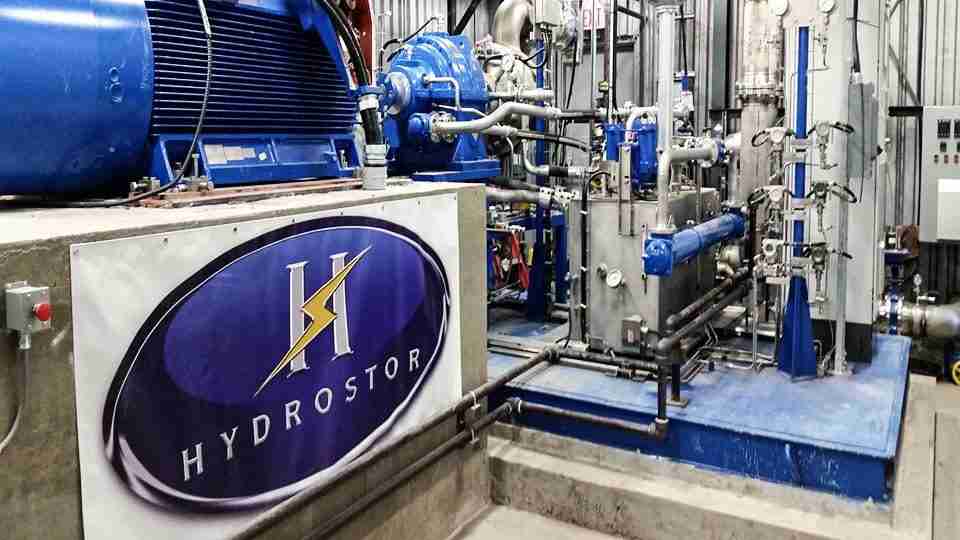 Updates in the compressed air energy storage (CAES) market are hard to come by. Although the technology was proven viable years ago, actual utilization hasn’t occurred for a number of reasons. Geology, however, is the biggest culprit.

This doesn’t mean several organizations haven’t tried pursuing the technology. The reality is, however, that lithium-ion batteries have a majority of the energy storage market on lockdown.

But Hydrostor, the advanced compressed air energy storage company based in Canada, is putting its money on a proprietary solution to shake up the market: it’s called Terra.

While a small industrial building is the only visible footprint Terra leaves, the underground grid-scale, long-duration storage asset could have a huge impact on the market in the relatively near future.

The President and CEO of Hydrostor, Curtis VanWalleghem, wants Terra to be used to offer cheap grid electricity and discharge when needed, and perform transmission decongestion and renewables integration roles.

Is all of this a little over your head? No worries. Here are six aspects of the Terra tech that you need to understand.

The New System is Already Bankable

With $10 million in equity, around $10 million in government grants, and revenue from its first project in Ontario running another $10 million, Hydrostor has laid a strong business foundation before officially launching Terra.

But this on its own is not enough to attract the big-ticket clients away from reliable lithium-ion storage. To prove they not only had the resources but the reliability, Hydrostor partnered with a couple industry leaders.

AECOM joined forces with the company after an extensive review of operational data from the pilot project and market analysis. What’s more, this multi-billion dollar company has guaranteed Terra’s projects for over 30 years. The lifetime of a lithium-ion battery is a fraction of that.

Canoe Financial, a privately owned investment manager, has committed to project financing. The backing from both firms makes the Terra projects financially bankable.

That’s crucial for the kinds of customers the firm is courting: primarily large, traditional utilities.

According to GTM Research’s Q1 report, the average price for four-hour utility-scale systems is around $550 per kilowatt-hour. Prices will most likely continue to be high in the future, only dropping by a hundred bucks by 2019.

But according to VanWalleghem, Hydrostor’s Terra project can deliver more time—six to eight hours—at an installed basis of $150 per kilowatt-hour. That’s a heck of a lot lower than current or projected future prices in the industry.

It Could Give Lithium Ion a Run for its Money

If Hydrostor’s price and durability is to be trusted—and with AECOM backing the latter half of that statement, it should be trusted—there’s a possibility that Terra and other projects like it can take some of the market share of the CAES market.

There are Zero Emissions

The only emission from Terra is harmless: air.

Facilities that utilize more traditional CAES technologies burn natural gas to heat cold air as it’s pumped back out of the system. Hydrostor upgraded the system to make sure it operated clean and was self-contained.

Thermal storage catches the heat and saves it for use when the system discharges. This process has allowed Hydrostor to offer Terra installation in urban settings. 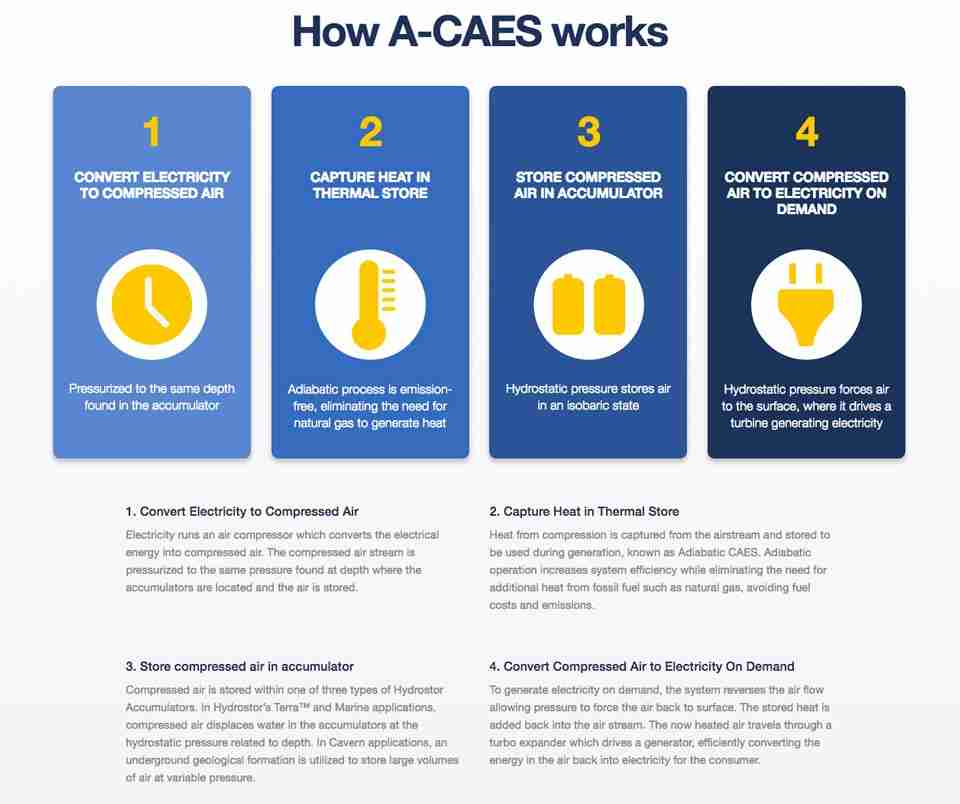 Coal-fired power plants that have been shut down have a surprising amount of things that CAES and Terra needs.

The large industrial site, as well as the powerful transmission connection and plenty of water, provide what Hydrostor needs to get a Terra installation up and running.

“We’ll be putting hundreds and hundreds of miners to work for many, many years,” VanWalleghem said. “We’ve got trained miners who are great at what they do, oil and gas companies that have perfected compressors. We just add a couple of bells and whistles to it—we don’t reinvent that other stuff.”

There Are Still Some Kinks to Work Out

The Terra solution is still very new, which means it isn’t perfect.

For example, Terra takes a few minutes to get up to full speed—a cold start to full power. Batteries, on the other hand, can respond in milliseconds.

The physical buy-in for Terra is enormous—and construction to full service could take two to three years. Currently, grid-scale lithium-ion systems can be deployed in about a half a year.

But given time, Hydrostor will work these kinks out. The company is currently constructing a project for Ontario’s Independent Electricity System Operator. It will attach its compressor array to an existing salt cavern.

This is the first fully realized commercial application of the Terra concept, and we’d put our money on it not being the last.