See the huge sustainable strides the build industry has made with retrofitting old buildings throughout the country.

See the huge sustainable strides the build industry has made with retrofitting old buildings throughout the country.

With financing scarce after the 2008 economic crash, new commercial construction in the United States nearly ground to a halt. Desperate to attract tenants, building owners put their own savings to use in retrofitting ventures.

Even today, retrofitting accounts for six in ten American commercial building projects, often targeting structures among the half that were built before Reagan took office. Despite this striking interest in the retrofitting of existing commercial space, much of the effort so far has been a fairly superficial sort. Signs are accumulating, though, that ambitious projects that aimed at reducing energy usage by as much as fifty percent will soon become the norm.

An Economic Crisis Spawns a Drive to Remake Commercial Spaces 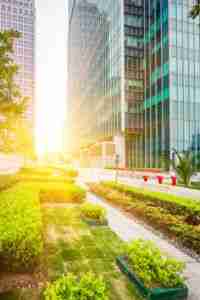 If building a new house from the ground up can be intimidating to contemplate, commercial work is even more daunting. A proposed office building or other commercial structure of tens of thousands of square feet or more can take years from ideation to opening, along with millions of dollars in funding.

In many cases, an older, existing building can be brought up to date in a fraction of the time and in much less expensive fashion. That fact became particularly relevant in the depths of the last economic recession.

With financing for new commercial construction having essentially evaporated, commercial real estate investors began using their own funds to spruce up existing properties with new fixtures, windows, and other image-enhancing improvements.

Along the way, they produced some gains with regard to energy efficiency, in addition to raising the market value of their holdings by what the U.S. Green Building Council estimates to be an average of four percent.

With this development well underway in the private sector, public-sector groups at several levels were doggedly pursuing a collective goal of their own. The Obama administration’s Better Buildings Initiative now counts over 750 partners among its ranks, along with more than $10 billion in energy-efficiency construction financing and at least $1.3 billion in associated savings in the five years since its inception.

The kinds of intensive, “deep energy retrofits” that Better Buildings and private groups like the Rocky Mountain Institute promote, though, can be tough to sell to profit-conscious commercial property


companies, as well as to those they depend on for financing. In the face of a nationwide commitment to cutting energy usage wherever possible, finding ways of leveraging the private sector’s acceptance of commercial retrofitting and taking it to the next level could become a powerful tool. 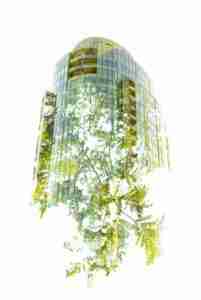 There are signs that the resistance is easing, thanks to some undeniable, concrete successes of this sort, along with innovative tools to enable them.

Drawing nearly $150 million from the American Recovery and Reinvestment Act, for example, the Rocky Mountain Institute led a 2010 project to conduct a deep energy retrofit of the Byron Rogers Federal Office Building in Denver. Although an ambitious initial goal of 70 percent reduced energy usage was not met, the 55 percent savings that resulted from the installation of chilled beam technology, solar water heating, and other features drew plenty of attention.

The Better Buildings 2016 progress update details a number of similarly positive results of recent years. At the 840,000 square-foot L’Enfant Plaza East in Washington, D.C., for example, a $9 million retrofitting investment yielded annual energy savings of over $900,000, cutting the office building’s usage by nearly a third.

At 1001 Pennsylvania Avenue nearby, a $2.8 million deep energy retrofit of a TIAA-owned office building of similar size is set to pay off in under four years, with an estimated 29 percent return on investment when all is said and done.

Traditionally reluctant to spend overly much on making over aging commercial properties, but encouraged by their less-ambitious successes of the post-recession years, owners are starting to come around. The U.S. Green Building Council projects that commercial property owners will invest almost a trillion dollars between now and 2023 into energy-efficiency retrofits, with client and market demand primarily driving the spending.

The fact is that relatively modest investments in older buildings can often be as rewarding, in terms of ultimate energy efficiency, as building green from the ground up. It can take anywhere from a decade to 80 years for the savings associated with a highly energy-efficient new building to pay off compared to an untouched older building of the same size, according to the U.S. Energy Information Administration. Retrofit that existing structure appropriately, and it can easily come out the winner even to the farthest of horizons.

This means that private goals of maximizing revenues and property values are increasingly coinciding with larger, public ones related to energy conservation, and doing so precisely in the domain of retrofitting. As innovative tools like Seattle Power and Light’s 20-year conservation-buying arrangement with the newly built Bullitt Center are more regularly applied to retrofits, this fruitful form of alignment will become even more common. The commercial retrofitting momentum that began with the last recession will thereby take on an even deeper and more positive character.