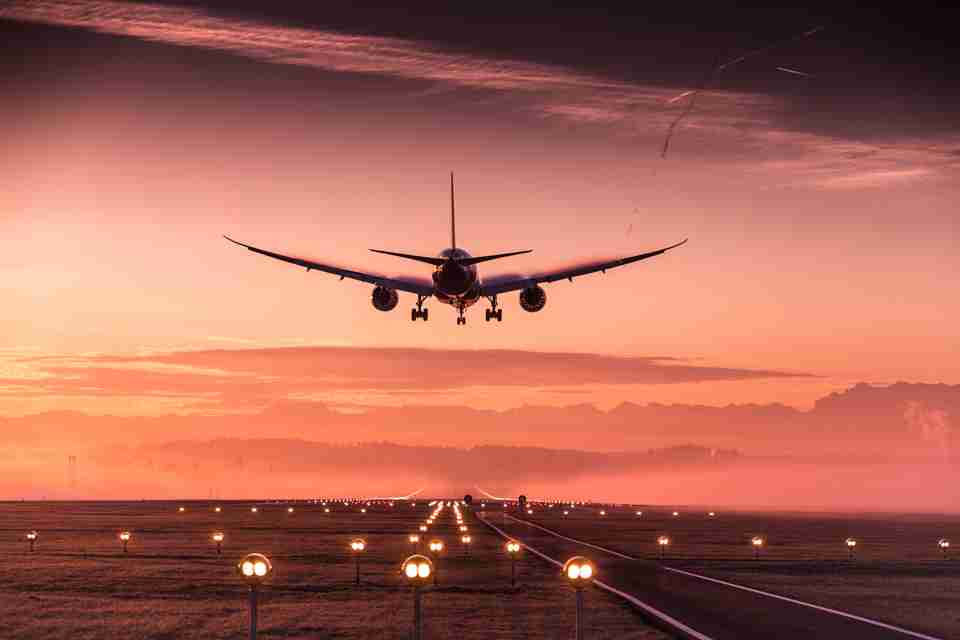 The commercial aviation industry is taking flight to a lucrative new destination: plowing inroads in passenger experience (PaxEx). The industry’s 500-pound gorillas—Boeing, Airbus, and Bombardier—are lightening up with new technologies designed to forever alter the horizon.

We’ve rounded up some of what we think are the most powerful, daring, and realistic new inventions coming down the runway, and some that are already in use.

This Isn’t Your Captain Speaking

The sight of the cockpit crew may bring comfort to the nervous novice, unaware that the pilots of today’s large passenger aircraft spend most of their time in the skies letting the autopilot do the bulk of the flying, including landings.

That’s not to say that the commercial aviation crew spends the entirety of a flight doing nothing as a consequence of these advanced avionics. The cockpit crew must monitor fuel consumption and weather conditions and be sure that all systems behave as they should, among various other responsibilities. Only time will tell if automation can fully replace the pilot and first officer; Boeing is working on that right now.

As part of a study to determine the safety, reliability, and realistic potential of pilotless commercial aircraft, Boeing is testing crewless commercial aviation, which will be followed by tests of their AI-based flight system in a simulator. Because a robot would have to make decisions that only human pilots could, Boeing will deep dive into the effects of machine learning, computer vision, and other AI tools on the decision-making process.

In a briefing at this year’s Paris Air Show, Mike Sinnett, VP of Product Development for Boeing, said that the biggest challenge is ensuring that autonomous flight is as safe as commercial aviation. 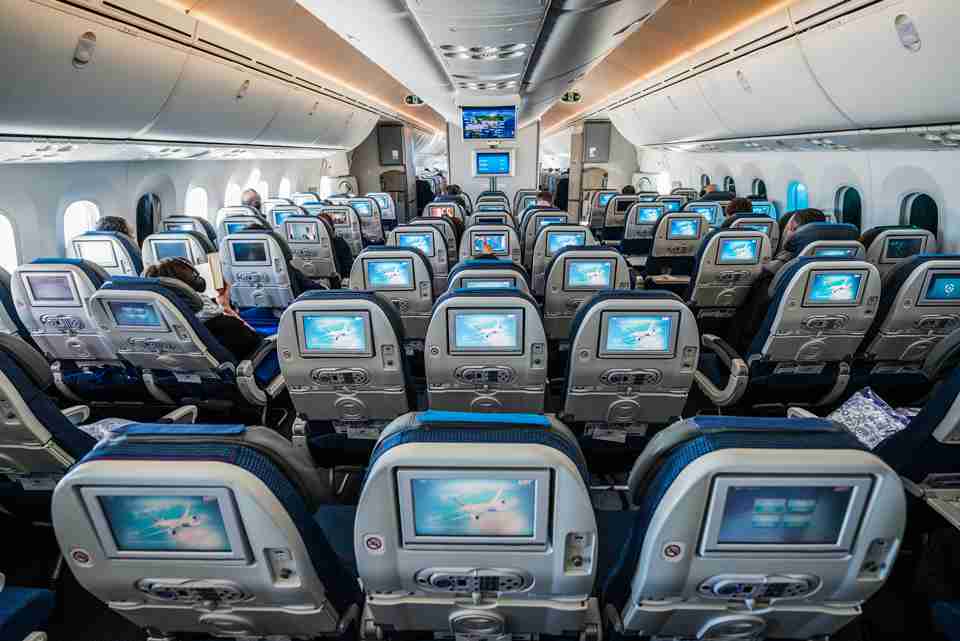 It’s been nearly 15 years since the legendary Concorde supersonic jet made its final flight. Despite its beauty, speed, and enduring reputation as the ultimate in luxury commercial flight, Concorde simply became too costly to fly.

The high price of fuel, a plunge in demand for international air travel precipitated by 9/11, and the decision by Airbus to cease costly maintenance support led Air France and British Airways to retire Concorde in 2003.

Thanks to Boom Technology, in league with NASA, Boeing, Lockheed Martin and others, the next generation of intercontinental travel is poised to rise. Advanced aerodynamic design, the use of carbon composites in the plane’s construction, and state-of-the-art propulsion systems will make supersonic flight a reality for the times we live in, promising both mind-bending speed and honest-to-goodness affordability.

The new plane boasts a cruising speed of Mach 2.2 (1,451 mph), 10 percent faster than Concorde. According to Boom, fares will be 75 percent lower than Concorde, costing about $2,500 for a three hour, fifteen-minute flight from London to NYC.

The XB-1 demonstrator, nicknamed “Baby Boom,” is under construction with test flights scheduled to begin next year. Five airlines have already placed advanced orders for 76 planes.

The New Realities of In-flight Entertainment

Airlines are focusing on breakthroughs in passenger experience (PaxEx) that will make flying as entertaining as possible, and in-flight VR is in their sights.

San Francisco-based Skylights produces an end-to-end in-flight VR entertainment system offering cinematic experiences in 2D, 3D, and 180 formats. The IMAX-in-the-sky features a headset designed to be lighter and more comfortable for long flights than heavier VR headsets like Oculus Rift, which weighs in at about a pound.

While some of the content will no doubt be a ubiquitous mish-mash of stylish corporate promotion and upselling, Skylights takes the sting out of enduring marketing messages with full, early access to the entire Dreamworks and Fox film catalogs. Offerings from Lionsgate, the BBC, National Geographic, and others are also part of the library. 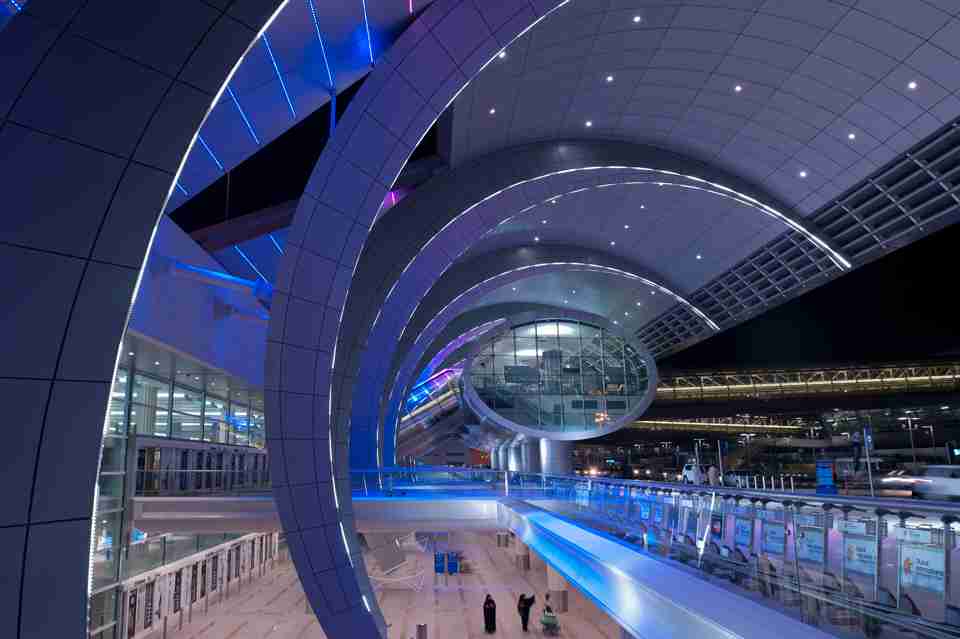 Blockchain, the capability behind bitcoin currency, is an ideal fit for today’s airlines. According to Accenture, the technology’s advanced reconciliation, data sharing, and privacy attributes can be applied throughout the commercial aviation ecosystem.

Airline data is stored in a maze of isolated systems, slowing processing times and making data exchanges difficult. Blockchain revises these processes, streamlining workflows and adding visibility at every step of data management.

The technology is poised to transform ticketing and loyalty points programs, protect passenger and crew data, and potentially eliminate paper-based maintenance logs. The consulting firm posits that Blockchain will “reduce complexity and costs while improving the travel journey with real-time travel experiences.”

Real impact also will be felt deeply in the air cargo sector. In March of this year, shipping and logistics giant Maersk inked a deal with IBM Watson to develop blockchain to revolutionize the global cross-border supply chain. For now, the initiative will focus on ocean shipping, but similar possibilities for air cargo are obvious. Blockchain can add unprecedented data security, workflow optimization, accuracy, and transparency to the documentation routines required to move transcontinental goods whether on land, sea or in the sky.

These Innovations are Announcing Their Boarding Call

Rolled out to 84 of Delta’s largest bag handling stations in 2016, the hands-free scanning technology lets agents do speedy inventory checks and pinpoint individual pieces of luggage in real time. Plans are in the works to expand the practice to all Delta’s connecting and mainline flights.

The middle seat moves from maddening to madly comfortable

One of the most delightful PaxEx innovations comes from Molon Labe Seating. Designed for low-cost carriers making short-haul flights, their Side-Slip Seat increases the aisle width by a full 20” during boarding and deplaning. With a touch of a button, the aisle seat slides over the middle seat. When the row is extended, the center seat is lower and farther back to add shoulder room and curtail armrest wrestling. The staggered configuration allowed Molon Labe to add a full three inches of lateral space, making the dreaded middle seat more comfy than aisle or window seats.

While airlines will come up with their own boarding patterns for the Side-Slip, the company recommends loading passengers from back to front, and from the outside to the inside. They project that the seat can trim 25 percent off boarding and deplaning time, saving carriers as much as $700K per day. Molon Labe expects the Side-Seat to be ready for flight by the end of this year. A seat designed for use on long-haul trips is currently under development.

The rise of urban air mobility

Yes, flying taxicabs are a thing, and Volocopter hopes passengers in Dubai are ready to start flagging them down. In 2011, the German aeronautics pioneer launched a manned flight of the world’s first fully electrical vertical takeoff and landing aircraft (VTOL).

Last year, Volocopter partnered with Dubai’s Regional Transportation Authority to begin testing their air taxis in Q4 2017. These multi-rotor sky taxis are zip trip only vehicles; the maximum flight time is 27 minutes at an optimal cruising speed of 31 mph and has a 17-mile battery range.

Project Vahana is the Airbus entry into the flying car space, and is working apace to make it the first autonomous aircraft certified for commercial aviation. The aircraft automatically detects and avoids obstacles and other flying machines.

Airbus will debut a full-size prototype before the end of 2017, and plans to have a production model ready by 2020. City Airbus, now in the concept stage, would enable passengers to order the flying car via smartphone.

Test projects aside, we won’t be hailing self-flying cabs anytime soon. Aside from the need to vastly extend battery life, obstacles include the creation of regulations to govern commercial autonomous flight, establishing safe overhead traffic patterns, rethinking urban planning to accommodate VTOLs, and, of course, selling the prospect to wary passengers. Sorting out these labyrinthine matters may take decades, which gives multiple players with skin in the VTOL game time to introduce their concepts to the world. 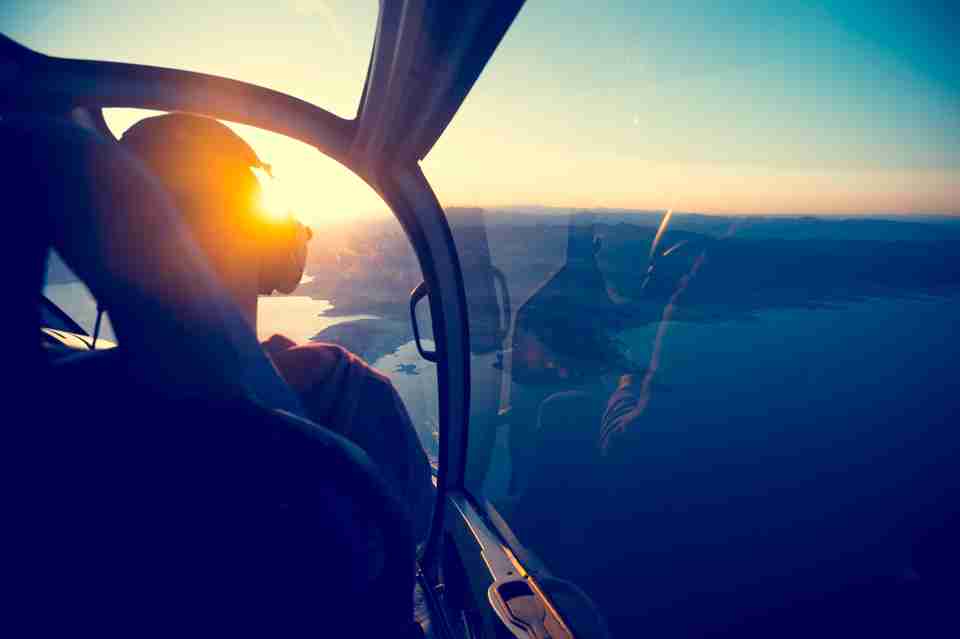 These engineering wonders are enchanting, but without navigators there’s no point to them. That brings us to the single biggest issue threatening to slow progress: a looming pilot shortage.

According to Canadian analyst firm CAE, the global commercial aviation industry will need 255,000 new pilots over the next 10 years. (North American carriers alone will need 85,000.) Half of the pilots who will fly the world’s commercial aircraft in 2027 haven’t even started training. Additionally, 180,000 first officers will need to become airline captains, over half of whom will replace those retiring.

Regional airlines have long been a source of new pilots for major U.S. airlines, particularly those with strong parent companies like Delta and American. For the independent regionals, it’s a different story.

Since 2010, when the FAA increased the flight time requirements for airline pilots from 250 to 1,500 hours, the time it takes to qualify for an open position takes about two years. Aside from adding pressure on the regionals to meet service demands, the added flight hours are a deterrent for many aspiring airline pilots.