Combating the Skills Gap in Manufacturing and Construction

What is the key to getting more young workers involved in these heavy industries?

What is the key to getting more young workers involved in these heavy industries?

Once upon a time, children in the United States aspired to be anything they desired. Some felt the call to enter a profession like law or medicine. Others heard the siren urging them to use their talents to build things. Somewhere along the way, the latter got pushed to one side. Now is the time to recapture the pride and the personal satisfaction that comes from being part of the construction and manufacturing industries.

These two heavy industries are facing a dilemma that needs to be addressed, and addressed soon, if crippling labor shortages and skills gaps are to be avoided. The current workforce is aging rapidly, with retirements looming and no new workers in the pipeline to replace those leaving. Logically, the newest generation of workers—millennials— should be recruited to fill the vacancies, but will that happen?

As recently as thirty years ago, vocational school programs was thriving in the United States. Finding a high school that did not offer some type of vocational course or class was difficult. Unfortunately, the push toward going to college rather than a technical school, or seeking an apprenticeship began to take precedence.

Little by little, teenagers were conditioned to think of vocational occupations as only being for those who couldn’t make it in college. Somehow, the skills and expertise needed to construct a house from a pile of materials or work an assembly line on the manufacturing floor were seen as lesser than the ability to draft a last will and testament.

The joy that comes from working with the hands and making something of lasting value no longer seemed as attractive as putting on a suit and being considered of high standing in the community.

As the emphasis on a college education and going into any field considered a profession gained momentum, vocational school clubs and classes offered at high schools fell by the wayside. Economic reversals like the recession that gripped the United States and much of the world beginning in 2008 seemed to bear out what people had been saying for a long time: without a college education and a career, there was no way to make it in this world.

Dan Campbell, CEO of Hire Dynamics, suggested that millennials don’t recognize how dramatically the sector has changed. But, perhaps more importantly, he pointed out that millennials can play a leading role in future developments if their needs are met. However, to this point, that hasn’t happened.

State of the Industries 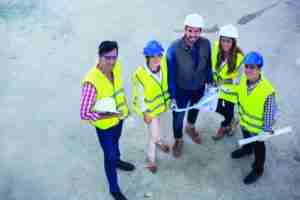 Like many industries, construction has taken a beating in recent years. 2015 saw a reverse of this trend, and the projection is that 2016 will see a 7.4 percent increase in non-residential construction spending.

Anirban Basu, Chief Economist for Associated Builders and Contractors, shed light on what is happening right now and what is expected for the future.

“According to the most recent survey, overall contractor confidence has increased with respect to both sales (67.3 to 69.4) and profit margins (61 to 62.9). And while the pace of hiring is not expected to increase rapidly during the next six months, largely because of the lack of suitably trained skilled personnel, the rate of new hires will continue at a steady pace.”

In manufacturing, revenue has been on the rise since the second quarter of 2009. In the most recent data, manufacturers contributed $2.17 trillion to the U.S. economy. And while the sector makes up about nine percent of the workforce in the U.S., the next decade will see about two million manufacturing jobs go unfilled out of 3.5 million that will likely be needed.

Both industries are going to be seeing a boom in opportunities, but the only way to meet the needs of customers is to rapidly close the skills gap. Here are a few ways construction and manufacturing companies can appeal to the millennial generation for workers.

Diversity is not something that is done just to paint a pretty public relations picture. Actively working to attract young talent that spans a range of ethnicities, cultures, genders, and backgrounds allows construction company owners to tap into fresh ideas about doing things.

Providing opportunities for young people to bring their strategies and approaches into the mix ensures that they feel more ownership and pride in the projects they complete. Along the way, they are likely to come up with ideas that lead to superior construction and better ways of managing the day to day function of construction sites.

Back to the Chalkboard 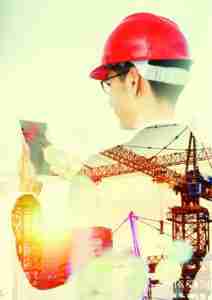 Vocational school programs must recover. Reversing the trend from the 1990s that moved away from vocational training to emphasize a college education must be set aside as a relic of another age.

Young people should be able to learn that it’s fine to work with their hands for the rest of their lives. The work isn’t mindless, lacking in fulfillment, or a sign that they are somehow deficient. Teaching those concepts while equipping them to go into construction or similar vocations will make them viable to a whole new generation.

Engage Employees as Part of a Team Culture

Calling a construction crew a team is easy enough. Becoming a team is harder. Company owners must foster a sense of “we’re all in this together” and ensure every person on a project is valued for what they bring to the table. That means offering praise when it is merited, help when it’s needed, and constructive criticism that is aimed on making the employee and the team stronger.

There are young people out there with the talent to meet the demand and move the construction industry forward? Will the leaders reach out to them and give them a chance to show what they can do? Doing so will mean changing attitudes and being open to new ways of doing things. Considering the alternative is to pursue what amounts to managed decline instead of recovery, the best choice is obvious.