Riding the tide of progress with a revolutionary water treatment project, Columbus continues to lead the nation in clean water innovation.

Riding the tide of progress with a revolutionary water treatment project, Columbus continues to lead the nation in clean water innovation. 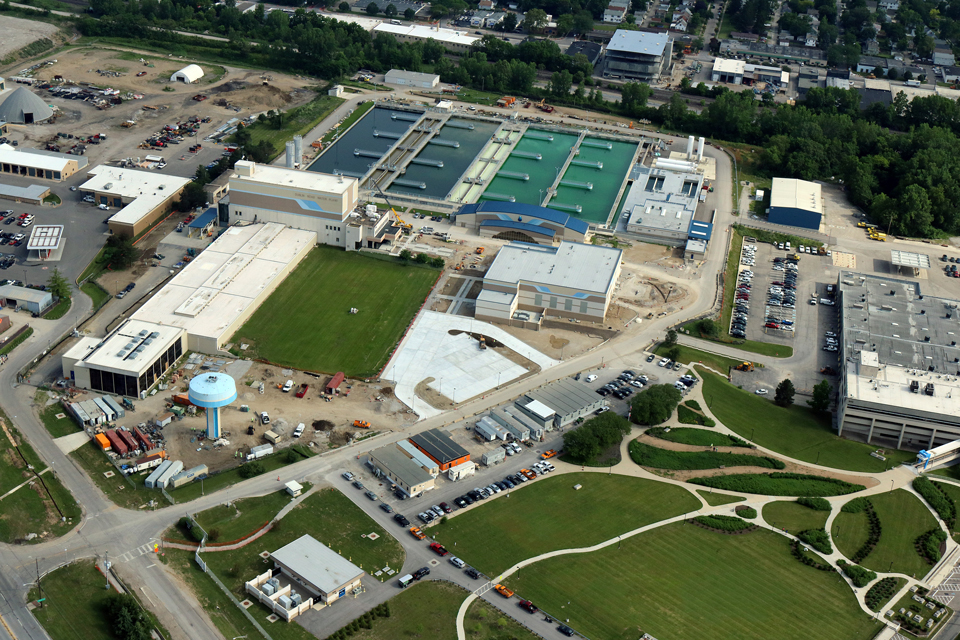 Ohioans know how to get things done.

In 1908, the city of Columbus constructed the Scioto Water Purification Plant and Pumping Station to supply drinking water to its citizens. The plant used a first-of-its-kind process to both filter and soften the water.

This new process significantly reduced occurrences of waterborne illness and was so effective that engineers from around the world came to visit and learn about the "Columbus Experiment". The treatment processes pioneered by the city are still in use today in Columbus and many other places around the world.

As the population of Ohio's capital continued to grow, the city built additional water plants to serve increased demand. In 1975, a new plant was built on the Scioto Plant site and renamed the Dublin Road Water Plant (DRWP). The new facility could treat 65 million gallons of water per day (mgd) using a conventional two-stage water softening process.

The DRWP has been providing safe, clean, and affordable drinking water to the city for more than 40 years.

"The plant is a tribute to the people who originally designed it and to the people who have been operating and maintaining it," enthused Opferman. "It's impressive that after 45 years of operation the facility remains highly adaptable. A lot of regulations have become more stringent and we are still able to meet those requirements. The heart of the plant is still there, and we want to get another 45 years out of it."

To do that, the Columbus Division of Water began planning for a major upgrade to the facility so that it could continue to serve the city well into the 21st century.

Matters of the Heart, Chemically-Speaking 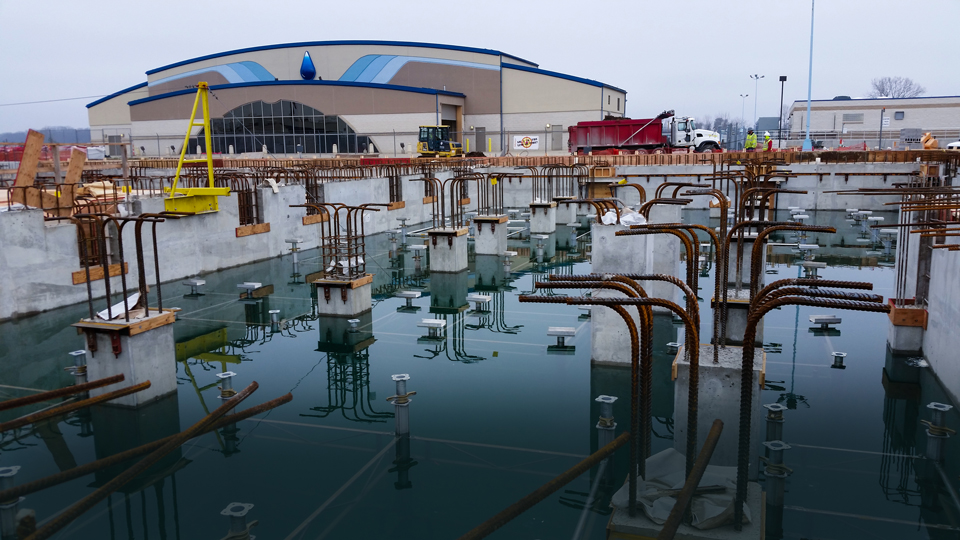 As the 14th largest city in America, Columbus is experiencing healthy growth. The Mid-Ohio Regional Planning Commission estimates the city's population will grow by an additional one million residents by 2050. Increased population means increased demands for potable water. The DRWP Capacity Increase Project will position the Division of Water to meet not only increased water demands, but it will also enhance the treatment capabilities of the plant and increase reliability and redundancy.

"In addition to expanding the plant's capacity from 65 mgd to 80 mgd and replacing aging physical infrastructure components such as pumps and motors, the water treatment process was also upgraded to keep pace with tighter federal regulations".

"We investigated ways we could bring the disinfection byproduct levels down to meet the Division's goal of always being less than 80 percent of any regulation. Ozone gas is highly reactive, so when it is injected into water it reacts with the organics that are present, and breaks them down from large complex molecules to simpler, organic molecules. Water then goes through the biological filters, and those filters grow healthy bacteria, which consume the smaller, simpler organic molecules to lessen the organics thus reducing disinfection byproducts when we add chlorine."

Fertilizer and pesticide use is part of life in Central Ohio's corn-producing regions. Runoff events can spike levels of nitrates and atrazine in the city's source water above drinking water regulations.

Columbus, on occasion, has violated the MCL for nitrate, most recently in 2015 and 16. The new anion exchange facility with nitrate selective resin will enable the city to remove nitrates from its source water and meet the regulation.

Upgrading and expanding the DRWP while ensuring uninterrupted water availability in the summer months and minimal disruption to the populace was a highly complex undertaking, especially when the City's other two water plants also underwent upgrades.

The water utility worked to build partnerships with all the project stakeholders, including the design professional, construction contractor, professional construction management team, city staff and regulators, which proved to be a difficult yet ultimately rewarding process.

"In the end, everyone pulled together and did a great job," Opferman affirmed.

As of this writing, the Dublin Road facility is 90 percent complete, with construction scheduled to wrap up in 2018.

"The DRWP Capacity Increase Project is not only a significant investment in public health protection, it also helps support development and economic growth in the City and surrounding communities [...] growing, vibrant communities need a plentiful source of clean, safe, and affordable drinking water," he added. 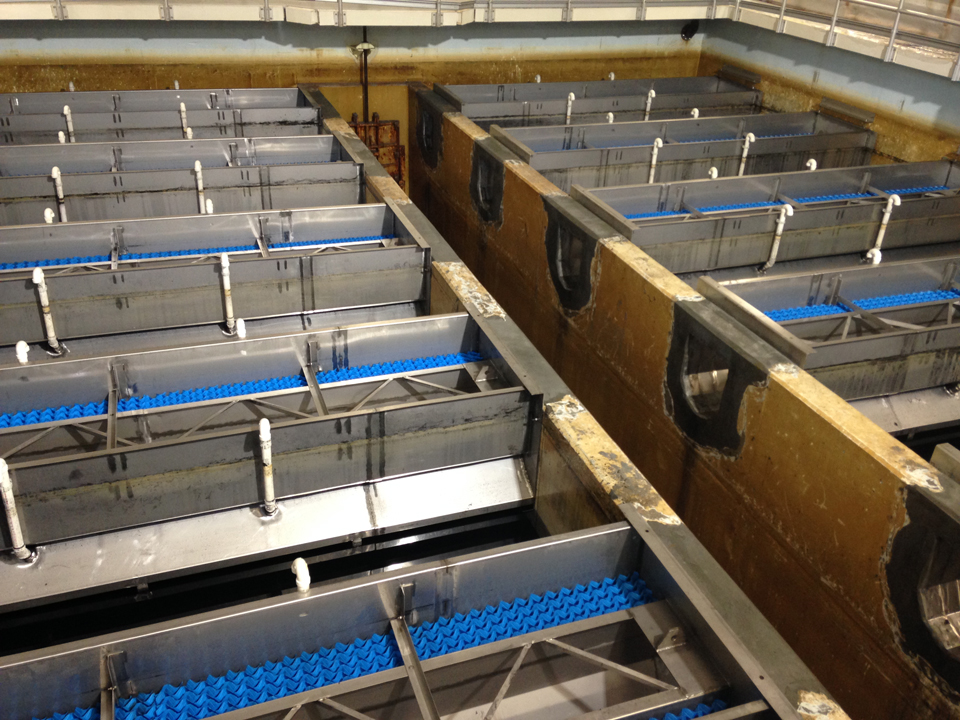 The largest water treatment facility in Columbus, the Hap Cremean Water Plant, was also upgraded with ozone-BAF to the tune of $75 million. Recently finished, it increased the plant's capacity from 100 mgd to 125 mgd.

That said, work on the Dublin Road project continues, with several impressive designs in process. They include ultraviolet (UV) disinfection and the installation of a standby power system that will allow the plant to continue to supply water during a region-wide power outage.

"We've done a lot of work, and we're close to being finished but there are still a few more things to do," Steele said. "When completed, Dublin Road will be one of the most cutting-edge water plants in the country with new, high end treatment processes."

Columbus recently completed construction of a new $120m upground reservoir, increasing the supply of source water to meet ongoing needs as it fulfills its destiny as one of America's leading metropolitan areas.

To enhance the quality of life, now and into the future, for people living, working and raising families in central Ohio through economic, efficient, and environmentally responsible stewardship of superior public utilities. 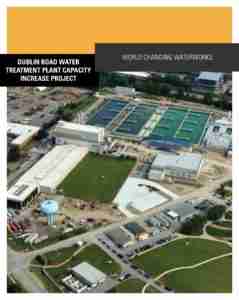